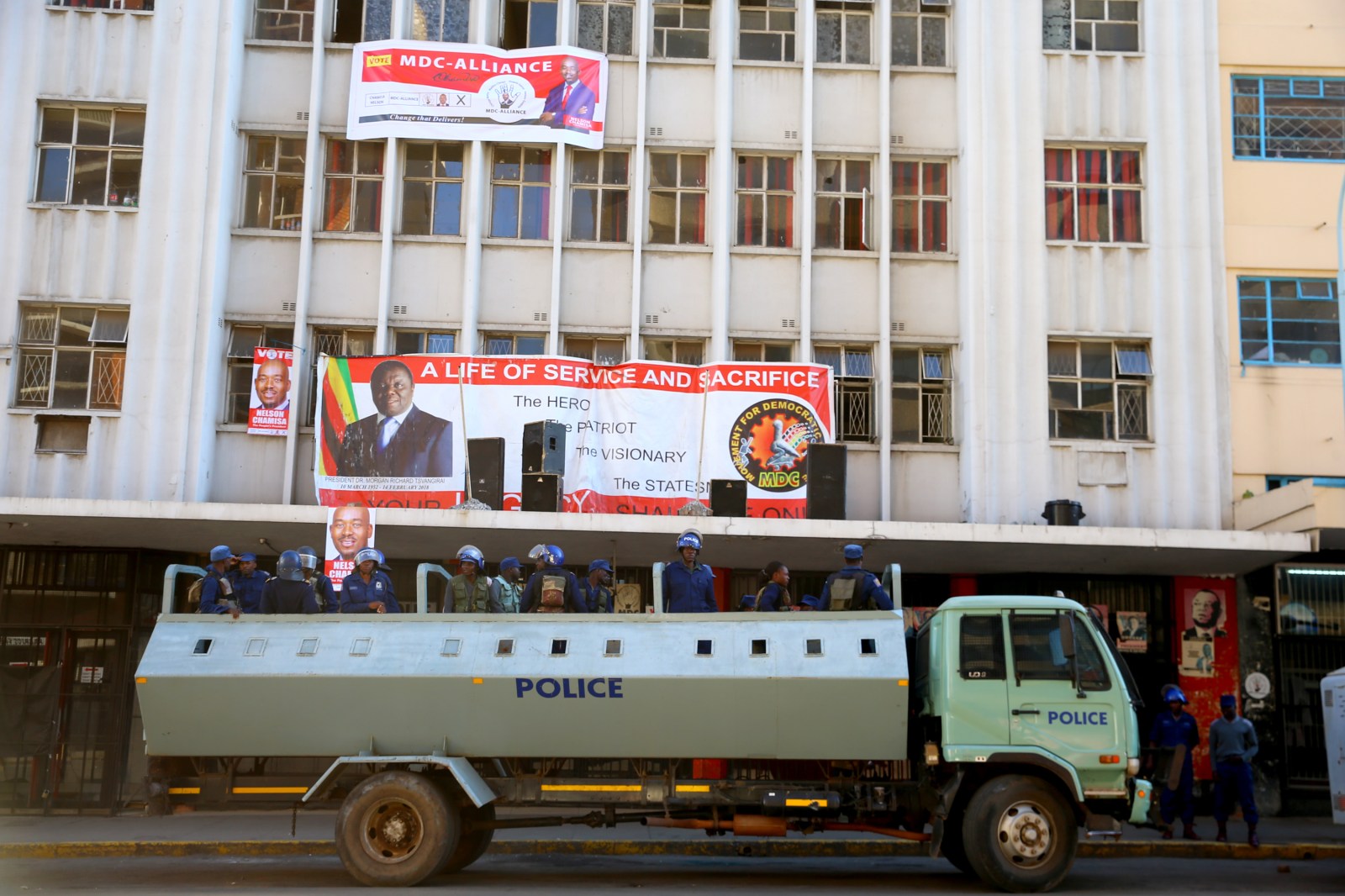 Zimbabwe’s ruling Zanu-PF has capitalised on the demographic advantage of as much as 67% of the population living in rural areas.

The past two decades have seen Zimbabwe experiencing record-breaking economic decay and political turmoil as corruption, poor policies and lack of the rule of law took centre stage.

Despite Zanu-PF being the party in power throughout this turmoil, it continues to get a majority vote.

Academic Professor Sabelo Ndlovu-Gatsheni, the head of the Archie Mafeje Research Institute based at the University of South Africa, in his research paper entitled Robert Mugabe war credentials – Zanu-PF winning card, posits that the general explanation as to why Zanu-PF continues to win elections is that they have long experience in rigging them.

Professor Ndlovu-Gatsheni in his research paper went on to cite the outcomes of previous elections where the Movement for Democratic Change (MDC) claimed that it had won both parliamentary and presidential elections only to be cheated and denied power by Zanu-PF.

Ndlovu-Gatsheni states that while the ruling party uses food and land distribution to win votes (mostly in rural areas), on the other hand the opposition MDC banks on popular anger rather than on its moblisation prowess.

The 2018 election, despite having new faces in both ruling party and opposition, saw the ruling party again securing a two-thirds majority and ultimately winning the presidential race.

Hopewell Gumbo, a social and economic justice activist, subscribes to Professor Ndlovu-Gatsheni’s sentiments, saying that most of the people in rural areas were given land and farming inputs, hence they have every reason to vote for the ruling party.

According to the Zimbabwe 2012 census statistics, 67% of the population in Zimbabwe lives in rural areas, and the ruling party has capitalised on this demographic advantage.

Kuda Chingwena from Murewa (90km from Harare), the only MDC councillor who won in Murewa, believes his victory was as a result of him being mobile and using all the communication channels available to reach people in his ward.

“You find our Zanu-PF counterparts would carry people to polling stations and in the process intimidate them particularly on where to put their vote,” he said.

Further, Chingwena feels if they had planned well and mobilised resources, they could have managed to counter the ruling party machinations – such as planting people in strategic places in a bid to intimidate rural voters.

However, Foster Munetsi, a polling agent for the MDC Alliance in Murewa, believes his party won but that the results may have been manipulated.

Munetsi, who finished secondary education in 2013, struggles to find employment and has been taken care of by his parents.

“It’s painful, I don’t even know where I am going. We need to liberate ourselves and the country the same way we removed Mugabe,” he said.

Despite the main opposition not accepting the ruling party victory, Fauna Mwendamberi, a voter from Bindura (situated 88km north-east of Harare) in Mashonaland Central Province, said despite wanting change and a better life, her party, the MDC Alliance, could have waited for the announcement of results before they reacted the way they did. She was referring to incidences of violence that left six dead and 14 injured, after the military moved in to quell protests.

“The MDC Alliance protesters ended up destroying property and burning tyres during the protests, which was uncalled for.

“There is a need for us to move on as a country and remain peaceful despite the outcome of elections,” says Mwendamberi.

Chingwena suspected that people had mixed feelings over the results but the demonstration by opposition members was too early.

“We could have at least waited for the results, then reacted afterwards,” says Chingwena.

Others feel there was a need for the MDC Alliance to provide evidence to back up their claims of vote rigging, though some felt the electoral body played around with the votes to ensure a Zanu-PF win.

Shingi Munyeza, president of the Evangelical Fellowship of Zimbabwe (EFZ) and Chairperson of the Zimbabwe Heads of Christian Denominations, spoke on the violence that erupted in Harare on Wednesday.

“The army was heavy-handed in dealing with the protests and we condemn the shooting of fleeing unarmed demonstrators. However, political parties did not show leadership in ensuring their supporters show restraint.”

Munyeza condemned violent demonstrations, saying that proper legal processes must always be followed and if citizens want to demonstrate they must do so peacefully as prescribed under law.

Chief Beperere of rural Zvimba (80km south-west of Harare), told Daily Maverick that the elections were free and fair.

“Everyone was free to vote without any disruptions or violence.”

He urged the country to be mature and focus on sustainability and development. Elections come and go, hence people should not lose hope.

“People in the rural areas vote for the ruling party because we all come from the roots (rural areas) and these people know their history as at some point they were once oppressed and they were liberated from the bondage by Zanu-PF. So they still follow the party that freed them,” Chief Beperere said.

Ngwerume feels it’s not proper for his party to demonstrate and incite people but to rather follow proper structures when taking recourse.

Ndlovu-Gatsheni felt that Zanu-PF won the elections because of the “feebleness of the opposition politics, its lack of political maturity, the vacillation of its leaders and worse still, its capitulation to the old disease of factionalism”. DM