Visiting the site of her detention, Barbara Hogan calls for empathy 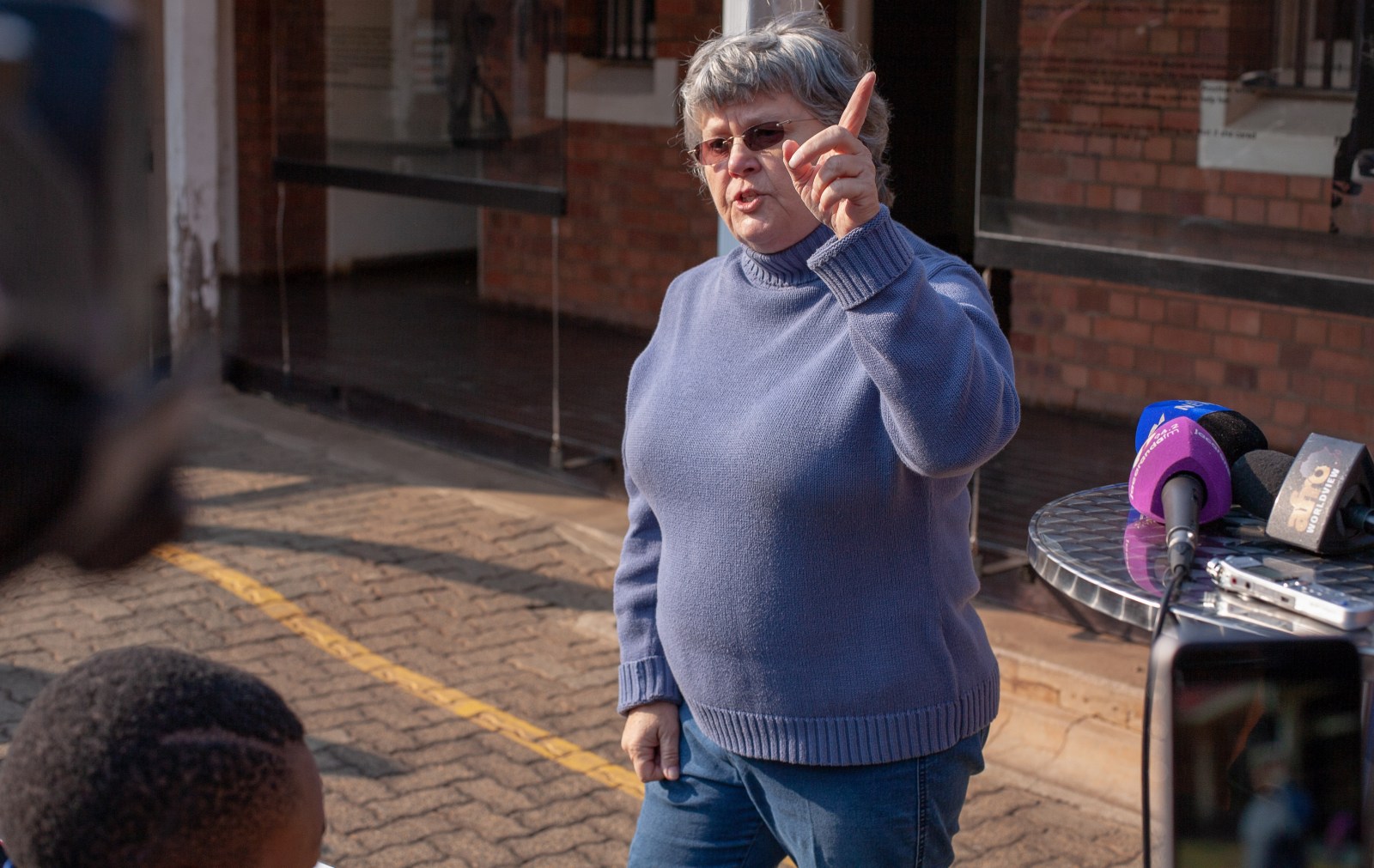 ANC anti-apartheid activist and politician Barbara Hogan visited the site of her former incarceration on Sunday. She called for empathy and understanding in the quest to create a more just society.

On Sunday, ANC anti-apartheid activist and politician Barbara Hogan stood outside the prison cell where she was locked up between 1982 and 1983 at the Women’s Jail on Johannesburg’s Constitution Hill.

She remembered a prison doctor who blamed a sick inmate, who had broken her hip and had a baby in prison with her, for her own predicament at the time.

“Phansi!” yelled someone in the crowd as Hogan described what she had witnessed.

Hogan, who was revisiting the site of her imprisonment to mark the launch of women’s month, said the natural reaction is to criticise the doctor for his callous attitude.

But she said we have to approach such situations, even when dealing with oppressors, with empathy, and understand the systems that drive individuals to commit evil.

“When you are in an institution that has strong rules and patterns of behaviour, as it can be in corporate, church or political parties, where evil persists in those institutions, people fall in line with it. It is very few who stand up against it,” said Hogan, before touring her former cell.

She said her wardresses often came to the Johannesburg prison from rural towns on the promise that they were going to help rehabilitate sex workers and drug addicts. When they arrived they stayed together in a hostel and became a part of a bureaucratic pecking order.

Hogan recalled how one wardress gave a few flowers to an inmate on death row. She said the guard was then isolated by her colleagues for her attempt at showing kindness.

She emphasised that one can only try to change society by first understanding the system.

“Empathy doesn’t mean that you like a person,” she said. “Empathy means you put yourself in someone’s shoes.”

“Grappling with issues psychologically, intellectually, makes you a better fighter,” said Hogan, who served as minister of health and public enterprises and was a critic of former president Jacob Zuma’s leadership.

“The things that we have to grapple with is the complexities of the issues,” she continued.

Hogan said activists today should understand how systems of oppression work, what pressures people to endorse and support such systems, and then figure out how those structures can be manipulated.

“It’s coming to terms with why is it there in the first place,” she said.

Last week, thousands of women marched across the country to mark the launch of women’s month and highlight the crisis of gender-based violence and the banner #TotalShutdown. Hogan added her voice.

“We are protesting, we are making it visible and that’s got to be done. Because without that visibility and without people understanding that this is not the norm; women must not be abused in every possible way. We need to take it up a notch, we need to question what allows it to continue to happen.”

Reflecting on her time in prison, she also noted how excluded prisoners are. She recalled the opposition to turning the former apartheid women’s jail into a museum, which some former prisoners thought was “beautifying” their space of horror.

On the brutality that occurs in incarceration, Hogan noted how marginalised inmates are and the abuses they suffer.

“Prisoners do not need to be told that policeman beat up prisoners. They know it,” she said.

The former jail has been turned into a museum and Hogan spoke alongside a placard with one of her comments.

“They didn’t want me to be seen by the other prisoners because I was considered to be a dangerous terrorist. When I went for my bath they led me around the back of the building.”

The jail was racially segregated during apartheid. DM