After the poll: Protecting the Zim’s democratic façade 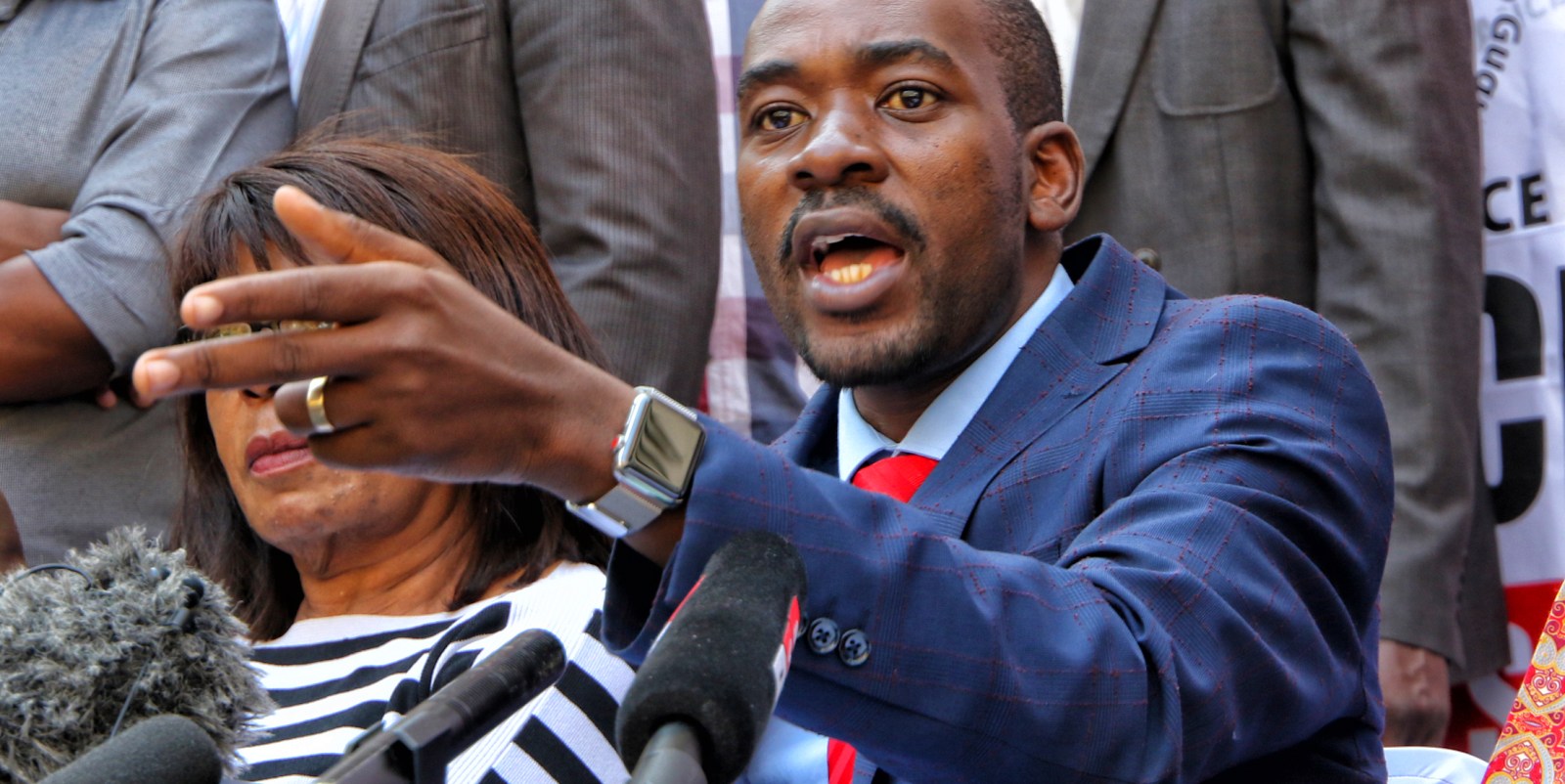 There’s been a steady flow of reports and pictures in the past few days of Zimbabwean opposition supporters in Harare getting harassed by the country’s security forces. It seems Zimbabwe is set to suffer from a coup hangover for quite a while yet.

There was some excitement as scores of journalists waited for a joint press conference by the police and army, just after noon at the sports club inside the police’s Morris Depot, near the imposing police headquarters in Harare.

Many of the non-local journalists, including the SABC, have started making their way home as the excitement of the elections has passed. It was a lazy Sunday at the depot, which has police housing quarters, a supermarket, sports fields and an empty swimming pool, but after an hour and a half of waiting – which included some cameramen relaxing on the green grass near the beer garden – journalists packed up and left. The Zimbabwe Republic Police spokeswoman said the press conference would be rescheduled.

Some speculation had it that the police were poised to go, but the army wasn’t quite comfortable with this level of media interaction.

Reports about harassment of opposition supporters by the army have been steadily pouring in after soldiers were unleashed on an MDC post-election protest on Wednesday, despite president-elect Emmerson Mnangagwa reaching out to the opposition with an olive branch. The local Daily News carried eyewitness accounts of random beatings by soldiers and the breaking up of social gatherings, by presumably the same army which “liberated” the Zimbabwean people from Mugabe in November 2017 through a coup-not-a-coup.

There have also been reports of harassment and abduction of MDC supporters and their families.

The army, however, said soldiers had not been deployed to residential areas to carry out these misdeeds.

Sunday’s press conference was perhaps meant to make good, and it’s likely to have been scheduled at the advice of president-elect Emmerson Mnangagwa’s smooth-talking PR agency – the same one that is advising him on how to improve the country’s image as one open for business.

A veteran Zimbabwean with knowledge of the security situation said the country was headed for turbulence.

These incidents pointed to “a continuation of last year’s coup d’état”, the veteran, who preferred to remain anonymous for now, said. He said last week’s election was meant to “window-dress to justify to the international community that democracy indeed is coming – which is the antithesis of a coup”.

When supporters of the MDC started protesting on Wednesday with claims of rigging, the Zanu-PF-led government wanted to protect this democratic façade, he said.

To attract investors, “they will have some kind of [Rwandan president] Paul Kagame arrangement with benevolent dictators in place”, he said.

Strict security and certainty benefit those with money, and in some instances the army is deployed to protect business interests, such as mines. Sjambok-wielding soldiers hardly ever harass the elite.

The theory goes that MDC Alliance presidential candidate Nelson Chamisa took the ruling party by surprise because of his popularity. According to official tallies, he got just over 44% of the vote, with Mnangagwa narrowly avoiding a run-off (which happens when neither candidate gets over 50%) with 50.8%.

Chamisa’s people have, however, indicated they could lodge a dispute over what they claim are rigged results – and right now they only have to convincingly account for fewer than 40,000 rigged votes out of more than five million to force a run-off.

While Mnangagwa wants to act presidential, “he has taken that trajectory on his own”, the veteran said.

“The old securocrats, the men in uniform, are still in the ‘old order’ mentality. It is these guys who are causing all this mayhem,” he speculated.

Everyone still wants to know who it was that ordered the army to shoot to kill on Wednesday – Mnangagwa claimed ignorance and said a team comprising local and foreign investigators would probe this.

It’s possible that the soldiers could have been from the regular army, the presidential guard (which takes orders directly from Mnangagwa) or the Green Bombers party militias, youths trained under the party wing to handle AK47s.

It could also be that vice-president Constantino Chiwenga, who was the Zimbabwean top general during the coup, and who has kept a low profile in the elections aftermath, was doing his own thing.

The veteran said Chiwenga wanted to retain power at all costs, because he has invested much in the coup and its aftermath.

“If the opposition wins this election, what will happen to him? This is a guy in panic mode,” he said.

Thus, the continued attacks are aimed at weakening the MDC and weeding them out to prevent a challenge to the elections, he said.

So far, the strategy has made life difficult for the MDC. Chamisa, for instance, has refused to divulge the party’s immediate next steps.

“We must be transparent but we cannot be naked,” he said at a press conference which, bizarrely, was disrupted by riot police beforehand who said they thought it was an unlawful political meeting.

“We are in for a deep problem,” the veteran said.

After all the hope the country had, there’s now doubt whether investors would put their money into a country with so much instability.

Observer missions are still working on their final reports, but despite some severe reservations, this election is likely to get the okay from them.

Western sanctions could, however, stay for a while longer – or at least until the soldiers return from the suburbs back to their barracks. DM