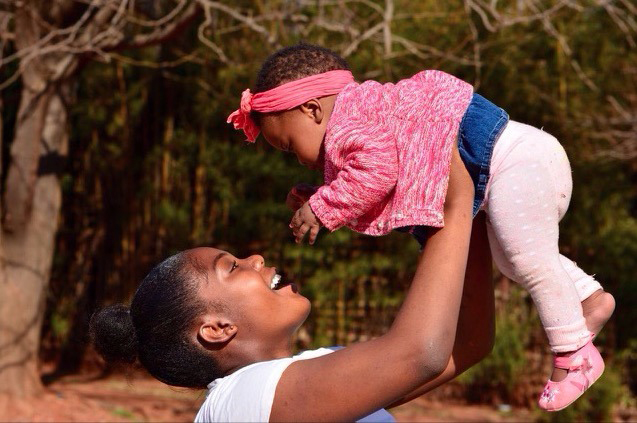 When a government bungle leaves you without a salary for the month it’s stressful. When one month turns to two, it’s panic. When two months look like it may be three, it spells certain hell.

This was Martha Lubada’s reality this winter. The caregiver and teacher at TLC Children’s home in Eikenhof, in the far south of Gauteng, was caught up in a Department of Social Development (DSD) data capturing mess that left her employer off DSD’s new system of verified service providers and left her without a pay cheque for two months. Without the subsidy, the home that’s cared for abandoned babies for the past 25 years was in operational dire straits.

“I was very sad and worried when two months passed and there was no money to pay us. But I still had to come to work. This job is a calling; I couldn’t walk away because those babies are like my own children. TLC gave us food parcels and what little they could pay but we didn’t get salaries,” says Lubada, who is a mother to a six-year-old and has worked at TLC for 18 years.

Days before the expected DSD July payment date of 27 July, TLC was once again told that they were likely to face a third month without their subsidy, as the system glitch persisted.

“My child was going to be expelled from school if didn’t pay school fees for three months. I’m also am the breadwinner in my family and I didn’t know what to do,” says Lubada.

“We have always tried to operate with a financial buffer but with this government mess-up dragging on we were left with zero reserves.”

Jarvis submitted their documentation for the DSD’s new service provider verification process by the February deadline. By April they were expecting the first of four tranche payments of R300,000 for the year. At that point TLC was informed they were not on the new system for approved service providers despite meeting DSD’s check boxes and having so-called “green status”. They were told to resubmit paperwork.

She’s relieved but still dismayed that a system’s glitch put them under such anxiety.

“We are not against the verification process, but that process and those systems should work. It should never be a case that a system trumps the care of human beings,” says Jarvis.

Already as it is, she says running a children’s home in a time of economic downturn and deepening donor fatigue is pushing them and many other organisations to the edge.

“Two years ago TLC faced six break-ins and robberies on our plot so we had to use our reserves to upgrade security. Our fund-raising efforts have increased but we’re still not meeting our targets. We’re finding that with the VAT increase and the petrol price increases more and more people are contacting us saying they can’t keep up their debit orders donations. We rely heavily on these monthly donations. The government subsidy covers about one-tenth of what the home needs to operate,” says Jarvis.

She says corporates are also aligning their social investment plans with causes that have better BEE scorecard ratings. These focus on “in vogue” causes of education and socio-economic development like entrepreneurship and youth development. It pushes abandoned babies lower down the list of priorities.

Jarvis adds that donations of general provisions are invaluable, as is volunteers’ time but they can’t pay electricity bills with baby formula.

Nerissa Roberts, community manager of For Good, a company that connects corporates and individuals to causes and charities, says they are finding that NPOs are having to focus more on business management and financial planning than on just doing their charity work. For many organisations it’s expertise they don’t have and extra burdens to carry.

“Children homes are low on the list of charities that people are interested in right now and if for causes relating to the environment, animals or religion you can almost forget about getting any interest,” she says.

Roberts also bears out that TLC is not a lone casualty of DSD’s bungling in its efforts this year to clean up their verification system. In March the national DSD reported that they had 188 548 registered NPOs countrywide but only 32 235 were regarded as compliant. The majority in their databases were still required to undergo “reporting” to be verified.

In Gauteng, there are 2,300 NPOs that receive around 63% of the provincial structure’s R4.6-billion budget, according to Mbangwa Xaba, DSD spokesman for the Gauteng MEC. He says in the wake of the Life Esidimeni tragedy a more stringent verification process of NPOs had to be established. At least 144 mentally ill patients died when the Gauteng Department of Health started in 2015 to move patients from Life Esidimeni to various NPOs. Some of these organisations proved to be unfit to care for mental health patients.

Xaba says it’s regrettable that TLC’s subsidies were delayed and acknowledges that there may be other organisations facing similar problems.

“Ordinarily this verification process should be straight-forward, but individual organisations having such problems should get in touch with the social worker assigned to them and ask for the matter to be escalated,” he said.

NPOs will have to undergo the verification process on an annual basis to be approved for DSD funding. Xaba says the next approval cycle starts in September.

For the likes of Jarvis and Lubada it’s more paperwork and more red tape. Still, they’ll go through the motions because they say they’d rather jump through bureaucratic hoops than walk away from babies in need. DM