Mercedes-Benz C-Class: How new is new?

Mercedes-Benz C-Class: How new is new? 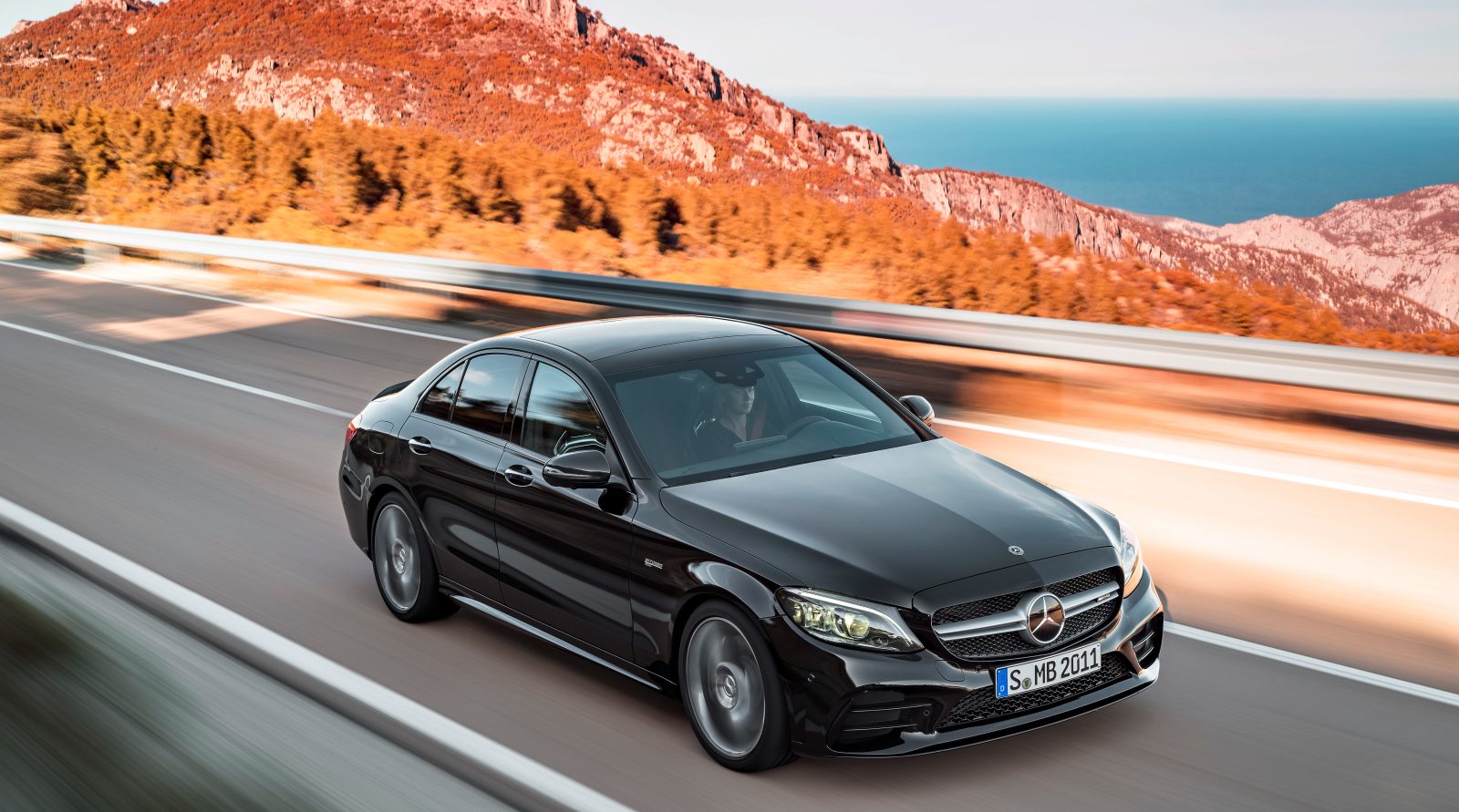 Mercedes-Benz describes its updated C-Class as a new model. In reality, it’s an revamped version of the existing W205 – albeit a comprehensively updated one. So how much better is the face-lifted C-Class? And what made the launch a particularly significant one?

Ironically, the just updated Mercedes-Benz C-Class launch may not be remembered because of the car it showcased, as good as it is. Instead, it’s the venue of the launch that took centre stage, so to speak.

For decades, the Rotunda in downtown Johannesburg, adjacent to Park Station, was the booking and ticketing HQ for all local and international bus, rail and air travel. Refreshingly daring back in the 1960s, the round building with its domed copper roof was a proud symbol of mobility.

But when the advent of on-line bookings made conventional, paper-based ticketing redundant the Rotunda fell into disrepair, eventually becoming little more than just another derelict space in a city of neglected buildings.

Those attending the South African launch of the latest C-Class this week encountered a totally different Rotunda: a magnificent circular space, crowned by that iconic dome. The building was completely restored by Mercedes-Benz SA for the occasion and, for now, is called Mercedes-Benz World.

It won’t remain that way, though. Once the auto maker’s tenure is over (the venue is also being used for dealer training and fleet events), the Rotunda will be repurposed as a youth-focused retail space.

It will be linked to the old Airways Centre building behind it (now being refitted as student accommodation) and an adjacent study and lecture area under the Rissik Street overpass, also upgraded by MBSA .

It’s a way for the car maker to give something back to the community Johannes Fritz, Co-CEO of Mercedes-Benz SA told me at the C-Class launch event.

“It’s not just a wonderfully unique space, but also one that will now live on in a new role.”

That backstory provided an added sense of significance to the launch of the upgraded C-Class, which is produced in the MBSA plant in East London and exported worldwide. The mid-life revamp links some cosmetic tweaks to a revised model and engine line-up.

Like all premium brands, Mercedes-Benz sales in SA are under pressure. The country’s economic gloom has brought affordability into sharp focus, and many former luxury car buyers have had to make more pragmatic car purchasing choices.

The premium sector sagged by around 13 percent last year, affecting all three main players – Mercedes-Benz, BMW and Audi – and making an already highly competitive market tougher than ever.

The C-Class update is meant to rekindle interest in what is an important contributor to MBSA’s overall sales volumes. While the sedan derivative is by far the most popular C-Class derivative, buyers can also choose from two-door coupé and cabriolet models.

As facelifts go, this one’s fairly subtle in aesthetic terms: new headlights, taillights, bumpers and, on sportier models, splitters and diffusors sum up the visual nip and tuck. The actual cosmetic execution depends on the model variant: the C-Class comes in elegant Standard, sleek AvantGarde and sporty AMG Line flavours.

In front, a new bumper and revised headlights create a bolder ‘face’. Importantly, the headlights are now LED-powered across the range, and feature eye-catching daytime running lights.

The rear tweaks comprise reshaped LED taillights and a more streamlined bumper. Oh yes, and let’s not forget the new alloy wheel designs in various sizes, depending on model.

If that sounds a little underwhelming, don’t despair: the really important stuff is under the C’s sleek sheet metal. Mercedes points out that some 6,500 parts of the car are new – that’s almost half of the car’s entire parts complement.

Under the skin there are new and updated engines, new gearboxes, upgraded electrics and more sophisticated tech. Of particular note is the brand new 1.5-litre four-cylinder turbo petrol engine in the C200 models.

The advanced power unit features 48V electrics and an integrated starter/generator that adds an extra 10kW and 160Nm to the regular 135kW/280Nm under acceleration, boosting performance, response and, ultimately, efficiency. The starter/generator also recuperates energy under braking.

Dynamically, the king of the C-Class pride is the Mercedes-AMG C43 4Matic, which gains 17kW of power for a total of 287kW, while torque remains pegged at 520Nm. Rear-biased all-wheel drive is standard.

There’s bad news for manual gearbox enthusiasts, though: the entire C-Class range now comes equipped with Mercedes’ 9G-Tronic nine-speed automatic gearbox only. That said, I can’t see too many C-Class buyers asking for a stick shift …

The cabin has received some attention, too. There are new multifunction steering wheels with touchpads borrowed from the S-Class, improved infotainment displays, the option of a digital cockpit instead of analogue instruments, and a long list of added-cost extras to personalise individual cars.

Safety, a core value of the Mercedes-Benz brand, is enhanced with a raft of standard and optional driver assistance systems, some of which border on semi-autonomous status.

Active brake assistance and adaptive main beam headlights are standard, but on offer on the extras list are the likes of active lane change assistance, cruise control with active distance control, active parking and more.

During the day-long launch event in a dry and dusty Gauteng south of Johannesburg, I got to briefly sample three different examples of the updated range. As much as the C43 4Matic was the most exciting (and best equipped) car on offer, it was the C200 that shone brightest.

The new engine is a masterpiece, employing its electric trickery so seamlessly that it feels much bigger and more powerful than the actual 1.5-litre capacity implies. The power delivery is instant and completely lag-free, and in Sport mode, the gearshifts are satisfyingly incisive, too.

Make no mistake: this is not a baby AMG. But the C200 feels brisk and confident, and it delivers a smooth and fuss-free drive. The steering errs on the wrong side of comfort, with responses that feel overassisted – but that’s in line with its target market.

Some of the examples we drove were fitted with the digital cockpit and larger 10-inch infotainment screen, and both are worthwhile additions. The digital instruments offer a choice of three different layouts and provide a bright and colourful display, while the larger screen for the Comand infotainment system is a real step up.

The interior execution of the examples I drove was well up to premium expectations, but as is typical of this segment, buyers should expect to budget for some key extras not included in the standard price.

Talking of which, a baseline C180 sedan with no extras retails for R594,500, while opting for a glamorous Mercedes-AMG C43 Cabriolet will set you back more than R1.1-milliion. Yes, pricing is unashamedly premium.

The upside of facelifts like this is that they end up addressing any shortcomings of the initial release, and there’s no doubt that this is the best C-Class to date. Given the highly competitive market, expect attractive trade-in and financing deals, too.

And the next time you drive past the Rotunda, tip a proverbial hat to Mercedes-Benz for rescuing an architectural icon from dereliction … DM