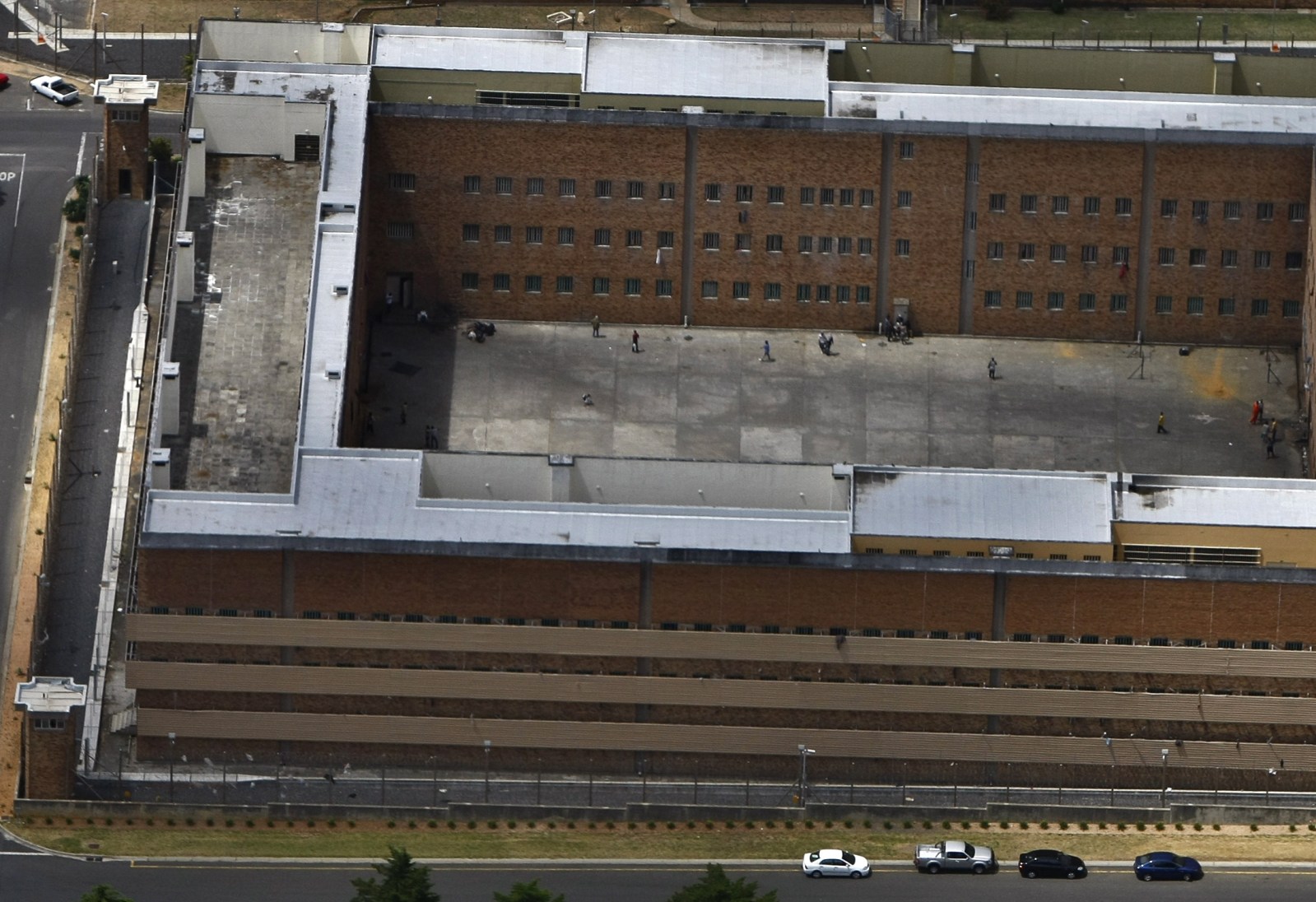 A photo made available 01 March 2010 shows an aerial view of Pollsmoor Maximum Security Prison accommodating over 4,000 of South Africa’s most dangerous criminals with Nelson Mandela being the most famous former inmate of the prison in Cape Town, South Africa, 09 January 2010. EPA/NIC BOTHMA

South Africa’s move towards decriminalisation aligns with the developmental approach to crime and violence.

Speaking at the launch of the United Nations Standard Minimum Rules for Treatment of Prisoners (Nelson Mandela Rules) on 25 July 2018, Minister of Justice and Correctional Services Michael Masutha said drastic steps need to be taken to reduce South Africa’s prison population. In particular, “government is considering the release of non-violent awaiting-trial prisoners who cannot afford bail and the decriminalisation of certain non-violent crimes, such as sex work”.

South Africa’s move towards decriminalisation is progressive and consistent with the recently adopted regional standards of the African Commission on Human and Peoples’ Rights, the Principles on the Decriminalisation of Petty Offences in Africa (Principles).

Decriminalisation refers to the process of removing an act that was criminal and its associated penalties from law. The Principles focus on petty offences, which are defined as minor crimes that are not serious, and the punishment is usually a warning from the police or courts, community service, a fine, or a short time in prison.

These petty offences include non-violent crimes. Other examples are loitering, being a common nuisance, urinating in public, bathing in public, washing clothes in public, hawking, and obstructing the flow of traffic.

The decriminalisation of petty offences will no doubt contribute to reducing overcrowding in South Africa which has a prison population of 160,000 with only 119,000 bed spaces available, resulting in an overcrowding level of 37% (according to the Judicial Inspectorate for Correctional Services 2016-2017 Annual Report). Overcrowding is a violation of the right to be free from cruel, inhumane and degrading punishment or treatment. (See African Commission Communication Communication 54/91 In Malawi African Association and Others v Mauritania)

It has a negative impact on the health of prisoners, and overcrowded conditions make prisoners susceptible to diseases such as tuberculosis, which can spread easily in such conditions. It also affects the staffing-to-inmate ratios of professional services and hampers the potential for effective rehabilitation of inmates.

With remand detainees and unsentenced offenders making up almost half of the prison population, it is important for South Africa to critically review all its laws creating petty offences and establish whether a criminal justice response is even appropriate. The Principles emphasise the need for states to have appropriate responses to deal with social ills in order to reduce the backlog in African criminal justice systems.

Petty offences in South Africa such as bathing in public, urinating in public and washing clothes in public criminalise ordinary activities and have a disproportionate impact on poor people. They can be imprisoned for failure to pay a fine, resulting in a criminal record which hampers access to employment opportunities. In 2015 there were 7,468 people detained because they couldn’t pay bail. Of these 76 % were unable to raise a bail of R1,000 or less. Decriminalisation will ensure that South Africa does not continue to criminalise poverty and entrench stigma against poor people.

The Principles call on states to address the root causes of poverty instead of criminalising life-sustaining activities. South Africa’s move towards decriminalisation aligns with the developmental approach to crime and violence, espoused by the White Paper on Safety and Security (2016).

In addition, the National Development Plan acknowledges the relationship between poverty, inequality and crime and its impact on safety outcomes. The South African government must continue to seek appropriate interventions for preventing crime and violence such as creating a conducive environment for employment and provision of sanitation services in marginalised communities. A criminal justice response to what are essentially socio-economic problems does not resolve the challenges posed by petty offences. DM