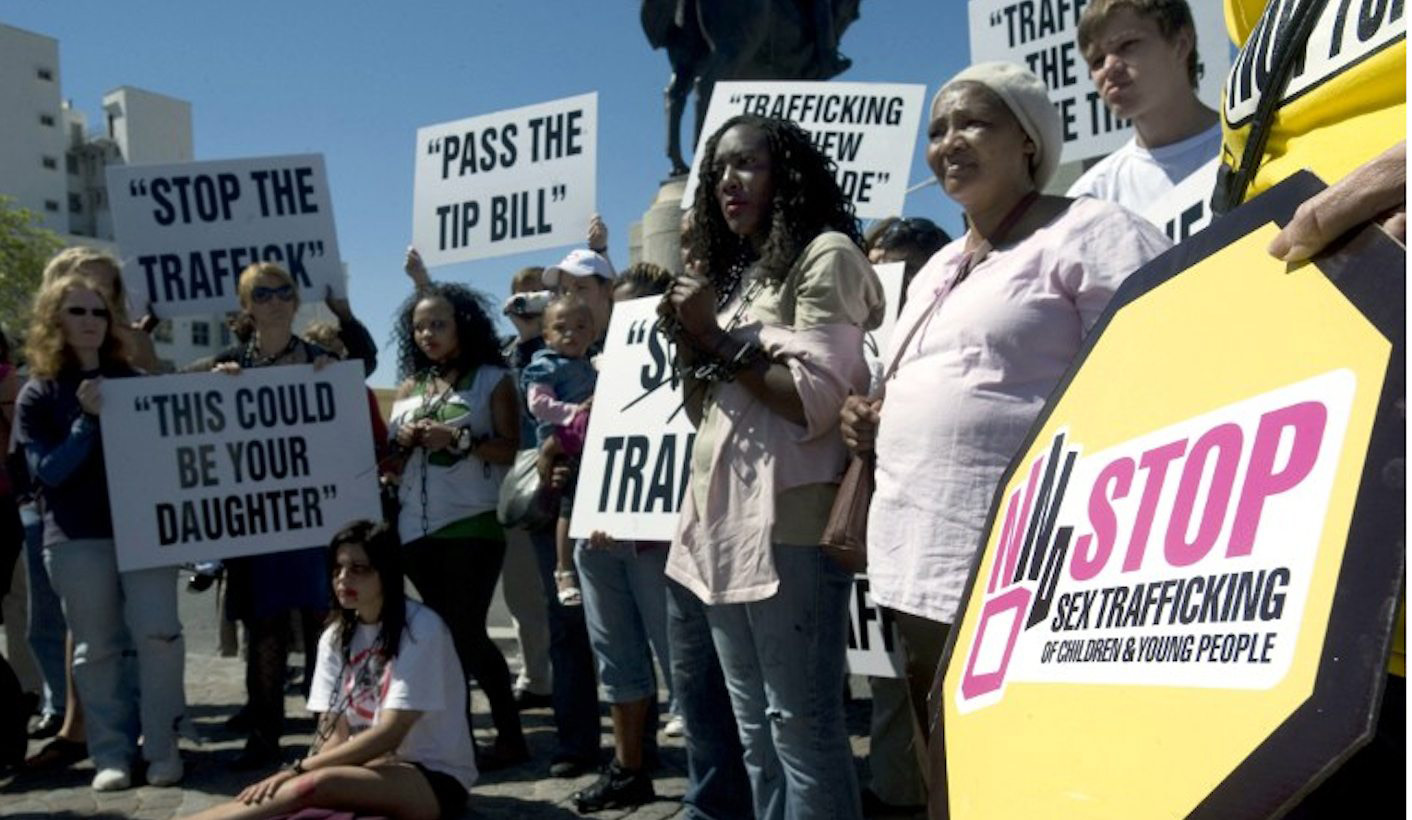 Training must be upgraded so that police can play a positive role in joint anti-trafficking efforts. Matt Herbert for ISS TODAY

Global statistics show that just two years ago, there were about 25-million labour trafficking victims in the world – 3.8-million of whom were forced into the sex trade. In Africa, 3.4 million people had been trafficked into forced labour by 2016.

Victim identification and the prosecution of offenders in Africa is extremely limited. In 2017, only 24,138 trafficking victims were identified, and 454 traffickers convicted.

The best way to deal with human trafficking is through a holistic approach. Social service providers, civil society, the private sector and the general public all have roles to play in identifying and helping trafficking victims. At the same time, the ability of law enforcement to respond positively is equally important.

Law enforcement officers such as police and gendarmes play an important legal and practical role in identifying and investigating cases of human trafficking. But there is often limited understanding of what human trafficking is and how it manifests. Police tend to view trafficking through the lens of prostitution and sexual exploitation alone, while missing far more pervasive types of trafficking like labour and forced marriage.

Officers are often not well equipped to interact with trafficking victims. In some cases, victims feel as abused and exploited in their interactions with police as they do with their traffickers.

Poor performance by law enforcement globally on human trafficking shows the need to strategically rethink the nature of training in this area for police officers and gendarmes. Such training is often missing or inadequate. It should be mainstreamed, modernised and standardised at all levels.

First, training on human trafficking should be integrated into all curricula at law enforcement academies and taught to all personnel. There is a tendency to provide training to only specialist investigatory units. While these units have an important part to play, first responders and general investigators must also know how to spot and respond to human trafficking. They are the ones most likely to come into contact with potential victims in the course of their normal duties.

Main streaming also requires that human trafficking training not be a one-off affair. A single basic training module isn’t enough. To be effective it must be repetitive, and provided at academies in basic and continuous training, including in the field through remote video instruction or mobile training teams.

Second, counter-trafficking curricula must be modernised. This is especially necessary for first responders, who must understand complex trafficking laws and procedures. This includes how to conduct and record interviews with trafficking victims and witnesses and how to help and protect victims.

Modernisation includes preparing officers to better spot potential trafficking victims, especially those who are in sectors not typically associated with crime, such as forced labour. Because the nature of trafficking and the factors that drive it differ across jurisdictions, what is taught must go beyond best practices and international norms. Courses must detail the reality and dynamics in each context.

One way to do this is through structured feedback channels between local police and gendarmes, and training academies. Also, targeted field research, developed by training institutions, non-governmental researchers or civil society, can be used to capture context-specific dynamics.

Modernised law enforcement training should also prepare officers and gendarmes to work with others involved in preventing trafficking. Incorporating lectures, structured interactions and simulations that bring together police and social service providers, civil society and private sector actors can help show the value of non-law enforcement actors and improve co-operation between all stakeholders.

But it’s not only what is taught that must be modernised, but also how human trafficking issues are taught. Training should be dynamic, with realistic situations used to test application of skills. Actual cases should be studied and critiqued for what could be done differently.

Finally, instruction should be standardised. Different law enforcement agencies run their own training units. Curricula and training methods may be standardised within these units, but this rarely happens between agencies. A lack of standardisation can lead to differences in perceptions and responses, which isn’t good for inter-agency co-ordination and co-operation. Routinely convening training staff from different agencies to share advances in curricula and teaching approaches is essential.

This standardisation should be extended internationally. While laws are country-specific, trends in trafficking and best practices in identifying victims can be applied more broadly. Neighbouring states should standardise the ways in which they teach people to deal with this crime, and engage in joint training. This can enhance bi-lateral and regional co-operation against human trafficking.

With these advances in law enforcement training, responses to human trafficking can improve. Instead of being ancillary actors, at best, police and gendarmes can be proactive partners in the joint effort to solve the problem. Improving law enforcement training is however not a quick fix. It will take time to yield results; but it is never too late to start. DM

Matt Herbert is a Senior Research Consultant on migration, ISS