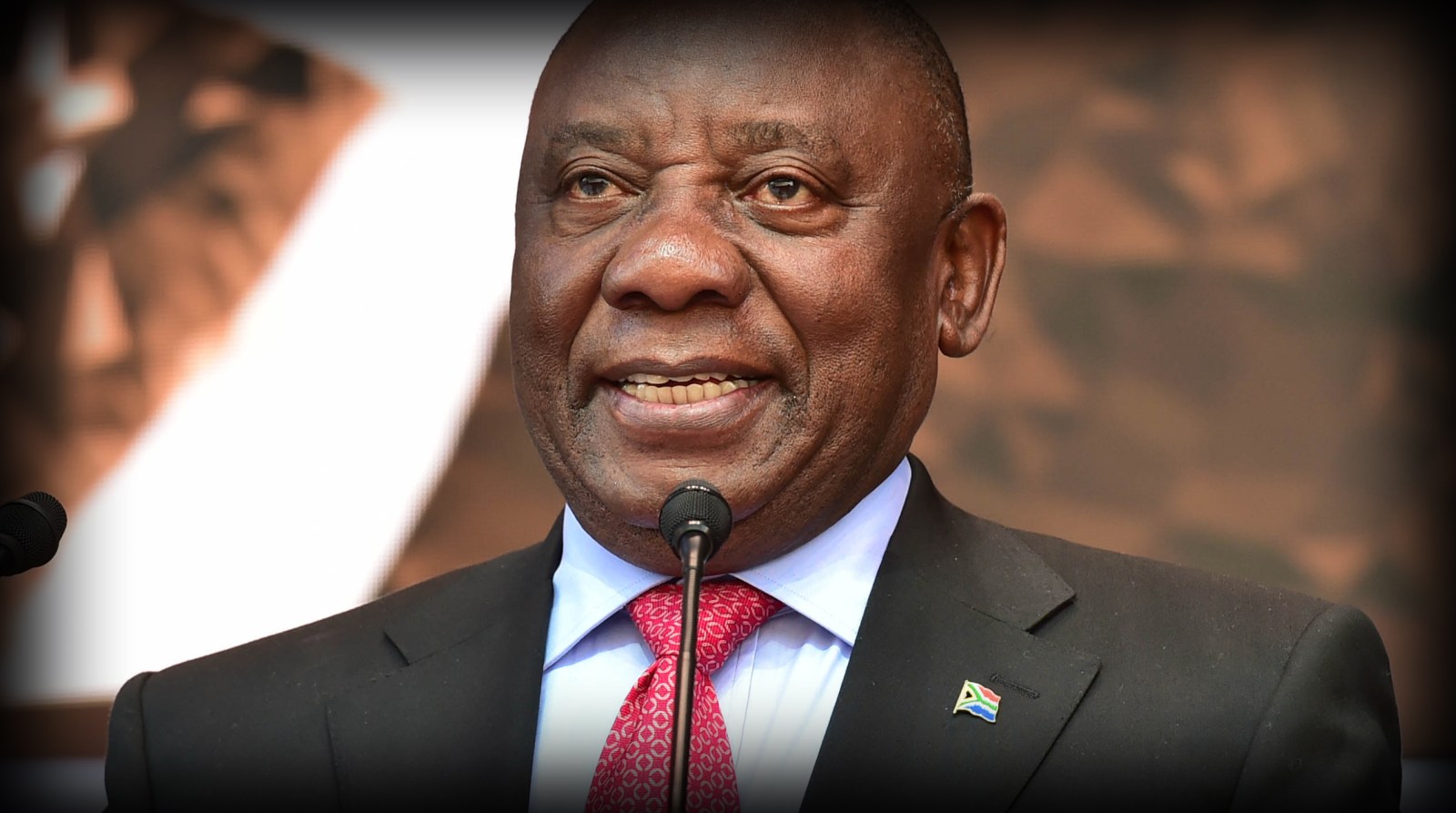 President Cyril Ramaphosa delivered a six-minute address to the nation as ANC president late on Tuesday where he announced that the ruling party will move to amend the Constitution to allow for expropriation of land without compensation. He also announced that the ANC has called on government to develop and implement a stimulus package to ignite growth in the economy – on the same day Statistics SA announced a growth in unemployment figures.

During its two-day ANC lekgotla, the ANC realised it had to do something urgently to tackle the dismal state of the economy – or at the very least be seen to be doing something. It decided that it cannot be on the wrong side of history and cannot allow its political opponents to lead the popular cause for expropriation of land without compensation.

In a move that made little PR sense, Ramaphosa “addressed the nation” through a recorded message – well after 22:00 on Tuesday – as ANC president, announcing that the party will move to amend section 25 of the Constitution to explicitly allow for expropriation of land without compensation.

“…the ANC will, through the parliamentary process, finalise a proposed amendment to the Constitution that outlines more clearly the conditions under which expropriation of land without compensation can be effected,” Ramaphosa announced.

He said the intention of this proposed amendment is to promote redress, advance economic development, increase agricultural production and food security. At the same time it is aimed at transforming the unjust spatial realities in urban areas.

“The lekgotla reaffirmed its position that a comprehensive land reform programme that enables equitable access to land will unlock economic growth, by bringing more land in South Africa to full use, and enable the productive participation of millions more South Africans in the economy,” he said.

Ramaphosa’s announcement comes less then three months after the ANC’s land summit decided there was no need to amend the Constitution and that it does not impede expropriation of land without compensating in its current form. The ANC resolved at its December conference to expropriate land without compensation but could not find consensus on whether the Constitution needed to be changed to support this. The party’s about-turn from its its land summit is an indication of the public pressure.

It is unclear what impact the ANC’s decision will have on Parliament’s Joint Constitutional Review Committee’s public hearings on the need to amend Section 25 on the constitution. Those hearings are at the tail end and it seemed the overwhelming view across the country was in favour of changing the Constitution.

“It has become patently clear that our people want the Constitution to be more explicit about expropriation of land without compensation, as demonstrated in the public hearings.”

The decision to change the Constitution will not come without a pushback from the markets. The land issue has become a point of concern for the President’s own economic envoys who have been trying to secure investment in South Africa. The consequences of the decision would be far-reaching for the country’s already strained economy.

In addition to the announcement on land, Ramaphosa noted that the ANC was worried about the current state of the economy and, as a result, instructed government to develop and implement a stimulus package aimed at igniting growth and job creation.

“This stimulus package will be based on existing budgetary resources and the pursuit of new investments while remaining committed to fiscal prudence,” Ramaphosa said.

This seems to be the President’s promise to the markets – that the stimulus package will not be a bunch of promises South Africa cannot afford.

The promised measures to help reboot the economy include increased investment in public infrastructure, entrepreneurship support and trade support measures for sectors that are negatively affected by imports.

Ramaphosa said the stimulus package will also ensure that procurement focuses on localisation and that there should be training for unemployed young South Africans to compete in a rapidly changing economy.

“As deployees of the ANC in government, we have committed that the work to develop this stimulus should start now to ignite growth, tackle unemployment and mitigate the effects of the rising cost of living,” he said.

It is an interesting question as to why Ramaphosa announced the stimulus package before Cabinet took time to consider it. While the ANC lekgotla sets the tone of the Cabinet lekgotla – which is due to begin on Wednesday – it is unclear why the ANC thought it was prudent to put the cart before the horse.

These decisions by the ANC will have as far-reaching political consequences as they will have economic ones. It seemed the party hoped that Ramaphosa’s tone would calm anxiety from business while quelling perceptions that his administration was sitting idly while the economy deteriorates.

Democratic Alliance leader Mmusi Maimane dubbed Ramaphosa’s announcement as “reckless and irresponsible”, saying it will fuel the jobs crises in the country.

“It is quite remarkable that on a day that has seen unemployment rise again to levels of a humanitarian crisis – the highest in 15 years – the ANC has decided to ramp up its efforts to undermine economic growth and job creation and play Russian Roulette with the economic future of SA,” Maimane said in a statement.

He further said a true stimulus package “ought to include actual reform that sees cuts to the bloated Cabinet, and governance and structure reforms to State-owned Entities”.

The EFF’s Floyd Shivambu tweeted that Ramaphosa’s announcement “represents capitulation and surrendering to the demands of the people”.

He added: “The people under the leadership of the EFF have spoken”. DM