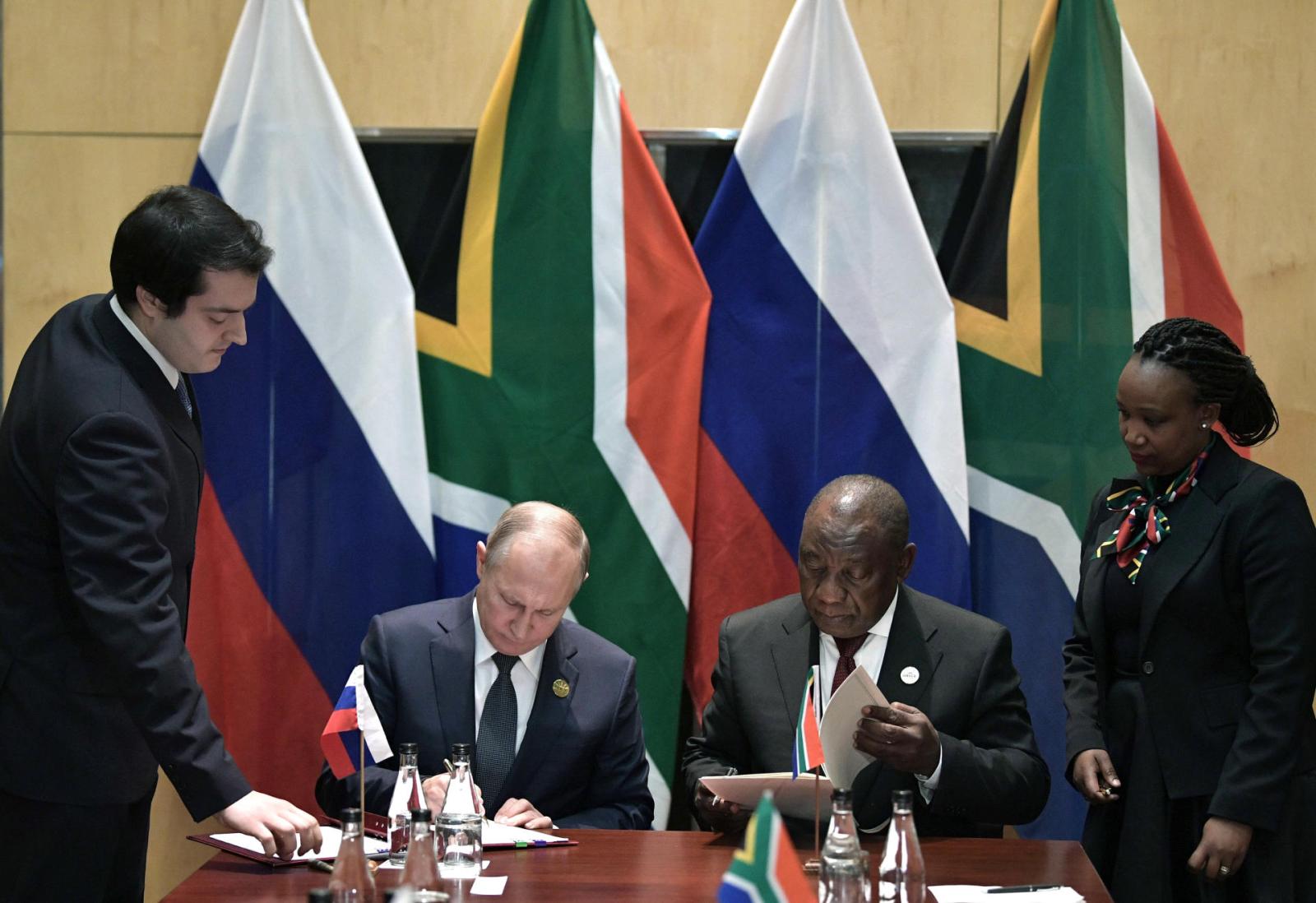 The rest of the continent is looking to South Africa to push for shared value from BRICS.

Once the pomp and ceremony and the rhetoric have been subtracted, did the 10th BRICS (Brazil, Russia, India, China and South Africa) summit in South Africa deliver much for Africa?

The theme was ‘BRICS in Africa: Collaboration for inclusive growth and shared prosperity in the Fourth Industrial Revolution’. As it did when it hosted its first BRICS summit in 2013, South Africa included an ‘Africa outreach’ component to last week’s summit. Heads of African regional organisations and of all southern African states were invited to meet the BRICS leaders.

Rwandan President Paul Kagame, speaking as African Union (AU) chairperson, declared that “there is a clear convergence of interests between Africa and BRICS members”. The partnership was important, he said, because BRICS and Africa “have a common interest in an open and fair international system”.

This is the major ideological thrust of BRICS, and this summit issued a strong message in favour of open markets to counter rising global protectionism.

Kagame also believed that strengthening cooperation with BRICS would contribute to human security, especially employment for Africa’s youth. He proposed greater collaboration in industrialisation, infrastructure and peace and security, which he said were at the heart of the AU’s Agenda 2063 development road map.

He suggested that the African Continental Free Trade Area launched this year and the more unified and effective AU – both of which he has been driving hard – would help boost economic and other relations with BRICS and the rest of the world.

The summit’s 106-point Johannesburg Declaration seemed at first glance rather lacking in any specific benefits for Africa. But Namibian President Hage Geingob picked out a few.

One was the commitment to greater cooperation on peace keeping at the United Nations (UN) and particularly South Africa’s initiative for a BRICS working group on peacekeeping. Although the five countries have different levels of commitment to peace keeping, all make some contribution.

Interestingly, none of the African leaders asked when or if they were likely to be able to tap loans from BRICS’s $100-billion New Development Bank (NDB). As Ramaphosa said, the NDB is the most concrete expression of the benefits of BRICS membership – proof that “it is not just a talk-shop”.

NDB president KV Kamath told the summit that the bank was “now fully operational and is in a rapid, though prudent, growth phase”. It has approved loans for 23 projects for about $5.7-billion to the five member countries. It plans to up this to some $7.8-billion by year end.

South Africa has received two loans so far – $180-million to connect independent renewable power-producing plants to the national grid and $200-million to refurbish a container terminal in Durban’s harbour. Kamath had earlier been quoted in newspapers as saying the bank would lend another $600-million this year.

He said the NDB – which the BRICS countries see as a complement to the World Bank – was now moving beyond financing renewable energy into rural roads, ecosystem restoration, water supply particularly in rural areas, irrigation system restructuring and energy conservation.

He said the bank’s Africa Regional Centre which opened in Johannesburg last year was now operational and that it is “… the face of the bank for the African continent and will progressively support a growing range of our work”.

The centre was envisaged also as the NDB’s launching pad into the African hinterland. Yet it has not ventured beyond South Africa. Why?

South Africa’s Leslie Maasdorp, vice president and chief financial officer of the NDB, said the bank’s statutes allowed it to lend to non-member countries “if there is full agreement by the board of governors who are the five ministers of finance, the shareholders. But those would be in exceptional cases. So the borrowing members now are (just) the five BRICS countries”.

Maasdorp said it was “highly improbable” that the bank would now approve a loan to any other African country. However, it was likely that it would agree to finance a project to bring offshore gas from Mozambique to South Africa, for example, because South Africa would benefit.

There have been rumours that the bank, through the Africa Regional Centre, is contemplating financing phase two of the Lesotho Highlands Water Project. This would benefit South Africa by increasing the water it already receives from its mountainous neighbour.

The project would of course also benefit Lesotho, by increasing its water sales to South Africa, perhaps also boosting its hydroelectricity output, and creating jobs and other construction by-products.

Maasdorp said that would be the kind of project the NDB would support. He didn’t speculate about why the five BRICS governments hadn’t yet decided to finance infrastructure projects beyond South Africa.

Pretoria is believed to be pushing for these, to justify its BRICS membership to its African peers by stressing the pass-along benefits. But the four other members seem hesitant. Perhaps they are just being financially prudent.

Anton du Plessis, head of the Institute for Security Studies (ISS) in Pretoria, says BRICS commitment to Africa “must move beyond mere rhetoric”. Kagame’s proposal for a “mechanism to ensure delivery of agreed areas” between BRICS and Africa is one possible concrete action.

“This is obviously important for Africa. South Africa’s role will be vital to its own credibility and ability to drive broader reforms in Africa (through the AU for example) and keep African support for its larger foreign policy ambitions, including on the UN Security Council,” he said.

South Africa starts a two-year term on the Security Council next year, and expectations from African states – not least about the shared value of BRICS – will be high. DM