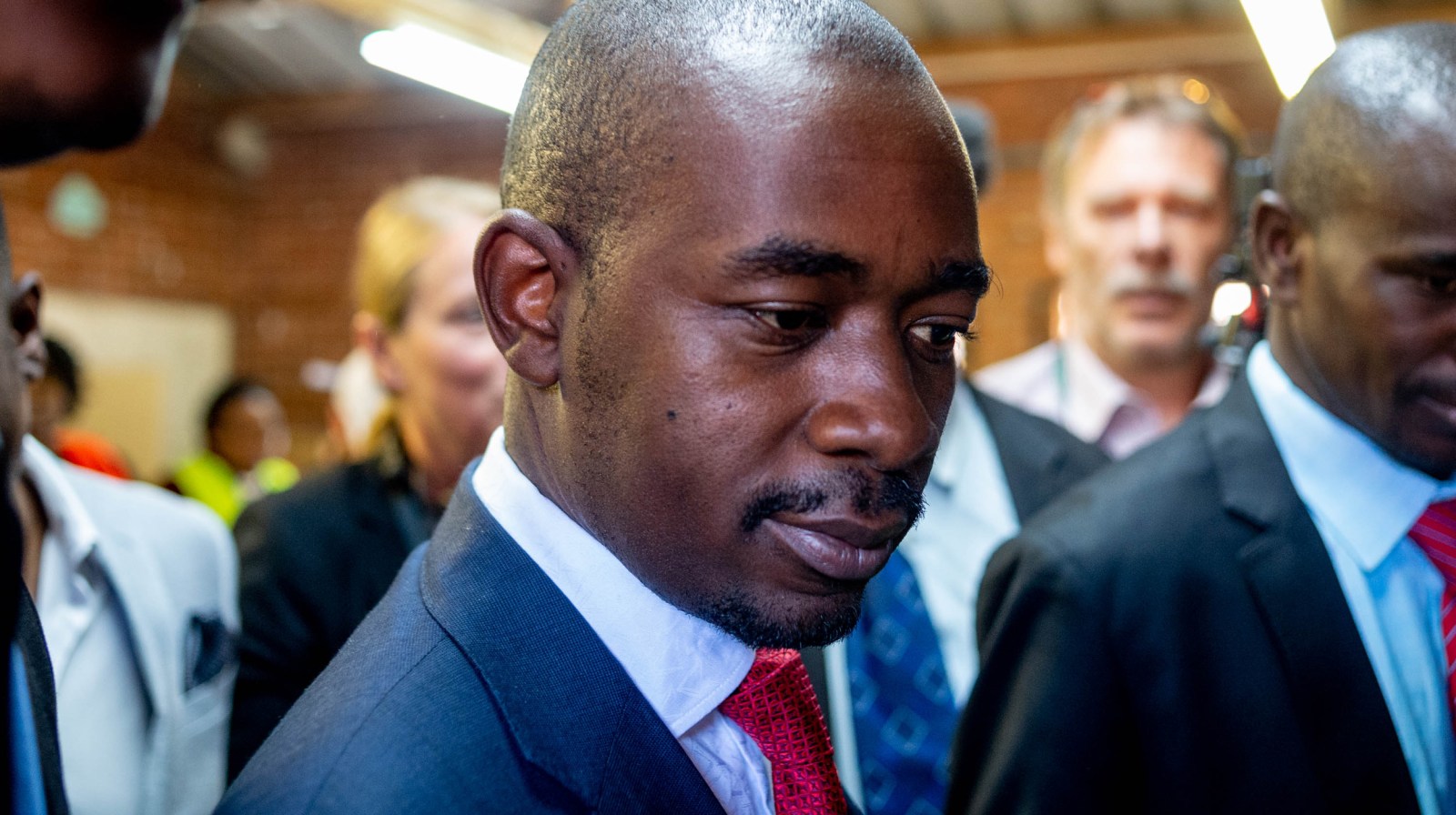 On Monday voters thronged polling stations to cast their votes and decide the future of the country after 38 years of Mugabe misrule that resulted in record-breaking hyperinflation due to poor policies, corruption, and economic mismanagement.

The Central Business District (CBD) in the capital, Harare, on Monday morning was almost empty. The normally packed streets and pavements in the CBD, where vendors sell various wares such as fruit, vegetables, groceries and second-hand clothing, were clear as the sky but people started to trickle in during the afternoon and late hours of the day.

After voting, Nyasha Moyo from Chitungwiza in Harare reverted to her daily hustles and went to her stall in the CBD where she sells lemons and dried fruit.

“I believe my vote will make a difference and I’m hoping to see the economic situation improving,” Moyo said.

She explained that her biggest challenge was the cash shortages and customers being unable to buy her goods, resulting in her not earning much.

“If people don’t have money then no one will buy from us, I need to afford at least basics for my children which I’m failing currently,” Moyo said.

Despite the excitement and zeal that most Zimbabweans exuded on Monday, they were back to their lived realities, which most voters who spoke to Daily Maverick said they are determined to change by casting their votes.

Long, winding queues were already building up as early as 05:00 despite voting starting at 07:00. The young, old, people from different social classes, made a great spectacle and waited patiently for their turn.

Chamunorwa Mhundwa, 32, who voted for the first time at Glen View (a high density suburb) polling station in Harare, said:

“It is the desire to build a better future for my children that has pushed me to vote.”

Mhundwa told Daily Maverick that he is not pleased with the life he is living, unable to fend for his family and having no means to build a home for them.

“Previously I used to run my own business, selling spare parts, but due to the harsh economy my business collapsed,” Mhundwa told Daily Maverick.

A taxi driver in Harare, Christopher Gani, said by voting on Monday he has played his role and contributed to the future of the country.

“Life has not been easy in Zimbabwe, but I did what I could and will leave the rest to God; he knows what is right for this country,” Gani said.

The contest for the highest post between President Emmerson Mnangagwa against his main opponent, MDC Alliance leader, Nelson Chamisa, is said to be too close to call. The major contenders made pledges during their countrywide election campaigns to resuscitate the ailing economy, emphasising employment creation and attracting investment.

Whoever wins this election faces the enormous task of putting the country back on track after 38 years of Mugabe misrule that resulted in record-breaking hyperinflation due to poor policies, corruption, and economic mismanagement.

In 2013, then president Robert Mugabe won the country’s presidential election. Of the 2,110,434 votes, Mugabe got 61% of the total votes and Tsvangirai 34%. The ruling party also secured a two-thirds majority in parliament. However, the then MDC-T president, the late Morgan Tsvangirai, who succumbed to colon cancer early in 2018, described the 2013 elections as null and void.

The electoral body revealed that voter turnout was around 75%, higher than the previous election. Voting ended on Monday at 19:00 and counting of votes has begun. The Zimbabwe Electoral Commission (ZEC) has announced that final results will be released within five days. DM