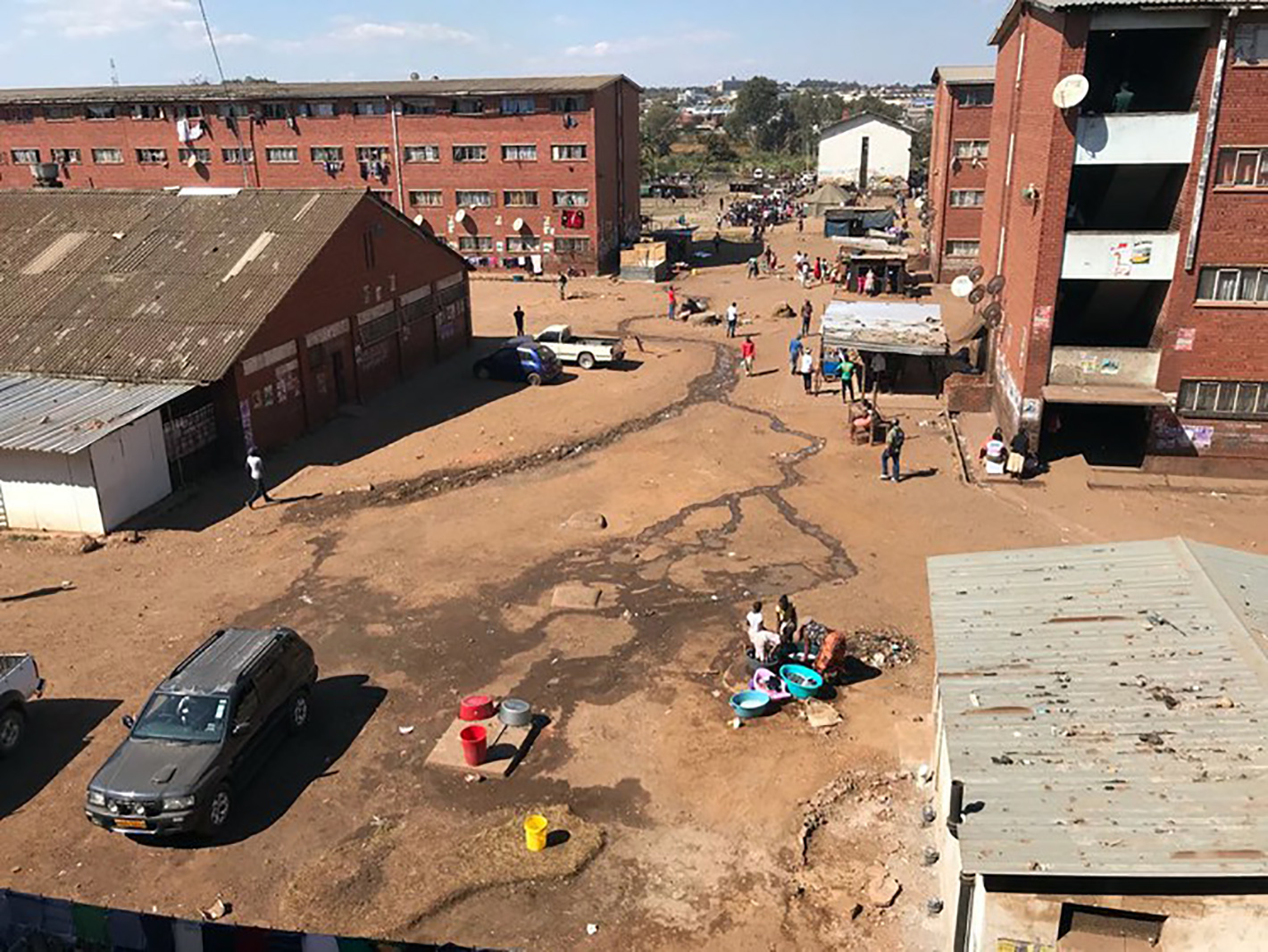 People live in poverty in these hostels in Mbare, Harare. Photo Courtesy Groundup

‘We live in a pool of faeces. Yet they want to control who we vote for.’

Matapi and Matererini hostel residents in Harare said they voted in fear on Monday after being intimidated by the area’s Zanu-PF committee.

Residents told GroundUp that Zanu-PF members threatened to have them removed from the hostels if they vote for the opposition. A Zanu-PF representative in the area dismissed the allegations as opposition party fabrications.

The hostels are in Mbare, Harare’s first established township. They are home to some of the city’s poorest people. Many rely on informal trading for survival. The dreams and hopes of young people who grow up in the area are limited by the fact that their parents can seldom afford to pay for their education.

The Zimbabwean government has done little to improve the lives of people here, but they have exploited this Zanu-PF stronghold for political gain. According to residents, Grace Mugabe visited the hostels during her campaigns in past elections, but her promises have not materialised.

Residents say they are threatened and coerced by Zanu-PF members to vote for the party. Yet the Mbare hostels are saturated with dirt and burst sewage pipes. Up to 300 people use one toilet in each hostel and the toilets have no flushing system, so people have to fetch water from boreholes. The buildings and toilets are in such a bad state that on several occasions they have been condemned by Zimbabwe’s Ministry of Health.

“The Zanu-PF committee told us that they would know if we voted for the MDC,” said Jane (name changed), a 60-year-old resident. She said that before the election Zanu-PF committee members told people that the hostels belong to Zanu-PF and not the opposition. At about 4am on Monday (the day of the election) one of the committee members was heard shouting that anyone who voted for the opposition would be dealt with. Jane claims that the area’s Zanu-PF committee demanded that everyone who voted should put their signature in a book, as an indication that they had voted.

During previous elections people have complied with the demands of the committee. “They said we should know where our bread is buttered. And for years this is how we live in these dirty hostels.” However, Jane said she was tired of intimidation and that whoever she voted for was her business. “My vote is my secret. If the committee knows my vote then the elections would not have been free and fair.”

Tari (name changed), also a hostel resident, said she almost panicked when she went inside one of the tents which were being used for voting in the area. She says she thought of a time when her hostel block went for two weeks with no electricity because the Zanu-PF committee switched it off believing that opposition party members were living in the block. Her husband is in Durban in South Africa and has not come back home for years. She said she was afraid of losing her home. “At the end of the day I panicked and voted in the best interests of my family,” she said.

Other residents said they were afraid to be open about their affiliation with opposition parties. “These block of flats are controlled by the Zanu-PF committee. One cannot be open that they belong to an opposition party,” said Mona (name changed), another resident.

According to Mona this intimidation has continued for years and years. She claimed that before previous elections committee members would go door-to-door forcing people to go to meetings or march around the area singing war songs. But, says Mona, many are tired of this intimidation and they want change not only in the flats but across Zimbabwe. “There are burst sewage pipes all over the place. Young children suffer from cholera and typhoid. And you call that normal?”

“We live in a pool of faeces, yet they want to control who we vote for. It’s time for change,” said Mona.

Lovemore Masakadza is a Zanu-PF committee representative who lives in the hostels. He said: “All those allegations are untrue. Such lies are fabricated by members of the opposition party to tarnish the name of Zanu-PF. They want the world to believe that the elections were not free and fair.”

Masakadza is also a Zimbabwe Electoral Commission (ZEC) observer. He said that generally the elections had run smoothly in the area. DM