Voting day: ‘I need change that points at progress an...

Voting day: ‘I need change that points at progress and development’ 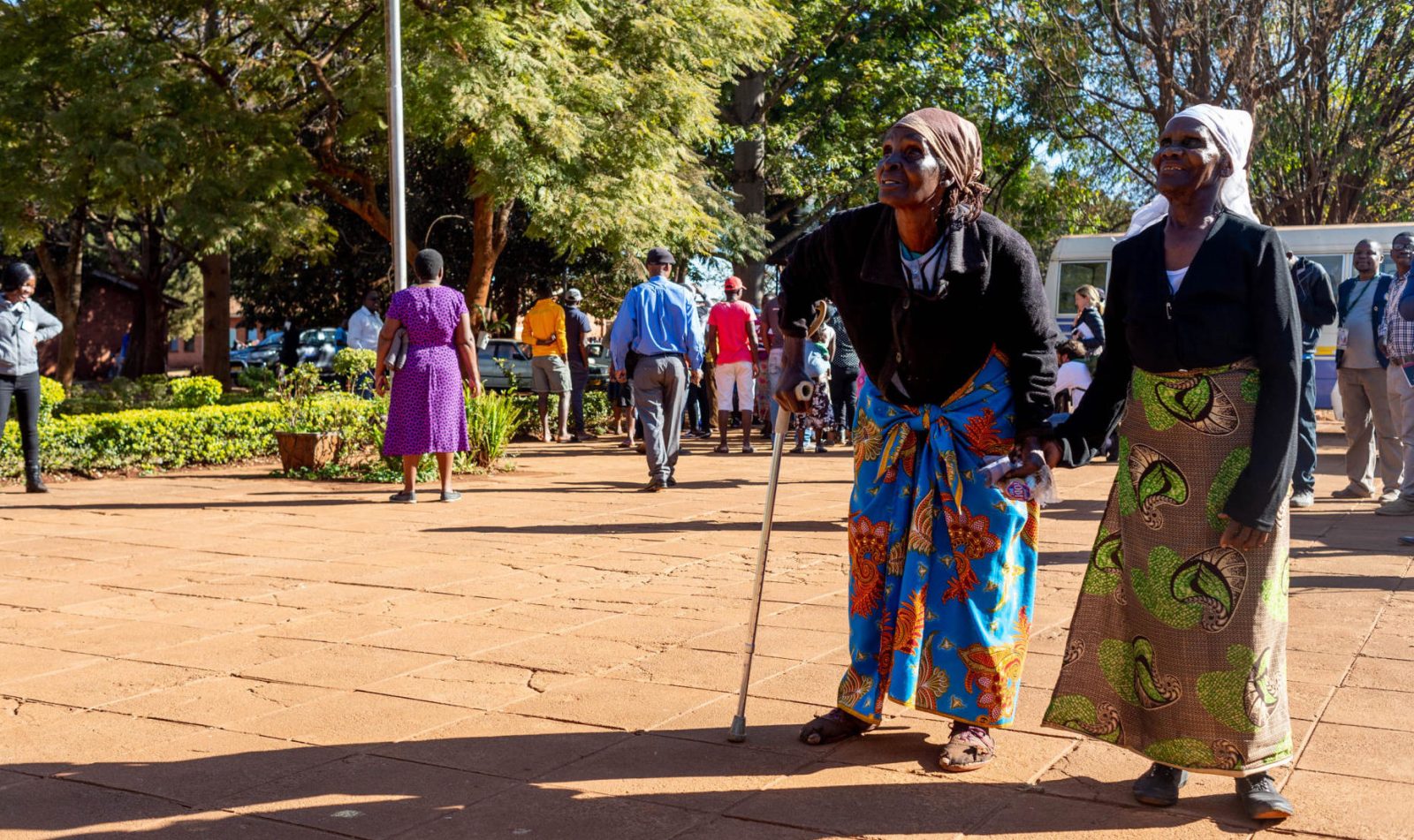 Before heading to the polling station on Monday, Daily Maverick spoke to people in Harare about who their preferred candidate is and their hopes that their chosen candidate can turn the country around.

Since independence, Zimbabwe’s ruling party, Zanu-PF, has been the perennial winner in the country’s elections. Opposition political parties such as the Movement for Democratic Change (MDC) have always cried foul, accusing Zanu-PF of rigging and electoral fraud in previous elections.

The round-off rallies that took place on Saturday in Harare saw the attendance of thousands of supporters from both the ruling party and MDC Alliance (a coalition of seven parties).

However, this is not new in Zimbabwe, but will this time be any different? Could a new leader, who is not from the ruling party, take the crown?

There are 23 presidential hopefuls but the election is centred on Emmerson Mnangagwa of Zanu-PF and Nelson Chamisa of the MDC Alliance.

On the ground in Harare, Elsie Gavi, 22, who was wearing her party regalia, spoke of how she would want to see Chamisa winning.

“Chamisa will win because I am looking forward to getting employed, which Zanu-PF have failed us for the past 38 years. I really have no hope in the ruling party delivering anything substantive to us young women,” Gavi said.

Mayaan Masango concurred that the MDC Alliance will take the lead if the elections are conducted freely and fairly.

“If they (Zanu-PF) doesn’t rig the elections, Chamisa has a landmark victory. As a Zimbabwean I need change that points at progress and development,” Masango said.

However, Rumbi Mambo from the high-density suburb of Kuwadzana in Harare, believes the ruling party will win resoundingly.

“We have a new dispensation that has opened business for investors to come and create employment… I have hope and believe Mnangagwa’s administration will transform this nation and put it on a development path,” Mambo said.

Derek Matyszak, Senior Researcher at the Institute of Security Studies, believes Mnangagwa will take the crown.

“The elections depend on rural-urban split. If the AfroBarometer pre-election baseline survey is correct, Mnangagwa and Zanu-PF will win with a narrow margin,” Matyszak opined.

The pre-election survey by the South African research institute, AfroBarometer, reveals that in one respect elections in Zimbabwe are a tale of two contests.

“Voting patterns diverge dramatically depending on where voters live, principally in rural or urban areas. As of early July, the Zanu-PF commanded a healthy eight-point lead in citizens’ stated voting intentions across the country’s rural areas (48% to the MDC% 30%),” the report reads.

However, the report added that the tables were turned in urban areas, where the MDC Alliance was ahead by a considerable margin of 23% points (49% to 26%).

Nkululeko Sibanda, MDC Alliance spokesperson, reasoned that the huge turnout of people in their rallies across the country is a reflection of the need for change by the country’s electorate, both urban and rural.

More than five million Zimbabweans have registered to take part in the elections and pick their next president and members of parliament. A total of 10,985 polling stations have been set up across the country.
Official results are expected to be released by Saturday, according to News24.

Previous elections in Zimbabwe were marred by intimidation and threats but campaigning this time has been relatively peaceful.

Elections observers from the European Union and the United States have also been allowed to monitor the vote – the first time since 2002.

AP reports that on voting day Monday morning, thousands of election monitors fanned out across the country to observe a process that the opposition says is biased against them despite electoral commission assurances that it will be credible.

If no presidential candidate wins 50% of the vote, a runoff will be held on September 8. DM