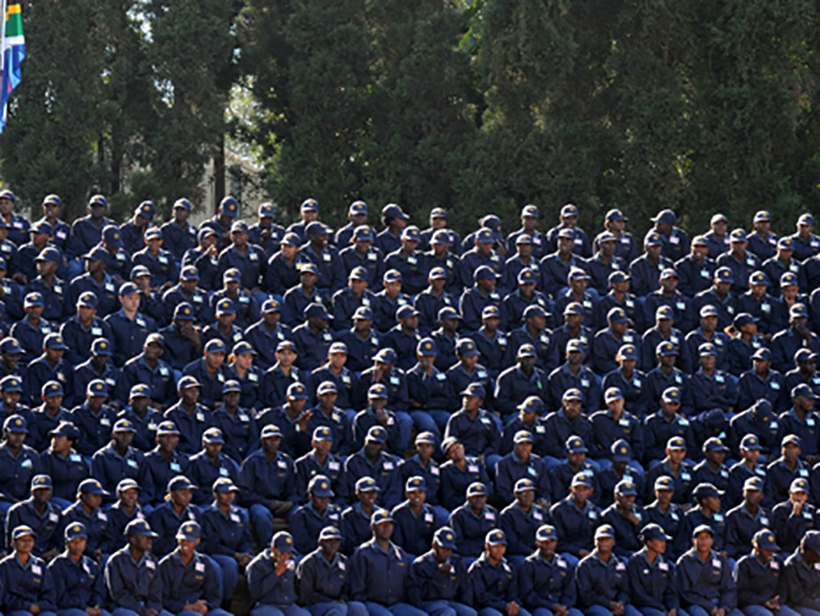 Members of a SAPS North West detective unit, led by the region’s deputy commissioner, Major General Ntebo “Jan” Mabula, will face two counts of assault with intent to do grievous bodily harm, the NPA has announced.

The NPA has informed IPID of the intention to prosecute Major General Ntebo “Jan” Mabula and the posse from the SAPS North West detective unit, in relation to charges that the team of detectives had attempted to intimidate IPID investigators looking into corruption and fraud charges involving former acting police commissioner Khomotso Phahlane.

In a letter to IPID on 9 July, signed by Johannesburg Director of Public Prosecutions Advocate Andrew Chauke, the directorate was informed that Mabula, along with Lieutenant-Colonels I Mdluli and Manamela, Captain Makatu, Ismael Dawood, Clifford Motome Kgorane, Samuel Senamela Kutumela, Tsietsi Johan Mano, Philip Mompati and Adam Moahloli, would be facing the charges in the Johannesburg regional court.

The North West team have been the focal point of several politically motivated arrests, including that of former NPA prosecutor Gerrie Nel in a failed prosecution spearheaded by Nomgcobo Jiba in 2008. Nel was prosecuting former National Commissioner Jackie Selebi on charges of corruption at the time.

Nel was arrested in a high-profile swoop on his home in Pretoria by Mabula on instruction from then Crime Intelligence Head Richard Mdluli. Mabula also, on Jiba’s instruction, led the investigation and arrested KwaZulu-Natal head Major-General Johan Booysen on charges of racketeering. These were later declared illegal by a court.

Mabula and his team also arrested forensic investigator Paul O’Sullivan and his assistant Sarah-Jane Trent. O’Sullivan and Trent, together with IPID investigators Mandla Mahlangu and Temane Binang, were rounded up by Mabula in 2017 on a range of charges including fraud, racketeering and corruption. The charges were all later dropped.

It was O’Sullivan who had lodged an original complaint about Phahlane’s alleged corruption with IPID but it was only when Robert McBride, who had been illegally removed as IPID head by then Minister of Police Nathi Nhleko, returned to the job that the docket was properly investigated.

Mabula was the former head of the Hawks in North West and is reportedly close to Mdluli, a Zuma loyalist who is now retired. Mabula formerly served under Mdluli when he [Mabula] was a detective in North West and Richard Mdluli headed CI in the region.

IPID has investigated the North West team for crimes ranging from murder to torture.

Mabula and the team were prevented by a High Court order handed down in June prohibiting police officials who are the subject of an IPID investigation from probing IPID officials.

On Monday evening IPID issued a statement saying that the 10 members of the unit were face charges related to the alleged torture of two suspects in a 2006 robbery of the Benoni SAP13 store.

“The Independent Police Investigative Directorate (IPID) conducted the investigation and made recommendations to the DPP for the notorious team’s prosecution, which the DPP has agreed with,” said IPID’s Moses Dlamini

The suspects who were implicated in the Benoni robbery involving R14-million were arrested by Mabula and his team.

IPID was still awaiting a decision on the case of murder and torture against the same team from the North West DPP.

“The Mabula team allegedly used the same modus operandi in the above matter as they did on the murder and torture case, as well as another matter where two of the Mabula team members are appearing in Klerksdorp court on charges of assault GBH. The case will be appearing again in court on 25-28 September 2018.”

IPID was also waiting for an SAPS response on numerous disciplinary recommendations made against the Mabula team.

“The non-action by the SAPS on these matters is a contravention of Section 30 of the IPID Act, which obliges SAPS to initiate disciplinary action against members within 30 days of receiving IPID recommendations. General Mabula and his team have in the past said that these are cold cases without any merit.” DM