The work of whoonga, an epidemic on the move 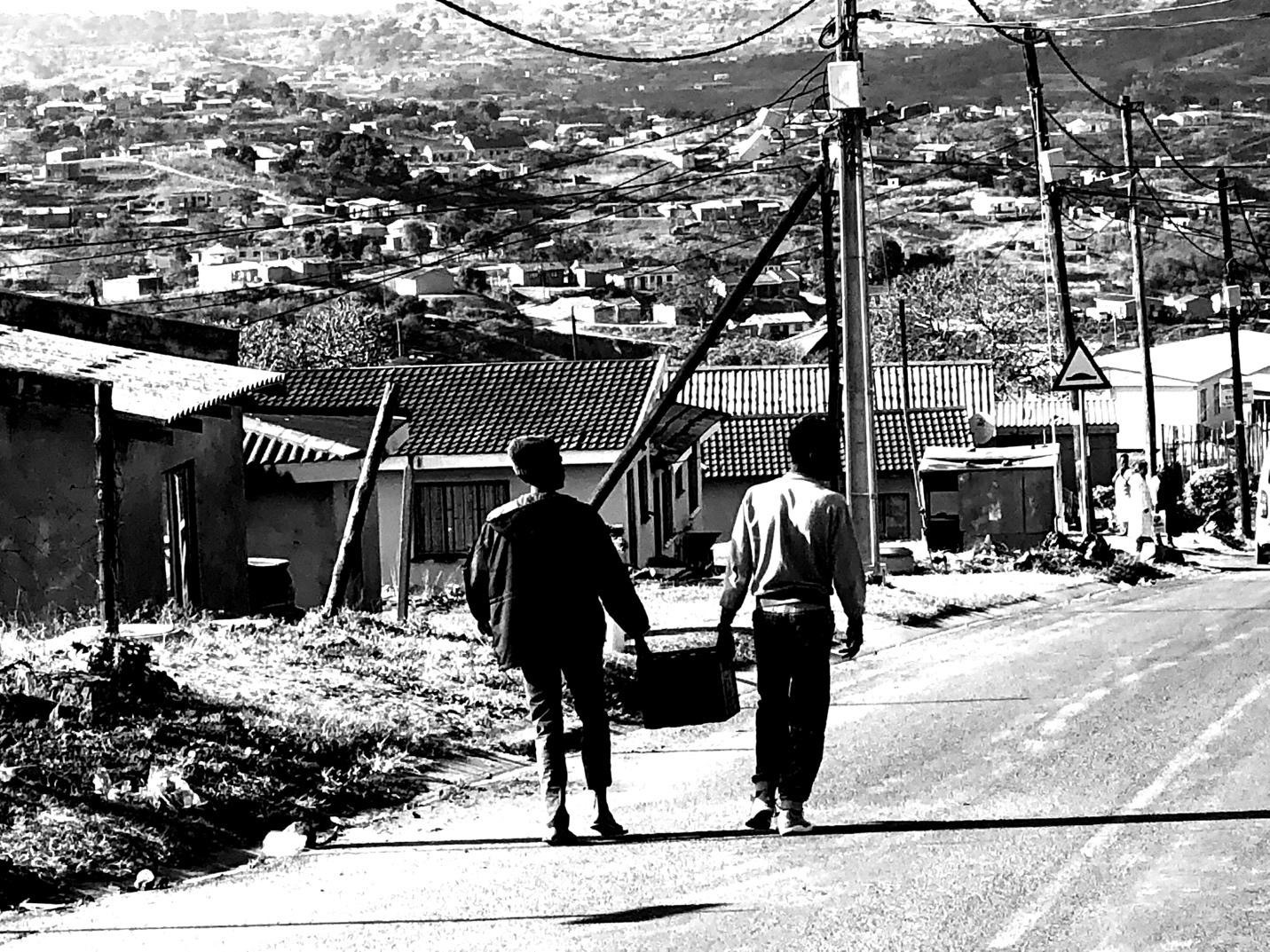 The heroin epidemic needs to be seen as a labour issue and not just a crime issue.

The stereotype of whoonga users remains that of city criminals. Yet to fully grasp whoonga’s political dimensions, scholars and activists need to better connect the heroin crisis to the decline of formal employment and the epidemic of casual work.

South Africa’s heroin epidemic is usually talked about as a crime issue. It is a story of drug cartels and crime-ridden places like “Whoonga park” — the name given to Durban’s Albert Park.

Yet addiction to low-grade heroin—whoonga/nyaope/sugars on the streets—needs to be seen as part of a long history of how drugs connect people to the world of work.

A typical morning in a settlement south of Durban reveals just how hard whoonga users work to sustain their addiction.

As a winter chill lingers in the air, a steady flow of young men in their 20s and early 30s pass on the street. Mandla pushes a wheelbarrow full of empty plastic containers that he will use to collect water for a neighbour. Sifiso walks with a rake over his shoulder on his way to clean a yard. Wandile and Siyanda carry a crate of beer to a shebeen. (Pseudonyms used.)

Whoonga users restlessly phanta (hustle for work). Frequently on the move, they work hard just to look for work.

Most heroin users in fact don’t live in central parts of cities, and committing crimes is not the main way they make money. Piece-work jobs underlie a stop-start rhythm that feeds the craving for heroin.

Withdrawal symptoms include joint aches, headaches, and a stomach that feels like it is tied in knots. “I don’t even know how to explain the (withdrawal) pain you feel inside,” says Jabulani, who smoked Mandrax before getting hooked on whoonga, and was off to wash taxis when we spoke.

Whoonga addicts form part of the country’s modern army of casual workers. But they are not the underpaid factory workers employed through labour brokers and championed by trade unions.

Piece work close to home can provide a string of R25 whoonga fixes. These might be as little as two whoonga capsules a day or more than 10. Ukuphanta is not new, but it becomes a way of life when drugs mix with inequalities and joblessness.

The connection between heroin and casual work today is therefore just another chapter in the long association between work and drugs. Recall the dop/tot system whereby Cape vineyards paid workers partly in wine: profit and alcoholism became two sides of the same coin.

Or consider the “Durban system” developed in the early 20th Century. Municipal beer halls instituted a monopoly on “native beer” to ensure that workers’ money was ploughed back into funding hostels, police, and other institutions that controlled urban black Africans.

Now, it is piece work that provides users with the money to enrich heroin dealers and corrupt customs officials.

Whether heroin is mixed with other drugs, injected, or smoked, is also a matter not separate from the world of work. Dagga, once commonly laced with whoonga, can get someone through a long shift at work. But “chasing the dragon” (heating whoonga on foil and inhaling its vapors) is now the most common way to consume heroin in Durban. It provides an undiluted high that can propel someone to phanta or hustle for another job.

Heroin users are a diverse group and the drug itself has many incarnations. Some addicts live in rich suburbs.

Yet when cheap heroin flooded the country from the 2000s it met a generation robbed of secure long-term employment.

A drug priced at little more than a bottle of fizzy drink can quickly take hold at schools that don’t offer a clear path into work.

Born in 1995, Lwazi is one of numerous male addicts who transitioned from dagga to whoonga at school. Dropping out in Grade 10, he is still hooked at 23 years of age.

Women whoonga addicts, however, face particular dangers. Khethiwe, who left school nearly a decade ago after Grade 10, has a talent for styling women’s hair. She is trying to cut down her usage of whoonga to two smokes a day, but she says openly that sometimes “there is no other way but to sell yourself… if that person understands you can use protection; if he doesn’t then… it is his money”.

The menial work undertaken by whoonga users is reflected in the common name given to this group: amaphara. While whoonga usage exploded in Durban in the 2000s, it was only after 2010 that amaphara became widely used as a term of derision.

Some say amaphara is derived from the word paramedics because of the speed with which addicts move around to earn money. Others say that parasite was the source of the word because addicts suck blood from their families by stealing items like food, clothes, and shoes. Still others suggest that the name is from the word paranoid because of whoonga’s pharmacological properties.

Whatever the term amaphara’s origin, if you are portrayed as iphara you face accusations every time that a house is broken into or a cell phone is stolen. “When you are iphara, most of the time you feel alone,” says Jabulani.

Families are caught in a painful bind. Do they give money to an addict or risk their child committing crimes and facing beatings from the community or worse? Piece work signifies the low status of amaphara but also the hope that a whoonga user will not end up in jail, or move permanently into central parts of a city.

South Africa’s substance abuse interventions are desperately weak. This is despite free-trade policies helping to make the country a key hub in heroin’s journey from Afghanistan to Europe and the United States.

Today, if an addict has HIV or TB, they can join a health queue to access drugs for free. But there are only two government drug rehabilitation centres in KwaZulu-Natal, and the story is similar elsewhere.

It is easy for politicians to ignore the drug problem when the stereotype of whoonga users remains that of city criminals. Police can periodically round up and imprison amaphara to remove them from the sight of middle-class residents.

Yet to fully grasp whoonga’s political dimensions, scholars and activists need to better connect the heroin crisis to the decline of formal employment and the epidemic of casual work. DM

Mark Hunter has studied, worked, and researched in KwaZulu-Natal since the 1990s and is currently an Associate Professor at the University of Toronto. His new book, Race for Education: Gender, White Tone and Schooling in South Africa, will be published in January 2019.