Italian supercar maker Lamborghini this week unveiled the all-new Urus in South Africa. It’s arguably the world’s first super-SUV and heralds a new chapter for the Sant’Agata brand. But does the world really need it?

This week, I saw the all-new Lamborghini Urus for the first time. No, I didn’t get to drive this, the first example in the country. But I did get to sit in it. And I did get to savour the sound of the twin-turbo V8.

There are a few reasons why the arrival of the Urus on local shores is significant. Firstly, it coincides with the Lamborghini distributorship moving to LSM Distributors: the same company that also looks after Porsche and Bentley in SA. 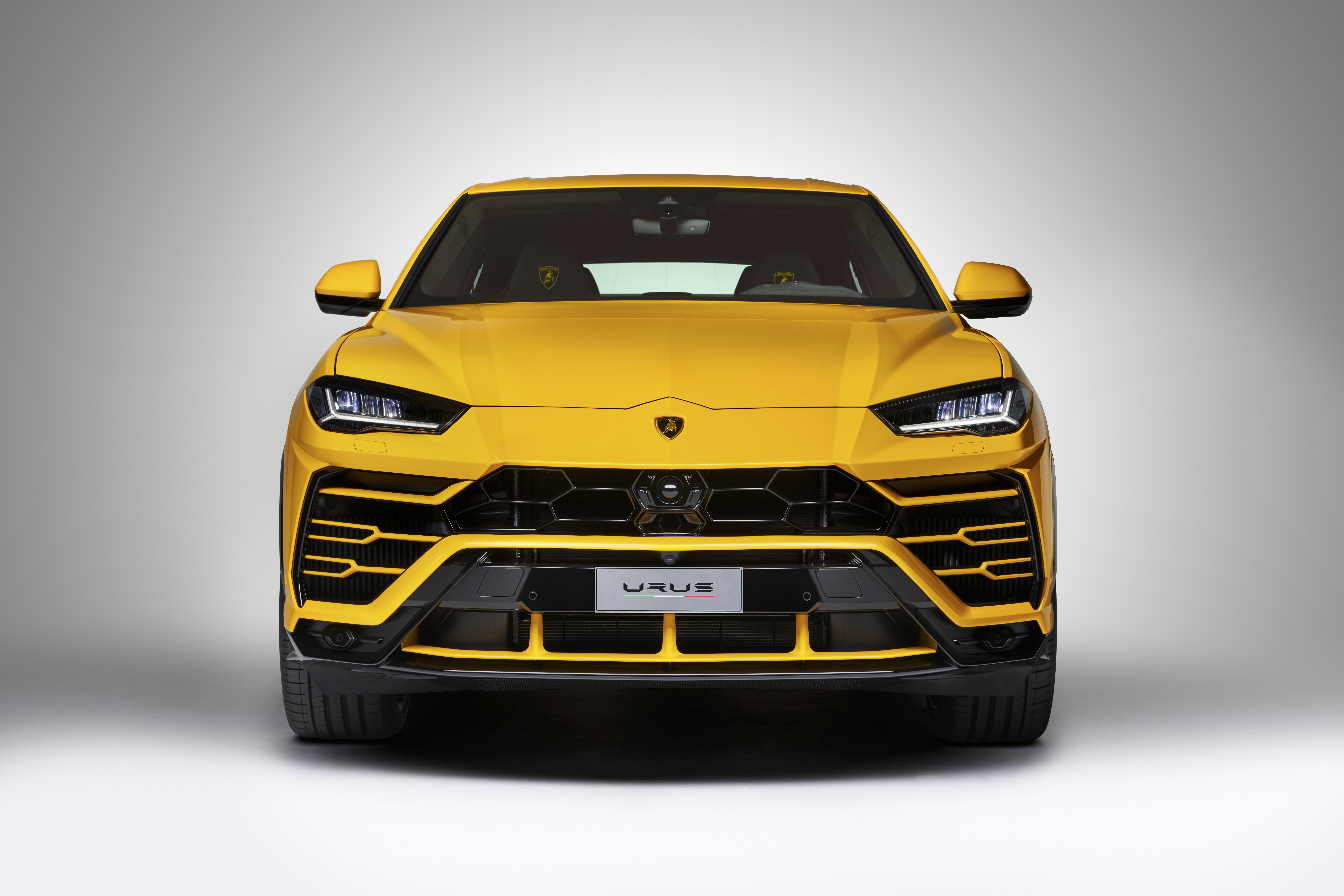 While the trio of brands appear to have very little common, and address a very different, albeit high-end customer base, all three are owned by the Volkswagen Group. That fact already suggests a certain synergy that its SA custodian will be eager to explore.

Second, the Urus is set to double Lamborghini sales around the world, and perhaps even more so locally. It’s the world’s only SSUV (super-sports utility vehicle), promising a unique mix of supercar dynamics, all-terrain capability and four-seater practicality. 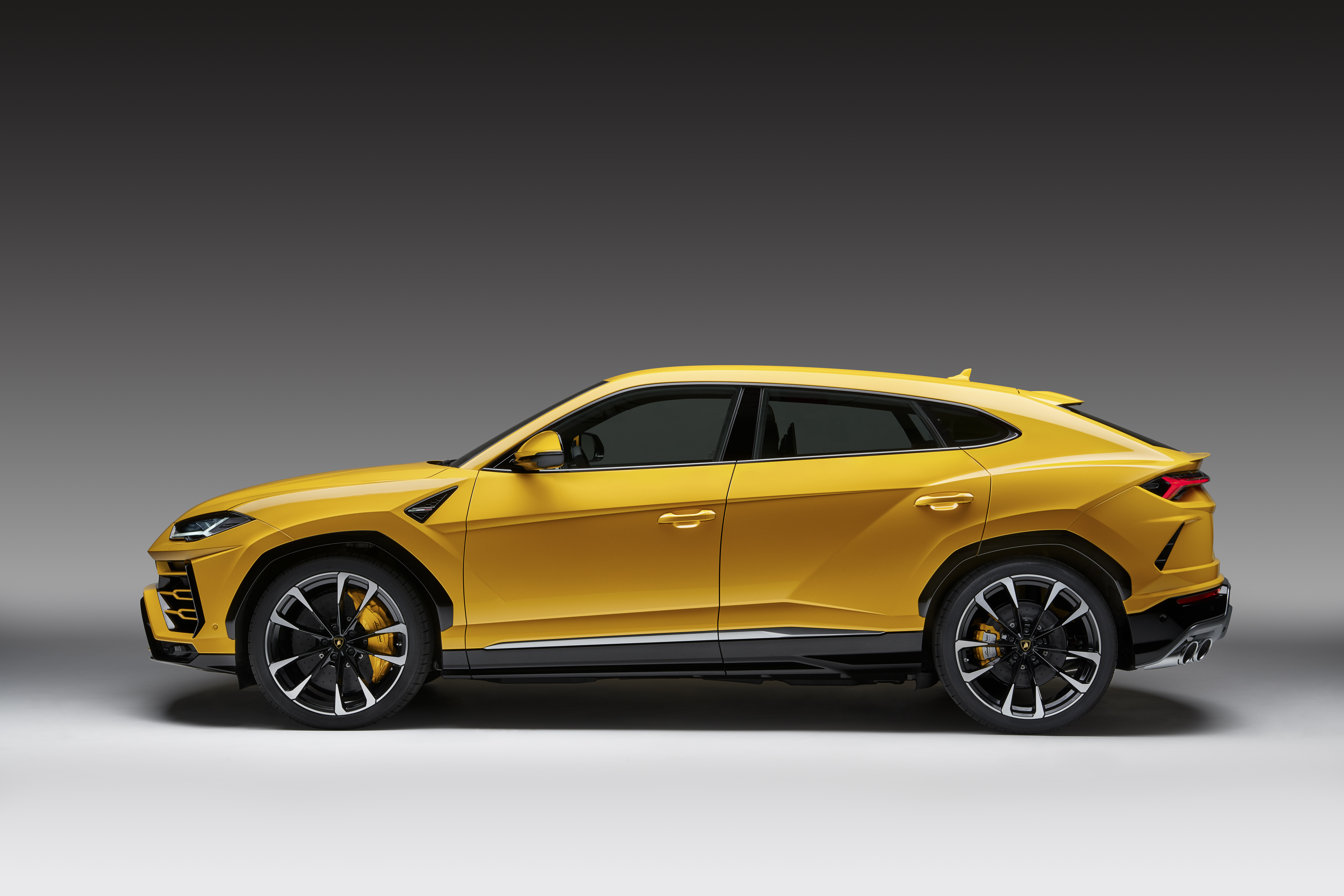 One could argue that the Porsche Cayenne was the first SUV with sports car credentials. But the Urus takes that formula a few steps further: imagine a vehicle weighing just under 2.2tons catapulting from rest to 100km/h in 3.6sec. And topping 305km/h …

But the Urus is not just about speed. It’s about bringing supercar performance into the SUV segment – albeit a new, very top-end niche of that segment. It’s also about increasing Lamborghini’s reach – and increasing its profitability. 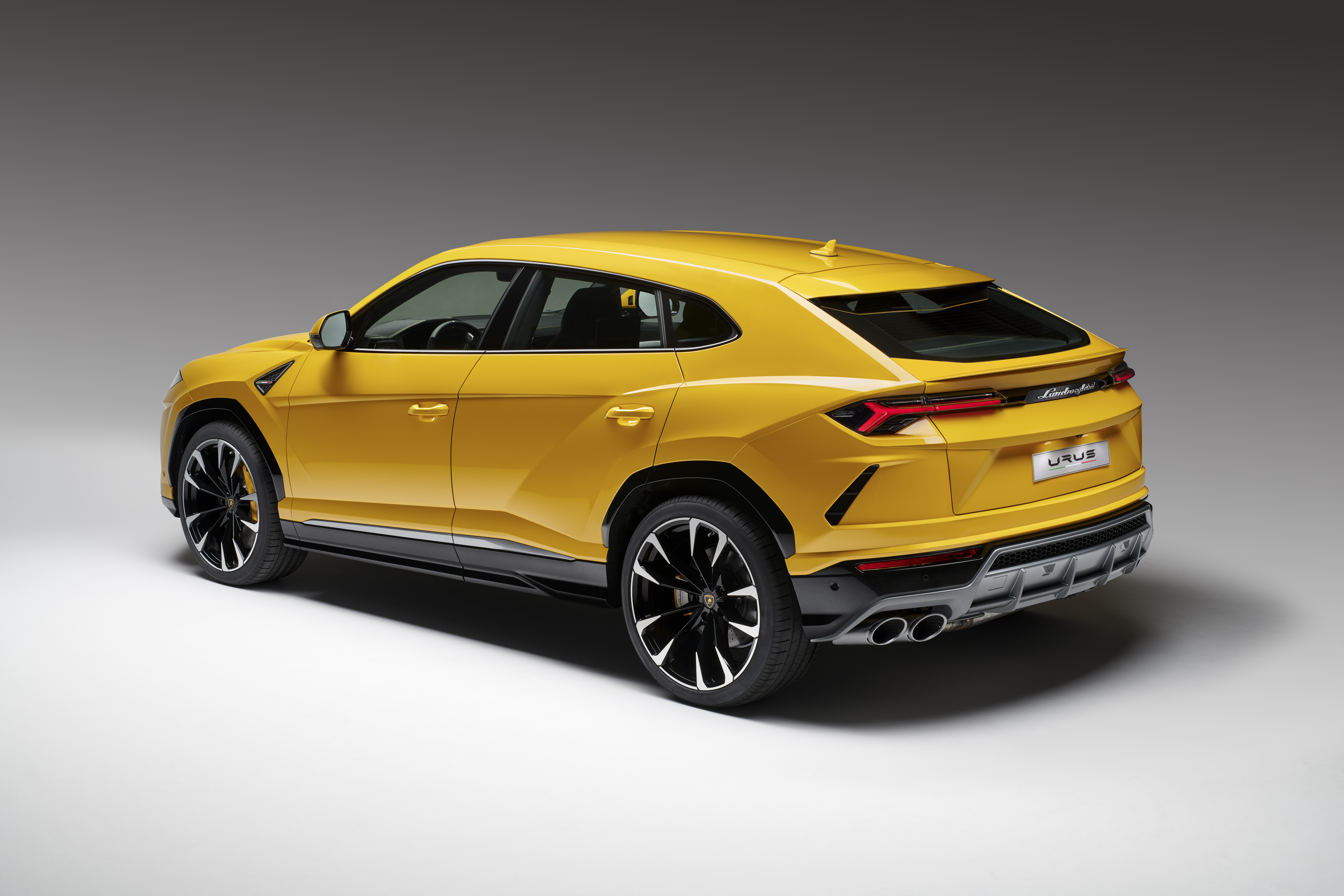 One shouldn’t forget that Porsche applied that same formula to company-saving effect when it introduced the original Cayenne. Porsche traditionalists were dismayed about the sports car brand’s move into SUV territory, but the Cayenne brought the hallowed badge to an entirely new audience, sales soared, and Porsche never looked back. 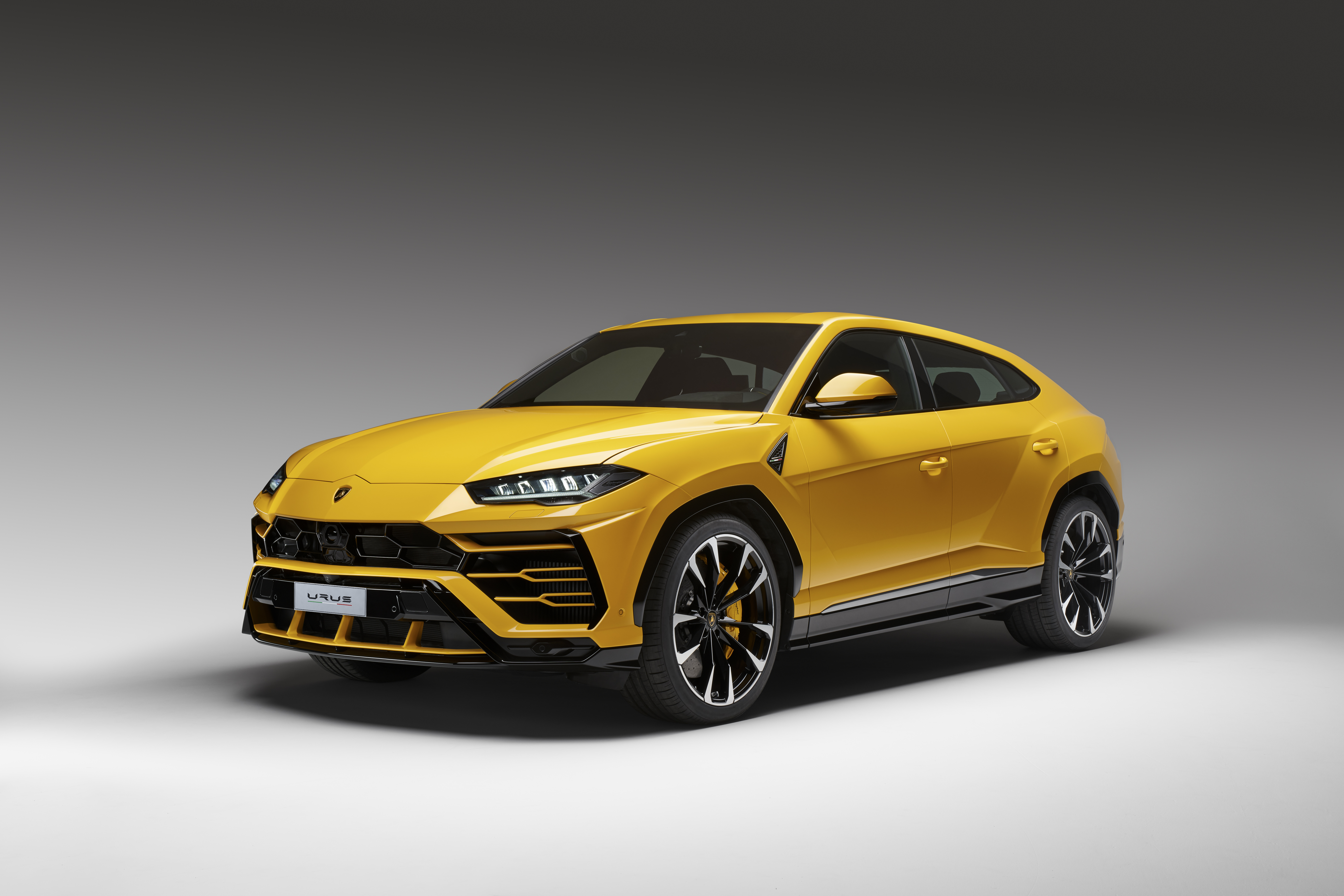 Lamborghini chairman and CEO Stefano Domenicali is adamant that supercars remain at the core of the company. But the brand also realises that it needs to grow to meet the changing face of motoring – and the needs of current and future customers.

Lamborghini’s expansion strategy is aggressive. The production plant in Sant’Agata, near Bologna in Italy, has been doubled in size, and now occupies 160,000 square metres – huge for a company which sold just 3,815 cars in 2017. 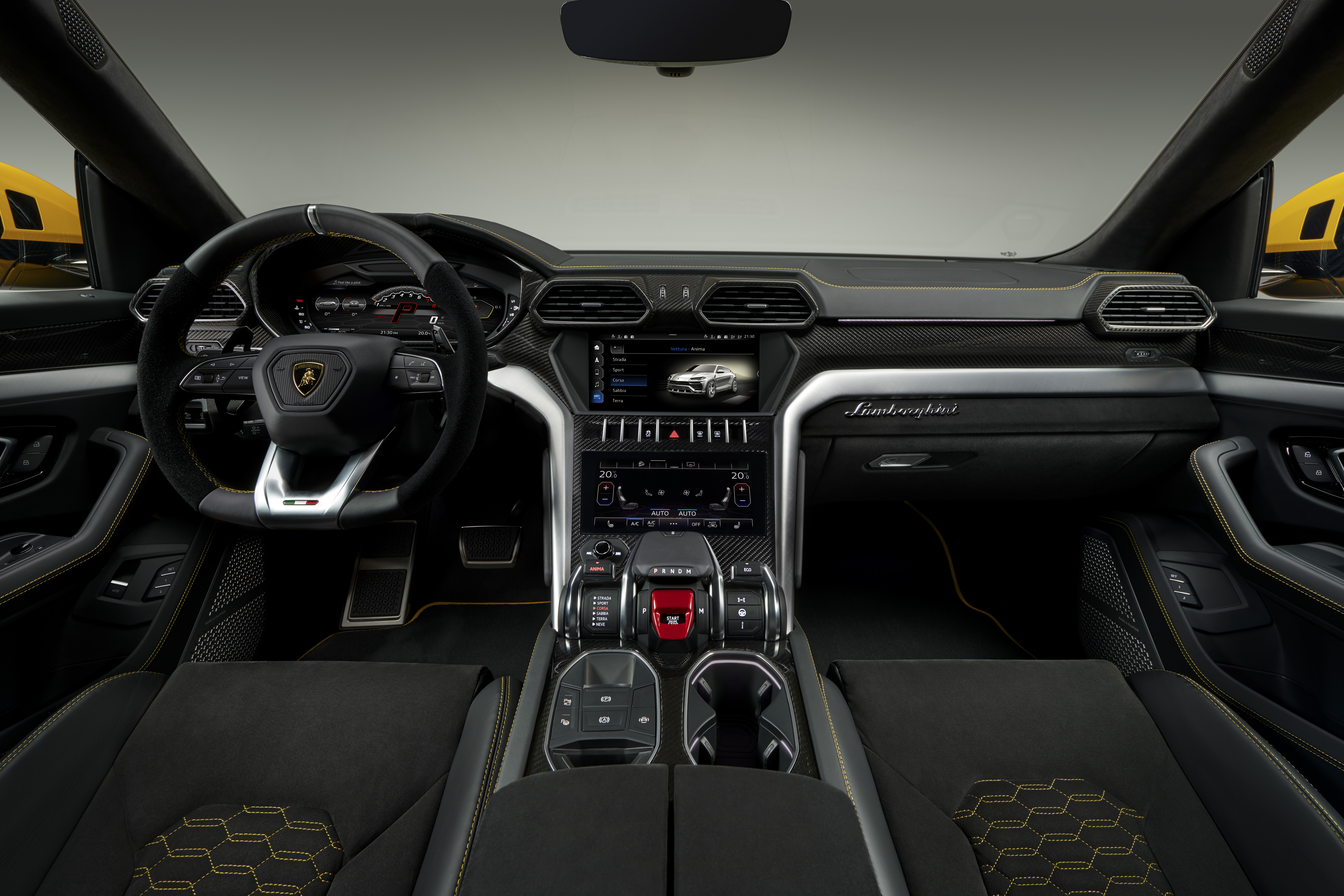 That figure may seem small compared to Porsche, but already represents a 10% increase on 2016 sales, while turnover reached 1,009-million Euro in 2017 – 11% up on the previous year. The positive trend is continuing in 2018, with the first six months yielding a further 10 percent year-to-date improvement.

But, says Domenicali, the Urus will be the real game changer. It’s expected to double annual global Lamborghini sales to around 8,000 units once production at the newly expanded plant is in full swing. The current waiting list is 12 months – but the company is doing all it can to reduce the waiting period. 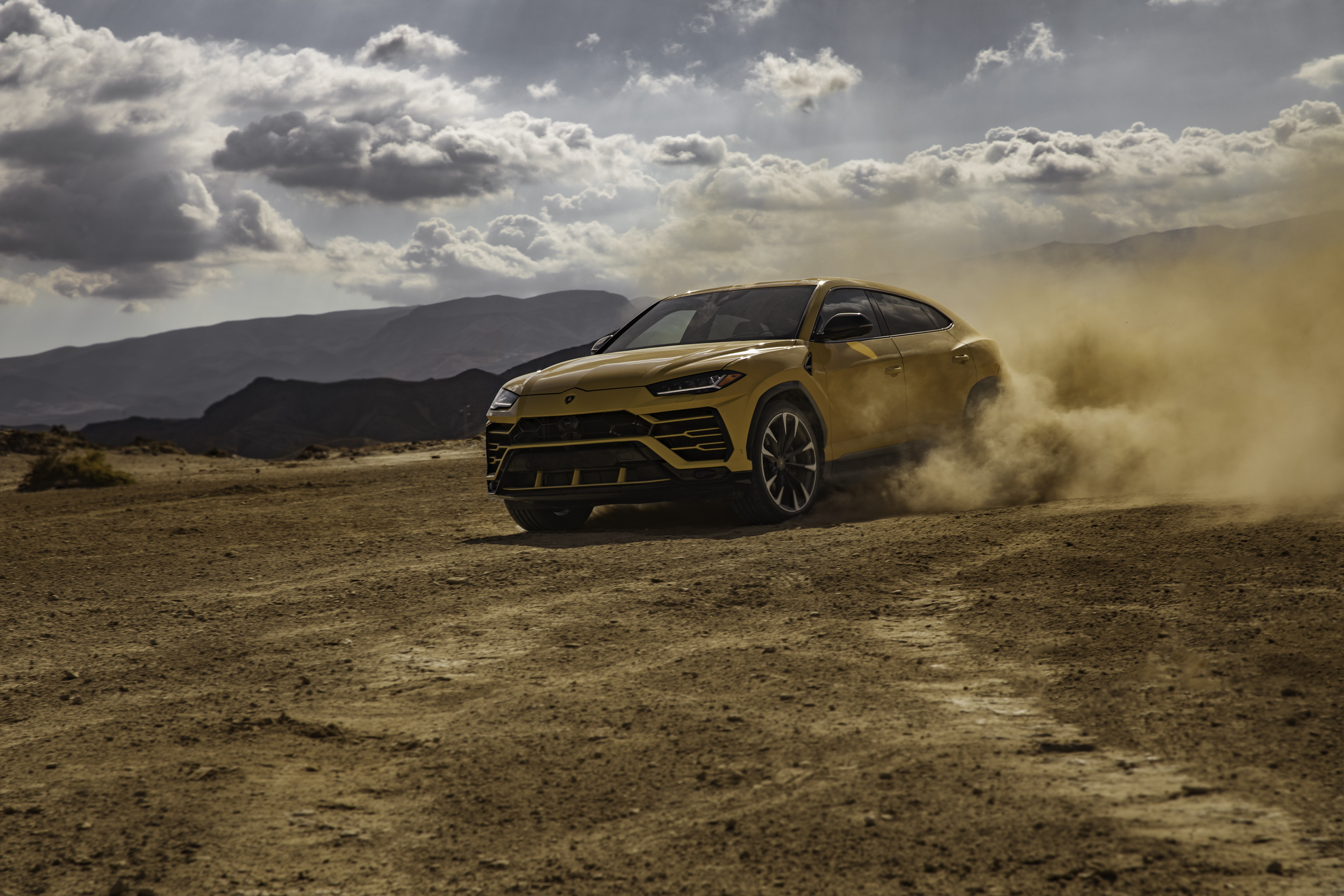 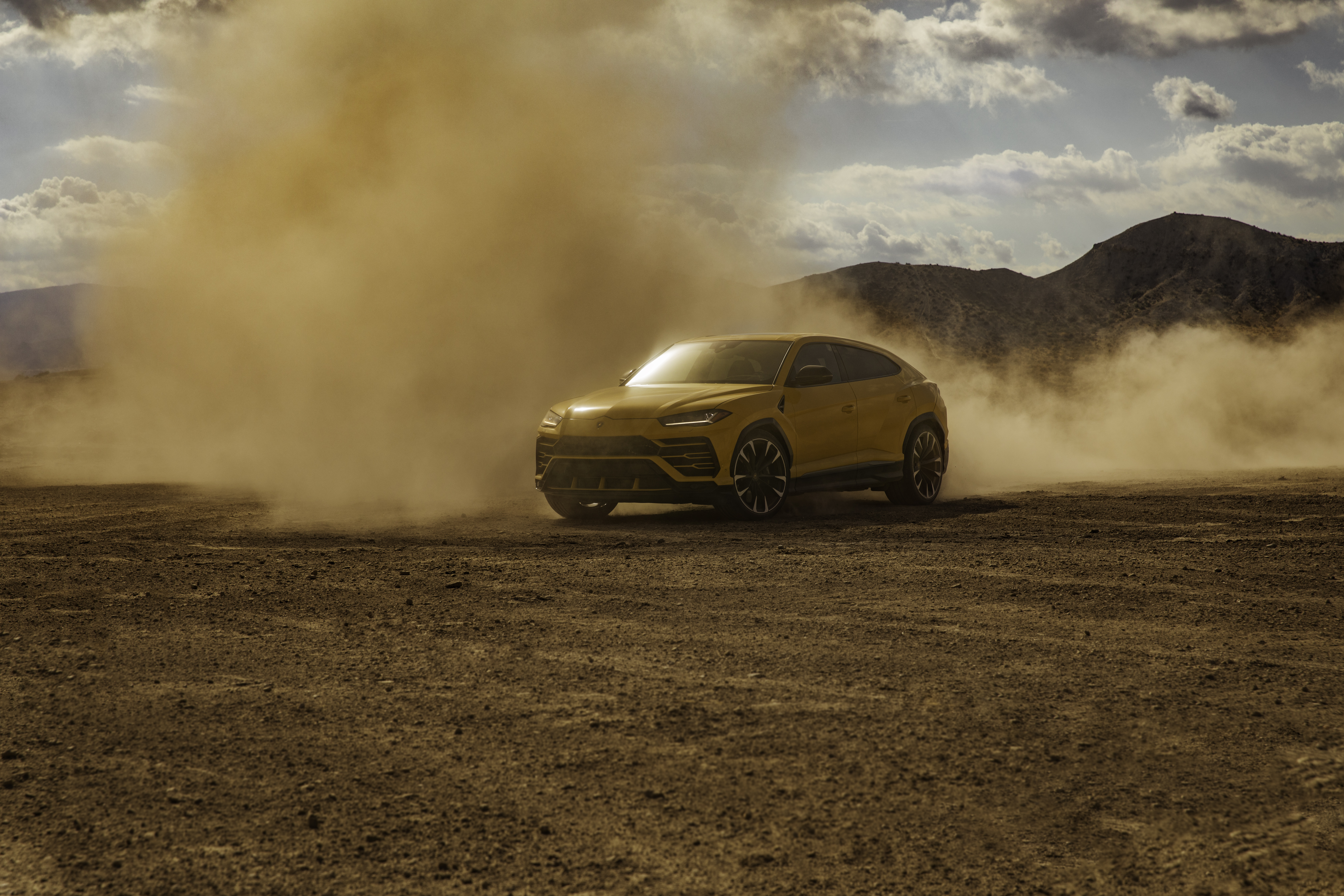 “We think 12 months is the maximum customers are prepared to wait, and we want to reduce the waiting time as soon as possible,” he explains.

With SA considered a key growth market, he hopes local customers won’t have to wait as long, though. 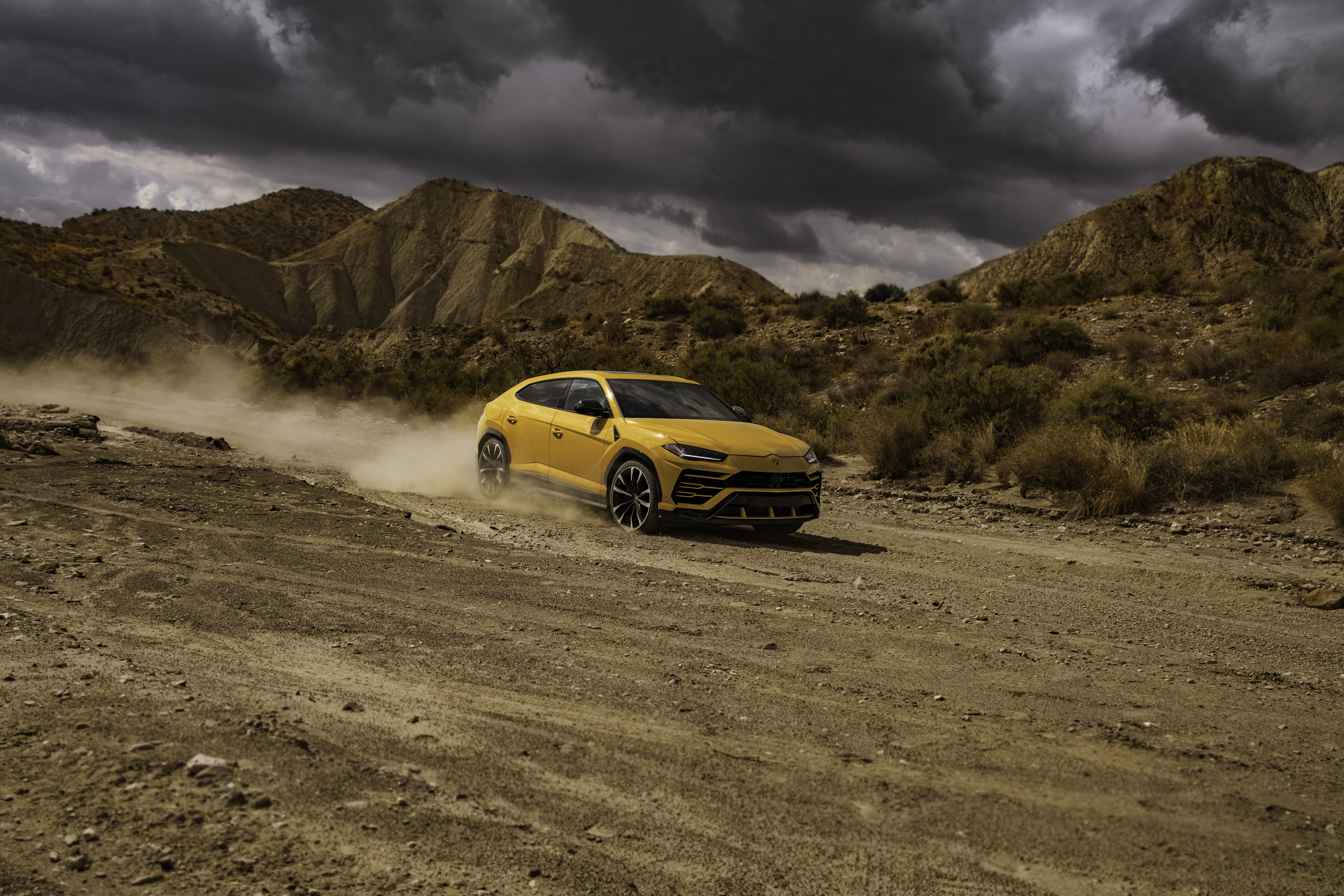 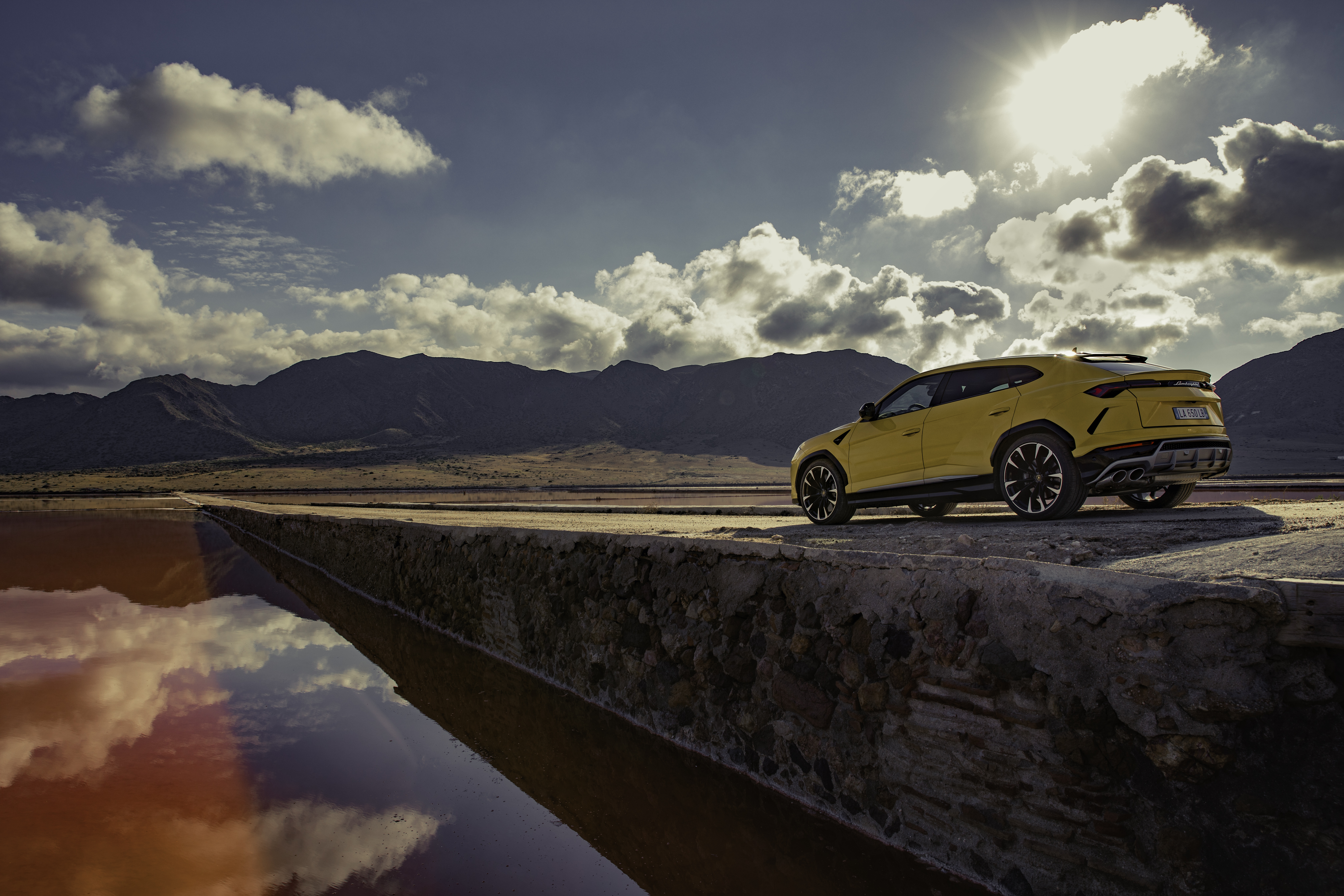 The long waiting list is a strong indication of the positive response to the Urus.

“What is important to us is that 70% of Urus buyers are first-time Lamborghini customers,” Domenicali says.

It’s exactly that expansion of the customer base that the Italian marque was betting on. 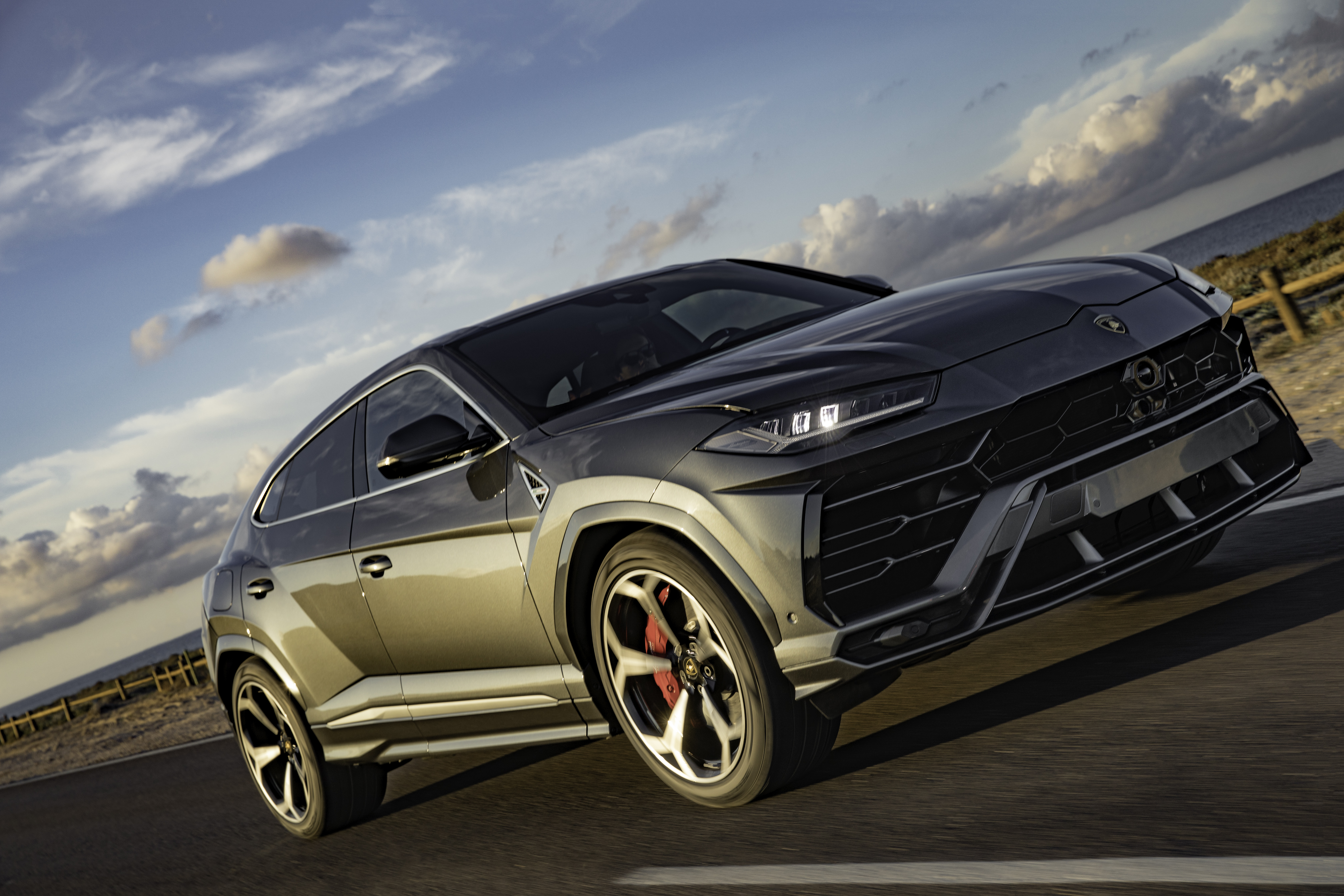 It’s clear that the arrival of the Urus is only the first step in a longer-term push to expand the brand’s footprint. While Domenicali won’t be drawn on future models, he does admit that both hybrid and electric vehicle technology are recognised as strong future trends.

That doesn’t mean that the next-generation Lamborghini will be an all-electric sports cars.

“If you own a Lamborghini, you want to drive and experience the car. For now, that means that the internal combustion engine will stay – at Lamborghini it is part of the emotion of the car,” he says. 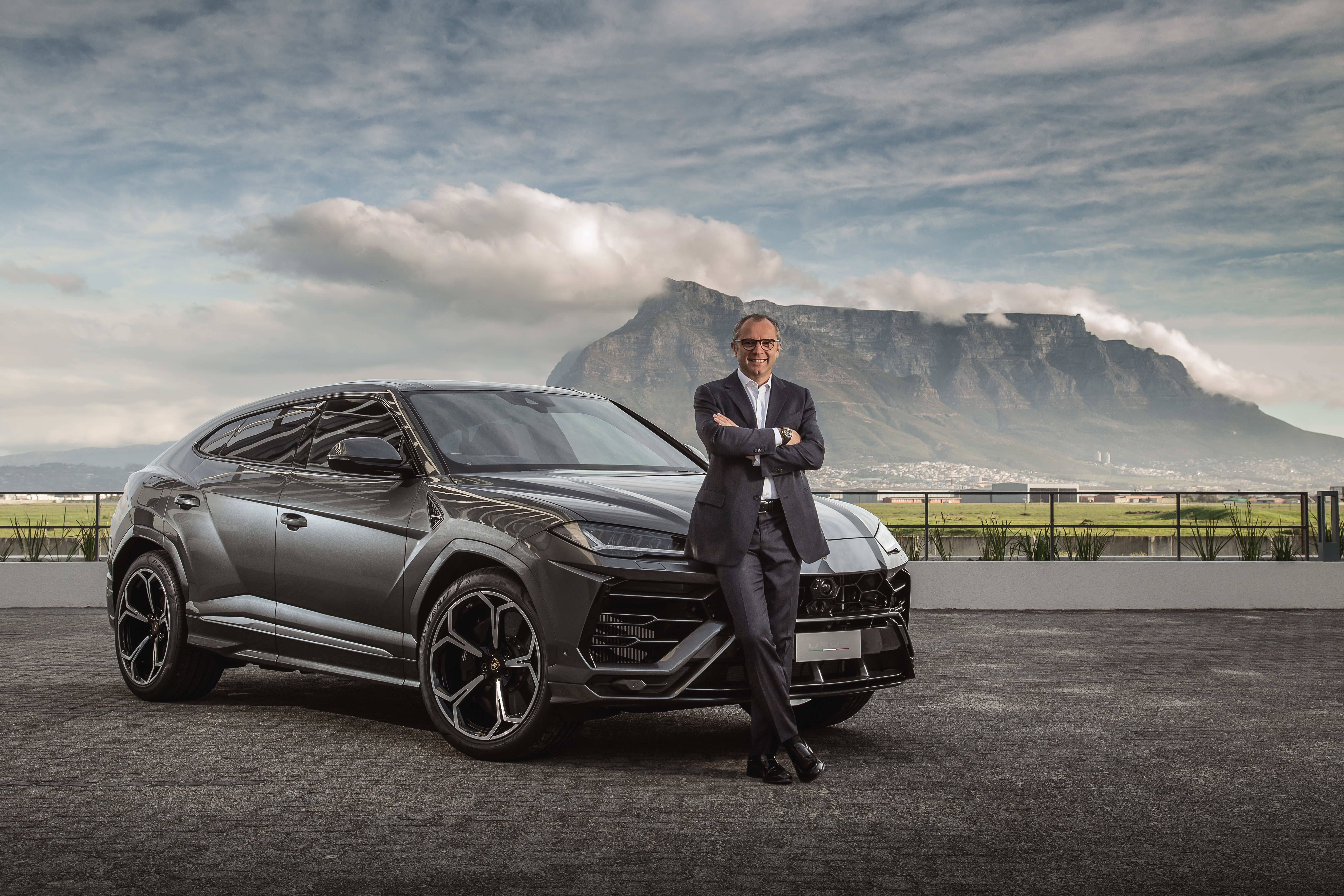 However, Domenicali (pictured above in Cape Town), isn’t excluding the future use of these technologies or even more advanced solutions completely.

“Electrification will only happen if the technology suits the car. We are always looking at the future, and how innovation can be applied to our models.”

The Terzo Millenia concept car, developed in conjunction with the Massachusetts Institute of Technology (MIT) not only features an electric drivetrain, but supercapacitors instead of batteries, and a self-healing composite body using nanotechnology. 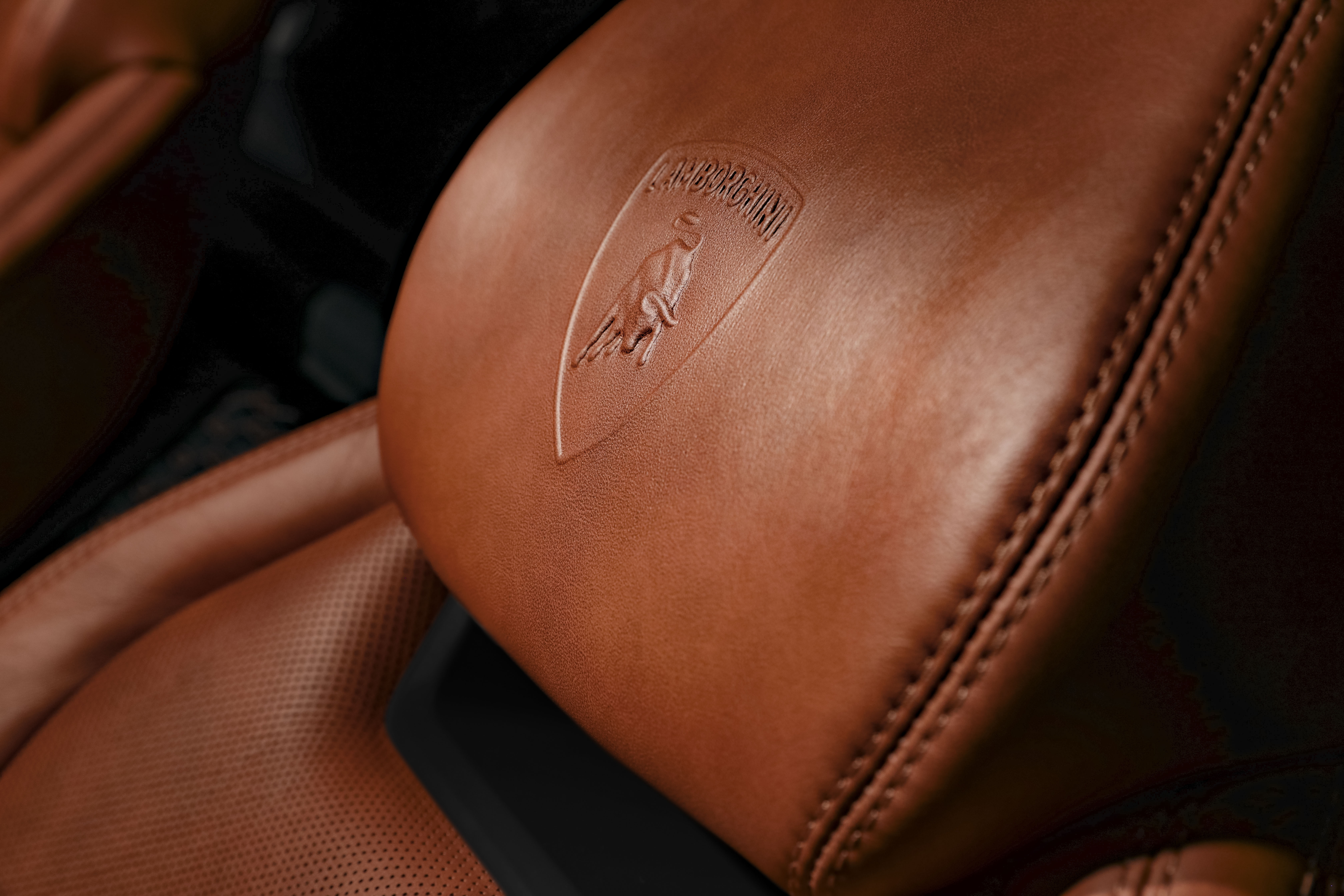 For now, however, the success of the Urus is essential to Lamborghini’s long-term expansion plans. And the early indications are that it should live up to it’s maker’s ambitious targets – and more importantly to customer expectations. 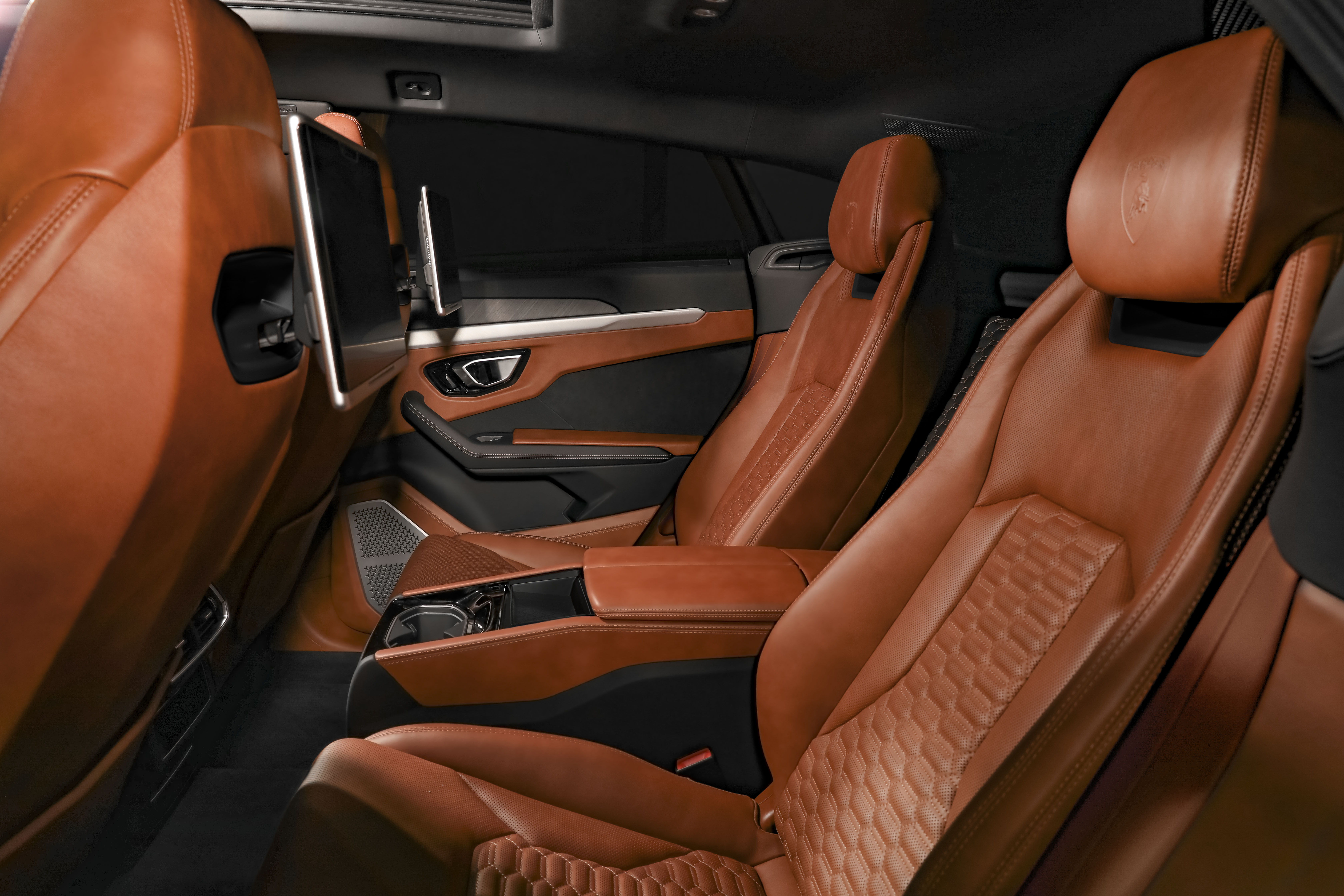 The images certainly don’t do the super-SUV full justice. In the metal, the Urus exudes a low-slung, menacing stance that instantly links it to the Huracán and Aventador supercars.

Yes it’s taller and larger, but the proportions are more supercar than SUV, and the geometric detailing of the coachwork is authentically Lamborghini. Most of all, it exudes a mix of muscle and dynamic promise that sets it apart from any other SUV out there. 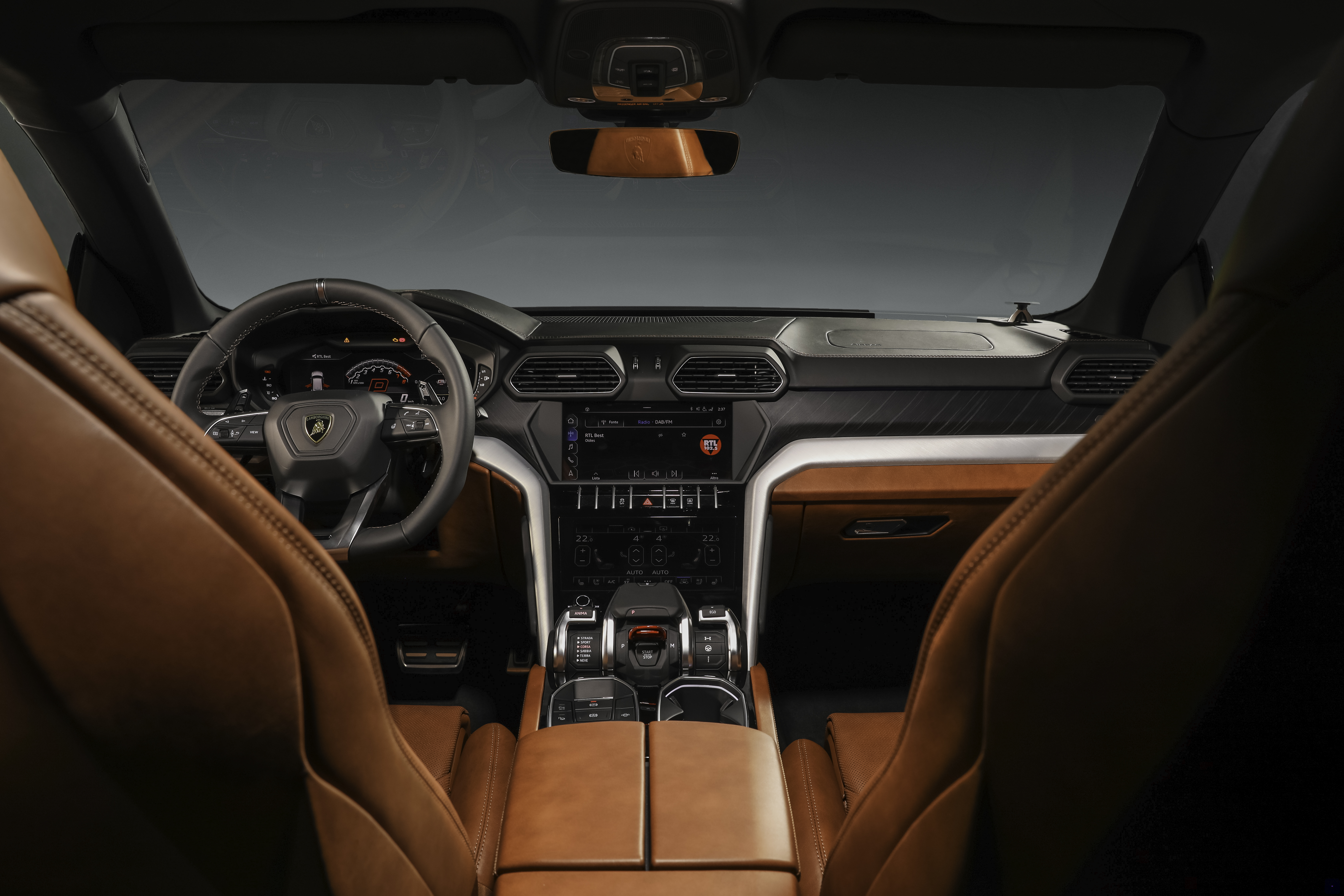 The technical specifications make for impressive reading: the 4.0-litre twin-turbo V8 punches out 478kW of power, combined with 850Nm of torque, for a power-to-weight ratio of 218 kW/ton.

All-wheel drive and four-wheel steering add to the Urus’ prowess, but the taller stance and adaptable suspension promise a less uncompromising ride than the marque’s supercars. Up to six driver-selectable driving modes allow the super SUV’s characteristics to be adapted on the fly to match conditions and driver preference.

The interior is a masterpiece – as much an expression of tailored Italian elegance as it is of uncompromising luxury, with space and practicality also included. The leather speaks of hand-stitched craftsmanship, while the switchgear is uncompromisingly hi-tech. 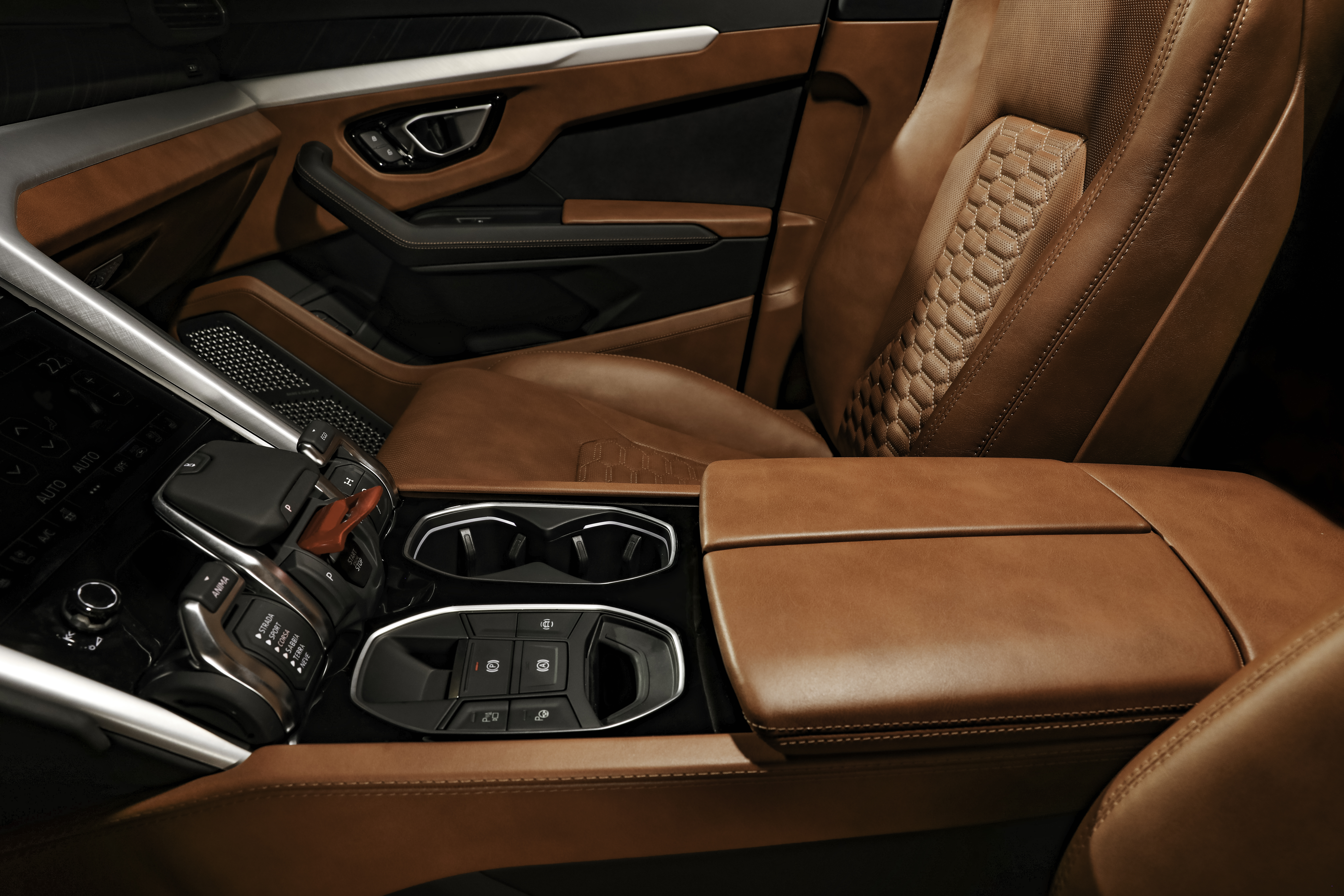 The seating configuration offers a choice of four-seat or five-seat layouts, with the former offering individually sculpted rear seats that look every bit as supportive and comfortable as the sculpted front buckets. Luggage space varies between 475 and 616 litres, depending on the rear-seat layout.

It’s that breadth of capability that is likely to be at the core of the Urus’ appeal. While a Huracán or an Aventador will always be an indulgence, to be used on weekends or special occasions only, the Urus is an everyday Lamborghini – which makes the R3.495-milllion price tag a lot more palatable to those who can afford it.

Despite its size, the Urus fits like a glove when you slip in behind the wheel. Whether it can maintain that illusion on the move remains to be seen. Certainly, the sound of the V8 matches the dramatic exterior.

And the name? This is how Domenicali explains it:

“At Lamborghini, we have a long tradition of naming our cars after famous fighting bulls. And in astronomy, the constellation of the bull is Taurus. The name ‘Urus’ is a simplified derivative of Taurus.” 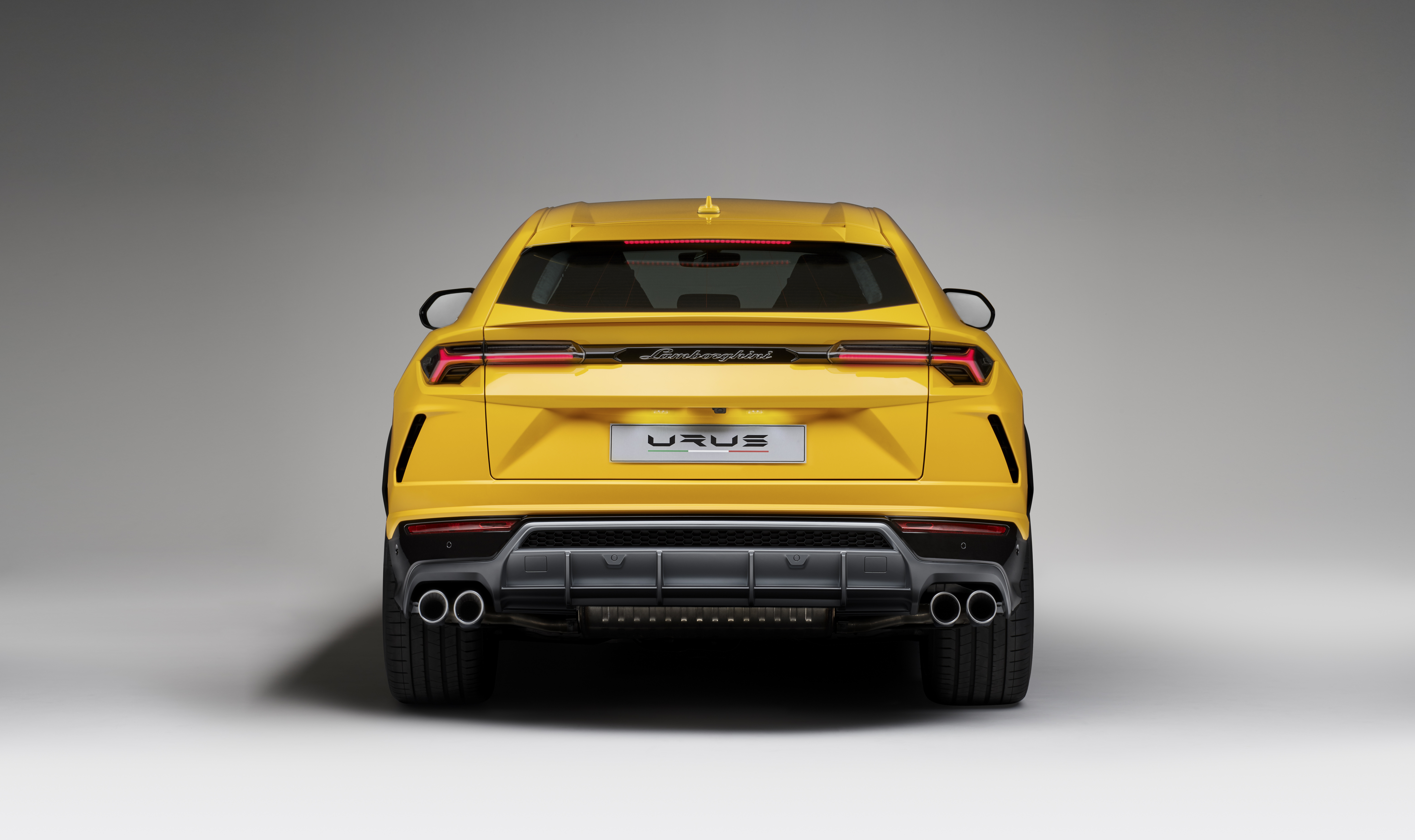 Perhaps it also suggests that Lamborghini’s latest model can look forward to a stellar future. Only time will tell – but one thing’s for sure: the Urus not only creates a new niche, but other brands will soon follow in it its tyre tracks. DM