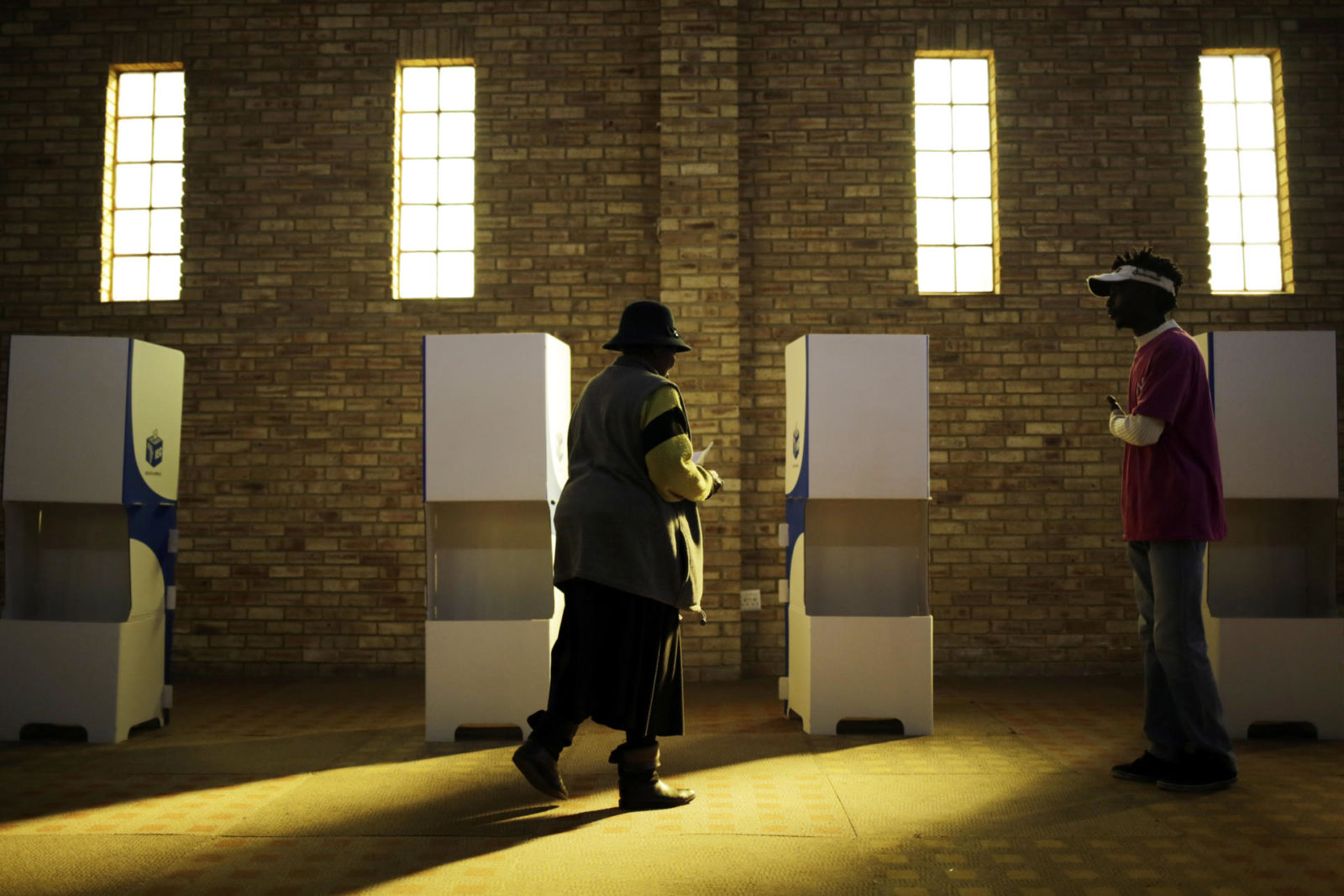 The African National Congress (ANC) lost a ward to the Inkatha Freedom Party (IFP) in the rural Mthonjaneni municipality in KwaZulu-Natal (KZN) on Wednesday night, and more worryingly for the party, lost ground in a Mafikeng by-election in the North West.

The Mthonjaneni municipality is an IFP controlled, inland municipality in the battleground district of the King Cetshwayo District Municipality in KZN. It lies near places like Nkandla and Eshowe and Empangeni. Ward 7 includes numerous villages and rural settlements. In 2016 the ANC dominated the middle rump of the ward which included the Kwagconco and Sitheku voting stations, with the IFP doing best in the bottom of the ward, which is relatively sparse. The top of the ward includes the Makhoseni and Sizanotho districts. It was the most competitive in 2016, and also the most densely populated.

The IFP needed a 3% swing in this by-election to win the ward from the ANC and ended up getting a slightly bigger swing and triumphed here by 182 votes on Wednesday night.

None of the six voting districts changed hands last night, but the IFP made inroads in the middle rump of the ward, the traditional ANC stronghold of Ward 7. At the Kwagconco school, the ANC majority of 105 votes was reduced to 12 votes. Turn-out in this voting district (49%) was also the lowest for the by-election. At the Sitheku school, the ANC majority of 96 was cut down to 25. The IFP was also able to increase its majority in the relatively small voting district of St Paul’s School, increasing it from 77 votes to 144 votes.

The IFP made inroads in the other voting district carried by the ANC and made slight increases in the two remaining IFP leaning voting districts. This translated in them turning around a 113 vote deficit in 2018 into a 182 vote win last night. It must also be noted that the National Freedom Party (NFP) and the Economic Freedom Fighters (EFF) continue to struggle in by-elections in wards contested in the northern part of the province.

This was the third ward the IFP won off the ANC in KZN in 2018. The other two were in Jozini and Mtubatuba. The new council composition in Mthonjaneni sees the IFP with 15 (14) seats, the ANC with nine (10) seats and the EFF with one.

Tlhabologo and Magogoe lie on the outskirts of Mafikeng next to the N18 highway going to Vryburg.

As a mode of comparison, the proportional representation (PR) results of 2016 were used as the EFF did not contest the ward in 2016.

The ANC might have held this ward, but it was not a convincing hold. This result will be of concern to the ANC. The ANC lost ground to both the EFF who came second here last night, but also to the Forum 4 Service Delivery (F4SD), who finished just behind the EFF in third place last night. Another worrying factor for the ANC (and other parties contesting here) is that 12% of the total ballots were spoiled. At the Moatlhodi School in Magogoe, 87 voters spoiled their ballots – 22% of all the votes cast in this district. The ANC had decreasing returns in all three of the voting districts. In 2016, on the PR ballot, the ANC got 780 votes more than the second-placed EFF. Last night the majority fell to 157 votes. While turnout was down, this once safe ward is now competitive. Turn-out was 37%.

The North West is a province where the EFF needs to carry on investing its resources as they continue to do well in by-elections here. While they could not replicate their shock win from earlier in the year in Ditsobotla (Coligny), they made an impact in the provincial capital yesterday. The F4SD will also be very satisfied. They must rate their chances of entering the North West legislature after the 2019 elections.

The ANC will defend another safe seat in the North West in the middle of August in the Moses Kotane municipality in the Bojanala District.

The next round of by-elections is in two weeks’ time. The ANC will defend a marginal seat in Walter Sisulu municipality (Burgersdorp) in the Joe Gqabi District in the Eastern Cape and a very safe rural seat in Mbhashe in the Amathole District, also in the Eastern Cape. DM