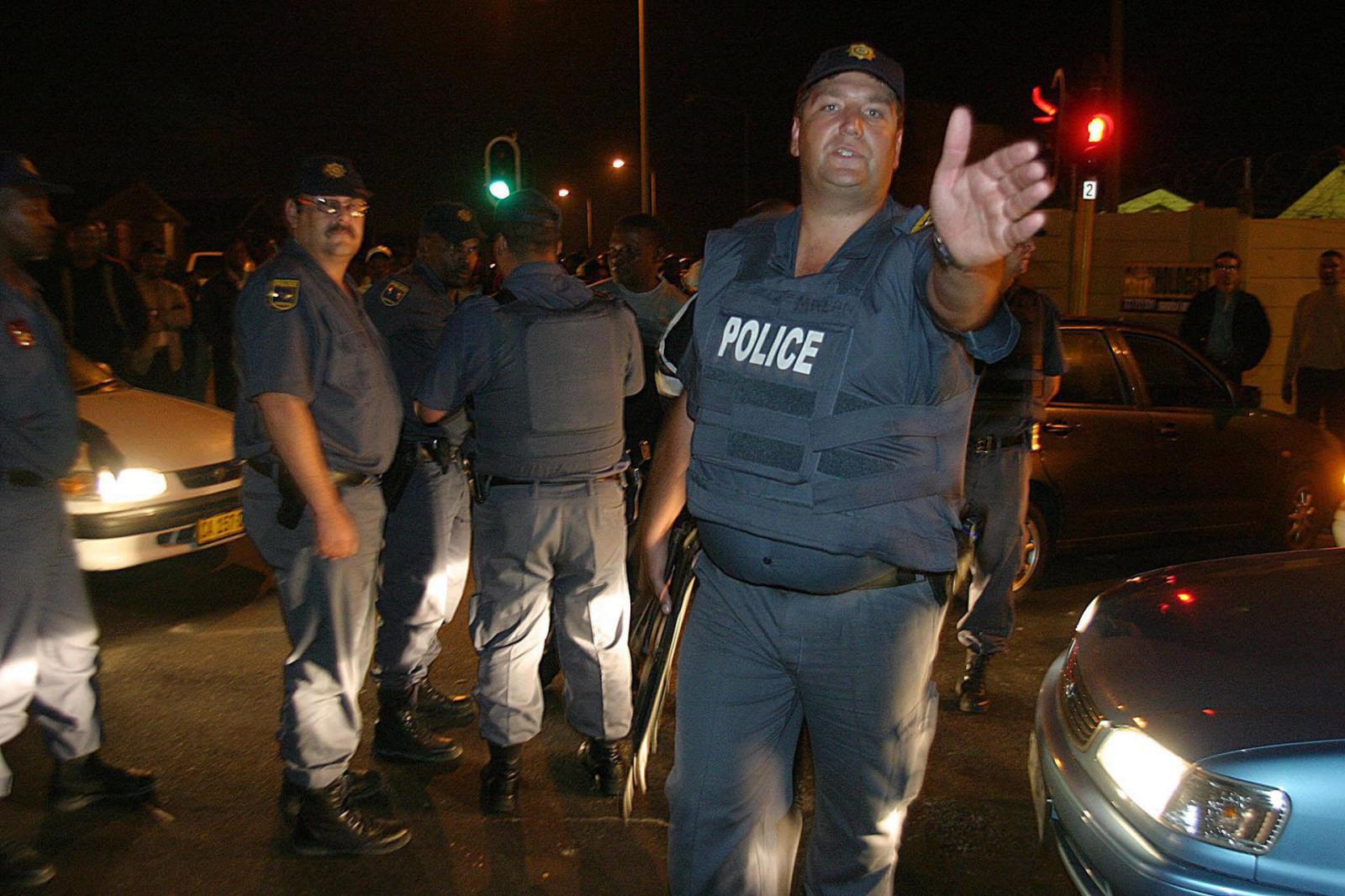 South African policemen clear residents away from the crime scene where a bodyguard of a deputy minister and member of the VIP protection unit, was shot dead in Nyanga informal settlement outside Cape town, Wednesday 21 May 2003. Archive Photo EPA/NIC BOTHMA

Targeted deployment based on sound data can place police in areas where violence is highest. By Andrew Faull

South Africans are 13% more likely to be murdered than six years ago. At 34 murders per 100,000 people, the murder rate is almost six times the global average.

Police have a vital part to play in violence prevention, and this rise in murders suggests that they may not be using their resources effectively. More police isn’t the solution – rather, deployment of officers must be targeted and intentional.

This was one of the resolutions of the African National Congress’s policy conference in December 2017. Others included addressing the lack of norms and standards for policing, and that policing priorities needed to be more aligned to spatial developments. When it came to police stations, it was agreed that population size, proximity to residents, and the nature of services needed should be considered.

The resolutions are a victory for the Social Justice Coalition and other groups who for years have called the South African Police Service’s (SAPS) resource allocation practices irrational and unjust.

Police-to-citizen ratios in poor, historically black areas are often lower than in wealthier areas. The Khayelitsha Commission of Inquiry in 2014 called for the urgent overhaul of the police’s resource allocation system.

Targeted and intentional deployment that places police in areas where harm is most predictable will help make police more effective. This is because crime is largely clustered in small geographic areas, perpetrated by a small number of offenders, and often associated with particular behaviour – for example, alcohol consumption.

This view is backed by a 2016 meta-review commissioned by the United States Agency for International Development (USAID) to guide violence prevention in some of the world’s most violent countries.

The review found that to reduce violence, resources should be concentrated where it is greatest. It noted that ‘public and private institutions responding to violence lack the capacity to be everywhere, but they can be where it matters most’.

Violence is also concentrated at particular times. In the Western Cape, two-thirds of murders occurred over weekends, with 67% of these at night. In the Eastern Cape 65% of murders occurred over weekends, in KwaZulu-Natal 61%, and in Mpumalanga 50%, again with many at night. Murder and other types of violence are also commonly associated with alcohol.

Police should concentrate their resources in high-murder precincts, particularly over weekends, at night and in areas where alcohol is frequently consumed. But policing alone cannot prevent violence, and deployment must be complemented by other interventions.

The USAID review identified several elements common to effective violence prevention. The first has been mentioned: projects should target areas where violence is greatest. They should also focus on specific problems, such as murder or gun violence in targeted areas.

The second is that authorities must identify and reach out to high-risk individuals in targeted areas (for example gang members). They should offer them support and opportunities to improve their lives, and follow through on these, while reiterating that violence won’t be tolerated.

Thirdly, interventions must be well coordinated (between for example, schools, social workers, prosecutors, business partners and police), flexible and responsive. Fourth, interventions must be planned and guided by a theory of change – a clear story that links what is being done to the expected result. And this story must be understood by all involved.

Fifth, data must be used to analyse problems, identify targets, guide interventions, drive implementation and evaluate effectiveness – which takes us back to the start: the identification of the people, places and behaviour around which violence is most concentrated.

The police’s murder data can be used to gauge the police precincts where violence is most common. But these statistics are still too general, and by the time they are made public, the numbers are too dated to guide interventions effectively.

Communities, the private sector and other government departments must support the police in preventing violence. For this, and for evidence-based interventions to work, all parties need access to regular, reliable data.

The same is true for the implementation of the ANC’s conference resolutions. Without data, one cannot know where police-citizen ratios are most deficient, where spatial changes compel shifts in police strategies, whether norms and standards align with violence prevention, or what kinds of services are most required from police and where.

The Institute for Security Studies has since 2010 been callingfor station-level crime statistics to be released regularly. This would help build partnerships at local level to reduce crime. Despite the government deciding in June 2016 to release crime statistics quarterly, this has not been done regularly, nor is station-level data provided. Making such information available is a fundamental building block for reducing violent crime. DM

For maps, graphs and analysis of the latest available crime and violence data on South Africa, visit the ISS Crime Hub.