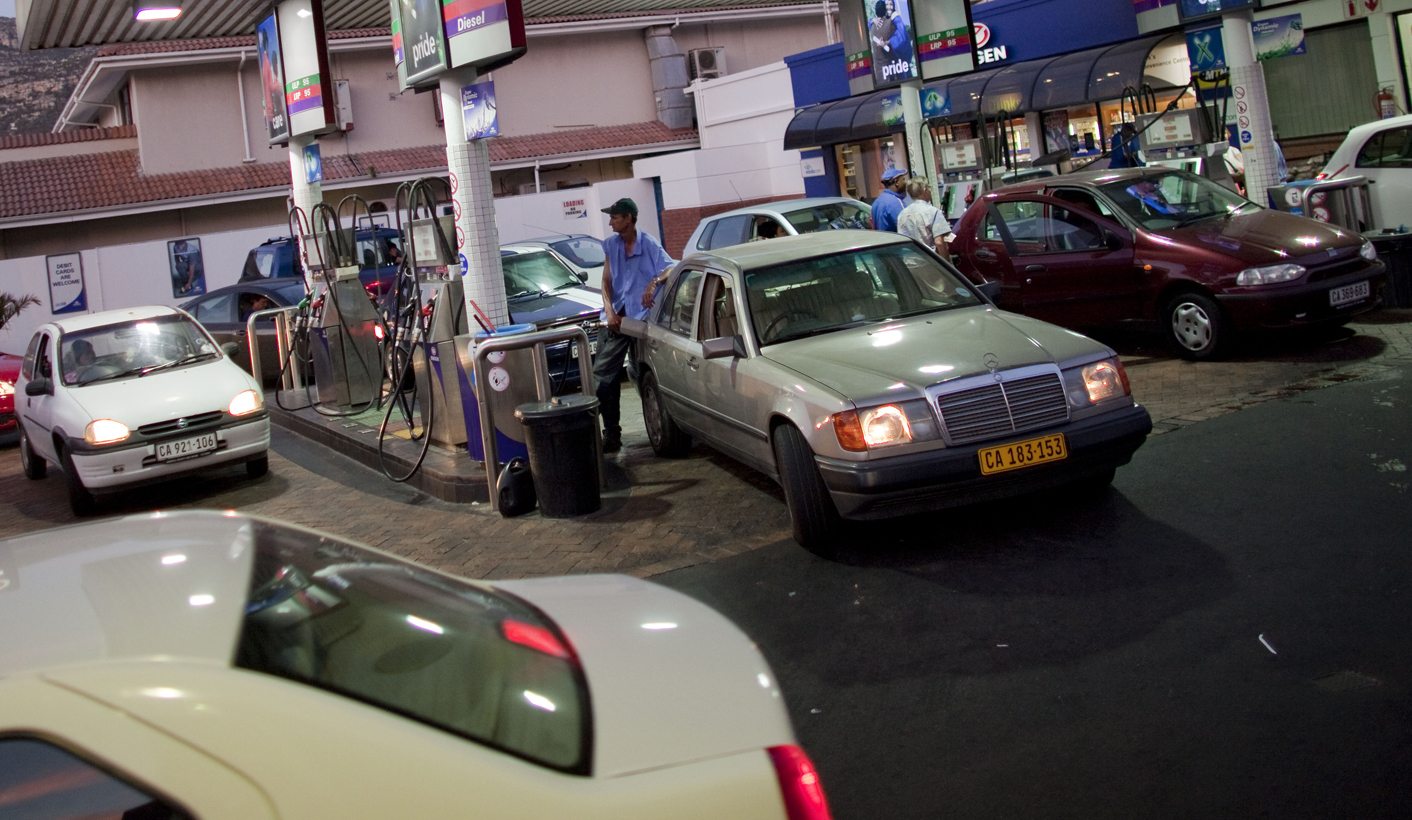 With fuel prices hitting record highs, the DA and Outa announced on Tuesday that they would march to demand a R1 cut in the fuel levy and for the Road Accident Fund to be put under administration. But economists say the country can't afford the tax cut.

DA leader Mmusi Maimane made a broad appeal on Tuesday to anyone affected by rising fuel prices to join the party, the Organisation Undoing Tax Abuse (Outa) and transport associations to march in Tshwane on 31 July to demand lower fuel levies and the overhaul of the Road Accident Fund (RAF).

Maimane, who was joined by officials from Outa and transport associations, said citizens were suffering due to the government’s economic mismanagement, which has led to the recent increase in value-added tax (VAT), record-high fuel prices and poor economic growth.

The groups will march to National Treasury’s offices with three demands:

Taxes and levies currently add R5.30 to the price of a litre of fuel, with general taxes of R3.37 a litre and the RAF levy at R1.93 a litre. Taxes and levies have increased significantly over the last decade. The increase in fuel costs follows a 1% rise in VAT implemented in April.

“Every cent of this massive increase is absorbed by ordinary South Africans, either directly through increased transport costs, or indirectly by the resulting rising food prices,” said Maimane on the increase in fuel costs.

“This is simply not sustainable. Something has to give.”

The RAF made a R34-billion loss in 2017. Its board was recently dissolved due to division and dysfunction. Earlier in July, the RAF was reported to be leasing 300 office chairs for over R1,600 each per month.

Maimane and others who spoke on Tuesday said the fuel taxes and levies are being used to fill gaps in the government’s budget as it fails to meet tax revenue targets and loses money to corruption and wasteful expenditure.

In response to concern over rising prices, President Cyril Ramaphosa recently asked ministers in the economic cluster to find ways to ease the burden on consumers, but he downplayed his ability to “temper much in the end where it impacts on the budget and tax legislation that is out there”.

Maimane responded: “Yes, fuel is adjusted on the basis of international commodity pricing, but this question of levies, why does it keep going up rather than in fact going down? South Africans are paying more for levies than any other country in the SADC region and we are paying R5 just on the basis of fuel alone.

“We can’t simply allow this government to sit back and say they are vulnerable to international forces and therefore they can’t do anything. That is absolute nonsense.”

Economists agreed on Tuesday that the RAF needs to be reformed, but they said reducing fuel levies would have little long-term impact and leave a gaping hole in Treasury’s revenue collections.

Stanlib chief economist Kevin Lings said reducing levies would lower fuel prices. “But the problem will be tax revenue collection… If you cut the taxes by R1 you’re definitely going to lose out on revenue.”

The government budget continues to be in deficit while, with mismanagement at SARS, tax revenue collection missed its target by R48-billion last year and there are fears it may again miss its goal this year. Lower fuel levies would force the country to borrow funds, increasing spending on borrowing while South Africa’s credit rating remains negative.

“I’m not convinced that longer term it’s going to be a successful strategy,” said Lings on the DA’s proposal. “It’s really not a long-term solution or viable solution.”

Lings said to ease current pressures, economic growth must increase to provide jobs and boost household income. “There’s no shortcut to this answer.”

Dawie Roodt, chief economist at Efficient Group, disagreed with the proposal to cut the fuel levy and accused the DA and Outa of “cheap politicking”.

He said government could look to cut other taxes but the levy was broad-based, cheap to collect, and could even be raised. “It’s tax economics 101,” he said. DM