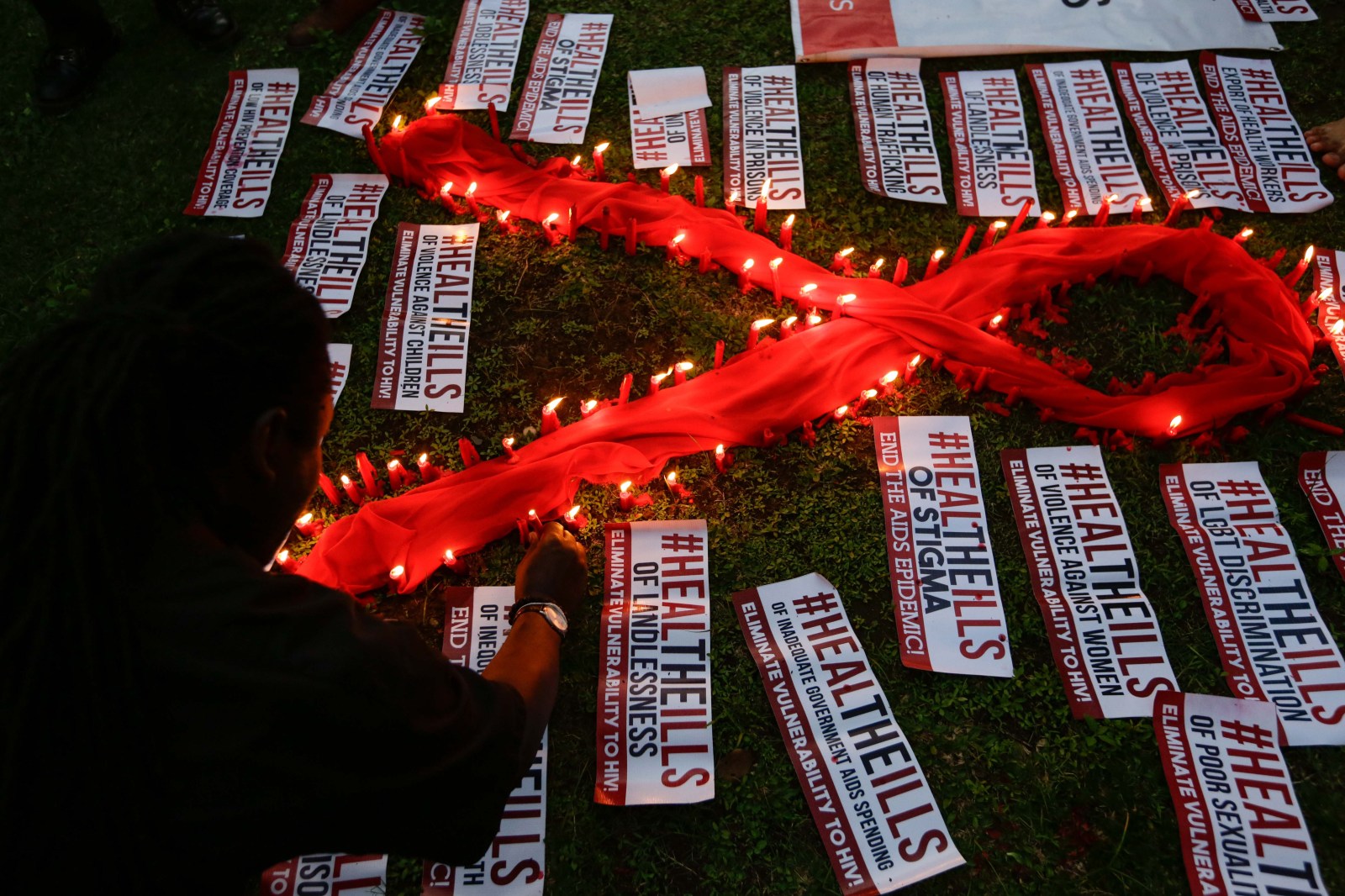 A man lights candles around the symbolic 'Red Ribbon' on World AIDS Day in Quezon City, Philippines, 01 December 2016. World AIDS Day is observed every 01 December with calls from international health and advocacy organisations for the public to get involved in programs for awareness, prevention and treatment of HIV/AIDS. EPA/MARK R. CRISTINO

There are many reasons why the end of the Aids epidemic is not yet in sight and why the International Aids Conference still matters. Here is a case in support of this important bi-annual meeting on the eve of the largest gathering of the HIV/Aids “world” in Amsterdam from Monday night.

The 22nd International AIDS conference is to be held in Amsterdam in 2018, as we move through the 37th year of the Aids epidemic. The first Aids conference was held in 1985 in Atlanta, United States at a time when the world was still grappling with what this virus is, what its impact might be, and how to even begin helping those affected.

The immense strength of the HIV response has meant that in quite a short period of time the HIV/Aids community has moved leaps and bounds to achieve both treatment and prevention. Some are even suggesting that we are near to the end – however, there are many reasons why the end is not yet in sight and why this conference still matters.

The Aids conference remains an anomaly in the health world, being both the first and one of the only health conferences to cater to the full range of people involved and affected: basic scientists, doctors, programme implementers, social scientists, lawyers, policy-makers, activists and the patients themselves. All coming together in one place to hear each other and share their ideas.

This is a manifestation of what the Aids epidemic has driven home to the world: nothing can be done or achieved without involving everyone, including those who are often isolated, stigmatised, or voiceless. In a slogan, this is “nothing about us without us”, but in practice this is what the Aids conference enables. It works to connect people and form networks across tracks, population groups, and country borders. At every point in the HIV epidemic this has mattered, but potentially now as we face an ever more hostile and nationalist world, this is critical.

HIV/Aids is not over – nor are we fast approaching an end. In terms of new infections, while some generalised epidemics have seen success, infections in key populations such as people who inject drugs and sex workers in Eastern Europe and Central Asia are increasing and in South Africa alone 2,000 young women are infected every week. A primary prevention revolution is desperately needed. In terms of mortality, we have also had huge success; however, we now have an ageing population of people living with HIV who will need to combat a range of co-morbidities. There is much work still needed to prepare for this.

Ultimately, until we have a vaccine or a cure, until we can reach all marginalised populations affected, until we prevent all new infections and know how to best support those living with HIV, we need to keep this conversation going.

We are reaching a new era in the HIV response where considerations need to be made on how to integrate HIV care and prevention programmes with other disease programmes and within a universal healthcare model.

HIV/Aids has benefited as a favoured child of global health that receives a high level of funding, focus and pooling of global resources. How do we now continue to sustain these gains while also integrating HIV/Aids with other global health issues? The IAS-Lancet commission (to be released just before the Aids conference) will aim to tackle these questions and lay out some recommendations. The Aids conference provides an ideal opportunity to launch this and other new conversations and allow everyone to hit the ground running.

The Aids epidemic broke in 1981. Many of the researchers, activists and movers leading the response were there to witness it and thus strategically placed to lead the response. However, as time has passed the baton needs to be handed to the younger generation. We need them to lead, we need their passion and new ideas, and we need them to make it relevant and accessible for generations to come. The Aids conference, with its youth focus, scholarship programmes and inclusive agenda, provides the platform to achieve this. The conference co-ordinating committee includes a youth representative, the global village hosts many youth-lead organisations, and at Aids 2018 an entire plenary session is to be dedicated to the youth.

The Aids conference still matters as long as it provides an opportunity for everyone involved and affected by this epidemic to congregate, feel included, get involved and be inspired to move the HIV response forward – because we are not there yet! DM

Professor Linda-Gail Bekker is President of the International AIDS Society and Deputy Director of the Desmond Tutu HIV Centre at the University of Cape Town.

While Spotlight is published by SECTION27 and the Treatment Action Campaign, its editors have full editorial independence – independence that the editors guard jealously. Spotlight is a member of the South African Press Council.