David Makhura’s unopposed ANC Gauteng victory – another beginning, another election to be fought 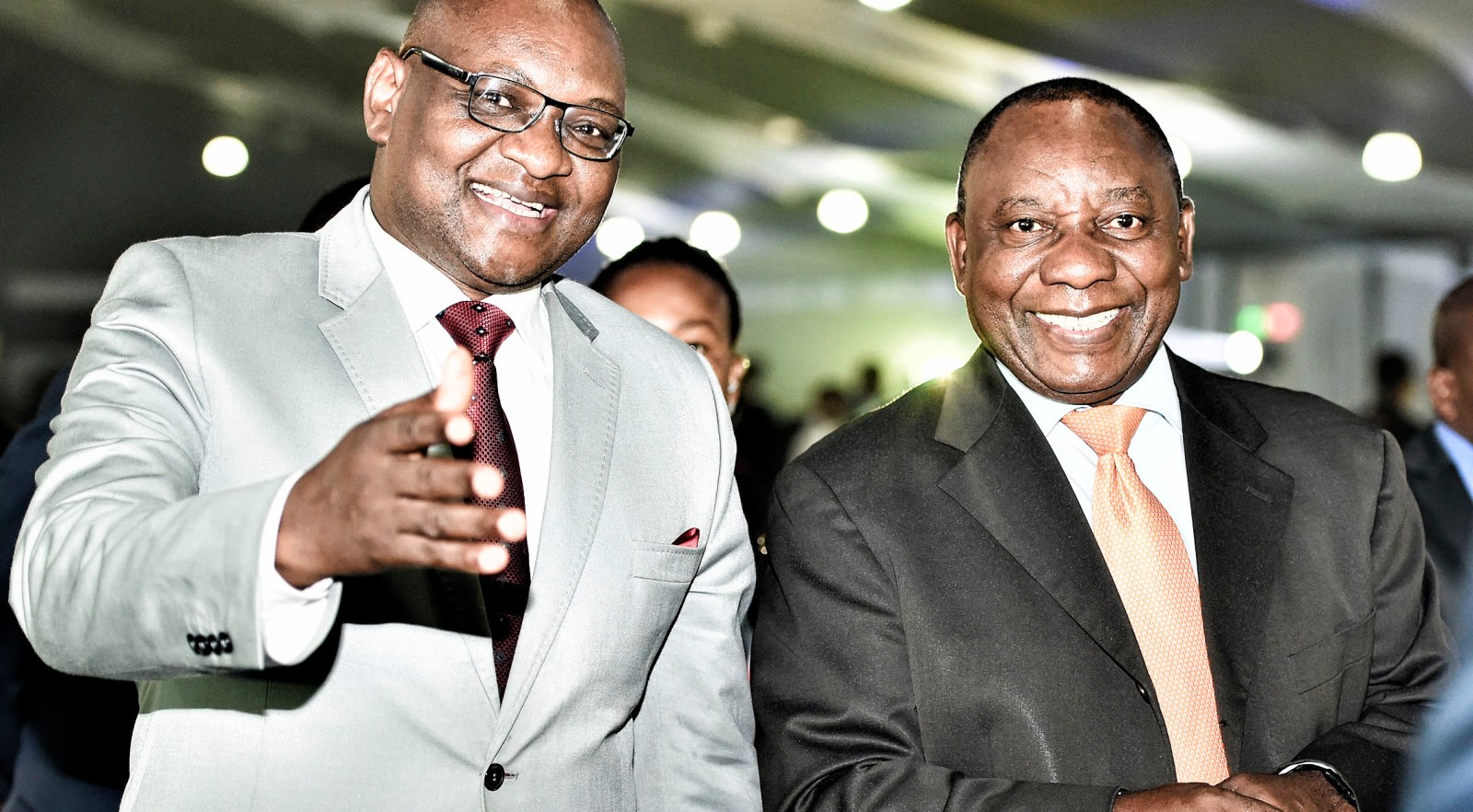 Deputy President Cyril Ramaphosa delivers a keynote address at the closing ceremony of the Gauteng Provincial Government's Senior Management Service Conference, under the theme "Building State Capabilities to implement the NDP and drive the programme of radical transformation, modernisation and re-industrialisation of the Gauteng City Region". The conference was held at the Birchwood Hotel, Boksburg. Taken on March 30, 2016 (GCIS)

Newly elected ANC Gauteng chair David Makhura is determined that the outcomes of the provincial conference held this weekend sets the party on the right path. It was not unexpected that he would be elected to the top position unopposed while the choice of the rest of the four top leaders was a result of intense lobbying and deal-making.

David Makhura closed the ANC Gauteng conference on Sunday evening by reassuringly saying he will not purge his detractors. He said no MEC serving in his cabinet in government will be removed from their position even though they “held different views at the conference”.

“In this province we don’t deal with those who held a different view on leadership. Those of you who came from beaches and regions – if anyone wants to deal with you because you disagreed with leadership, you must come back to us because we don’t allow our members who held different views to be punished,” he said.

This remark was aimed at economic development MEC Lebogang Maile who contested to be deputy chairperson and lost and those who were on his slate. It was a tight race between him and Panyaza Lesufi, and in the end, a 22-vote difference made Lesufi the new ANC provincial deputy chairperson.

At first, there were three people up for that position as former mayor Parks Tau was nominated by branches. A deal initiated by the ANC Joburg region, where Tau is from, saw him declined nomination for the deputy chairmanship and accede to being nominated as treasurer.

Tau was successful in his bid but the other candidates for other positions fielded by this slate were not victorious. Jacob Khawe, who campaigned alongside Maile, was elected to the powerful position of provincial secretary and his deputy is Nomantu Nkomo-Ralehoko – someone also featured on Maile’s slate.

An ANC staffer said it best as soon as the elections were released:

“No slate won. This Zebra thing is a trend started at Nasrec”.

He was referring to the concept of having leaders elected from both sides of the factional divide. Like the outcomes of the ANC national conference in Nasrec last December, leaders who had campaigned against each other will now have to work together.

While Makhura has promised not to purge any of his political opponents, he was quiet firm against ill discipline – especially people who take the ANC to court.

“They go to court and we go there and win cases now… we are now winning cases. We are no longer insulting judges. If you take us to court, we will meet there – we have good lawyers,” he said.

The ANC triumphed in court last week after attempts to stop the Gauteng and KwaZulu-Natal conferences through the courts were thrown out.

Makhura became emotive on this issue, saying people are being used to fight the ANC.

“We have to fight poor ANC members who are funded elsewhere. When they lose a case, the courts say (pay) the costs. Those who are funding them run away. This is painful, it is not nice because poor people in our ranks are being used,” he said.

This was the message similar to the one by ANC Secretary-General Ace Magashule when he addressed the closing of the conference.

“We tolerate differences. But if you use your differences to do wrong things, we are coming for you,” he said.

Makhura’s main challenge going into the election campaign is to continue in his bid to root out corruption in the province. It doesn’t help his cause that he has instituted corruption investigations against some of his political opponents, like Maile, and if he acts on that he would be seen to be purging them. On the other hand, if he does nothing, that won’t sit well with the electorate.

Makhura was quick to warn those who would use the post-conference “peace” to do wrong, thinking they will be untouchable. He said while they won’t act against their political opponents who did nothing wrong, they won’t hesitate to act against delinquents in the party.

While Makhura runs the party in Gauteng as well as the state, the factional position should not be ignored. Khawe, the new secretary, is notorious for failing to turn things around in the troubled Emfuleni municipality. He was firmly in the slate that opposed Makhura and Lesufi and he would be the person who determines the intra-party dynamic going forward.

The ANC in Gauteng was criticised because only one woman was elected to its top leadership structure but the conference itself didn’t seem too fazed. At the same time, results of who made the 30-member provincial executive committee was not announced at the closing of conference as the elections took longer than expected.

Makhura concluded by telling delegates that the focus onwards is the 2019 general elections which he believes, given the outcomes of conference, the ANC has a strong chance of securing the majority in the province. When Magashule addressed the conference he said the ANC in Gauteng has a huge responsibility to recover lost ground.

“If we do not work together the ANC will loose the whole of Gauteng and therefore entrust the leadership role of this metropolis into the hands of the forces of reaction and doom,” the secretary-general said.

Some polling data has predicted that the party is on the rise in the province but President Cyril Ramaphosa warned at the start of the conference that they shouldn’t be complacent as a result.

It’s not the need of the fight for Makhura and those around him – and he knows it because the election campaign is dependent on a complete turnaround within the party. DM