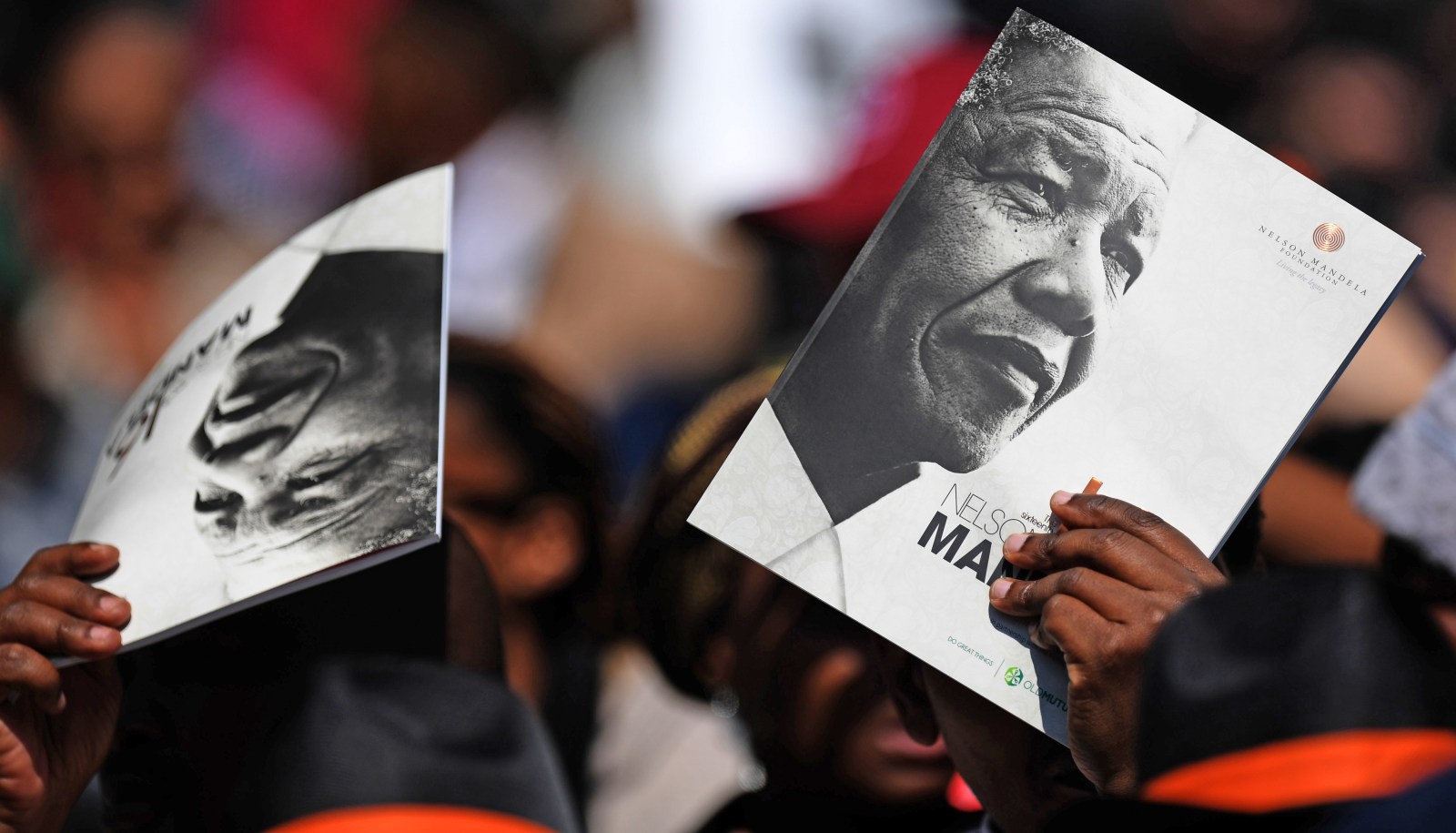 Guests shield themselves from the sun during the annual Mandela Lecture to commemorate Mandela Day, in Johannesburg, South Africa, 17 July 2018. EPA-EFE/STR

Within our contested politics, and ahead of the 2019 elections, it is obvious to everyone that communication is absolutely crucial to political success in our democracy. If you can’t communicate, and strive to take advantage of every single opportunity, you lose the chance to improve the perception people have of you. Nelson Mandela’s Centenary was an example of what you could call low-hanging political fruit for the ANC. And yet, it appears this was an opportunity missed by Luthuli House. Instead, it found itself in a sordid business, having to defend its own reputation. This points to problems within the party, certain dynamics which are going to be difficult to contain, even with a crucial election looming.

While Nelson Mandela now belongs to the nation as a whole, there are stupendously easy media tactics and strategies the ANC can use to remind everyone of Mandela’s political home. The party has not been shy about doing this in the past: once Luthuli House was wrapped in a massive banner bearing his name; for the 2011 municipal elections, a highly contentious photo session with the badly ailing Mandela was organised, lest anyone tried to hijack his image; the party has also strongly criticised the DA for trying to appropriate Mandela’s legacy during later elections.

And yet, as Mandela Day broke across the country on Wednesday, there was little evidence that Luthuli House had grasped the opportunity. Instead of ANC leaders from all factions parading through radio and television studios, people contented themselves with discussions about the Barack Obama lecture.

While Obama would always be difficult to ignore the morning after his speech, no media organisation would have ignored the chance to interview members of the ANC’s Top Six, or someone like Chief Whip Jackson Mthembu.

As a result of this vacuum, Joburg’s DA mayor Herman Mashaba won much of the day with his revelation that an employee at Luthuli House had been arrested for his alleged role in a cash-in-transit heist. Even by the painfully stretched standards of our time, this was shocking news. The ANC was forced into action, releasing a statement explaining that Velile Present had been served with a notice of summary dismissal, and that the party will start a process to remove him as a member. While it’s not known exactly when Mashaba came across this piece of information – so cynical is our politics at the moment that it is tempting to ask if he hung onto to it in order to ensure that it ruined the ANC’s Mandela Day, which it arguably did.

The question that is worth asking is why is it that the ANC was unable to grasp such an easy gift in the first place. Its official statement about the centenary of the birth of Mandela was issued on the ANC’s media WhatsApp group at 14:12, long after the start of the day’s news cycle. While that timing will possibly ensure some coverage in the evening TV news bulletins, it surely misses the chance to completely dominate the day, which it had every right to. This could suggest that there are problems with the ANC’s communications machinery, that it is not doing what professional political communicators do in this day and age, with carefully timed and targeted interventions to take advantage of planned events.

Then there is the man who is the official face of the ANC itself. Pule Mabe was appointed the party’s national spokesperson by the ANC’s national executive committee (NEC) after Nasrec. It fell to him to represent the party on SAfm on Wednesday morning. When asked, after the usual discussions about the example of Madiba, if the ANC had lived up to his example, with specific reference to the last 10 years, he was unable to craft a coherent answer. His response could be summed up by his use of the phrase “there may have been challenges”. While it looks on the face of it a difficult question to answer, with preparation there is an obvious response. All you would need to say is, “Look, Stephen, you will know how difficult the last few years have been for the ANC, but we have a new leader now, and that will not happen again, and the New Dawn will bring real change to South Africans.”

Political spin is not rocket science, and it doesn’t have to be over-thought either.

This then leads to the obvious question – if the ANC is not able to dominate news coverage of Mandela Day, then how will its elections machinery cope with the election? Technically, communications in the ANC falls under the control of the secretary-general. And it may be here that the ultimate problems lie.

While it would be unfair to compare Ace Magashule in the first six months of his term to Gwede Mantashe at the end of his, he would still have to carry the can for this situation. It also raises again the question, was Mabe the only person who could, or would, do the job? Being spokesperson for a governing party, particularly one as split as the ANC sometimes appears to be, is always going to be tough. Zizi Kodwa refused to stay on after Nasrec, saying before the conference that he would leave the position, while Jackson Mthembu is now the ANC Chief Whip in Parliament. Both Kodwa and Mthembu, despite what they had to defend, were trusted by most in the media. Mabe is different. He comes into this position having first supported Julius Malema and then appeared to do a 180 and support Zuma. Along the way there have been various claims of corruption against him. All of this means that he arrives as spokesperson with a cloud already hanging over him. Which perhaps also suggests a similarity with his now boss, Ace Magashule.

All of this then goes back to what the main source of the problem may be. The fact that the secretary-general of the ANC is not someone who many people trust. It was, of all people, Fikile Mbalula who first tweeted in 2017 that for Magashule to become secretary-general would be a “definite no no no, the man will finish what is remaining of our movement. He will kill it”. The problems with the ANC and communications may give weight to Mbalula’s claim.

This then could provide the opposition parties with some opportunities in the future. No doubt they will be able to capitalise on this apparent lack of competence, through being more nimble and more prepared with their communication strategies. They will also watch as the ANC appears to miss more opportunities such as Nelson Mandela Day.

That said, the ANC itself can sort this out relatively quickly. While Mabe is the official spokesperson, there is no bar on other ANC leaders, and NEC members, from speaking in public. As a result, they can garner much coverage on the campaign trail, and through other events. However, the problem with that may be that messages become unco-ordinated.

Underlying all of this is how the relationship between our politics and our media may be changing. Politics is becoming less about one-on-one meetings and knocking on doors and public meetings, and more like the politics of some other democracies, where most voters consume their politics through the media. This creates challenges for some parties and huge opportunities for others. For the moment, the ANC does not appear to be grasping how important this could be. DM