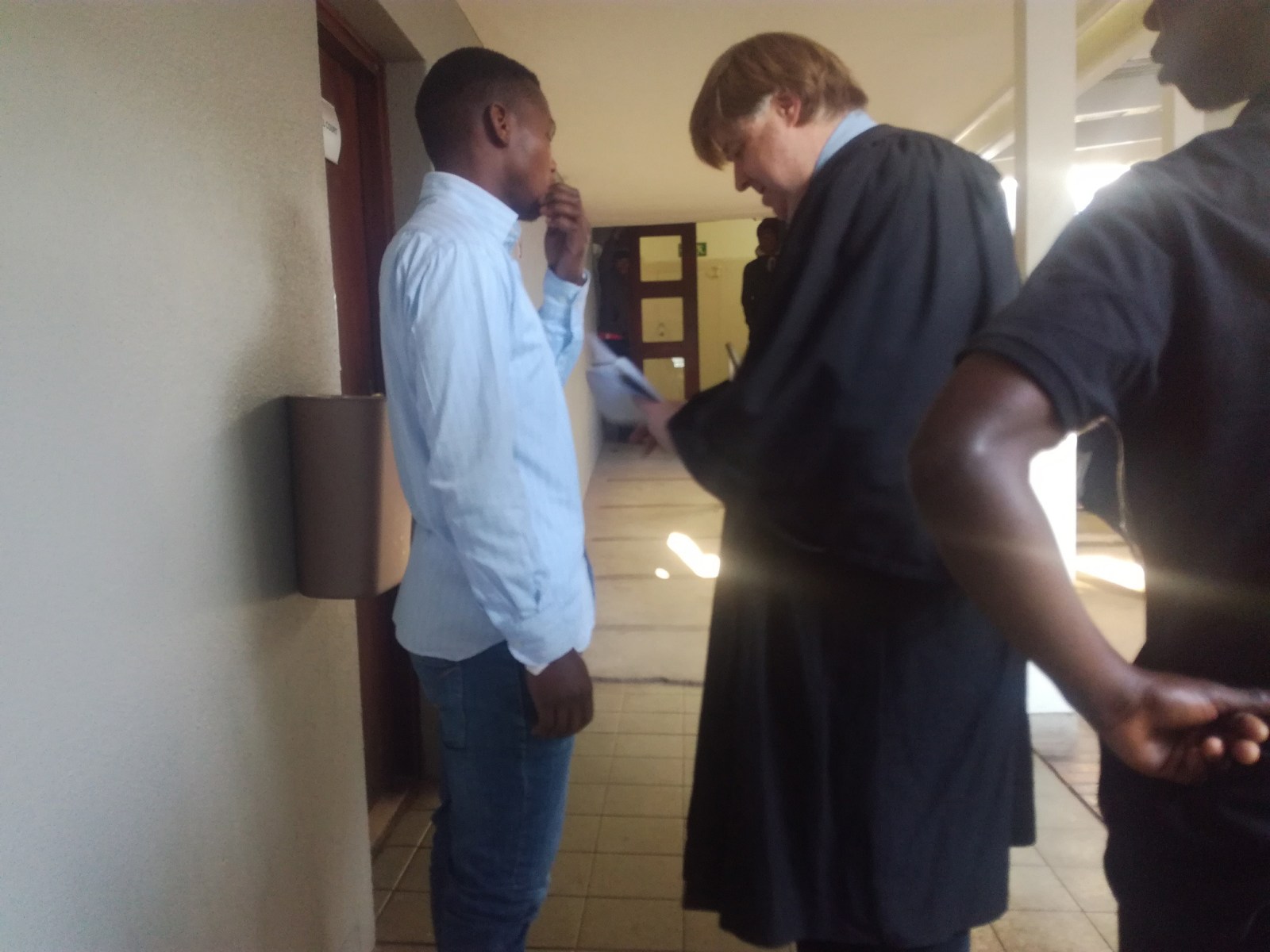 Bongile Joni was released on a warning despite being charged with the murder of a Strand woman allegedly because of her sexual orientation.

“If you don’t co-operate with your lawyer, then I’m going to keep you in custody.”

This was the stern warning given by Magistrate Franselien Mouton to the man accused of murdering 23-year-old Noxolo Xakeka, allegedly because she was lesbian.

Bongile Joni is accused of stabbing Xakeka in the early hours of 1 January 2018. She died in hospital a few hours later.

On Wednesday, Joni made a brief appearance in the Strand Regional Court where he was expected to defend the charges against him. Instead, Magistrate Mouton reprimanded Joni after his Legal Aid lawyer Wayne Hancock complained that he was not prepared to go ahead with the hearing because he could not contact Joni.

“I have been unable to contact the accused because the number I was given does not work. I have proof that I’ve repeatedly tried to contact him to get his particulars. I’ve left a number of messages and no one got back to me,” said Hancock.

“How is your lawyer meant to communicate with you if your phone isn’t working? It may be easier if I just keep you in custody.”

Mouton remanded the matter until Monday, 30 July to allow Hancock time to consult with Joni.

Through the court’s isiXhosa translator, Joni told Mouton that his cellphone number had not changed and asked to speak to his lawyer outside of the courtroom. To which Mouton responded:

“You’re wasting money and people’s time. It doesn’t work like this. You have to keep your cellphone on at all times.”

Outside court, Hancock told GroundUp that he was unable to attend Joni’s previous hearing on 13 July “due to a personal matter” but has been battling to contact his client since then.

It is the state’s case that Joni harassed Xakeke by making “derogatory comments” about her sexual orientation. An argument between the two escalated into a physical altercation.

Despite the serious nature of the crime, Joni was released on a warning at his bail hearing in early January. The Triangle Project and Free Gender handed a petition to the court asking that Joni be arrested and kept in jail.

The case was postponed until 30 July. DM