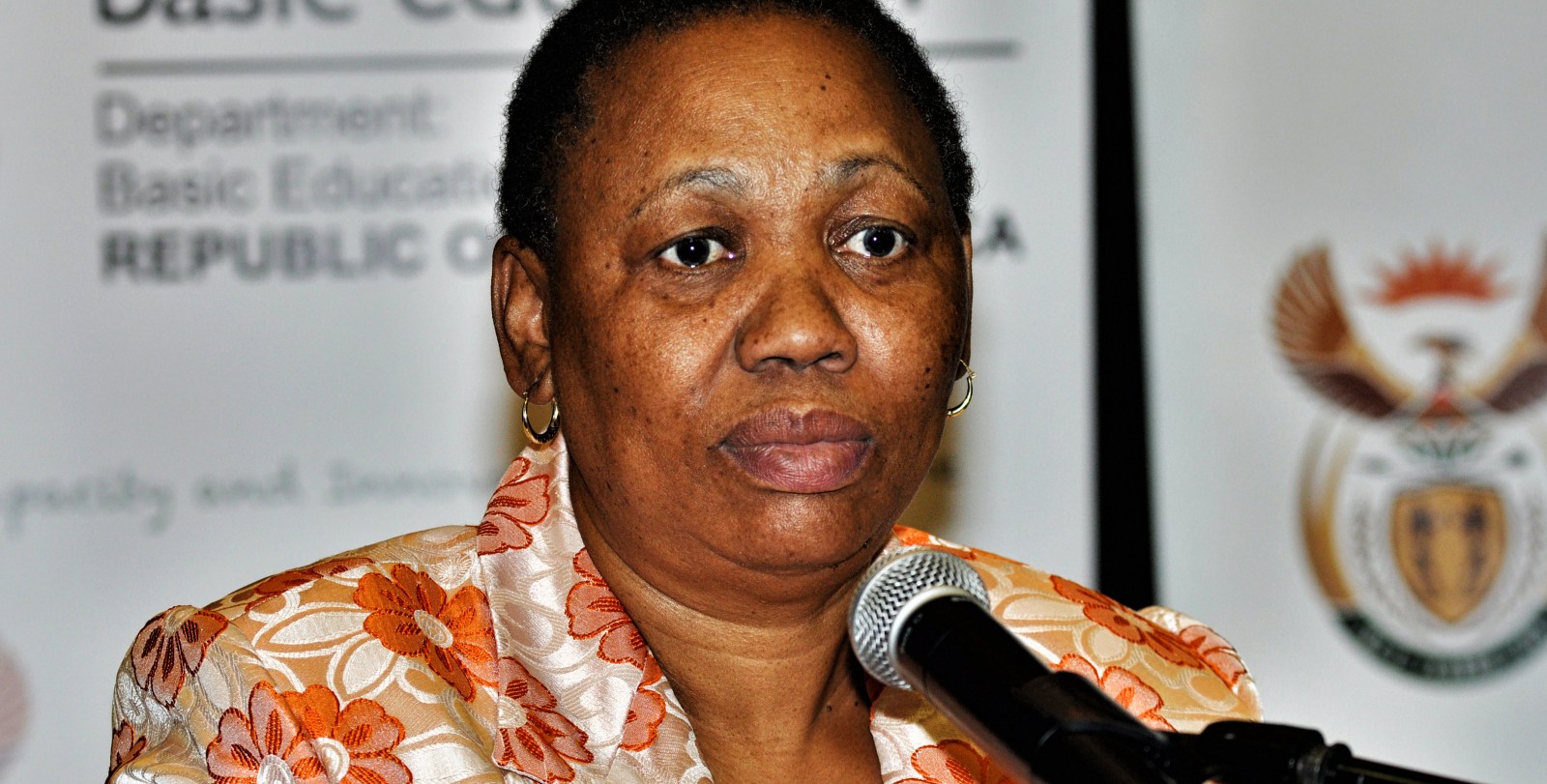 Lawyers for education advocacy group Equal Education say that if government does not comply with its legal requirement to provide safe and dignified schools for South African learners, the next step could be a class action lawsuit. This comes after a high court ruling on Thursday which does away with the government’s excuses for not fixing school infrastructure.

The “lifetime indemnity” previously afforded to Basic Education Minister Angie Motshekga, protecting her from the legal consequences of not providing adequate education infrastructure, has been removed.

In a scathing judgment delivered in the Bhisho High Court on Thursday (July 19), Acting Judge Nomawabo Msizi wrote that the government’s current regulations on school infrastructure “provide the respondent [Motshkega] with a lifetime indemnity against discharging the duty she owes”.

This is because up until now, the regulations have included a number of loopholes which allowed the government to avoid accountability for not fixing schools.

In terms of the wording of the regulations, the government could lawfully justify not providing a school with basic facilities on the grounds that it could not secure the co-operation of “other government agencies and entities responsible for school infrastructure”.

The regulations also allowed government not to upgrade schools made of mud, zinc or asbestos – as long as there was even a small portion of the school constructed from appropriate materials.

Government was required only to “prioritise” attending to schools with no water, sanitation or electricity, with no specification of what this actually meant.

The case before the court this week was brought by education advocacy group Equal Education to tighten up the regulations and remove these excuses for inaction from the government’s legal armoury.

Not only did the court rule entirely in favour of Equal Education – which means that the relevant regulations will have to change – but Judge Msizi was also unsparing in her criticism of Minister Motshekga’s failure to ensure that South African learners have access to adequate schools.

“I cannot fathom a reason why, given the nature of the right in question, and the abundant crisis, the respondent cannot develop a plan and allocate resources in accordance with her obligations,” Judge Msizi wrote.

Daniel Linde, of the Equal Education Law Centre, explained the import of the ruling to Daily Maverick as follows:

“The situation yesterday was that you had these infrastructure regulations, but if anyone tried to assert them, the state just had to say: ‘We’ve tried to make a plan for you; you’re on a list’.”

That has now changed, says Linde.

“If a school doesn’t have water, it is now impossible to interpret the law as saying anything other than [government] has to provide water.”

Another important aspect of the ruling is that it compels the Department of Basic Education to make public each province’s plans for upgrading school infrastructure. This was previously not the case, which made it difficult for schools to hold the government accountable. Judge Msizi described this aspect of the regulations as “unconstitutional and invalid”.

Equal Education says it plans to now embark on a public awareness campaign to inform schools of their rights to demand that infrastructure be fixed as a matter of urgency.

In the event that government continues to drag its feet, however, Linde says that further legal action is on the cards – which could include a class action lawsuit on behalf of inadequately resourced schools.

“We’re not trigger happy on litigation, but the tighter regulatory framework now opens up the space for mechanisms like class action litigation,” says Linde.

Until now, approaching the courts has proved to be one of the only ways of compelling government to provide adequate educational facilities – and even then, success has been limited.

It was only after a court order that the Department of Basic Education published the regulations for norms and standards of school infrastructure in 2013. Those regulations included a deadline of 29 November 2016, by which time all schools should have been provided with water, sanitation and electricity and upgraded from building materials like mud and zinc.

The Department of Basic Education’s own figures show that that deadline has not been met.

The department’s defence has been that it is nonetheless making steady progress in addressing the infrastructure backlog. The number of schools without water, electricity and toilets has decreased – in some cases by a margin of over 2000.

Equal Education notes, however, that the number of schools classified as having an “unreliable” supply of water and electricity has risen over the same period.

“This re-categorisation of schools from having no supply of water and electricity to having an unreliable supply suggests a number of possibilities: unreliable data, shifting definitions of what constitutes access to basic services, and incomplete or limited upgrades to basic services,” the advocacy group says.

The ability of individual schools to assert the rights granted to them by the infrastructure regulations has also been limited. Suing the government is not an option for many under-resourced schools, as Linde acknowledges, without the support of advocacy groups. A class action lawsuit could make this process more viable.

It’s unclear at this stage whether the Department of Basic Education intends to appeal the court ruling. Department spokesperson Elijah Mhlanga told journalists outside the court that the department welcomed the ruling and would use it to “fix their mistakes”.

A subsequent statement from the department struck a slightly less receptive tone, announcing that it had “noted the judgment” and would share it with MECs “to discuss a way forward”.

The statement also repeated the standard government defence: “It is important to report that progress has been made in the provision of school infrastructure”.

It added that the department had been hamstrung by non-delivery of private companies awarded maintenance tenders, “resulting in cancellation of contracts and reallocation of work to other companies”.

This excuse is officially no longer legally permissible.

The battle for safe and dignified schools is far from over, warns Linde.

“The question is how seriously the state takes the law,” he says.

“But the fact remains that the legal tools to advance schools are now much sharper than they were yesterday. Hopefully that translates into schools fixed faster.” DM