Op-Ed: Disunity in Cameroon – Mediation unlikely as A... 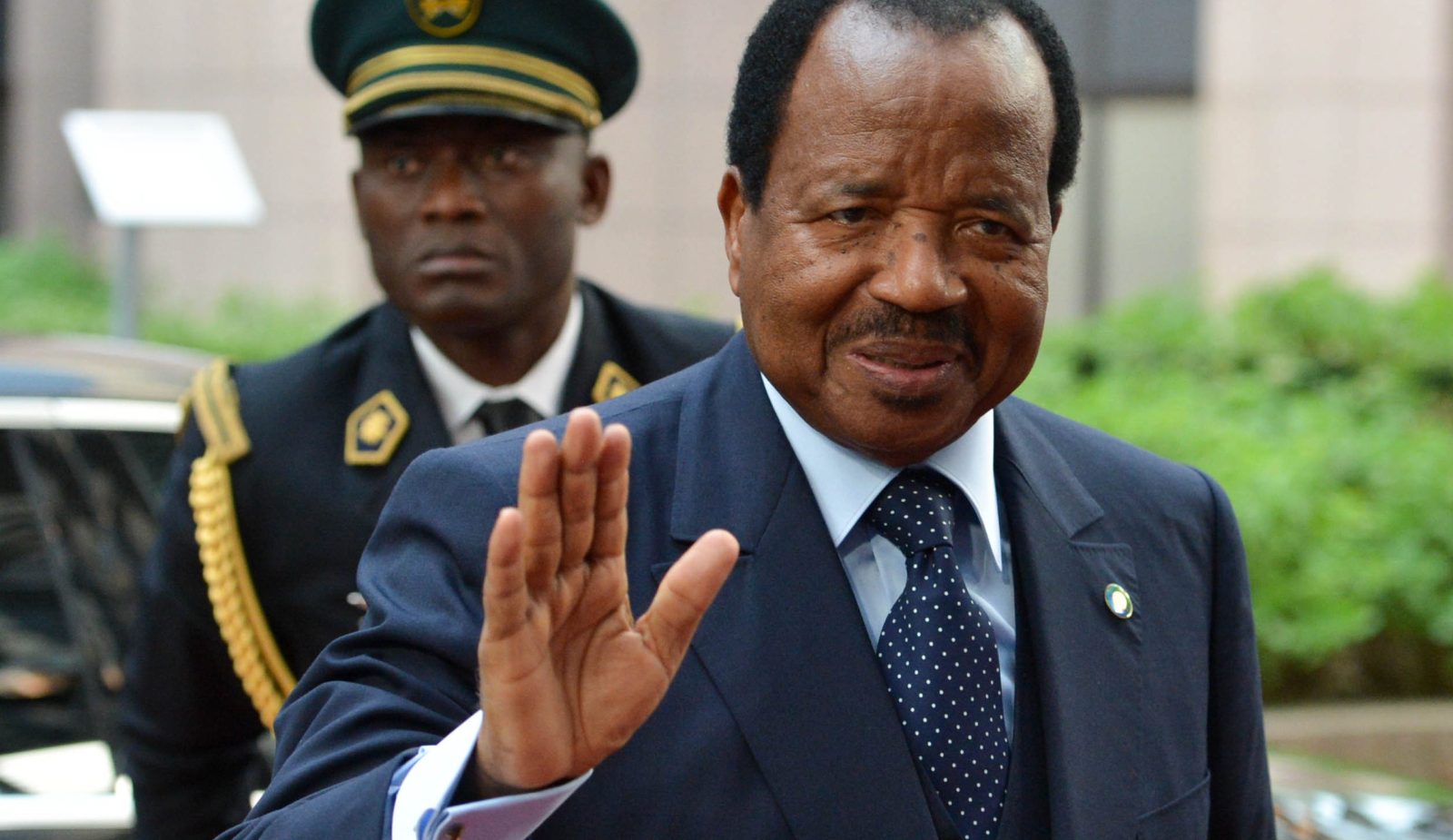 File Photo: The President of Cameroon, Paul Biya, arrives at the fourth EU-Africa Summit of Heads of States at the European Council headquarters in Brussels, Belgium, 03 April 2014. Discussions at the summit will focus on the theme 'Investing in People, Prosperity and Peace'. Topics will include education and training, women and youth, legal and illegal migrant flows between both continents, ways to stimulate growth and to create jobs, investing in peace and in ways to enhance EU support for African capacities in managing security in the continent. EPA/Stephanie Lecocq

A negotiated settlement is the only hope for a peaceful resolution of the current crisis. Unfortunately, given the entrenched positions of both the state and separatist militants, it is a rather slim hope at the moment.

The violence in Cameroon’s Anglophone regions has reached unprecedented levels in recent months and shows no signs of stopping in the run up to presidential elections on 7 October. Neither side is inclined to negotiate as increasingly brazen separatist attacks are met with increasingly brutal responses from security forces.

On 12 July, at least 10 people were killed when suspected separatists attacked the defence minister’s convoy travelling between Kumba and Mbonge in the south-west region. A few days later on 17 July, security forces engaged separatist militants in a gun battle in Bamenda, capital of the north-west region.

These are but two examples of the acts of violence that are occurring on a weekly basis in Cameroon’s north-west and south-west regions. As usual it is the citizens who bear the brunt of the fighting.

The current crisis in the Anglophone regions began in October 2016 with widespread protests against the central government’s continued marginalisation of Cameroon’s English-speaking community. The violence escalated a year later after secessionists declared the symbolic independence of the two western regions.

The government responded swiftly with mass arrests, bans on public gatherings, and the use of deadly force against civilians. Armed separatist groups proliferated as the security forces continued to militarise the Anglophone regions.

Although the current flare-up began in 2016, Cameroon’s “Anglophone problem” has its roots in the country’s colonial history. The north-west and south-west regions – previously administered by Britain – joined an independent federated Cameroon in 1961. A snap 1972 referendum abolished most the of the western regions’ autonomy and implemented centralised state control from Yaoundé.

In a way, the government’s response to the current Anglophone agitation is not surprising. It is the same tactic employed in the country’s Far North region where the state has been battling Boko Haram since 2014. Government forces have been repeatedly accused of arbitrarily killing or detaining citizens suspected of complicity with extremists.

Despite facing two insurgencies, President Paul Biya – in power since 1982 – retains a strong grip on power. On 13 July, the 85-year-old Biya announced his intention to run for re-election in October.

Holding elections in the north-west and south-west regions will be virtually impossible in the current climate of insecurity. This would significantly disadvantage the country’s largest opposition party whose support base is in the Anglophone regions.

The AU and Cameroon’s Western partners have repeatedly called for negotiations. Though the government agrees to the need for talks, it rejects any form of outside mediation.

The Catholic Church is the only local institution that could act as an independent mediator – it represents about one third of all Cameroonians and is present in all of the country’s 10 regions. Unfortunately the church seems to be riven by the same divisions as the rest of the country. Its inability to present a unified front thoroughly undermines its capacity as a facilitator of potential peace talks.

A more fundamental issue relates to what a successful resolution of the crisis would look like. The government will not except any form of succession. Moreover, it is not clear to what extent residents of the western regions actually support succession. What is clear, however, is that a majority of Anglophone Cameroonians support a peaceful resolution.

To this extent, the more moderate opposition leaders have been pushing for a political solution – calling either for a return to the power-sharing of federalism or for the devolution of power to regional leaders through decentralisation.

Despite some conciliatory noises and mostly hollow gestures, the government seems unlikely to grant any major concessions to Anglophone leaders. For their part, opposition leaders have not done enough to condemn separatist violence and encourage peaceful resistance.

A negotiated settlement is the only hope for a peaceful resolution of the current crisis. Unfortunately, given the entrenched positions of both the state and separatist militants, it is a rather slim hope at the moment. DM