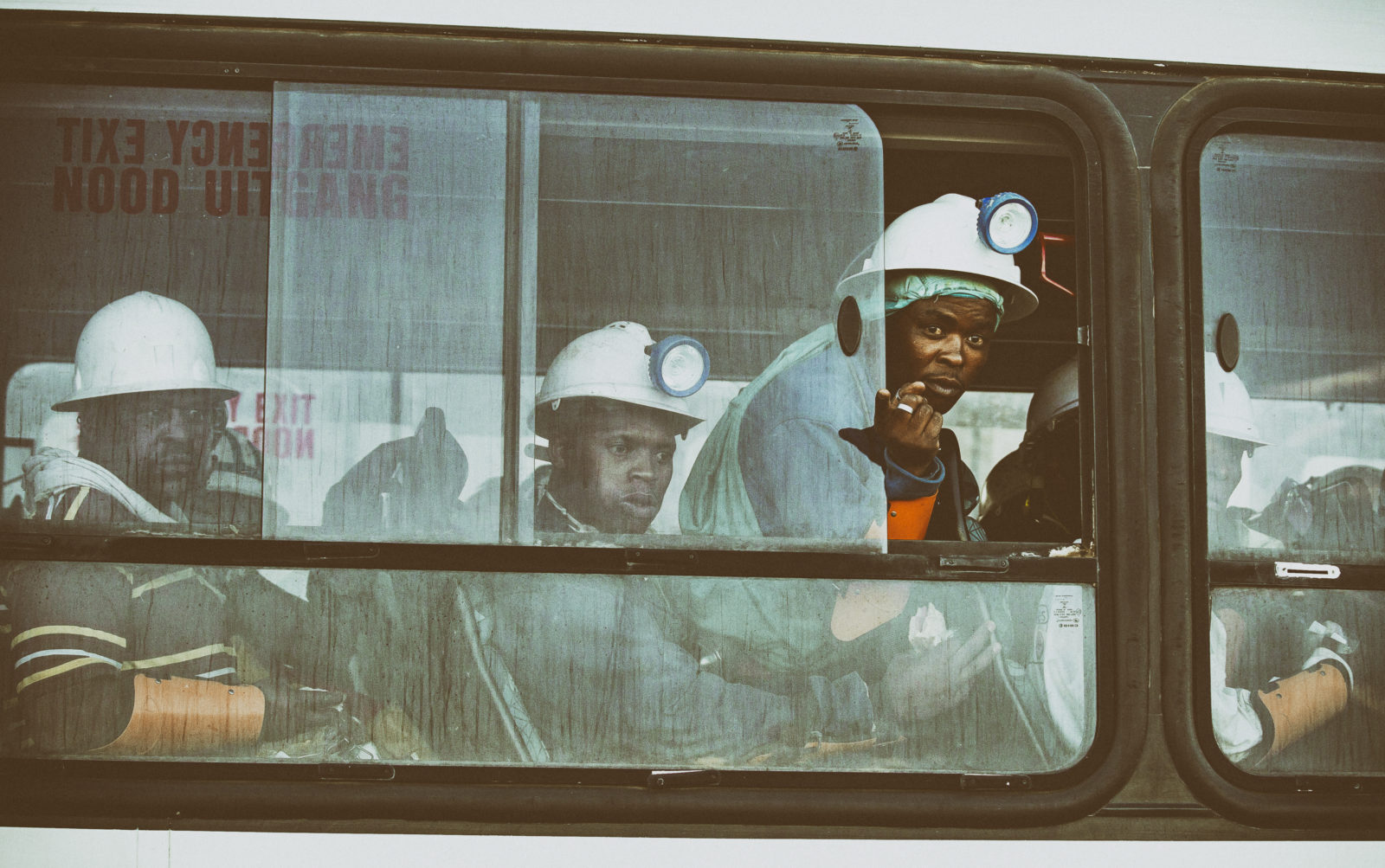 File Photo: Miners who were trapped underground are transported to a safe holding area after being trapped underground at the Sibanye Stillwater's Beatrix mine, Welkom, South Africa, 02 February 2018. Around 900 miners were trapped when a storm damaged the power supply to the mine with no injuries or fatalities reported. The National Union of Metalworkers of South Africa said on the same day that it wanted Sibanye Stillwater's Beatrix mine in the Free State to remain shut until workers safety could be guaranteed. EPA-EFE/STR

More than 130 mineworkers have died in South Africa’s mines in the past 18 months. Unions are now calling for mine safety laws to be altered to hold mine management to account through the enforcement of a fine.

Six miners died at the Palabora Copper Mine in Limpopo on Sunday bringing to 134 the number of mineworkers killed in South Africa’s mines in the past 18 months.

Their deaths have once again raised concerns over safety on mines and has seen a heightened push by unions for an amendment of laws with the aim of holding managers personally liable for negligence.

In the latest incident, a fire is said to have broken out underground at a time when, according to NUM (the National Union of Mineworkers), there were about 200 people were underground at the time.

Initial reports indicated that the fire started at one of the conveyor belts.

“This matter will be investigated and the union cannot make premature statements about matters that are sub judice and any comments at this stage may sway the investigations and sensationalise the investigation,” AMCU (Association for Metalworkers and Construction Union) President Joseph Mathunjwa said, pouring cold water on rumours that the fire was sparked when workers attempted to change a broken belt.

NUM health and Safety chairperson Duncan Luvuno said it would be ill-advised for him to comment on the cause of the fire before an inspection is conducted and an inquiry completed.

Their deaths come on the back of a series of mineworker deaths at Sibanye Mine, including seven who died as a result of a seismic event at the company’s Driefontein, West Rand mine.

To reduce mine deaths and accidents, the NUM want mining houses to be slapped with a fine in the event of an accident. The union said this should be done even before inspections are conducted. The union suggested a two-pronged process for mining houses when there has been an accident. Apart from the hefty upfront payment of a fine, the NUM also wanted an inquiry to establish whether mine managers should be liable.

The unions believe if proper inquiries are conducted and it is clear who should be held accountable, that mine managers would exercise more caution regarding the safety of mineworkers. The NUM said they will be pushing for the results of the inquiry to be made known in order to get to the bottom of what the cause of the miners’ deaths was.

While the NUM have called for amendments to the Mine Health and Safety Act, the Minerals Council of South Africa told Daily Maverick that changes to the law were unlikely to remedy the current situation. The council said since its promulgation in 1996, the act has been one of a number of factors that had contributed to the consistent improvements that were experienced until 2016.

According to the council between 1993 and 2016 the fatality rate fell by 88%. This was largely as a result of the concerted efforts by companies, the regulator, and labour.

“The Minerals Council is very disappointed at and very concerned about the rising fatality trend after more than 20 years of almost uninterrupted improvements. The current situation is unsatisfactory. The Minerals Council is intensifying its work with members to address both the spate of recent accidents, and the need to eliminate all accidents and incidents at work,” spokesperson, Charmaine Russell said.

AMCU is of the view that section 23 of the Mineral and Petroleum Resources Development Act (MPRDA) which grants mineworkers the full right to refuse to work in dangerous operations needs to be strengthened.

“We believe the current legislative provisions are insufficient to allow workers to exercise that right under section 23 of the MPRDA. This provision has procedural limitations and may affect how workers exercise this right,” Mathunjwa said.

He said the determination of what is a safe environment was contestable, and that where workers refuse to work and are found to have been wrong in their assessment of “unsafe” they face the possibility of being charged and dismissed. Mathunjwa said this was a limitation which sometimes compels workers to work even where they feel unsafe.

“…As such we are calling for the amendment of the MPRDA to clarify the procedure for exercising section 23 rights and the employer limitations to disciplinary recourse,” Mathunjwa said.

The NUM’s Luvuno concurred: “Workers could be charged by supervisors for failing to execute lawful instruction. This is the reason the law providing for such right is difficult to adopt.”

The Minerals Council conceded that there is no single solution to the scourge of mine deaths.

The most serious fatality incidents in 2018 varied in nature from falls of ground following a seismic event, employees entering areas that should be off limits, and underground fire. The council said each of these incidents needs to be thoroughly investigated.

The council said initially falls of ground due to seismic events were on the increase, and that addressing this, especially in deep-level mines, required a joint effort.

According to the Minerals Council, the Mine Health and Safety Council had invested R15-million in falls of ground research over the past several years to curb these. A further R250-million has been spent on research into seismicity associated with deep-level mines. In addition, R40-million had been spent on fundamental and applied research and technology transfer.

Minerals Resources Minister Gwede Mantashe visited the Palabora Copper Mine on Tuesday where he met with management of the mine and union representatives.

According to EWN, Mantashe responded to calls to review the Mine Safety Act, saying that this would be dealt with at the upcoming summit that has been brought forward to September from November. DM