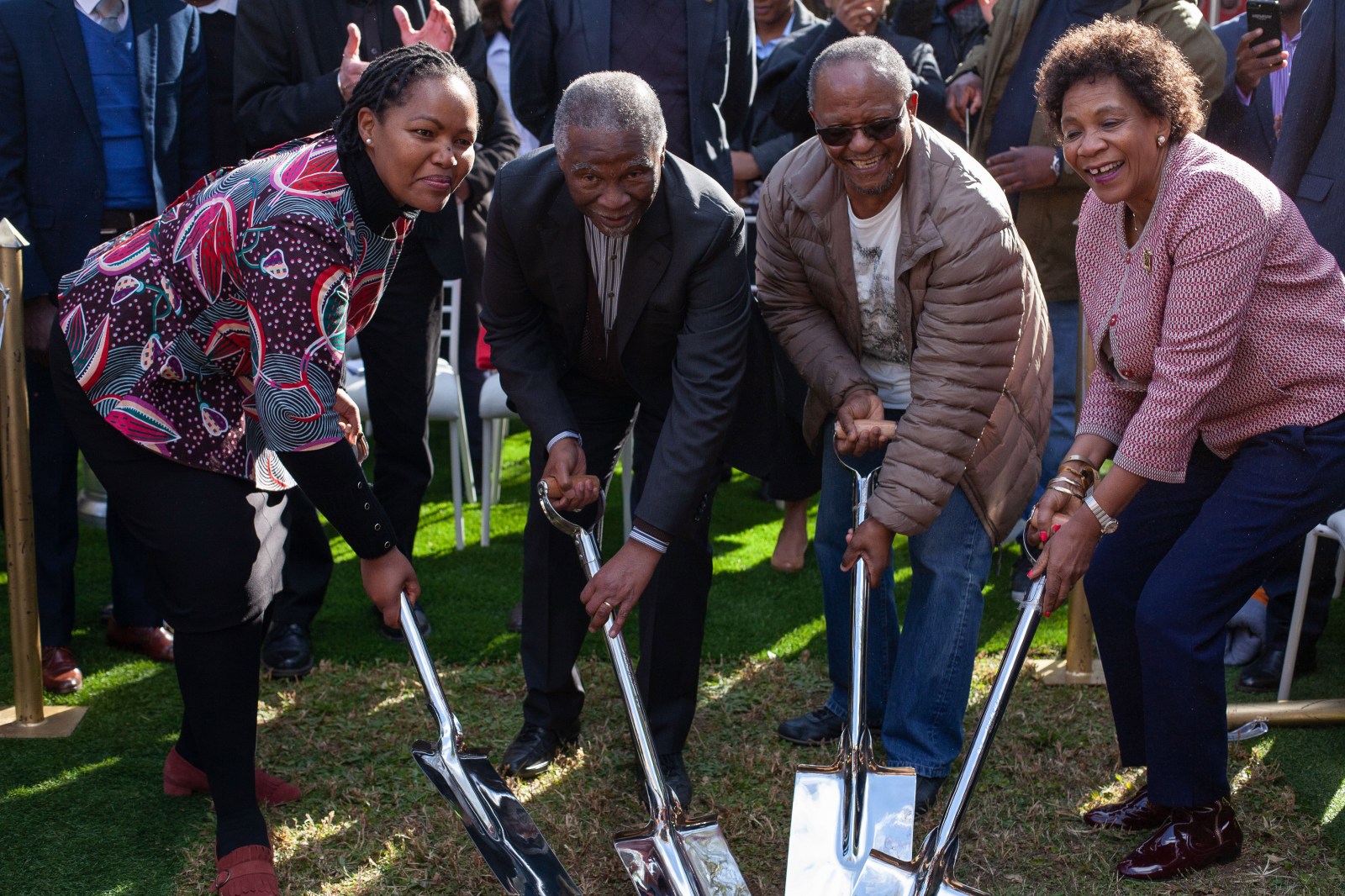 Speaking at a sod-turning ceremony at Nelson Mandela's former home in Gauteng, former president Thabo Mbeki said on Wednesday that people must act on the icon's legacy and not just use it as a slogan.

Former president Thabo Mbeki said on Wednesday that people around the world have taken up the call to “be the legacy” of Nelson Mandela, but they need to ensure that they act on the slogan to address problems in South Africa.

“Now we have the challenge to transform that into practical action so it doesn’t just remain a slogan. It’s a big challenge,” said Mbeki.

He was speaking to media at a sod-turning ceremony at the former president Nelson Mandela’s 1990s residence as people across the world celebrate the anti-apartheid icon on what would have been Mandela’s 100th birthday.

Mbeki said it was easy to honour South Africa’s first president’s legacy in words, but it was much harder to look at what hasn’t worked since 1994 and take action to address the country’s challenges.

The Nelson Mandela Foundation and Thebe Investment Corporation held the ceremony on Wednesday at Madiba’s home on 13th Avenue in Johannesburg, Houghton, his private residence from 1992 to 1998.

The Nelson Mandela Foundation and Thebe Investment Corporation (through its Thebe Tourism Group) have joined forces to turn the property into a boutique hotel, the Mandela Presidential Centre, with the aim of keeping Mandela’s legacy alive and honouring the icon’s work during the time he lived there.

Foundation CEO Sello Hatang said the property, which is to undergo renovations while its historic architecture will be maintained, will be used as a hotel and will also host Atlantic Fellows for Racial Equity, a programme seeking to dismantle racism in South Africa and the United States.

Thebe CEO Jerry Mabena said Mandela lived in the house while negotiating the transition to democracy and campaigning for the 1994 elections. He made a number of key announcements from the residence.

“The desired outcome is to be respectful to who lived here and what took place here,” said Mabena.

Mandela’s former chef Xoliswa Ndoyiya recalled the time she spent in the house with the former president. “I thought I was a worker here (but) I came to see Tata more as a human. I came to be a child of the house,” she said.

She recalled how he would read his newspaper on the stoep and punish his grandson Ndaba Mandela for losing his school jerseys by making him stand in the garden in the cold.

Ndoyiya said she served Mandela’s first coffee every morning at 4.30 before he ate his porridge with nuts and raisins. She recalled how one day he asked to have Frosties like his grandchildren.

After asking for the sugary cereal again the next day, he explained his unusual request to Ndoyiya: “Listen, darling, I have honoured my mother enough,” he said. DM