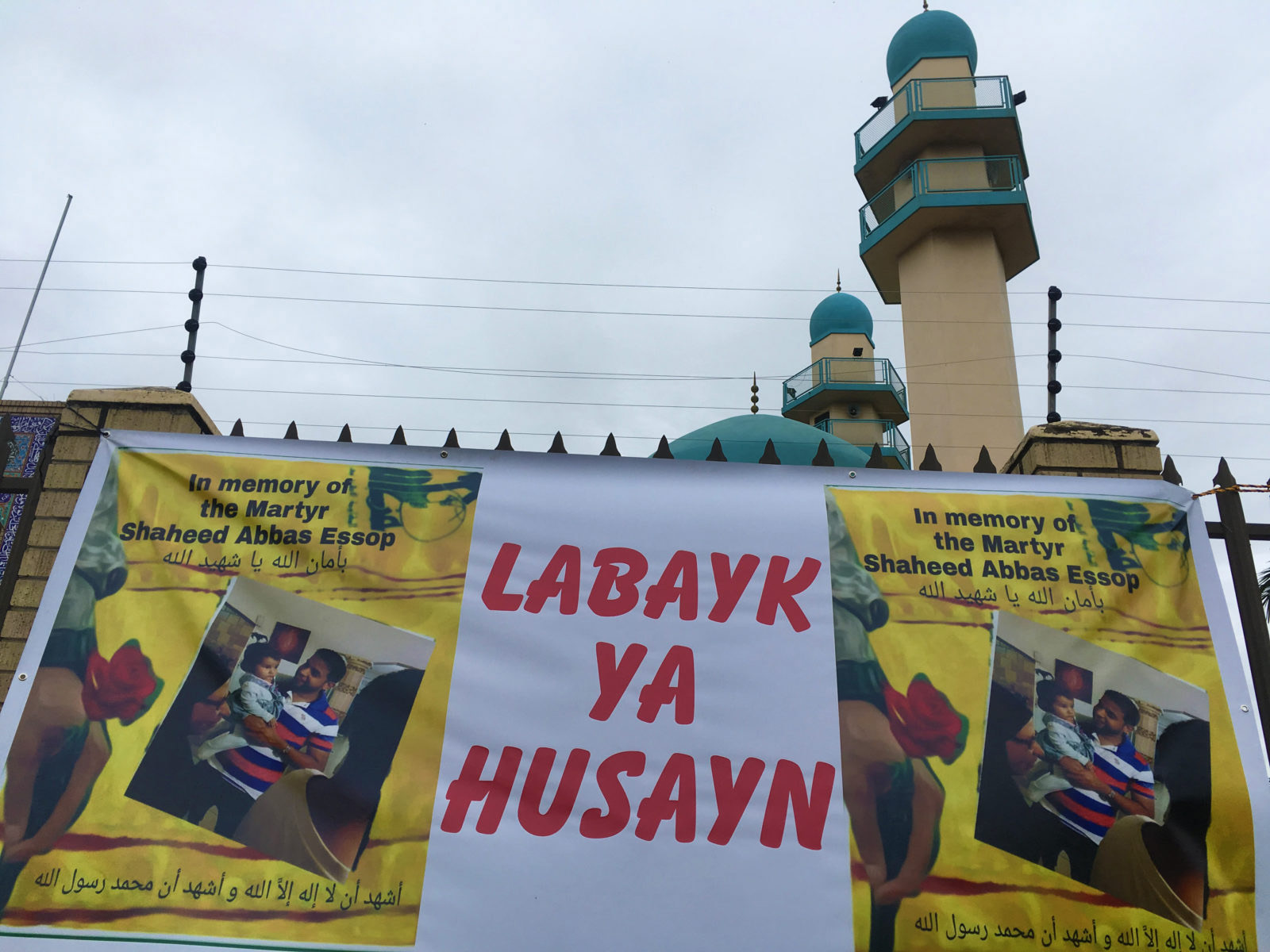 File Photo: Outside the Imam Hussein mosque in Ottawa, a banner now proclaims slain mechanic Abbas Essop a martyr to the Shi'a cause. Photo: Rebecca Davis

The Terrorism Research & Analysis Consortium has pointed out on numerous occasions that just because an act is terrifying it does not mean it is a terrorist attack. It’s an important distinction because labelling every horrific act as terrorism undermines the process of eliminating potential new threats.

Following the discovery of “explosive devices” around Durban in early July, an “explosive device” at Imam Hussaim Mosque in Ottawa in May as well as the slitting of throats incidents at Ottawa and Malmesbury Mosque in Western Cape in June a concerning trend has been occurring. Irrespective of the lack of facts on the motivation of any of the incidents, reports (intentional or unintentional) keep speculating that recent events could be the act of a lone wolf terrorist.

TRAC (Terrorism Research & Analysis Consortium) has pointed out on numerous occasions that just because an act is terrifying it does not mean it is a terrorist attack. It’s an important distinction because labelling every horrific act as terrorism undermines the process of eliminating potential new threats.

While little is known about the motivations of the person/persons planting the recent spate of Improvised Explosive Devices (IEDs), what is known is what the attacks are not. Namely, each IED found does not match the footprint of known international lone wolves inspired by Islamic State.

First, the types of public places chosen for the South Africa IEDs do not match the places where other IEDs have been planted across the world.

Islamic State inspired attackers chose to plant their IEDs in places that Islamic State propaganda has suggested. In almost all cases of Islamic State IEDs, the inspired bomber was either at the location or in close proximity of the bomb.

On 20 June 2017, a man’s trolley cart detonated an IED at Brussels Central Train Station. Oussama Zariouh detonated the suitcase on a luggage cart on a station concourse below ground causing a partial explosion of the bomb. The Islamic State claimed credit justifying the attack against the “Crusader Forces”.

Juxtapose that incident to a recent spate of IEDs planted in the United States where the attacker had nothing to do with the Islamic State. In March 2018, Mark Anthony Conditt, a 24-year old white male, left at least 4 IEDs in and around Austin Texas. In each case, Conditt was nowhere near the scene of the bomb detonation. Conditt was nothing more than a serial bomber terrorising a community, demonstrating that planting IEDs can have various motivations.

The only anomaly of recent claims where the attacker was not at the scene of the IED detonation was the attack on London Underground subway train at the Parsons Green station. On 15 September 2017, Ahmed Hassan left a crude bomb contained in a bucket on the train. The bomb exploded as it arrived at Parsons Green station in South West London. Even though the bomb maker was not at the scene there is an important difference between an IS inspired attack and one that is not, the attacker chose a location that would ensure maximum impact.

Based on location of the bombs in the recent spate of IEDs planted in South Africa, they do not seem to be planted with the intention to cause maximum causality count but have been rather poorly hidden in areas that can be found before the bomb can explode.

In almost every single IS claim of inspired attacks, Islamic State has stated that the attack was justified because the nation was a part of the coalition forces (ie Crusader Forces as seen in the Belgium example). EU attacks are hybrid in nature, the common denominator being “focus on far enemy using local supporters” (inspired or directed). The Islamic State makes no distinction between those that they personally planned, financed and executed or those that were simply inspired by IS propaganda.

There is perhaps one clue in the South African IED cases that would further indicate this is not an Islamic State inspired plot. With the last IED planted, on 9 July 2018, a purported letter left at the Spar grocery store. The Spar owner was informed via a letter left at the scene that a device had been planted and to fill a bag with money or the device would explode. Attacks that are ideologically motivated, do not care about money, the attacker is making a statement with their act of terror. This type of extortion is decidedly not one of an IS inspired attack.

South Africa is indeed not immune to acts of terrorism. Instant news coverage, terror organisations vast use of social media platforms to spread and inspire would be supporters and ease of movement of people, goods and money, any country could be targeted for terrorist activities by foreign actors, be it violent or non-violent in support and action. This is evident in South Africa with sympathisers willing to pack up and leave for countries such as Syria to join international terror groups like al-Qaeda and the Islamic State.

However caution must be applied in categorising all despicable acts as terrorism to underline condemnation. Extraordinary measures such as the planting of devices that could kill people are of grave concern and require priority attention. But before labelling any event with the word “terrorism” extraordinary evidence is required, for what we name any event gravely effects both the security forces and the public’s ability to combat it. DM