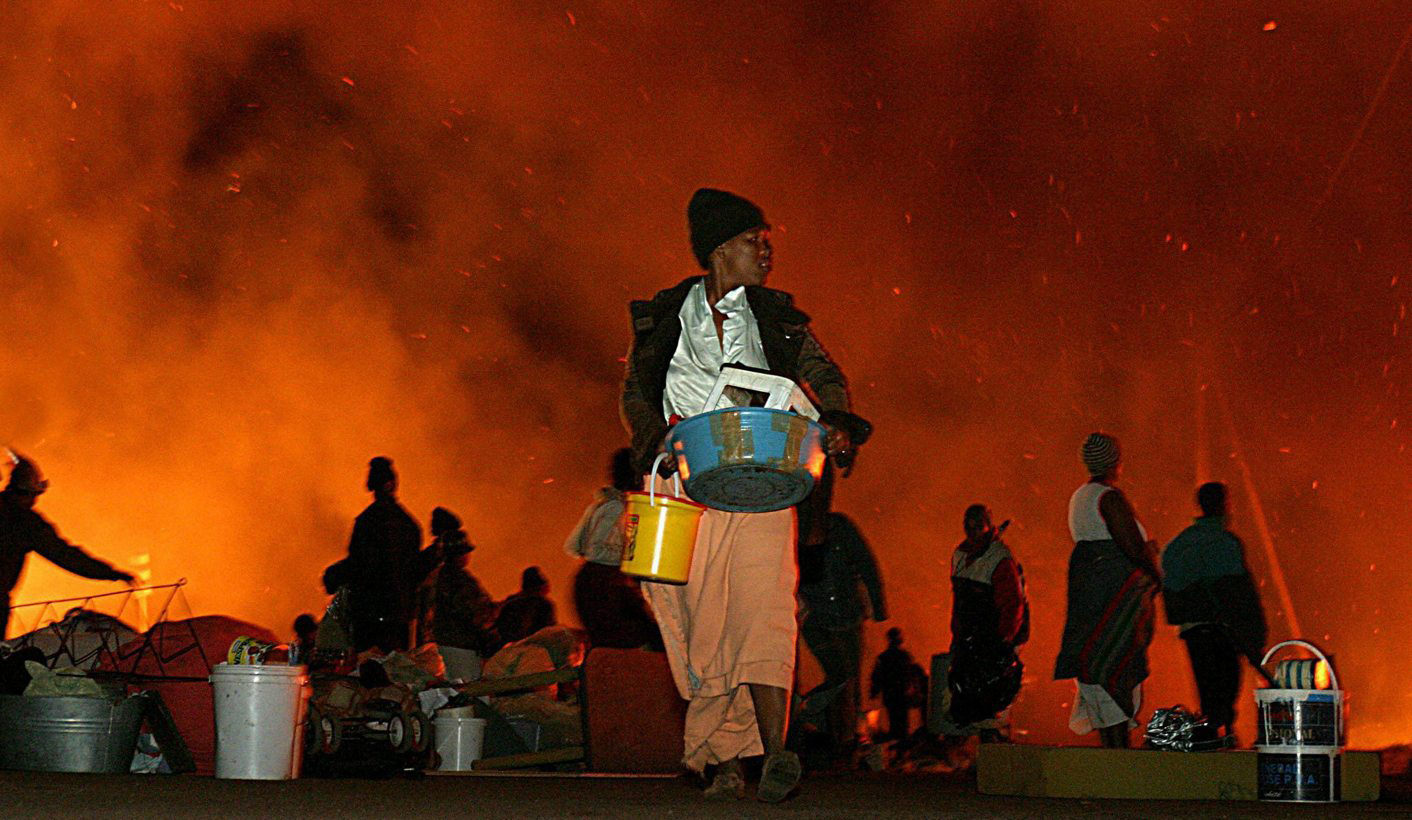 The Expanded Social Package is touted as a lifeline for thousands of residents of Johannesburg, but will probably not apply to residents of informal settlements like Slovo Park who are still waiting for their settlements to be upgraded through improved access to basic services. The qualification process is putting the cart before the horse.

Since the beginning of July, 2018, the City of Johannesburg has been conducting an Expanded Social Package (ESP) awareness campaign in Slovo Park and Elias Motsoaledi informal settlements, encouraging residents to register on the city’s indigent list “to access electricity and water rebates, as well as other forms of social support”.

Providing formal electricity to Slovo Park is a step in the right direction, but more than 20 years since Slovo Park was established and more than two years since the Melani judgment ordering the city to provide basic services for all residents in terms of the Upgrading Informal Settlements Programme (UISP), the settlement continues to have insufficient access to basic services. The mayor is misguidedly focusing on encouraging indigent registration for ESP subsidies for services that the residents of settlements such as Slovo Park currently do not have. The priority of the city should be to provide basic services through an on site upgrading process. If the mayor is serious about more poor people accessing the ESP, he should be implementing the UISP because only once residents have access to a metered service can they qualify to apply to register for the ESP.

The ESP is intended to provide a “basket of benefits” to poor residents who are on the municipal services grid and who qualify to register as “indigent”. To register, applicants have to have proof of South African citizenship; proof of residence within the boundaries of the city; and earn no more than R5,578.91 a month (three months’ bank statements or Sassa card), and provide prepaid service meter numbers. Indigent registration needs to be done in person every six months at a registration centre; if not, the benefits will lapse.

Insistence on qualification criteria for residents to gain access to state support is precisely what keeps informal settlements severely underdeveloped and under-resourced. To ensure that residents of informal settlements who are provided with electricity and water connections are able to receive these services, they must not be required to qualify for an indigent register.

Indigent registers are under-representative of the actual need in communities. The requirements for registration is burdensome to the poor and exclude people who should qualify only because they cannot complete the registration process. Subsidies for free services should be targeted to specific communities, geographic areas, based on demographic data; or one of the other targeting methods that ensure that poor people receive the help they need.

For example, Slovo Park informal settlement in Nancefield Johannesburg is home to over 10,000 residents who have limited access to basic services in the form of 720 communal standpipes, 3,010 pit latrines and until July 2018 there was no formal electricity. Residents who are prima facie eligible for the ESP are expected to submit a Johannesburg Water meter account number. Residents of Slovo Park will likely not qualify for ESP subsidies because they rely on communal water and sanitation services in the absence of metered water services. Once they have received services, they may still not qualify. A meter is only one of the qualifying criteria that could exclude them.

Slovo Park took the city to court in 2015 because municipal officials refused to upgrade the settlement through the provision of basic services and won an order directing the city to upgrade the settlement in terms of the UISP. Mayor Mashaba has acknowledged that the SPCDF court victory spurred the city’s introduction of metered electricity to the area, but residents are still waiting for a municipal supply of water and other services in the settlement. Residents that want to take Mayor Mashaba’s advice and register for water subsidies under the ESP will not qualify because they will not have access to metered water receipts until the city provides Slovo Park with metered water points.

Slovo Park is a prime example of how indigent registration for subsidies excludes poor households from access to even the most basic of services. A socio-economic survey conducted by the city in 2017 showed that of the 3,734 households at Slovo Park, 82% do not qualify for a housing subsidy, 95% earn below R3,500 per month and 42% are unemployed. The survey indicated that the majority of households at Slovo Park are excluded from housing subsidy packages while simultaneously confirming their need to access free basic services.

The UISP, which forms part of the National Housing Code, enables municipalities to incrementally improve access to basic services and tenure security in informal settlements on site for all people who live there, regardless of nationality or income. The programme supports the needs of poor people living in informal settlements and includes all informal settlement residents as decision makers and beneficiaries irrespective of whether they qualify for housing subsidies, thereby eliminating the need for qualification criteria or a register.

Encouraging residents to register for the ESP in informal settlements that have not been upgraded is putting the cart before the horse. It runs the risk of further disappointing the poorest of South Africa’s population who will spend their time and energy trying to register for a programme for which they do not qualify. According to Mashaba’s own tweets, Mrs Melani will not be eligible to register for an ESP subsidy of her newly-installed electricity until she is able to produce her City of Johannesburg rates and taxes account, her ID document, and proof of income- assuming she has access to those documents- and even then she may not qualify for the ESP

In 2018, Statistics South Africa counted over 1.3-million households living in informal settlements across the country and the number continues to grow as residents are not able to access formal housing opportunities. The cycle of poverty for informal settlement residents is sustained through their disqualification from government housing subsidies and exclusion from private and state rental markets based on low monthly income levels. Local government should therefore focus on promoting and implementing basic services programmes for which the majority of informal settlements do qualify, such as the UISP.

In a column published on 22 March 2018, Mayor Mashaba promised that his government would “work on infrastructure investment to improve the reliability of services to those who have them and to take services where they have never been before”. The UISP provides a framework to allow him to make good on his promises. It is the best way for the mayor to commence the deep and sustainable engagement required to upgrade informal settlements. DM