Then Minister of Women (now of Social Development) Susan Shabangu launches Women's Month at the media lauch under the theme " Women United In Moving South Africa Forward" held at the Union Buildings. 30/07/2015.

The quiet appointment by Social Development Minister Susan Shabangu of two special advisers, one of whom arrives with a pall of alleged corruption trailing her, has raised eyebrows and concerns.

Former head of Gauteng Transport, Benedicta Monama, who was implicated in a 2011 investigation by former Auditor General Terence Nombembe in the awarding of a R3-billion contract for drivers’ licence testing centres despite advice not to do so, has been appointed one of two new special advisers to Minister of Social Development, Susan Shabangu. The other adviser is Dr Clarence Tshitereke, formerly a director in the office of the vice-chancellor and principal at the University of Venda and a 2016 candidate for the position of Inspector General Of Intelligence.

No process has been more keenly micromanaged in the aftermath of the shambolic handling by former Minister of Social Development, Bathabile Dlamini, of the transition of Sassa’s payment of social grants to some 17 million beneficiaries from US listed Net1/CPS to the South African Post Office.

Not only is there an Inter-Ministerial Committee overseeing the process, but there is a court-appointed panel of experts as well as the ConCourt itself to whom new Minister of Social Development Susan Shabangu, as well as the Sassa executive, must report regularly. 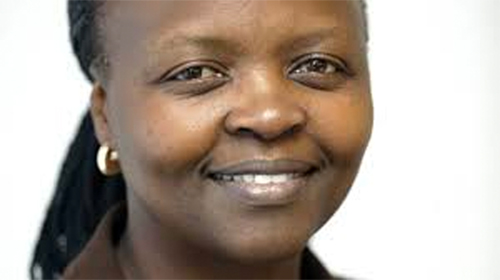 Then there is Parliament’s Standing Committee on Public Accounts which has played a significant role in holding Sassa and the former minister to account, as well as the rather less enthusiastic Portfolio Committee on Social Development, whose ANC members gave Dlamini a sweetheart ride at the worst of times.

Which is why the quiet appointment by Minister Shabangu of two special advisers, one of whom arrives with a pall of alleged corruption trailing her, has raised eyebrows and concerns.

Especially considering the fact that Shabangu’s predecessor hand-picked a committee and established “work streams” which ran parallel to Sassa’s functions and that were directly implicated in a series of self-generated near-catastrophic crises in the transition to taking social grant payments “in-house”.

On Sunday Minister Shabangu’s spokesperson, Thuli Nhlapo, confirmed that Monama and Tshitereke had been “appointed for fixed term running concurrent with the term of the Minister of Social Development.”

In 2011 Monama’s contract as head of the Gauteng Department of Roads and Transport was not renewed by then Gauteng premier Nomvula Mokonyane. This after findings by then Auditor-General, Terence Nombembe, that Monama had disregarded advice from the provincial treasury not to commit the department to a R3 billion contract with WestPoint Trading Enterprise 123 to manage and operate driving licence testing centres. Then provincial treasury head, Nomfundo Tshabalala, had written to Monama about the illegal contract.

At the time, Mokonyane said that the allegations against Monama were viewed in “a very serious light”.

“In the best interests of the department and to act swiftly against the alleged maladministration and address the identified systematic issues, we have taken the decision not to renew the employment contract of Monama as Head of Department of Roads and Transport or retain her in the employ of the Gauteng provincial government.”

In 2015 Monama was back in the headlines, this time for awarding 15 tenders worth more than R230 million while acting as municipal manger for Limpopo’s Sekhukhune district municipality.

A forensic investigation by the department of co-operative governance, human settlements and traditional affairs department found, according to the M&G, that “all the tenders for water-related infrastructure projects concluded under Monama were awarded irregularly, and has recommended that the municipality terminate all 15 contracts”.

A report by Isaac Mogashoa, general manager of regulatory compliance services at the provincial co-operative governance department, found that the companies to whom Monama awarded tenders failed to produce audited financial statements and BBBEE credentials.

Mogashoa’s report also found that the tender process had been characterised by “arbitrariness, gross irregularities and maladministration” and recommended disciplinary action against Monama and other municipal officials who sat on the evaluation and adjudication committees. Monama denied any wrongdoing.

Asked by Daily Maverick about the corruption controversies that have followed Monama, Nhlapo replied that Monama, “like all senior government managers, was appointed pending the results of the security clearance to be conducted by the security unit”.

She added that the appointment of special advisers was at the discretion of the minister and in accordance with the Public Service Act, 1994 (as amended), Section 12A (1).

Monama and Tshitereke were not appointed, said Nhlapo, solely for the Sassa process but “to assist the minister in performing her duties as outlined above”.

Monama, an attorney, was previously a DG in the Limpopo Provincial Administration and Superintendent General in the Gauteng Department of Housing. Her LinkedIn profile lists her as Director of Mponokie Investments Pty, Ltd linked to “mining and metals”.

In October 2016 Monama was appointed as administrator for six months of the Wholesale and Retail Sector Education and Training Authority (W&RSETA) after all members of the Accounting Authority of W&RSETA were suspended.

Dr Tshitereke has held positions at the University of Venda and Old Mutual as well as the Ministry of Defence and Military Veterans. From 2008 to 2009 he was the Chief Director Office of the Director-General in the Department of Housing/Human Settlements.

Tshitereke, a former head of the Old Mutual Foundation, was the acting director general in the Department of Women when Shabangu headed that ministry.

It is not clear whether Minister Shabangu has informed the ConCourt of her appointment of the two special advisers. Daily Maverick has it on good authority that Monama has, in the meantime, been acting COO at Sassa while the appointment was not made public until Sunday and after media inquiries. DM