Land Acts is a fearless plunge into dark waters of land... 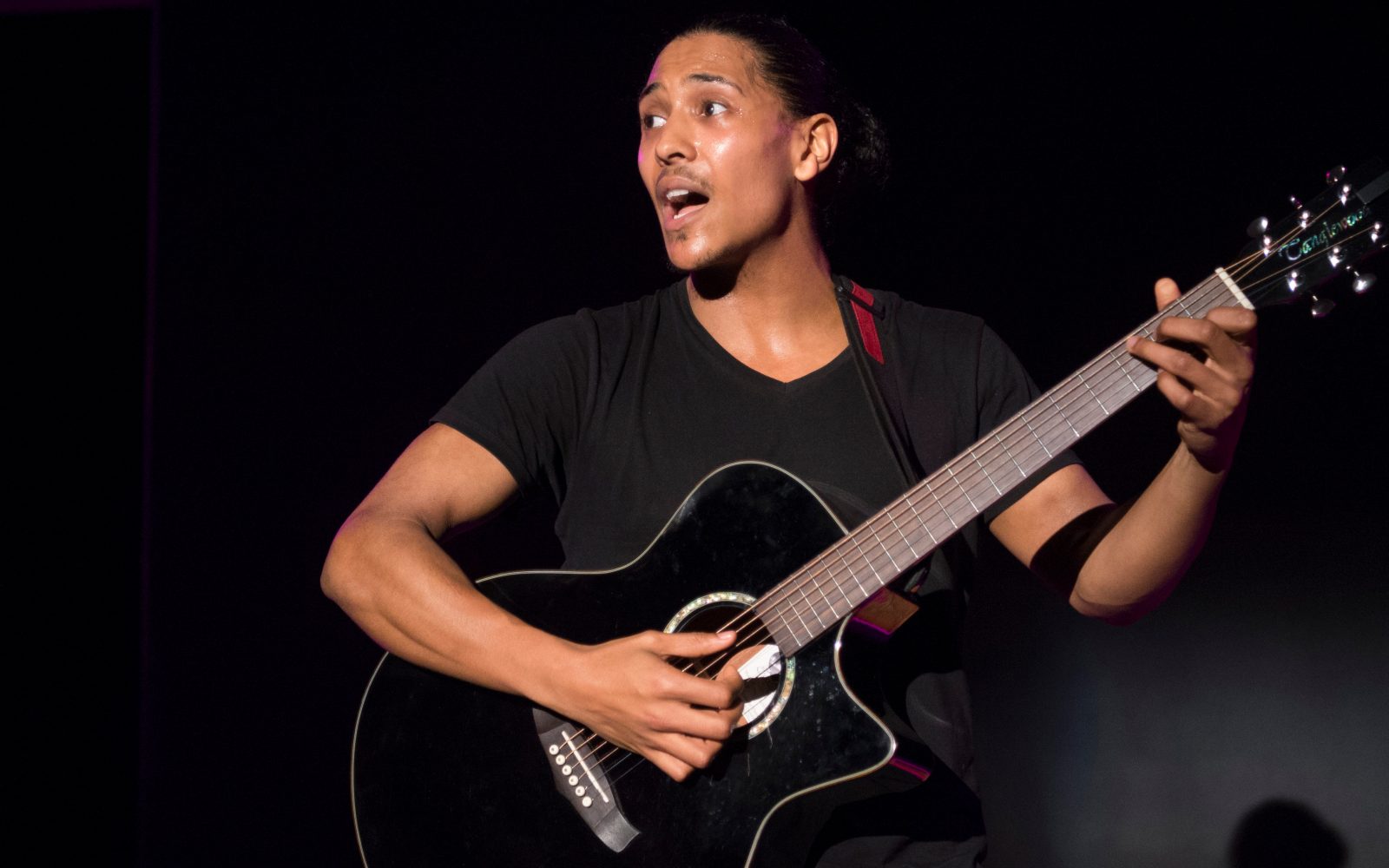 It takes a certain degree of fearlessness to be an excellent playwright.

To choose not to deliver safe and innocuous entertainment, but to provoke the audience with words that blaze with relevance and revelation.

Right now South Africa’s most controversial topic is land expropriation, and Mike van Graan wades right into those murky waters with his latest satire, Land Acts. He stirs up mud as he goes deeper and deeper, creating a splash of biting social commentary, wide ripples of laughter, and an undercurrent of facts and figures that pulls your thinking in his direction.

Van Graan loves South Africa, but has a scathing disrespect for some of its inhabitants, like racists of any hue and self-serving politicians with their vote-luring policies. Through his satire he leaves you helpless with laughter and more fully appreciating this precious, fragile country.

The master actor who runs us through all this is the lithe and lovely Daniel Mpilo Richards, who also starred in the preceding satires Pay Back the Curry and State Fracture. The material has been crafted around his versatility as he sings, plays the guitar, delivers a range of accents and morphs from one character to the next.

It begins with him playing a sweet young tour guide welcoming a group of investors to the country, in a commentary riddled with jokes and puns. The central questions it raises – will people lose their land to expropriation without compensation – is answered with a perfectly timed pause. Right now that’s the only answer we have, and Land Acts dissects that issue from a dozen different angles.

Richards is sexy and sassy as a young black born free girl, telling Julius Malema that she doesn’t want his EFF-ing farms, rather give her a stylish apartment with a shower and a bath for when the water’s running.

He plays a car guard, looking and sounding so authentic that you realise how a few poor decisions in life or an accident of birth could have seen Richards, or any of us, on the streets instead of in the theatre.

In another skit he’s a whimpering, yapping, slavering dog, worried that his white owners will emigrate to safer climes. The dog’s doing okay so far though. He’s treated with far more respect than Beauty the maid. Another barb that may leave some people cringing.

There’s even a didgeridoo. Subtle lighting obscures whether Richards has really added didgeridoo-blowing to his repertoire before it leads into a stingingly funny sketch about cricket and Australia’s annihilation of the Aborigines.

I love the way Van Graan’s extraordinarily sharp brain links several subjects together and knocks you for a six with the punchlines. Thoughts, criticisms and opinions are condensed into clever songs or poems that encapsulate all that wisdom and make you laugh and make you think.

The show is directed with such precision by Rob van Vuuren, a comedian himself, that it pulses with a wonderful ebb and flow. Yet some sketches are met with deathly silence as we contemplate the words, and that’s when the power of theatre hits home. Now the thrumming silence says “this is the world we have created, what are you going to do to make a change?”

Much of the humour and art lies in the little details: the clever word plays that deliver the broader messages with finesse, a dismissive tut from Richards loaded with condemnation.

Near the end there’s a dizzying football commentary where Richards leaps, dives and dances in a flurry of action while his fast-paced patter rips into the politics tainting the land issue.

Then Van Graan calms it down with a reworking of John Lennon’s Imagine. His fresh lyrics burst with sadness for where we are, and offer a tinge of hope for where we could go, if we all exercise the ability to imagine for ourselves.  Land Acts has the power and guts to speak to everyone, and it’s clever to send us out with that classic song in our heads. No, Van Graan, Richards and Van Vuuren, you’re not the only ones. DM

Land Acts runs at Sandton’s Auto & General Theatre on the Square until 28 July. Tickets from Computicket or the box office on 011 883 8606