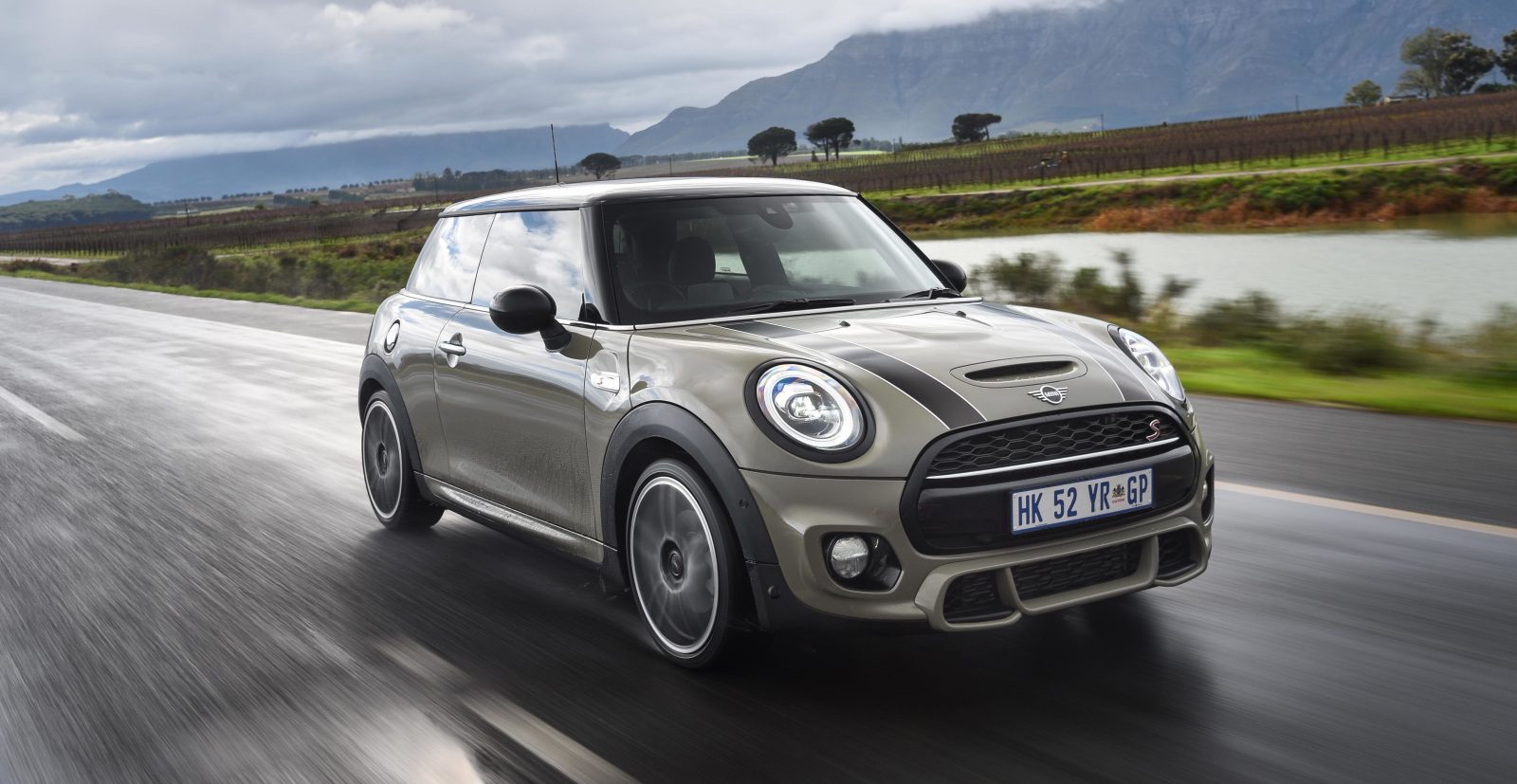 It may be a far cry from the tiny, and ungainly, yet indisputably innovative original, but the Mini of the 21st Century has youthful aspiration, user-friendly technology and refreshing individuality on its side.

Not many brands focus on image and lifestyle with such fervour as Mini. Indeed, one wonders what the creator of the groundbreaking original, Sir Alec Issigonis, would have said about the cars now bearing the Mini badge. 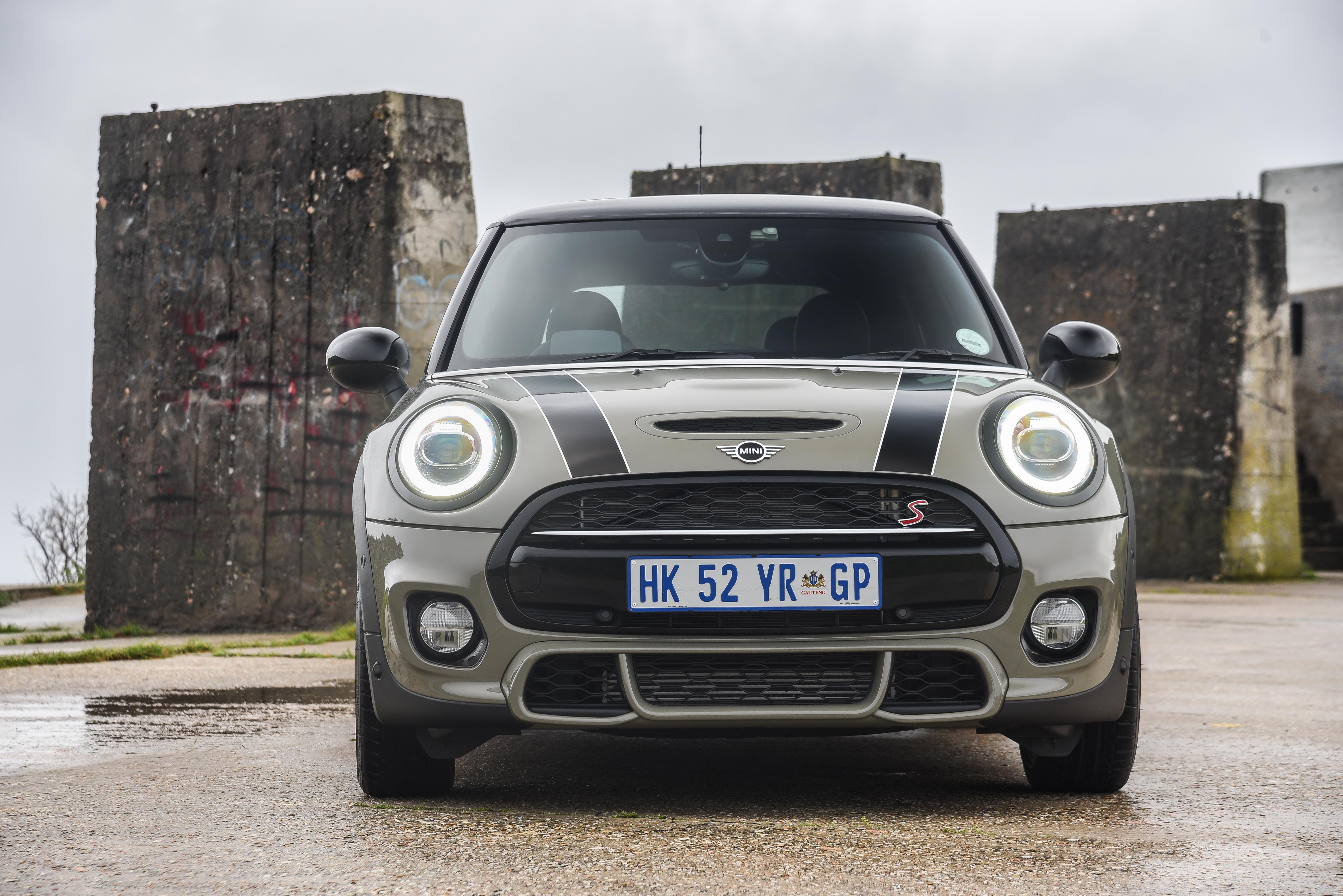 It’s easy to forget that the Issigonis Mini pioneered the mass-production use of front-wheel drive. It was a key element of a pragmatic design that gave new meaning to the concept of clever packaging.

It allowed four adults and luggage to fit into a car considered small at the time. By today’s standards, that first Mini is downright tiny. 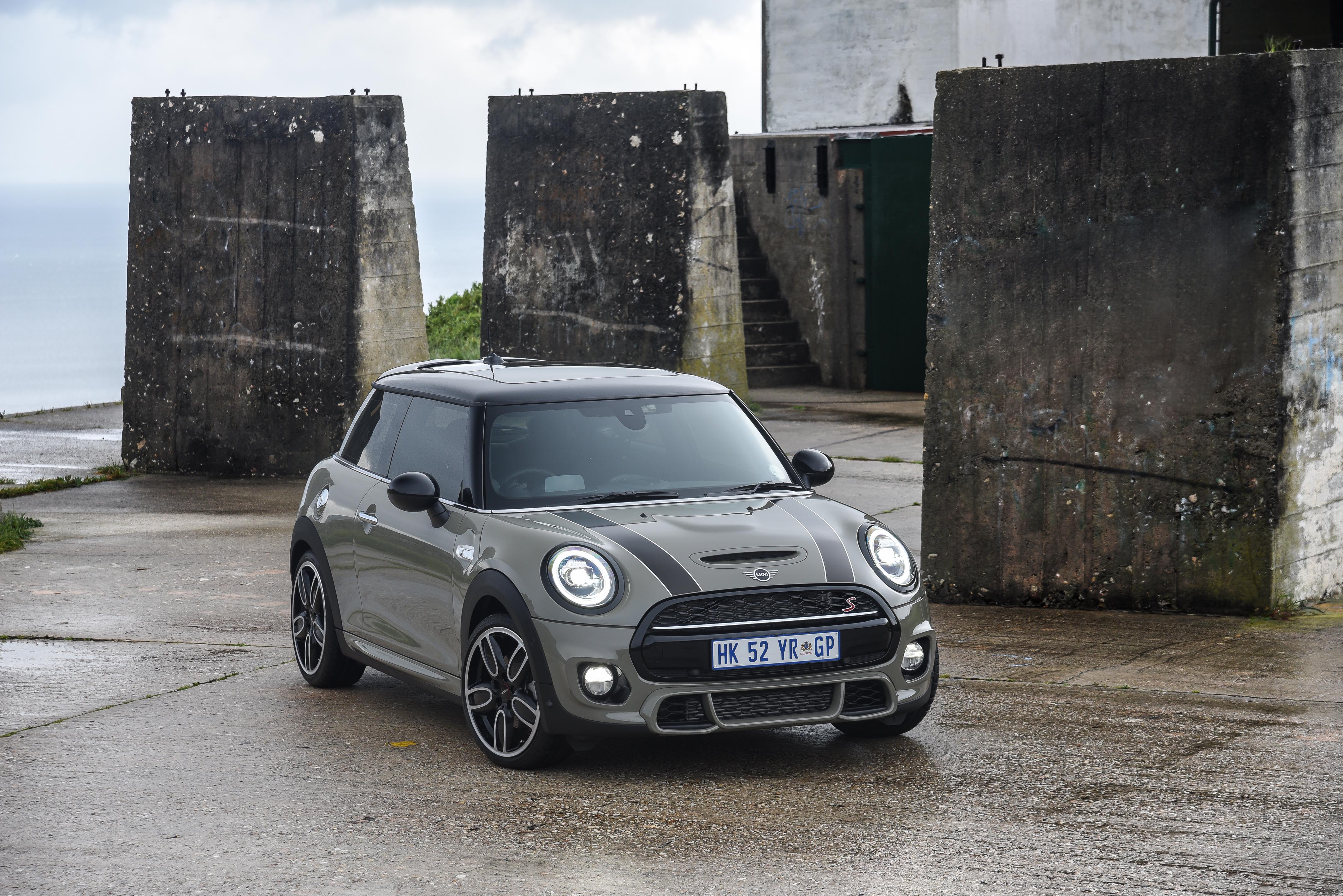 But even if today’s Mini is more maxi than mini, it’s still compact. And in an automotive world filled to the brim with mainstream contenders, the Mini stands out as something different: a car that wears its heart on its sleeve, and counts a certain charisma among its key attributes.

Mini owner BMW’s strategy has always been to emphasise both a cheeky youthfulness and the brand’s British heritage. The styling continues to reflect some of the original Mini’s traits, including the bug-eyed headlights, the chunky proportions and the short overhangs. 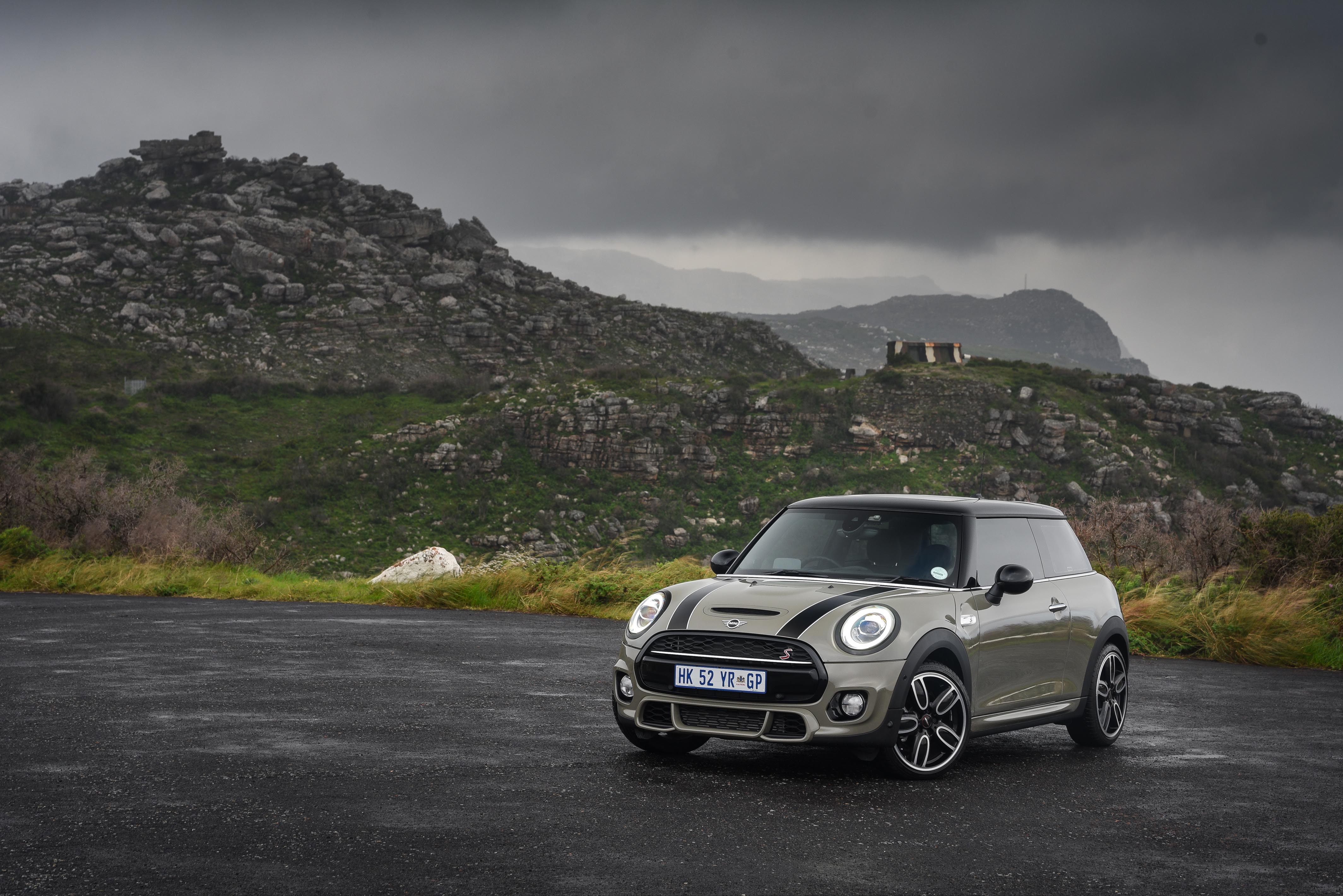 In its modern interpretation, those elements have allowed the Mini to take on an almost cartoon character-like persona, further emphasised by almost flippant add-ons such as bonnet stripes, roof decals, bright exterior hues and a cabin linking retro references to modern tech.

The Union Jack has been a proudly British leitmotif in the Mini’s aesthetic treatment since its first appearance in modern, re-engineered form. From decorative mirror caps to full-sized roof artwork, the Mini and the British flag go hand in hand. 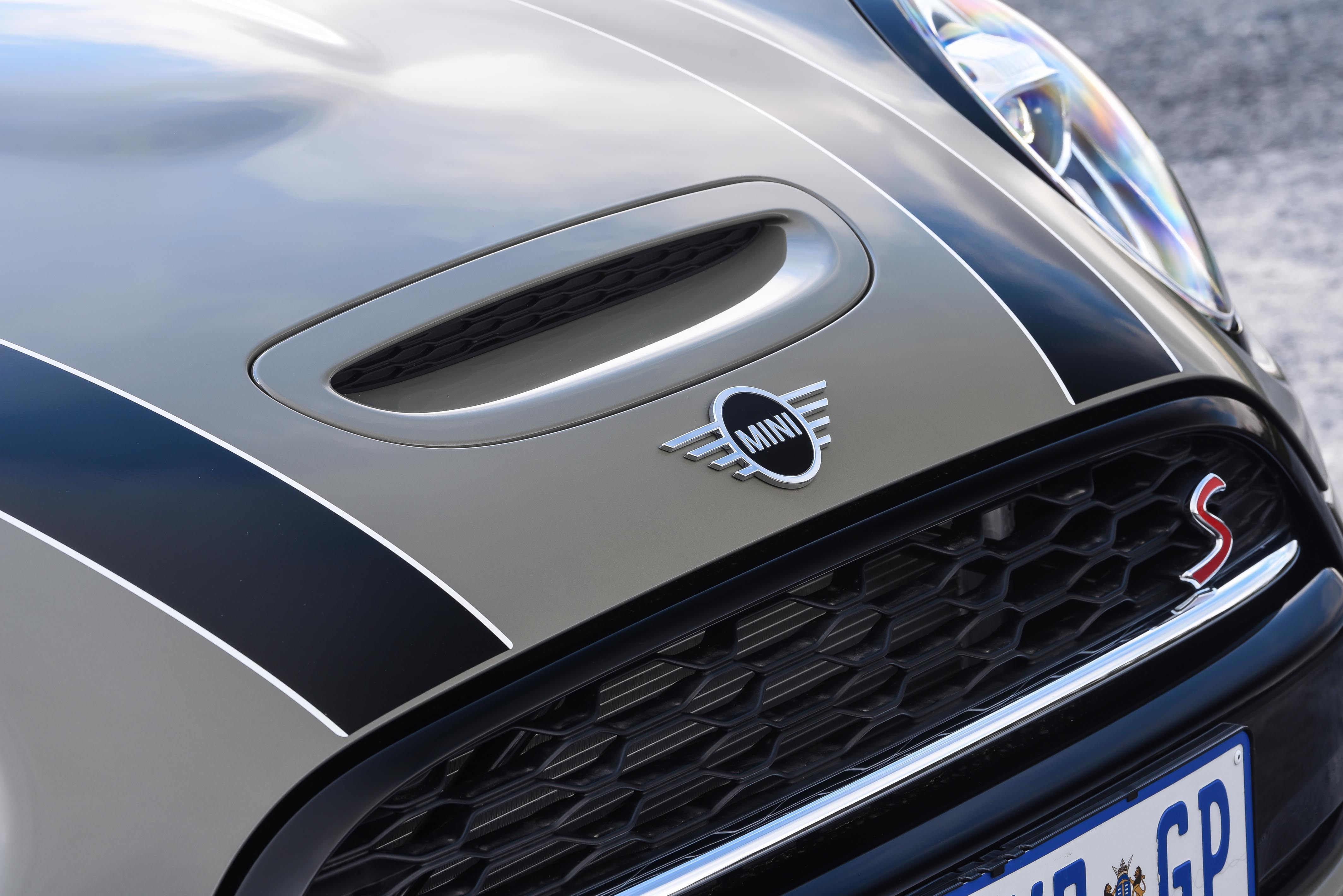 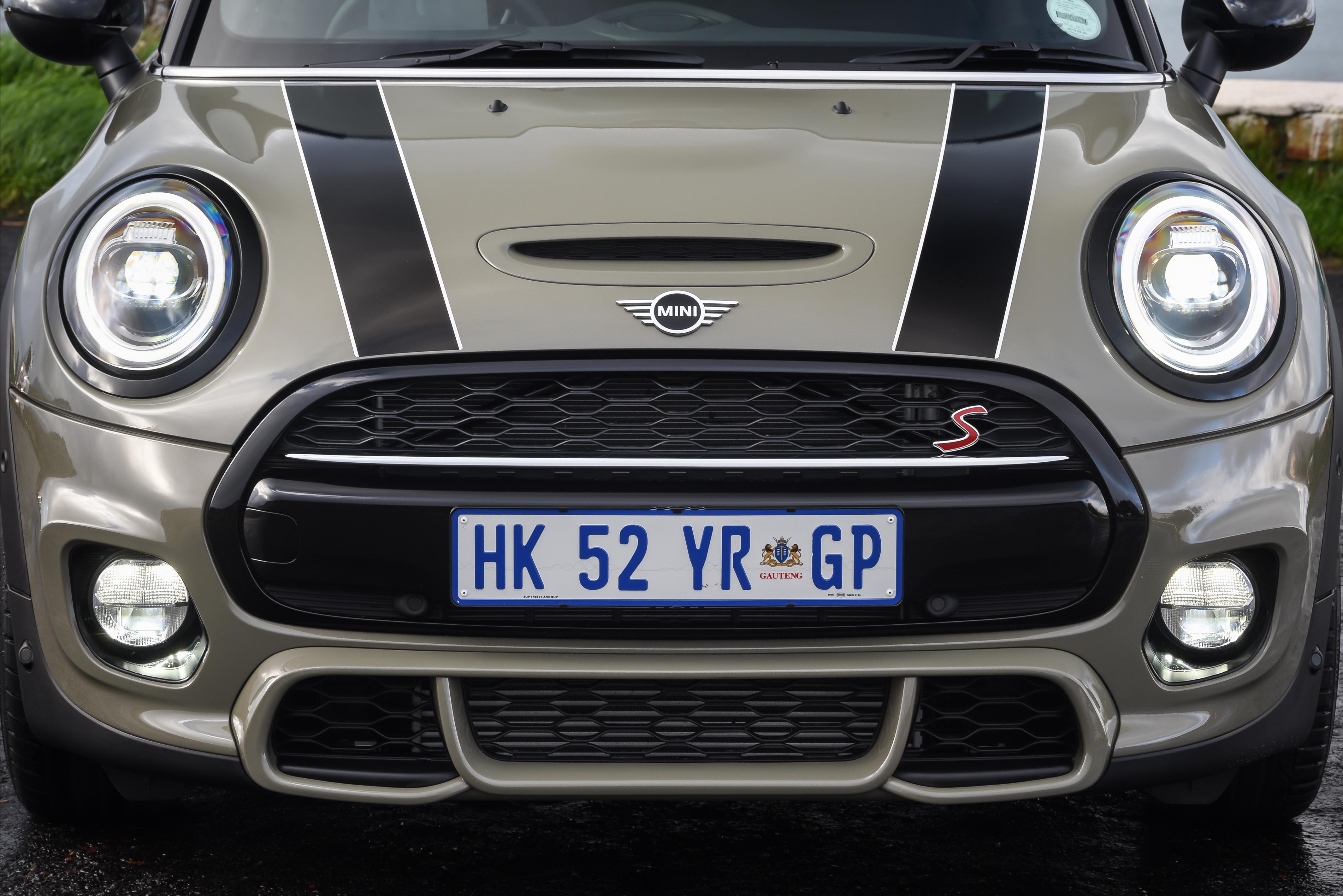 No wonder then that one of the key visual attractions of the upgraded Mini, launched in Cape Town last week, is a tail-light design that showcases the Union Jack in its full, LED-lit glory. The Queen would approve. 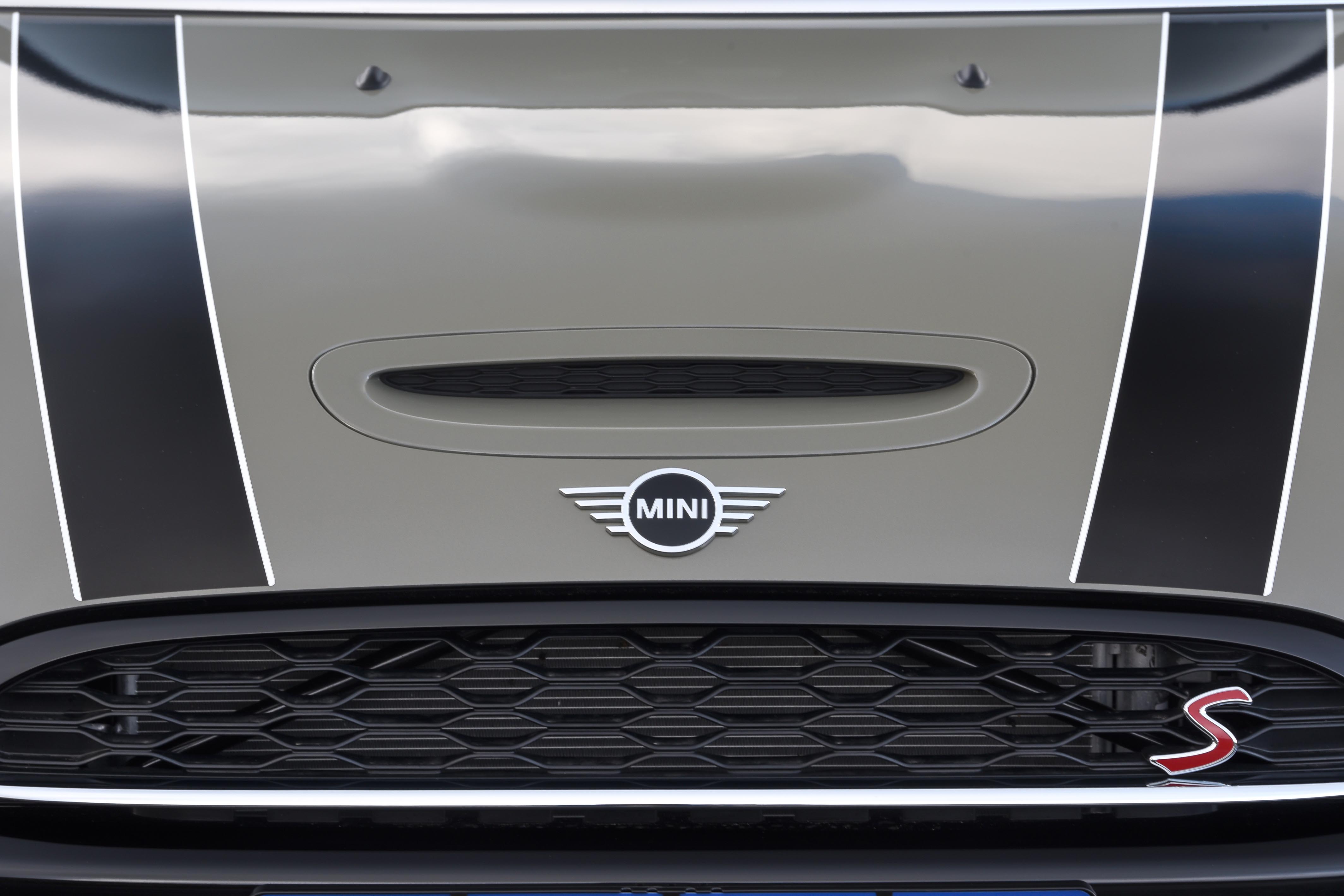 It’s an eye-catching, if somewhat contrived element that few other brands would get away with.

The tail-lights are part of a midlife update primarily designed to rejuvenate buyer interest. The improvements are subtle and mostly cosmetic, but do include some under-the-skin updates to the drivetrain, and an enhanced list of standard features, depending on model. 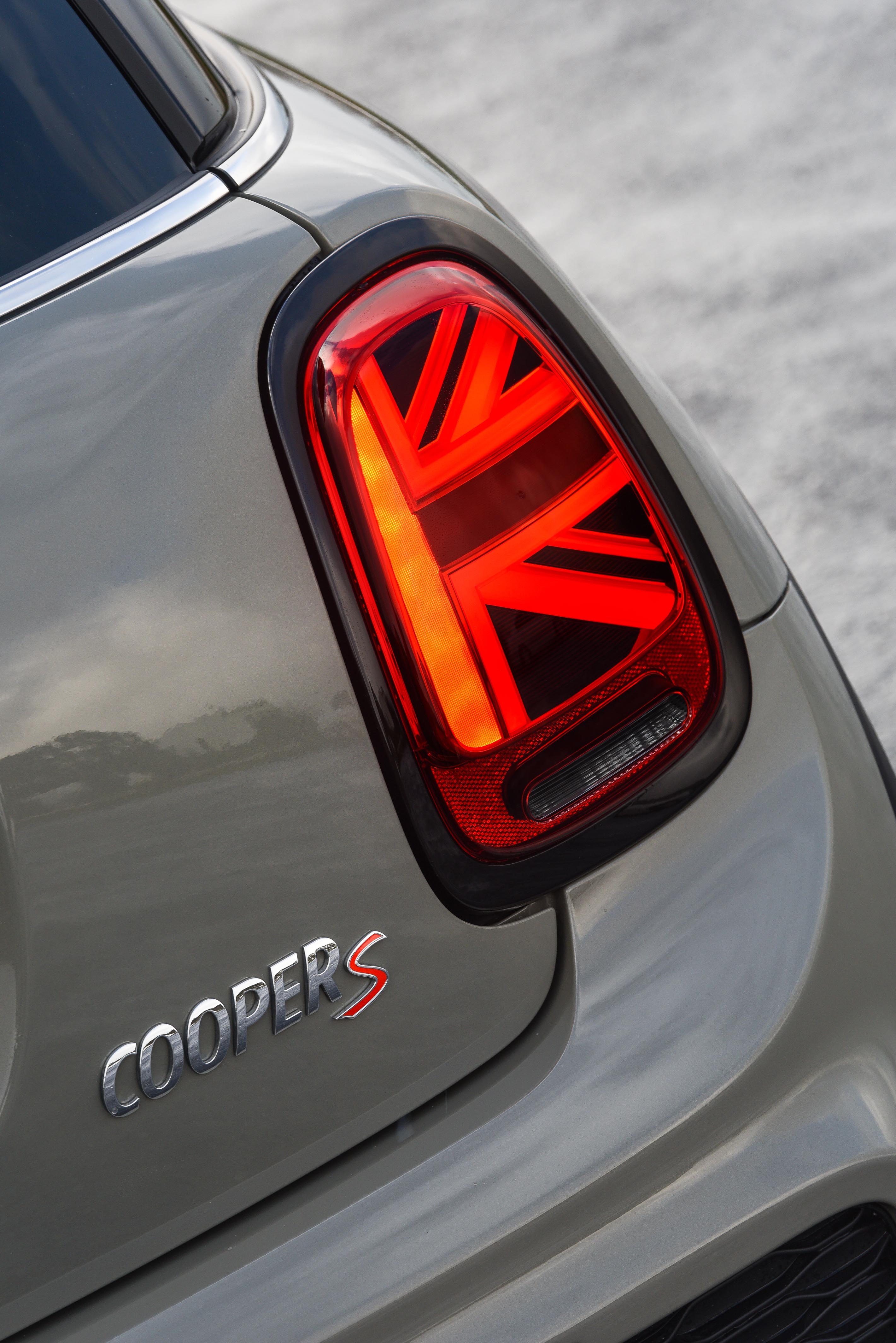 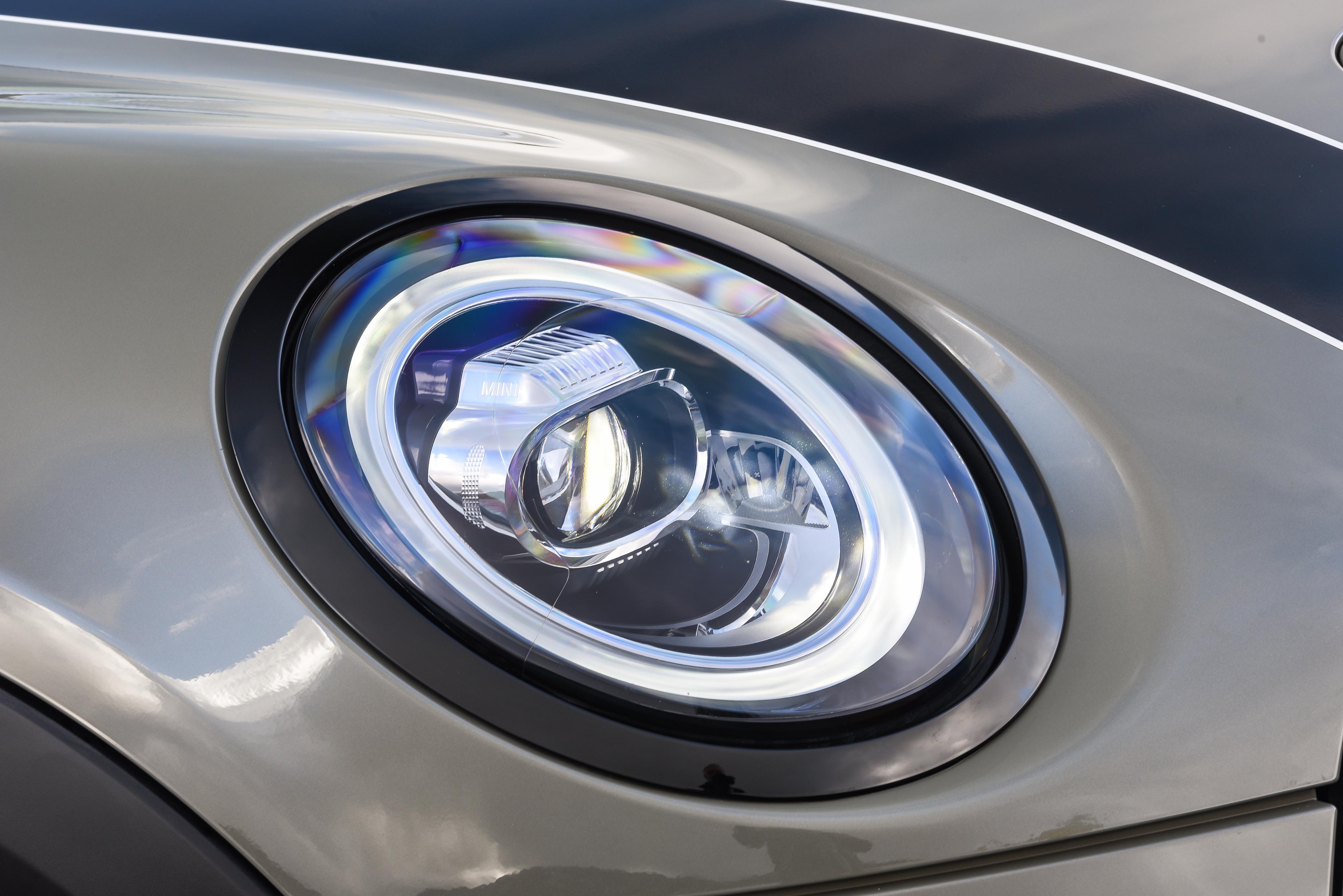 The Union Jack tail-lights are the easiest way to tell the updated Mini apart from its near-identical predecessor. They’re standard across the entire Mini hatchback range, which comprises three-door and five-door models, as well as a convertible.

That’s not counting the supersized Mini Countryman and Mini Clubman models, which are even further removed from the Issigonis ideal, but reflect the same irreverent brand values.

The latest Mini also debuts small enhancements to the drivetrains. Most notably, the entry-level Mini One gets more urge from a larger, 1.5-litre engine, which is now good for 75kW and 190Nm. 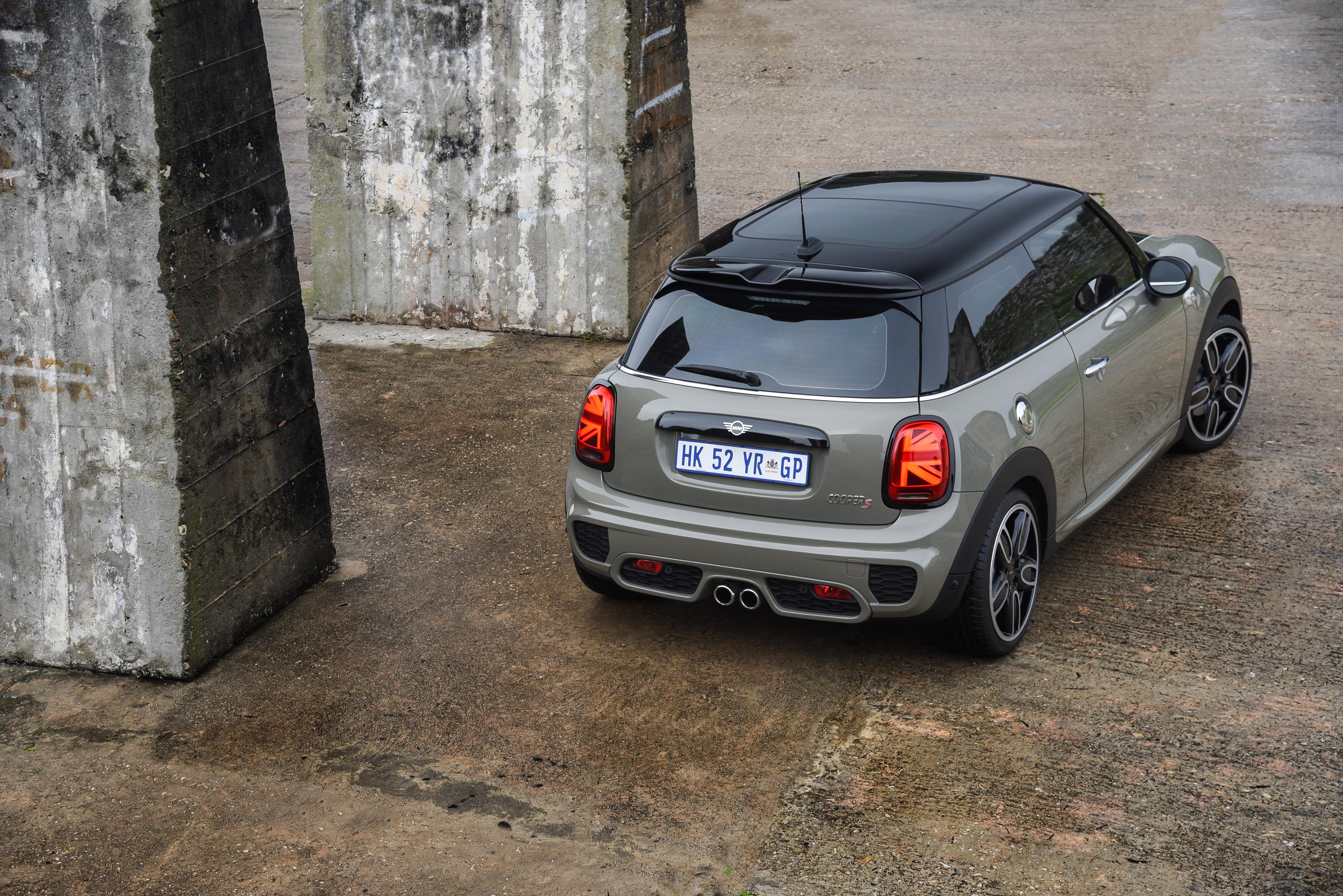 The output of the engines powering the Cooper and Cooper S models remains unchanged, but various enhancements, including reduced weight, updated electronics, improved cooling and upgraded exhaust systems all translate into greater efficiency and reduced consumption. 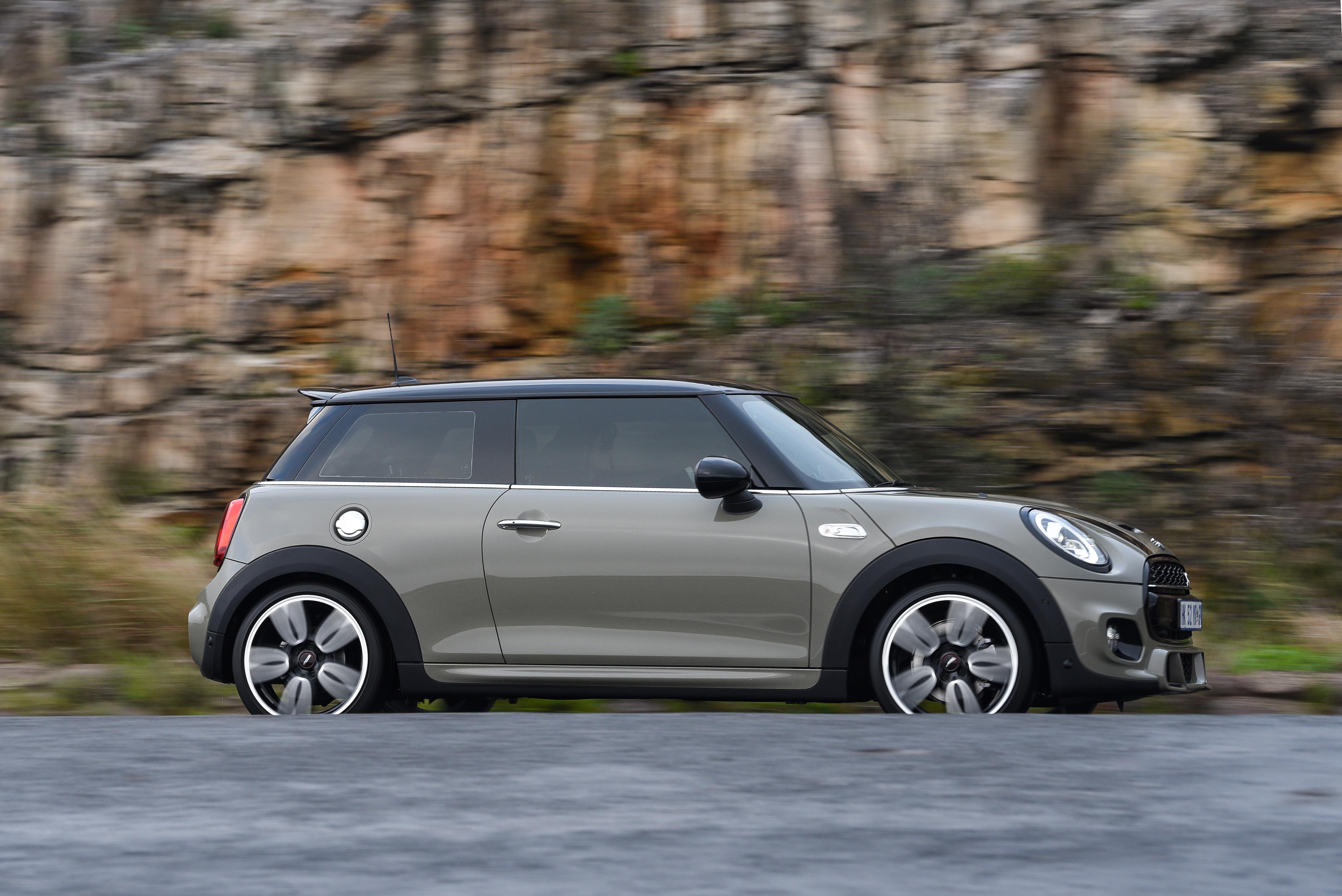 Inside, all Minis are now fitted with a multifunction steering wheel and a 6.5-inch touchscreen for the infotainment system as standard. And if you like those tail-lights, you can extend that theme to a backlit Union Jack on the fascia.

The latter is a new option – one of a long list of added-cost extras not previously available. Individualisation has always been part and parcel of the Mini brand, albeit at a price, and it reaches a new level of sophistication here. 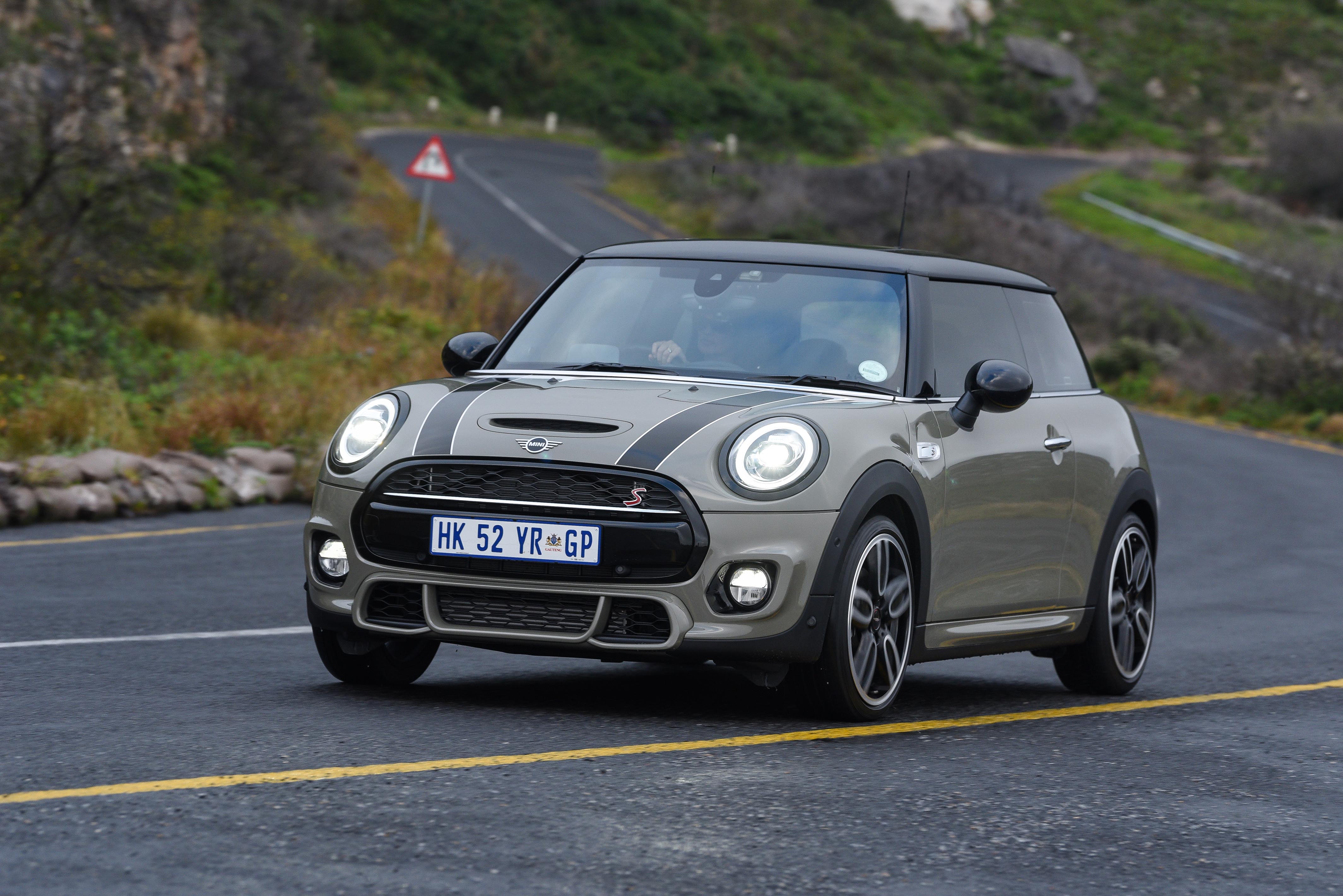 Through an on-line programme Mini calls Mini yours Customised, owners can order individualised, self-fit parts that are 3D printed and laser-engraved to reflect customer-selected colours, patterns, icons and even logos or phrases.

The parts comprise side scuttles, decorative cockpit fascia panels, door sill finishers and even LED door puddle lights, which project a design onto the floor when the front door is opened. Ordering is on-line, and parts are shipped directly to the Mini owner. 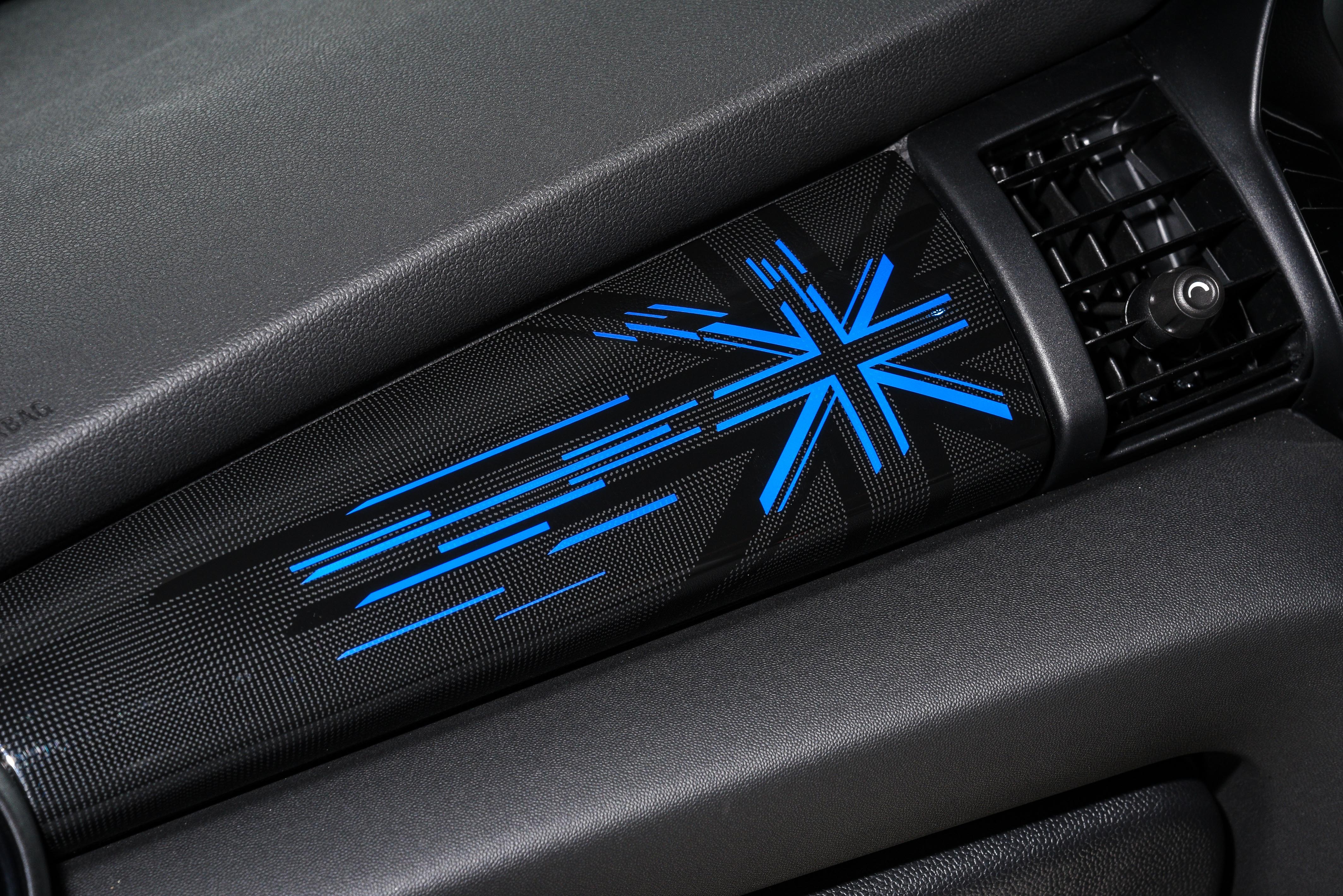 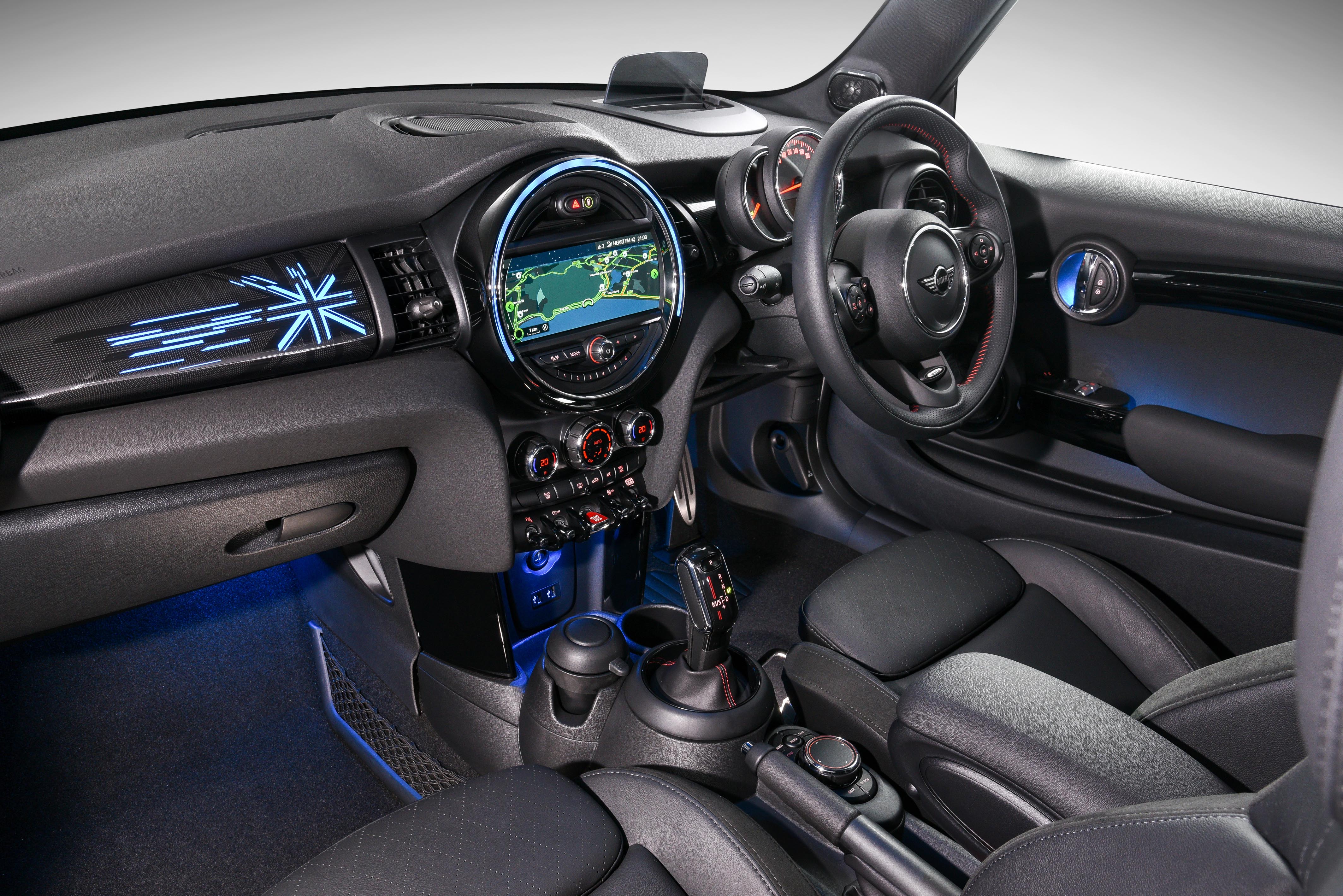 The Mini options list also offers a plethora of choices as far as interior colours, materials and finishes are concerned. From ambient lighting with selectable hues to malt brown leather and piano black trim, the possibilities are endless – and baffling!

To jazz up the exterior, buyers can swop chrome for gloss black detailing, and select a custom wheel design in 16 to 18-inch sizes. The updated Mini also introduces a series of new exterior colours. 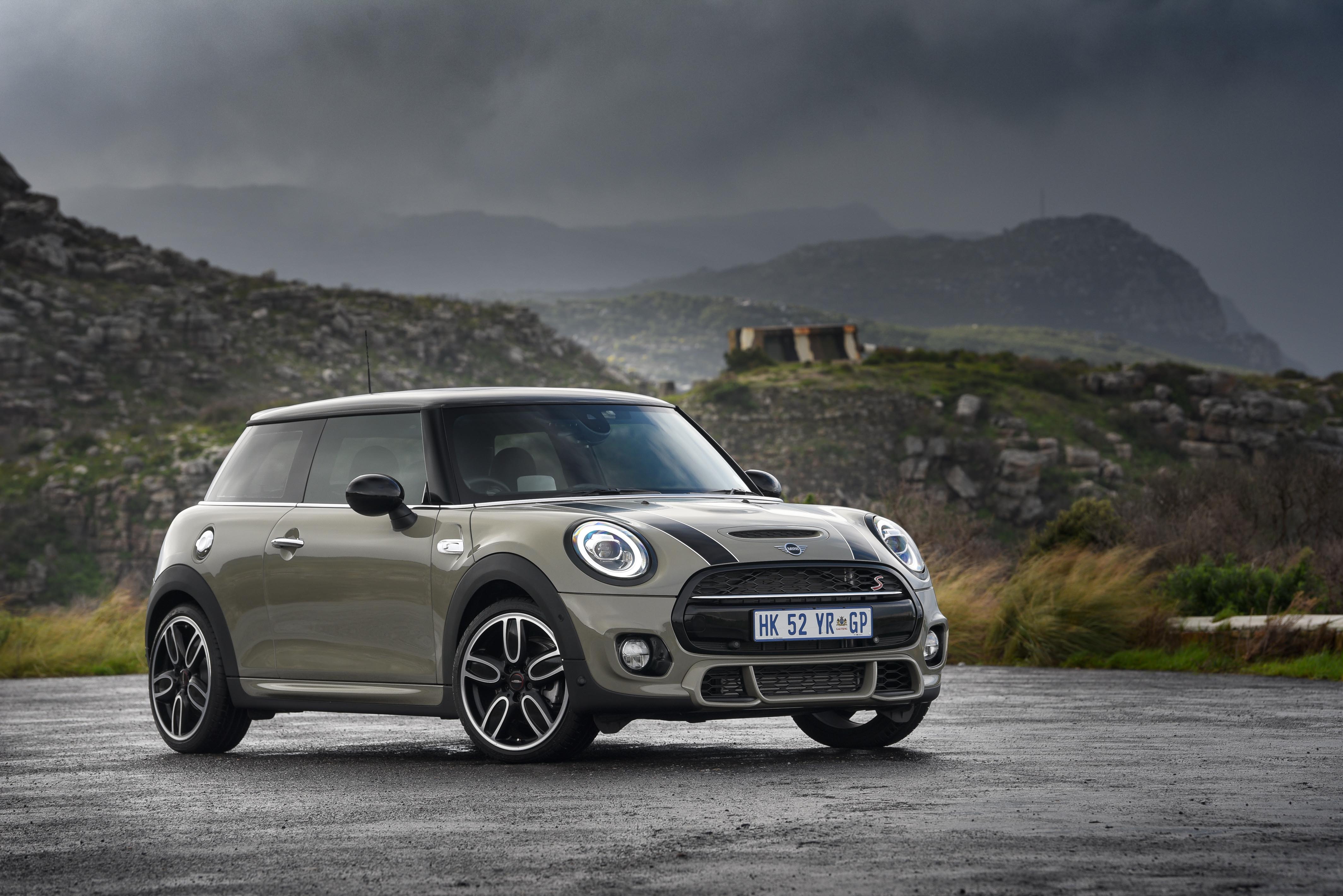 A less flippant choice on the options list are the LED headlights with circular LED daytime running lights, which not only create a distinctive front appearance, but also provide after-dark illumination vastly superior to conventional halogens.

You can even opt for adaptive versions, which use matrix technology to selectively shutter the high beams to prevent oncoming traffic from being dazzled, while still offering exceptional illumination on either side.

Acknowledging that its typical customer base will be young, upwardly mobile and connected, Mini offers a series of digital services under the Mini Connected banner, some of which are app-based. 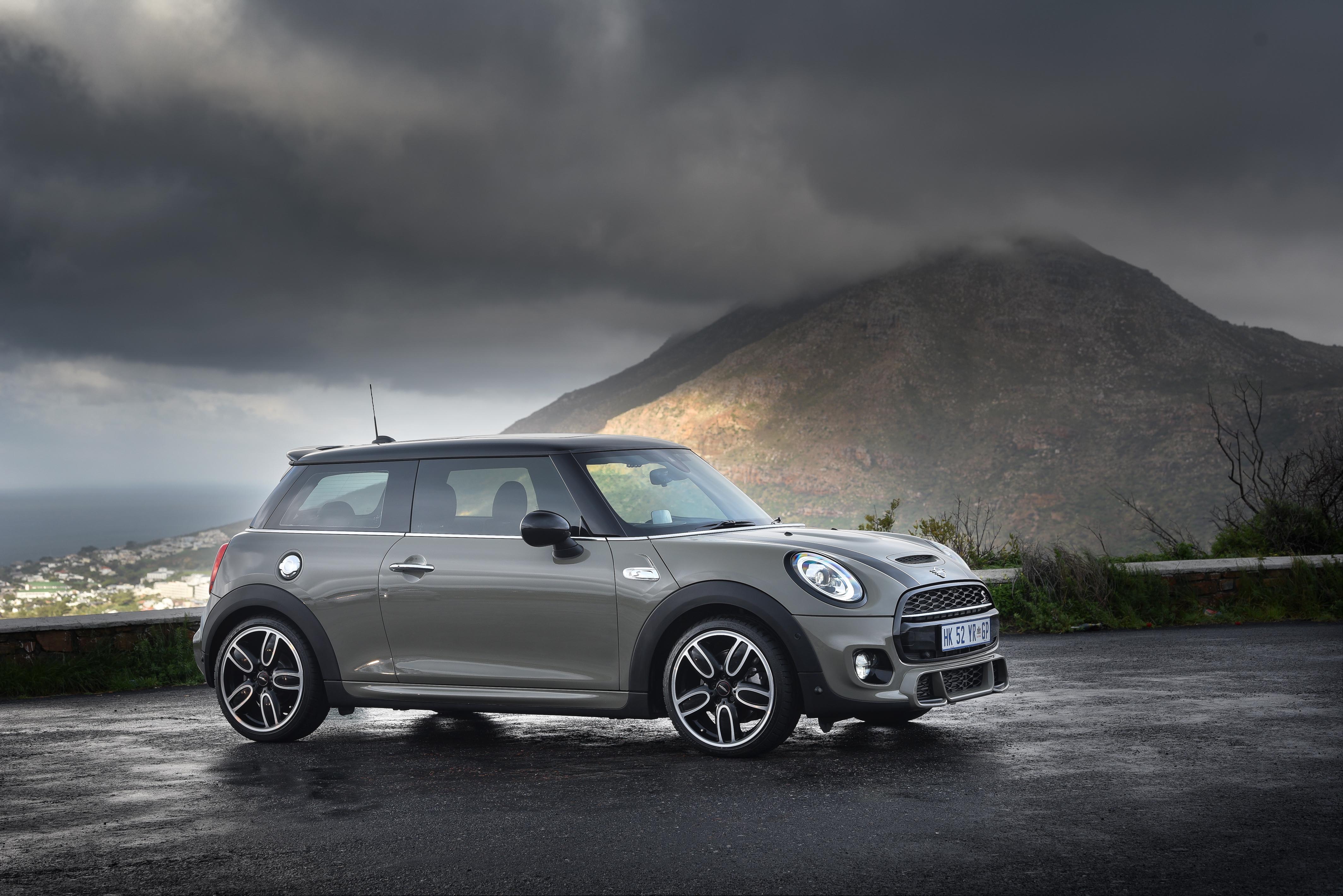 For instance, personal calendars and contacts can be integrated with the Mini’s satnav system via a smartphone, allowing real-time route planning using traffic information to determine departure and travel time to specific destinations.

There’s also a remote services app that connects to the car and displays vehicle location, fuel level and other status information, while also allowing activation of the ventilation, hooter, emergency flashers and central locking.

As class-leading and often unique as these connected features are, they’re also part of the extras list, which means that buyers need to be circumspect about how many boxes they tick on the options list if they don’t want to end up with a bill far in excess of the basic asking price. 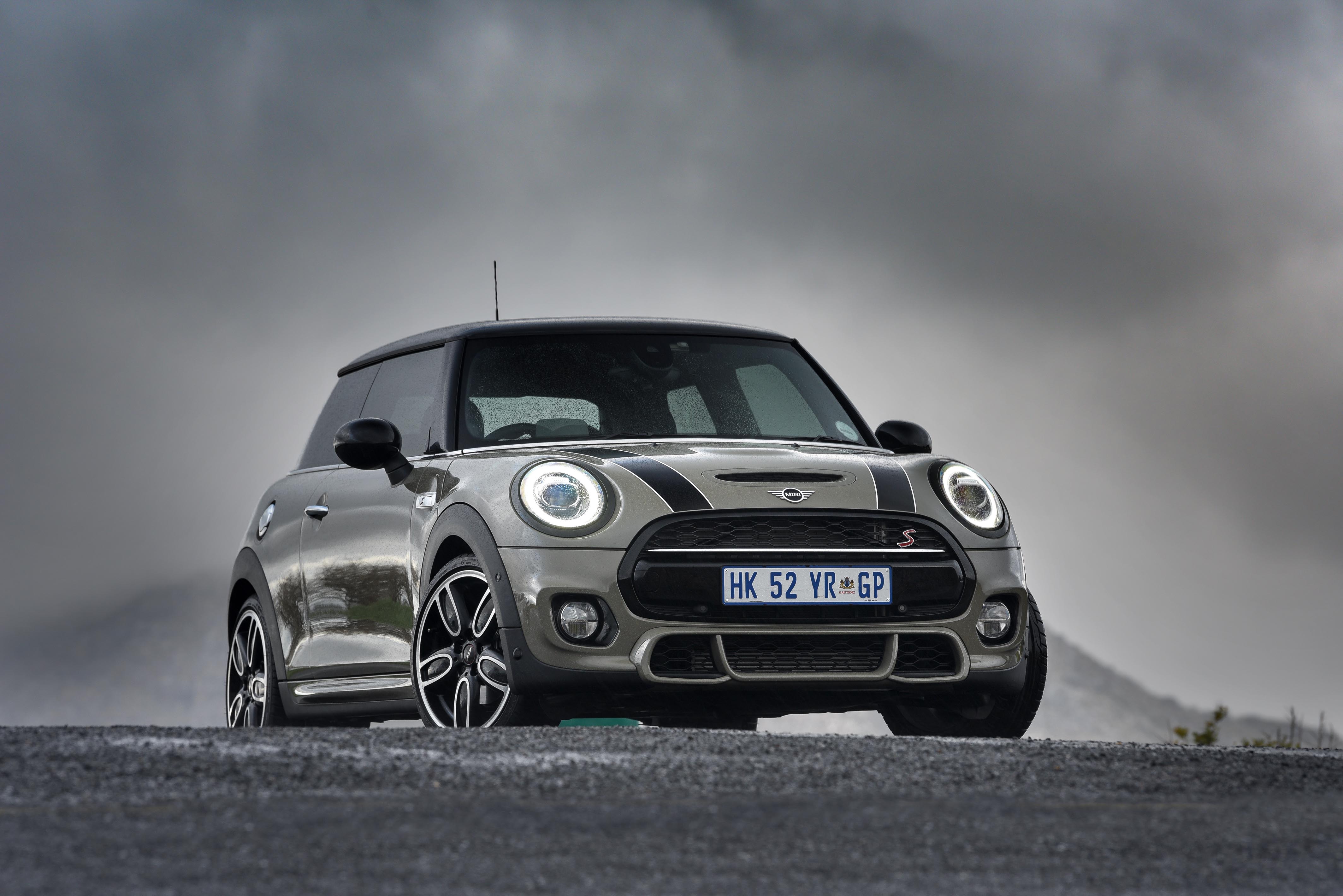 On the move, this latest Mini exudes all the energy and verve expected of the brand. On Cape Town’s traffic-infested roads, there wasn’t much opportunity to stretch the new car’s legs, but the new gearbox is slick and snappy, and even the modest-engined Cooper had enough sparkle to pass slower traffic when the opportunity arose.

The sprightlier Cooper S remains the pick of the Mini bunch, with the five-door model offering just that little bit of extra practicality without robbing the car of its point-and-squirt character. 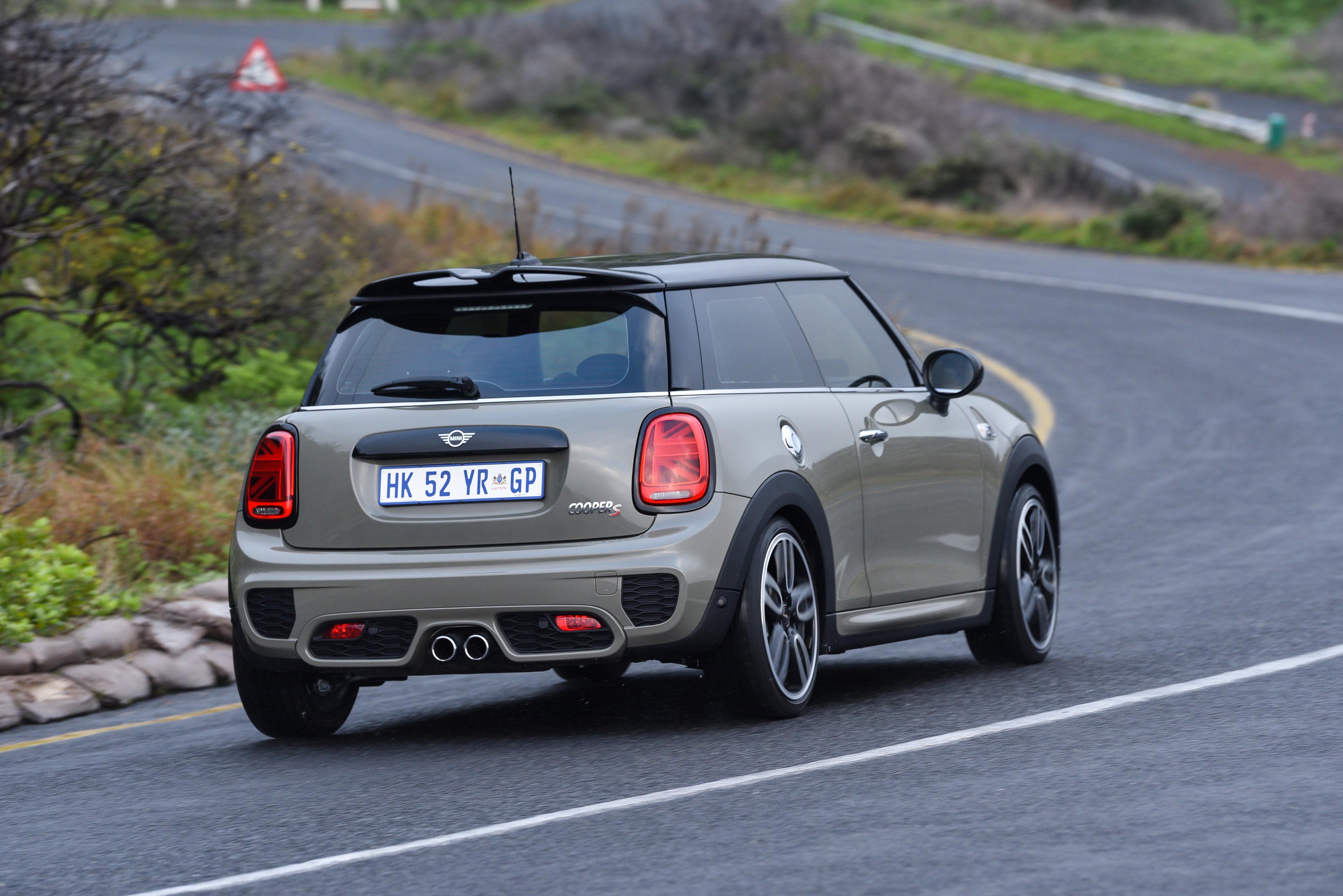 Handling is sharp and entertaining, but linked to enough ride refinement to soak up the bumps and dips of country roads. And while rear accommodation is adequate at best, with luggage space at a premium too, it’s certainly practical enough for everyday motoring.

Put it this way: you don’t have to like the Union Jack to be a Mini fan. DM