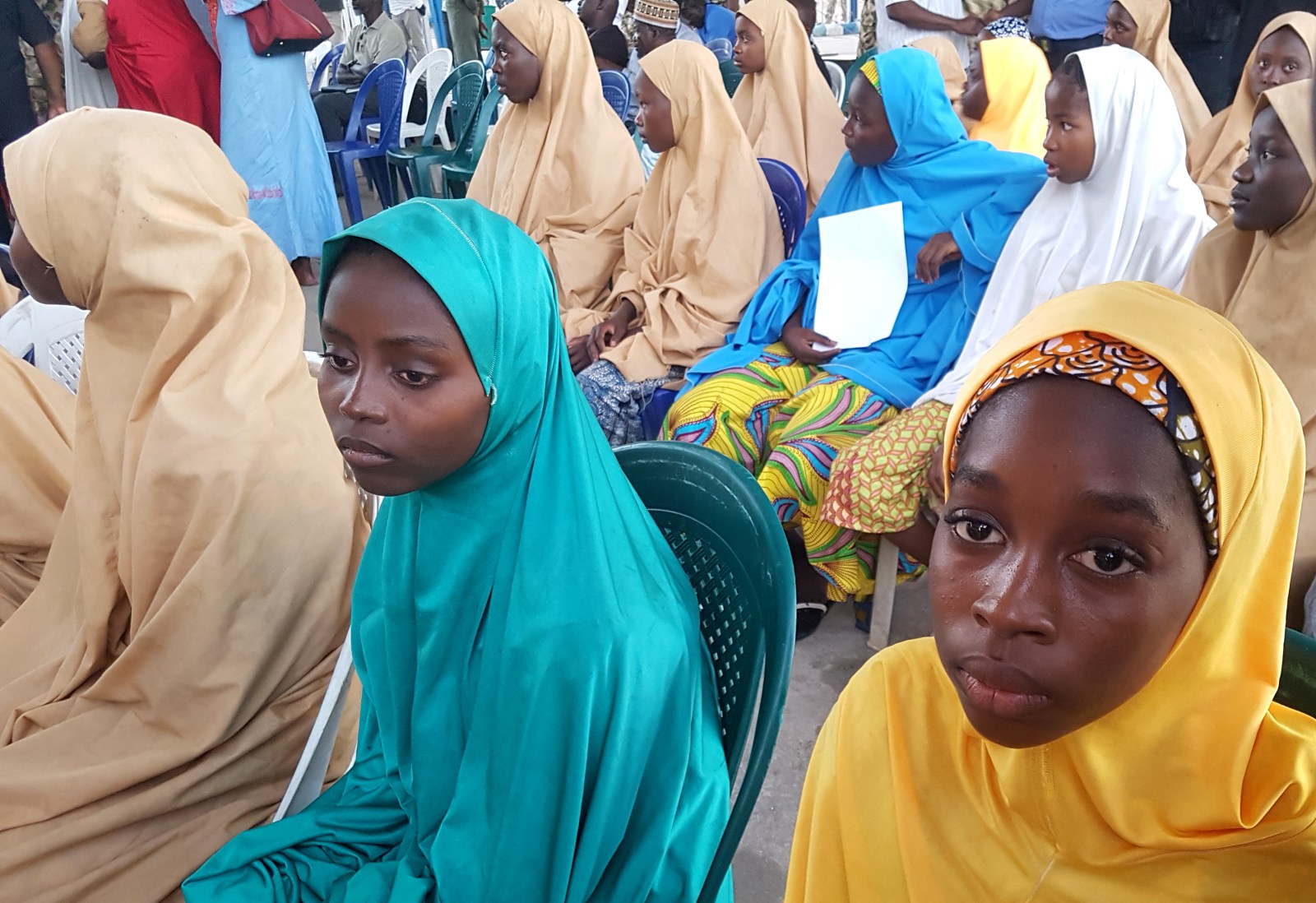 File Photo: Some of the released Dapchi school girls await their departure as military and government officials supervise the airlift of the rescued girls at Maiduguri Airport, Nigeria, late Wednesday 21 March 2018. Boko Haram released more than 100 of the schoolgirls it abducted last month. EPA-EFE/STR

The Lake Chad region is being terrorised by two groups, one of which poses a serious long-term threat.

Boko Haram’s split in 2016 saw the emergence of two distinct jihadist movements, with divergent operating methods, in the Lake Chad region. Boko Haram is no longer a single entity and the separation carries wider ramifications, as one of the groups appears to be positioning itself as a long-term threat in a way that the other is not.

The primary disagreement between JAS and Isis-WA – an ideological one about targeting Muslim civilians – underscored a larger dynamic regarding Shekau’s record as leader and the group’s overall performance. Despite the massive expansion of Boko Haram violence and areas of operational influence under Shekau, the Barnawi group wanted to do things differently.

At its core, the divergence between the two groups revolves around Isis-WA’s strategic decision to engage, rather than target, Muslim civilians. This suggests that winning the support or at least the acquiescence of civilians is central to its struggle. In contrast, JAS continues to view the local populace as enemy combatants, predicated on a perception that they don’t support the movement.

This dynamic is reflected in attack patterns. New Institute for Security Studies (ISS) research reveals that the prevailing notion has been that JAS is responsible for the continued wave of punitive and indiscriminate violence against civilians. This includes most suicide attacks (especially by female bombers).

Isis-WA, in turn, has conducted less frequent but larger attacks against military structures. While some violence by both groups doesn’t conform to these parameters, this trend generally describes attack patterns in the Lake Chad region over the past two years.

Isis-WA’s dominant attack profile is designed to simultaneously weaken security forces and increase its own strength. This has been a common pattern throughout Boko Haram’s history, and while JAS does use similar tactics, its focus recently has been on punishing civilians. This does little to strengthen the movement.

Isis-WA has thus reoriented its struggle away from the civilian-dominated theme heralded by Shekau and towards Nigerian (and regional) government actors. Interviews with affected populations from eight local government areas across Borno State during the ISS’ field research confirmed the notion that Isis-WA has sought to improve relations with civilians.

However the group remains capable of extreme violence against those who don’t follow its stipulations. And its militants continue to extort local populations in order to maintain Isis-WA’s existence, demonstrating the limits of its “softer” approach.

Yet its treatment of civilians compared to that of JAS militants differs greatly. As one respondent from Ngala, where both groups have reportedly been active, commented: “The Shekau faction just kills people… if you meet the Barnawi people [on a] farm, they will let you go.”

Another from Damboa remarked, “With Shekau there are no negotiations – just killings. Nur [the Barnawi faction] on the other hand will kill the Civilian Joint Task Force (CJTF) and collect food, but they may even apologise about it.”

Thus while Isis-WA attempts to maintain an ideological link to Boko Haram founder Mohammed Yusuf’s preachings, it is distancing itself from Shekau’s wayward application. This is central to its appeal to those who may disagree with Shekau but are vulnerable to extremist rhetoric or harbour anti-government sentiments.

It is unclear how effective this strategy will ultimately be. Respondents surveyed by ISS who live in areas near an Isis-WA presence noted that despite reports, the militants had so far provided little in terms of services or governance. Many interviewees also doubted that Isis-WA could overcome Shekau’s legacy of civilian targeting. One poignantly asked the ISS: “How can we live with a lion, even if it repents?”

Regardless, even limited success would allow for the potential inflow of supplies and recruits to strengthen Isis-WA. JAS, on the other hand, largely relies on force to achieve its aims, with little indication that this pattern will change. This strategy does not engender popular support and limits the movement’s long-term appeal.

In this sense, Isis-WA is taking advantage of the discontent on both sides, to present an alternative path. Such shifts have significant ramifications for a region where civilians have been caught between the excesses of Boko Haram under Shekau, and the performance of the Nigerian and regional governments, neither of which have proved attractive.

Given that Isis-WA appears to be playing a long-term game, there’s concern that the emergence of a younger generation not as well versed with the destruction wrought by Boko Haram may eventually find this message compelling.

It is this dynamic that makes Isis-WA a more dangerous long-term concern. While JAS leader Shekau has maintained a strong presence in the region for years and shouldn’t be dismissed, prioritising a different relationship with civilians may make Isis-WA the more troubling actor.

The Lake Chad region is now threatened by two distinct movements operating in divergent ways, rendering talk of a coherent Boko Haram movement obsolete. Regional governments and outside actors must take note, especially given the potential ramifications of Isis-WA’s strategic planning which could secure its status as a violent actor in the region for years to come. DM

This article is based on research produced by ISS and funded by the United States Agency for International Development’s (USAID) Office of Transition Initiatives. The author’s views expressed in this publication do not necessarily reflect the views of USAID or the United States government. Read the two research reports here