He was the most impressive person I had ever met 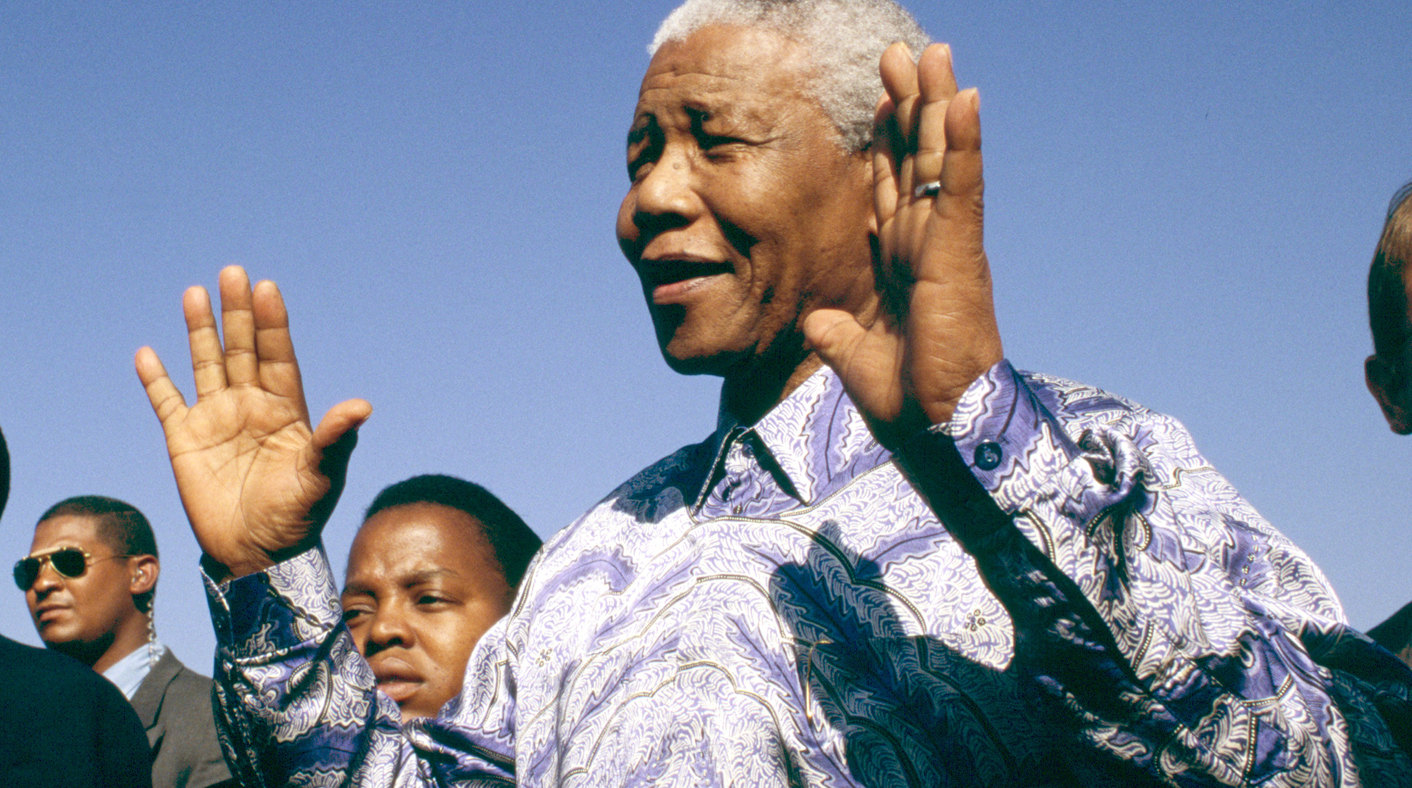 Once I raised the concerns with Mandela, explaining that he was working too much. I expected him to tell me to mind my own business. He just smiled and said, ‘You must understand that I have over 20 years to make up.’

I first met Nelson Mandela at the Namibian Independence celebrations in Windhoek in 1990. It was the one thing the Anti-Apartheid Movement got wrong. We assumed that Namibia could not be free until the South African apartheid system had been defeated.

The stadium was packed and as the ceremony got under way, the cry “Mandela is here” swept through the evening air. Yet he was nowhere to be seen. Eventually he was spotted sitting in the back row.

After the ceremony was over there was a rush to get out of the stadium where Mandela was found sitting in his car totally unable to move because his vehicle was boxed in by people on all sides.

I fought my way through the scrum to the front and introduced myself and asked Mandela why he was not sitting among the other dignitaries at the front. He replied:

“This is Namibia’s day. When it is South Africa’s day, don’t worry, I will be at the front!”

The next evening we all gathered for a celebration dinner.

The late Kader Asmal – leading anti-apartheid campaigner and later a minister in Mandela’s Cabinet – and I were in the “bad boys’” corner having a puff on cigarettes, when a door, guarded by heavily armed soldiers, opened.

I said to Kader: “We must get in there.”

Kader said we would not be allowed in.

I said, “Come with me”. I marched up to the guards, nodded towards Kader and said “It’s okay, he’s with me,” and we strolled in.

We had a long talk with Mandela. He explained to us that we should not expect too much too quickly from the negotiations.

Sometimes things would go smoothly, at other times it would be sticky going and sometimes negotiations would come to a halt and even be broken off entirely, Mandela said.

However, he was adamant that the ANC was determined to negotiate a settlement for a democratic non-racial, non-sexist society for South Africa.

He was to be proven entirely correct.

Some time later, he was in London and was given lunch by Oliver and Adelaide Tambo at their home in Muswell Hill.

The ANC delegation told me:

“We have arranged for you to sit next to Mandela. We are very concerned for his health. He is getting up at two or three in the morning to do press interviews for foreign newspapers. He keeps going till late in the evening. We are worried that he is doing too much. Will you speak to him?”

I replied that I did not think he would listen to me.

They said: “Well, he won’t listen to us, please speak to him.”

With some trepidation I raised the concerns with him, explaining that we thought he was doing too much. I expected him to tell me to mind my own business. However, he thanked me for my concern, smiled and said, “You must understand that I have over 20 years to make up.”

There was no answer to that.

Mandela made his first state visit to Britain in 1996. He was staying at Buckingham Palace and invited Anti-Apartheid Movement patron Trevor Huddleston and Mike Terry, director of AAM, and I to have breakfast with him. We arrived in good time and were advised that we might have to wait a while as he had an unexpected guest.

We were happy to do so but were intrigued as to who the surprise visitor could be. We were totally amazed when who of all people emerged but Prime Minister Maggie Thatcher.

Only Mandela could be so forgiving towards someone like her. I was in the chamber of the House of Commons when she said: “Anyone who believes that the communist terrorist ANC will ever govern South Africa is living in cloud cuckoo-land!”

Mandela gave a lunch to thank various people who had contributed to the Struggle.

Together with Joan Lestor, MP, I was waiting in line to be greeted by the new South African High Commissioner, Mendi Msimang, when who should sail in like a galleon, ignoring the high commissioner and marching into the dining room? None other than Thatcher.

In one of those rare moments of complete silence, Joan Lestor said: “Who’s living in cloud cuckoo-land now?” The whole place erupted in laughter.

Mandela was the greatest individual I have ever met.

Unlike what I call “the swivel eyes “ who look over your shoulder, eyes flickering from side to side in case there is someone they feel is more important for them to be speaking to, Mandela always gave you his undivided attention. He had that magical quality of making you feel you were the only person in the room, no matter how crowded it might be.

It was a privilege and an honour to have known him. DM

Lord Hughes of Woodside is a former chairman of the Anti-Apartheid Movement. The Nelson Mandela Centenary Exhibition will open in the Queen Elizabeth Hall at the Southbank Centre at 4pm on 17 July 2018 and run daily 10am-11pm until 19 August 2018, along with various associated events. The exhibition is jointly curated by the Apartheid Museum in South Africa, the Anti-Apartheid Movement Archives in the UK and the Southbank Centre.