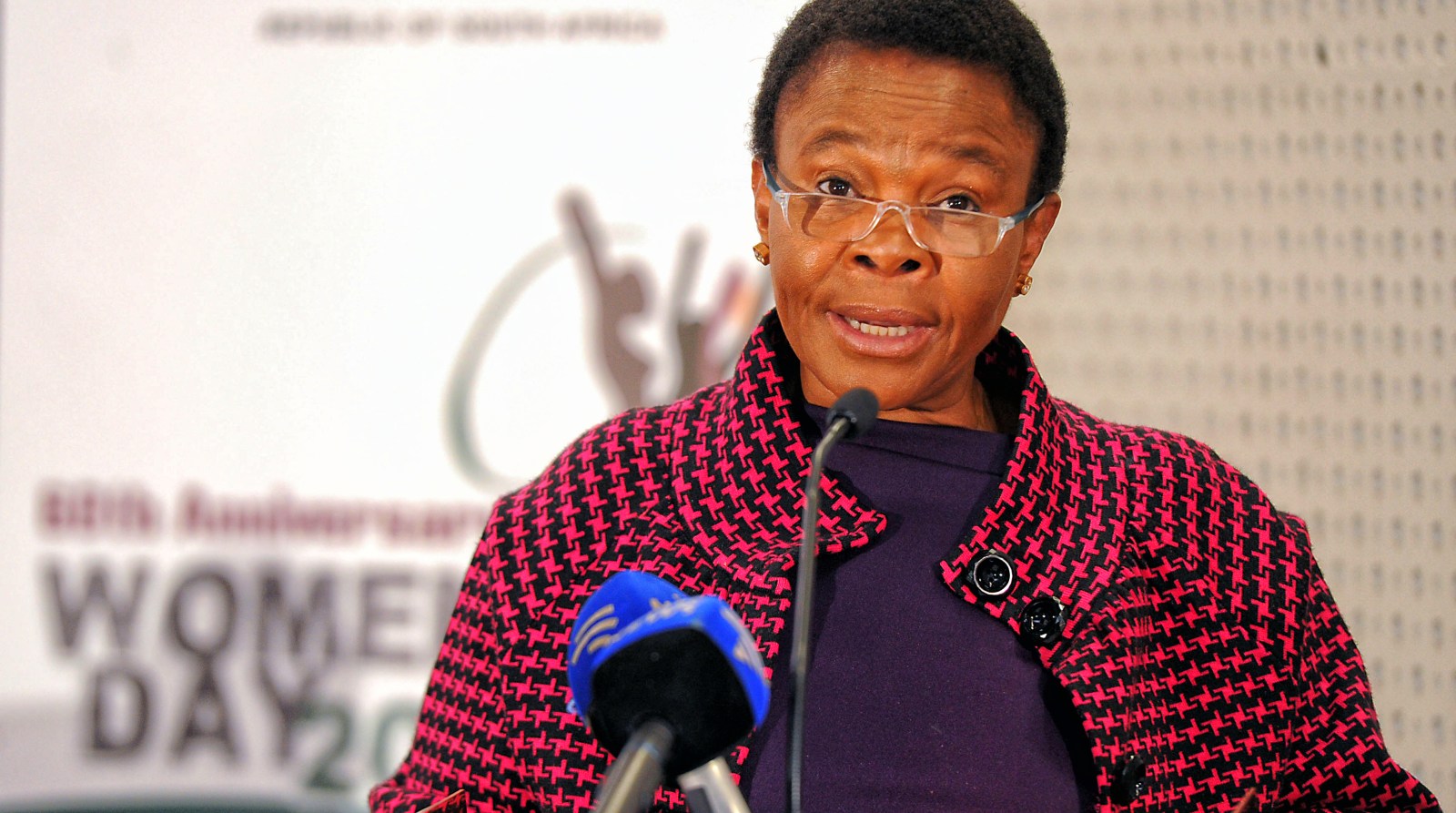 Social Development Minister Susan Shabangu was almost one hour late for the press briefing she was hosting with the National Education, Health and Allied Workers Union (Nehawu) on Tuesday.

When she arrived, she had harsh words for Net1 companies, whose subsidiaries include the outgoing provider of cash grants, Cash Paymaster Services (CPS), and a number of subsidiaries offering financial products to grant recipients.

“I think they are trying to extend their scope because the intention is not to go away,” said Shabangu on the Net1 companies.

In 2014, the Constitutional Court said CPS’s contract with the South African Social Security Agency (Sassa) was invalid and after years of delays Sassa is now working with the SA Post Office (SAPO) to implement a new system of paying cash grants.

She said Net1 companies were “not being honest” to grant recipients.

“They’re, like, cheating them,” she said, reiterating Sassa’s complaint that Net1 is trying to market its green EasyPay Everywhere card and deceiving beneficiaries who want to sign up for the new gold SAPO card, which allows much fewer deductions.

Shabangu said the Net1 companies were “trying to claw back” their share of beneficiaries as Sassa encourages grant recipients to sign up for SAPO cards.

“We’re not going to leave that particular space unattended.”

Net1 has been criticised for using the CPS contract to market other financial products and unfairly profit from unsuspecting consumers. The companies have vigorously denied the accusations and the Constitutional Court in 2017 ruled that deductions can come off such accounts for services such as loans, airtime and electricity.

Net1 has responded by saying beneficiaries can use any payment channel, whether it is through SAPO, Easypay Everywhere, or another financial institution. The EasyPay accounts are underwritten by Grindrod Bank, which is likely to lose millions of clients.

“There have been reports where SAPO cardholders have attempted to utilise the pay point infrastructure to access their grants, but these transactions have seemed to fail,” it continued.

“We assume that these failures relate to the technical glitches alluded to in the media.”

Shabangu apologised on Tuesday for glitches in paying cash grants this July as Sassa and SAPO launch the new payment system. She said they were not prepared for the rapid uptake in the new system, with 1.3 million beneficiaries already swapping their cards. Around 2.5 million beneficiaries receive cash payments.

“Similar experiences like this should not happen again. It’s not the standard we want for our beneficiaries,” said the minister. Sassa plans for all cash beneficiaries to have signed up for the new SAPO card by the end of August, before the CPS contract ends at the end of September.

“We are very confident that come the next payment round we will have a smooth system,” she added.

Shabangu was speaking after meeting Nehawu leaders to improve the relationship between Sassa and its workers during the transition period.

“We all know that Sassa comes from a particular past and there were some challenges faced by Sassa workers and we’re saying that those challenges must be issues of the past,” said the minister.

Nehawu has recently raised red flags about how its members are treated at Sassa as the new payment system is rolled out. In April, the union said members were forced to perform duties outside of their job descriptions and threatened with suspension letters if they refused.

“As Nehawu, we will not fold our arms while our members are made to pay for the blunders of former minister of social development Bathabile Dlamini and her cronies who did everything in their power to keep the illegal and invalid CPS contract in place,” it said at the time.

Nehawu and Sassa on Tuesday agreed to form a task team to iron out the differences and report back in a month.

“The key is what do we do as Sassa on the ground. Because that’s where the work is,” said Shabangu.

Some beneficiaries were left stranded last week as some of the 700,000 people who had signed up for the new payment card couldn’t access their money due to technical glitches and high demand.

Sassa said it had worked closely with the banking sector to resolve the challenges and more than 72% of beneficiaries had accessed their grants, with many people in the remaining 28% not rushing to withdraw their money in the first week of payment.

While beneficiaries have complained of long queues and delays in trying to sign up to the new system, Shabangu claimed the queues were a common feature on the day grants were paid. The switch could continue to be hindered by a strike at SAPO.

The Communication Workers Union (CWU) is leading a strike at SAPO, impacting on post offices across the country. The union wants a 10% wage while SAPO is only offering 6%.

Sassa recently managed to avoid a potentially crippling strike by the Public Servants Association (PSA) after the Labour Court last week ordered the union to go back to the negotiating table. Wage discussions with Shabangu, the minister of finance and minister of public service and administration will resume on 12 July.

To ease the burden on its systems, Sassa has pleaded for beneficiaries not to queue in the early hours of the morning on the first day of each month.

“They don’t have to subject themselves to the negative weather conditions we are experiencing and they have to avoid the congestion that comes at the beginning of every month,” the agency said last week. DM