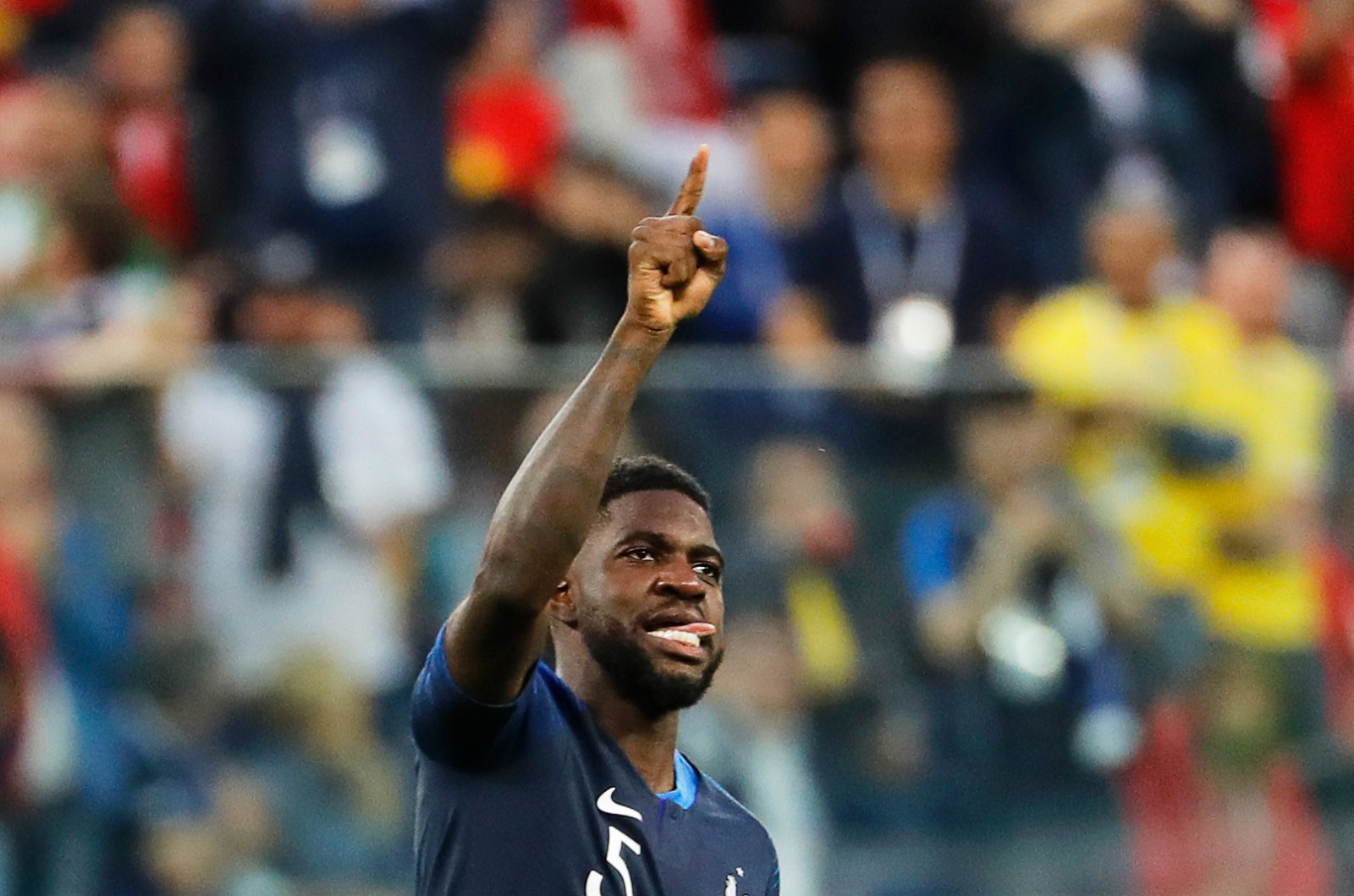 France reached the World Cup final on Tuesday after a second-half header from Samuel Umtiti gave them a 1-0 win against Belgium.

Samuel Umtiti headed France into the World Cup final in Saint Petersburg on Tuesday with a 1-0 win, consigning Belgium’s ‘golden generation’ to another bitter disappointment.

France’s own supremely talented young squad will aim to make amends for defeat on home soil in the final of Euro 2016 in Sunday’s showpiece against England or Croatia.

In a World Cup replete with set-piece goals, a corner again proved decisive when Umtiti timed his run perfectly to meet Antoine Griezmann’s delivery six minutes into the second half.

France were thankful for fine saves from goalkeeper Hugo Lloris either side of half-time.

Belgium’s Kevin De Bruyne warned Kylian Mbappe was ready to take the world by storm on the eve of the game and the most expensive teenager in the history of football showed why inside the first 60 seconds.

He skipped past Jan Vertonghen with ease and only a last-ditch tackle by Vincent Kompany prevented Griezmann from latching onto his cross.

Thibaut Courtois rushed from his goal just in time to save Vertonghen again from Mbappe’s pace on 12 minutes, but it was Belgium who started the better in possession.

One of the Red Devils’ many French connections was the biggest danger as Eden Hazard, who began his career with Lille in Ligue 1, pulled the first attempt of goal just beyond the far post.

The Chelsea forward’s next effort was arrowing into the top corner until it flicked off Raphael Varane’s head and deflected just over.

Lloris and Courtois played a huge part their sides’ quarter-final wins and it was only thanks to two of the best ‘keepers in the world the game remained goalless at half-time.

First, Lloris flew to his right to turn Toby Alderweireld’s shot on the turn behind.

At the other end, Mbappe demonstrated the subtler side to his game to play in Benjamin Pavard, but Courtois used his massive 6ft 5ins (199 centimetre) frame to deny the Stuttgart full-back his second goal of the tournament.

Didier Deschamps’ men ended the opening period on top, but again Olivier Giroud looked short of confidence as the focal point of the French attack. Giroud has not scored in eight games and is yet to even have a shot on target in Russia.

His best chance arrived via more good work from Mbappe with a cushioned cross, but the Chelsea striker could only slice horribly wide on his favoured left foot.

Giroud did at least have a part to play in the decisive opener as, after his shot was deflected wide, Griezmann’s corner was flicked in at the near post by Umtiti.

Once in front, France had even more space to exploit Mbappe’s pace, but it was a majestic piece of skill that nearly created a second with a backheel that again freed Giroud only for Mousa Dembele to block.

Roberto Martinez introduced an extra attacker in Dries Mertens in an attempt to turn the tide and he nearly had an immediate impact as his cross was headed inches wide by Marouane Fellaini.

That was as close as Belgium came to taking the game to extra-time, though, as Lloris parried a long-range piledriver from Axel Witsel.

But for Courtois, France’s margin of victory would have been even greater as he made saves from Griezmann and Corentin Tolisso in stoppage time.

WATCH: Samuel Umtiti heads France into the #WorldCup final! Will they lift the trophy on Sunday?

For the generation of Hazard, De Bruyne and Romelu Lukaku, beating Brazil in the quarter-finals was meant to be the breakthrough on route to winning a major tournament.

Instead, it proved to be another false dawn as France march on to Moscow.  DM