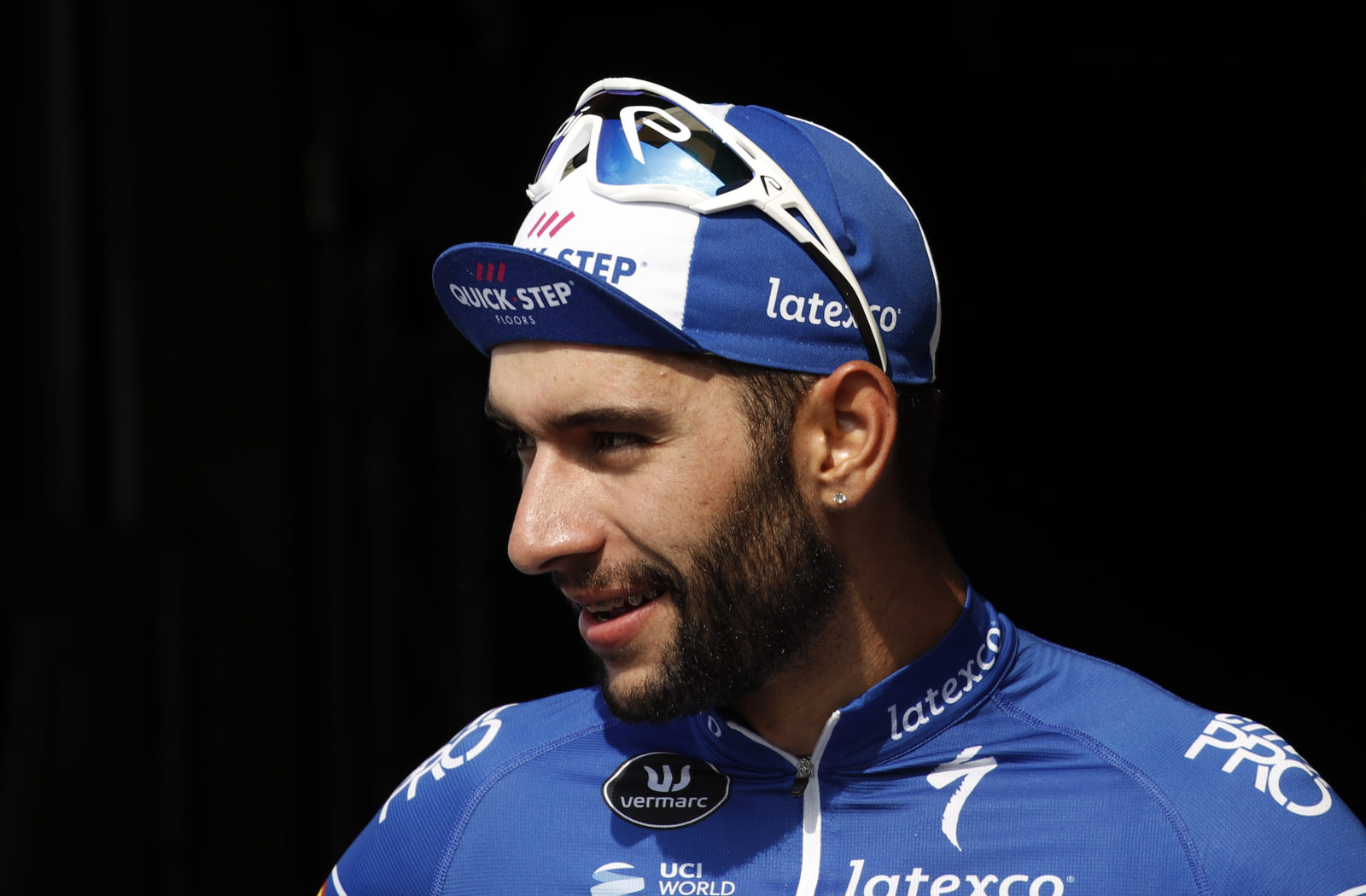 Quick Step Floors rider Fernando Gaviria of Colombia celebrates on the podium after winning the 4th stage of the 105th edition of the Tour de France cycling race over 195km between La Baule and Sarzeau, France, 10 July 2018. EPA-EFE/YOAN VALAT

The 23-year-old Quick Step rider timed his sprint to perfection to overtake German Andre Greipel and hold off a fast-finishing Peter Sagan, who just got second, in a photo finish.

One rider who will take no further part in the race is AG2R’s Axel Domont who broke his collarbone after being brought down avoiding a spectator who had strayed into the road to take a photo.

Gaviria won Saturday’s first stage on his Tour debut and looks to be the man to beat in the sprints this year.

“Everyone in Colombia is watching the Tour de France and I feel like my nation’s representative,” said Gaviria.

“The team had to work really hard to catch the escape, nobody else was helping,” he added.

The frenetic finish was so close, the riders all watched the replay on a giant screen to see how the shares had been spoiled.

“I took Greiple’s wheel, so it could have been better,” Sagan joked afterwards.

“Second is better than third,” he added.

Asked what he needed to beat Gaviria, Sagan was again quick with a quip.

“Better legs!” he said. “He’s faster than me and that’s okay. Lets see tomorrow how he does where there’s a bit of climbing.”

Despite the late fall in the peloton, overnight leader Greg van Avermaet of BMC held on to the race leader’s yellow jersey.

“We are happy to have kept the yellow,” said Belgian Van Avermaet.

“I hope it brings us luck in the semi-final,” he added in reference to the World Cup semi-final later Tuesday which pitches Belgium against France.

Van Avermaet would normally be one of the favourites to clinch Wednesday’s hilly run to Quimper, but will face a stiff challenge for the jersey.

“It’s the first big stage of this kind and we are going to see time difference in the overall standings, it just depends who wants to go for it,” he said.

Four escapees — Dimitri Claeys, Jerome Cousin, Anthony Perez and Guillaume Van Keirsbulck — got away in the first kilometre and were only caught in the final one of a 195km stage that culminated in a head-wind on a 4km home straight.

The quartet nearly made it home after the fall held the peloton up.

Domont, an AG2R teammate of Tour de France title contender Bardet and a key domestique come the mountains, stayed on the tarmac in apparent agony. His absence means Bardet’s team is now down to seven riders with 17 more stages to be raced before the Tour’s end on July 28.

International cycling federation president David Lappartient, who also happens to be the mayor of Sarzeau, made a televised appeal for fans to learn from the incident.

“The riders are on bikes, but they are not out to buy a baguette, they are travelling at 70km/h,” he warned. DM