In Pictures: France give Red Devils the blues in World Cup semi-final 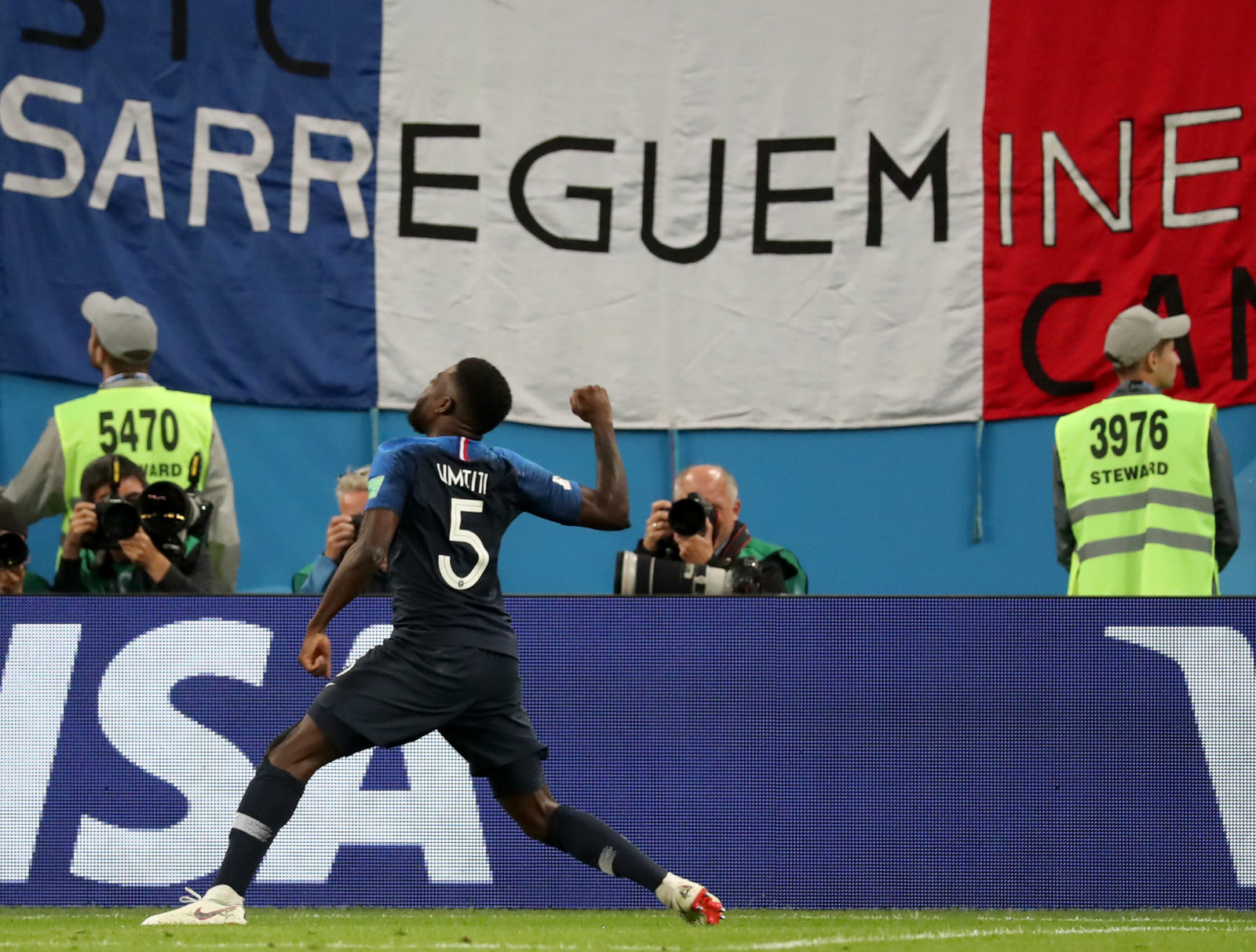 Belgium's chances came to nought as a well-organised France side protected their 1-0 lead to seal their place in the World Cup final.

You’d have been a fool to try to predict the scoreline for the semi-final between France and Belgium. But, if you dared, nobody would have scoffed if you had opted for a goal glut, or no goals at all.

Such is the nature of these two teams and the unpredictability of this stage of the competition.

Neither side had dared tinker too much with their winning formula. Blaise Matuidi returned from suspension for France in place of Corentin Tolisso, while Roberto Martinez’s hand was forced by the suspension of Thomas Meunier as Mousa Dembele stepped in.

It soon became apparent that neither side was going to opt for the full-tilt approach that helped them to the last four.

France were notably more conservative with Belgium pressing and creating more chances in the opening minutes. Whenever Les Bleus did manage to wrangle possession, they set on a brisk counter that almost always came to nought.

The first hair-raising moment came just after 20 minutes in as Hugo Lloris denied Toby Alderweireld with a lurching save.

Free kicks and possession amounted to nothing in the exchanges that followed and by half-time, with the score locked at 0-0 and given how the first half unfolded, extra time seemed likely.

But Didier Deschamps must have brought out the hairdryer at half-time, because France had a notable spring in their step after the break, despite Belgium’s pressure.

Finally, in the 51st minute, Samuel Umtiti out-jumped Marouane Fellaini and his hair, heading home Antoine Griezmann’s corner. It was the first Belgium had conceded from that situation since 1994.

France then retreated as Belgium briefly kicked into a higher gear, albeit failing to find a way through.

There was a bit getting clattered in the face by a rebounding ball, some wild kicks on the edge of the box on the Red Devils (curiously not spotted by the ref), some amateur time-wasting dramatics from Kylian Mbappe and a few glances at goal to wrap things up.

Romelu Lukaku hardly had a touch, Eden Hazard was a menace, France, at one point, had just 36 percent of possession, but such is the nature of these crunch clashes.

France will play either England or Croatia in the World Cup final on Sunday. DM