In Pictures: The fan faces of the World Cup 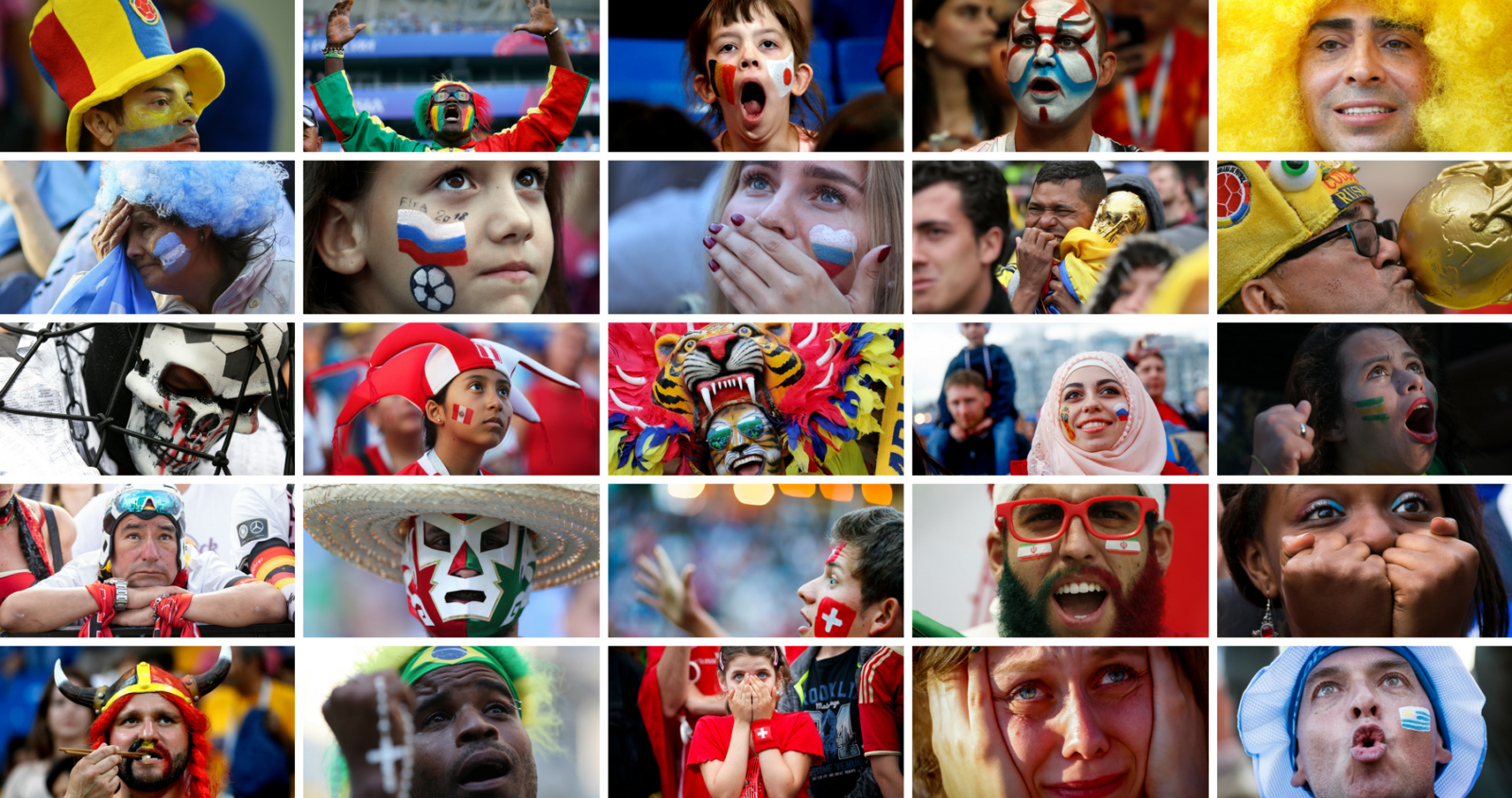 The agony and ecstasy of supporting a team at the World Cup hits like a ton of bricks. Or like the click of a photographer's finger.

We’ve all been there. Full face paint. Team shirt. Flag. Full kit. And maybe a few props. Following a team at any competition is loaded with emotion. Doing so at a World Cup, the biggest sporting extravaganza on the planet, is a wild ride.

Across the globe, fans have bundled together to watch their teams. In the stadiums in Russia, fan parks in their cities, huddled around televisions in pubs or living rooms to watch every agonising second.

The chances missed, the dreams shattered, the foolish flops, the fancy footwork and the arrival of VAR.

There’s been enough face paint to decorate a small bathroom, some interesting fashion choices and an elaborate headdress here and there. We’ve even spotted a fan resorting to a more metaphorical form of performance art: eating sushi before his team played Japan.

While the players light the fire, the faithful keep it fuelled. Thousands have travelled to Russia at great expense to experience the magic first-hand.

Whether that’s Panama’s fans just wanting to be there for their nation’s first World Cup goal, the hopeful (and later bitterly disappointed) Germans, the tens of thousands of South Americans or the Iceland supporters whose chants will chill your bones, never tell a single one of these people that it’s just a game.

Throughout it all, photographers have captured the emotions and we’ve put together a selection of some of the best.

Click on an image below the launch the gallery.