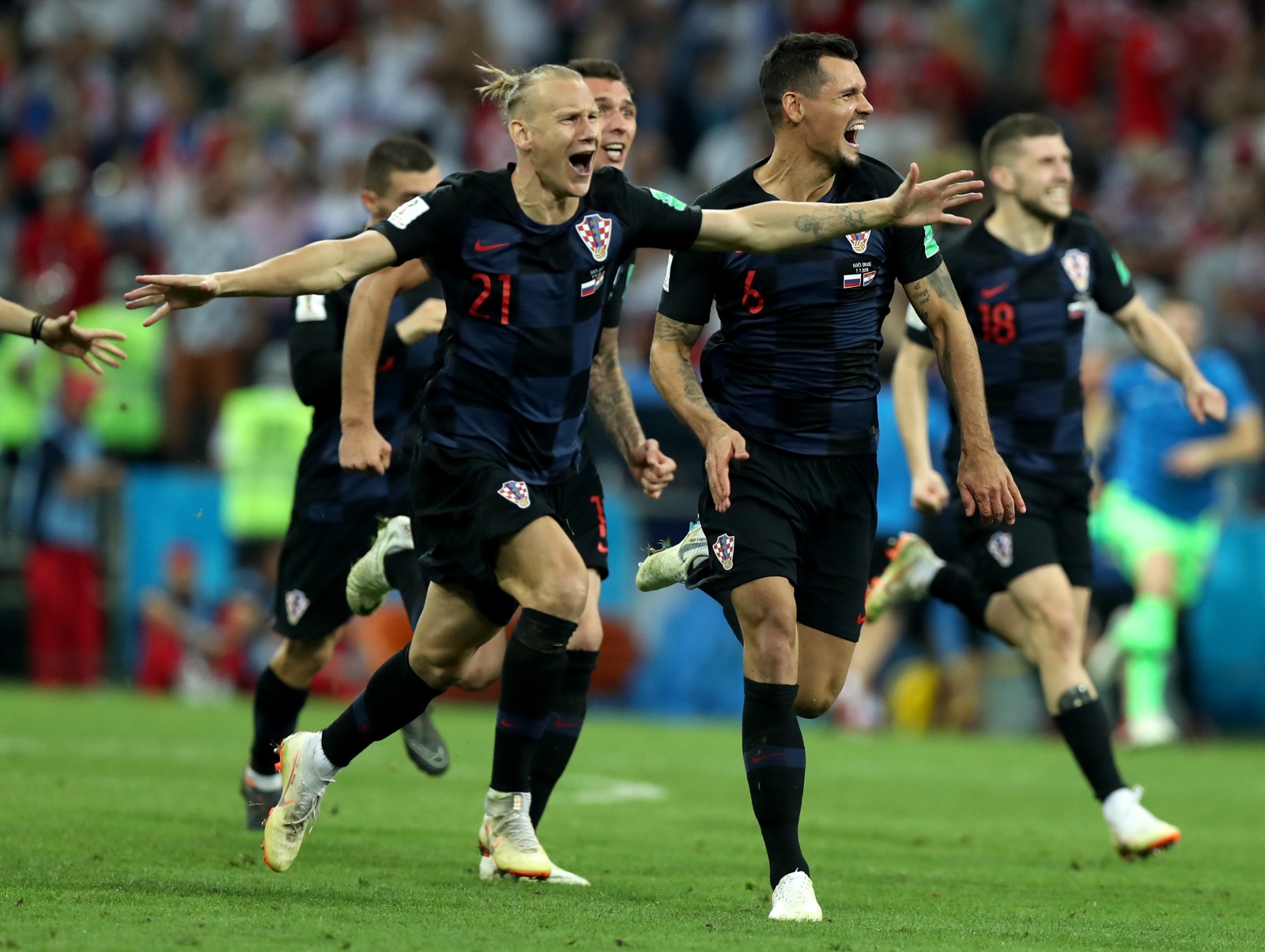 Croatia beat Russia 4-3 on penalties on Saturday to set up a World Cup semi-final against England after a dramatic match full of twists and turns.

Ivan Rakitic scored the winning penalty as Croatia beat Russia 4-3 in a shoot-out after a dramatic 2-2 draw on Saturday to end the World Cup hopes of the host nation and advance to a semi-final against England.

Brazilian-born Mario Fernandes had kept Russia’s dream alive when he headed home in the 115th minute to level the scores and force penalties, but he and Fedor Smolov both failed to convert their spot-kicks in Sochi.

Croatia, for whom Andrej Kramaric and Domagoj Vida had earlier found the net, advance to their first World Cup semi-final since 1998. They will face England, who beat Sweden 2-0 earlier, at the Luzhniki Stadium Moscow on Wednesday.

In contrast for Russia, who had taken the lead through another Denis Cheryshev wonder goal in the first half, there is only heartbreak as they finally go out.

They can however be proud of their efforts, with a run to the last eight exceeding expectations for a side written off as no-hopers before the tournament.

And it remains to be seen how quickly Croatia — whose President Kolinda Grabar-Kitarovic was watching from the stands in her country’s colours — can recover from this draining night, having also been taken to extra time and penalties by Denmark in the last round.

The arrival of the host nation for the final World Cup match at the Fisht Stadium meant by far the most vibrant atmosphere yet at this Black Sea beach resort.

The Russians, riding a wave of euphoria after unexpectedly knocking out Spain in the previous round, were determined to carry on to a first World Cup semi-final since the break-up of the Soviet Union.

But Croatia came into this game as the favourites. They may have a population of little over four million, but amongst that number are two of the finest midfielders in the world in Rakitic and Luka Modric.

They dominated the match, but Russia contributed to another fantastic occasion in what has been an outstanding World Cup.

The hosts went ahead thanks to a bolt from the blue just after the half-hour mark.

Cheryshev, who scored three times in the group-stage wins over Saudi Arabia and Egypt, was back in the line-up here after beginning on the bench against Spain last weekend.

He cut in from the left, exchanged passes with Artem Dzyuba and skipped away from a Modric challenge before firing home a superb shot from 25 yards on his left foot.

Croatia were stunned. But the Russian lead had lasted only eight minutes before they drew level, Mario Mandzukic cutting the ball back for Kramaric to head home.

Ivan Perisic hit the post for Croatia in a second half they controlled, yet they had to limp on into extra-time, with goalkeeper Danijel Subasic providing a scare as he hurt a hamstring late on.

However, Croatia took the lead for the first time in the 101st minute, defender Vida getting his head to a corner to send the ball low into the net, helped by substitute Vedran Corluka getting out of the way.

Vida removed his shirt as he ran away in celebration, possibly thinking Croatia were heading through.

However, Russia found the resources to draw level again, substitute Alan Dzagoev holding up a free-kick for Fernandes to head home in the 115th minute.

His shoot-out miss proved pivotal, however, especially after Smolov’s weak attempt at a chipped penalty was saved by Subasic.

For Croatia, Mateo Kovacic had his penalty saved, but Marcelo Brozovic, Modric and Vida all netted theirs before Rakitic stroked in the winner.

Clicking on the images below will launch the gallery.