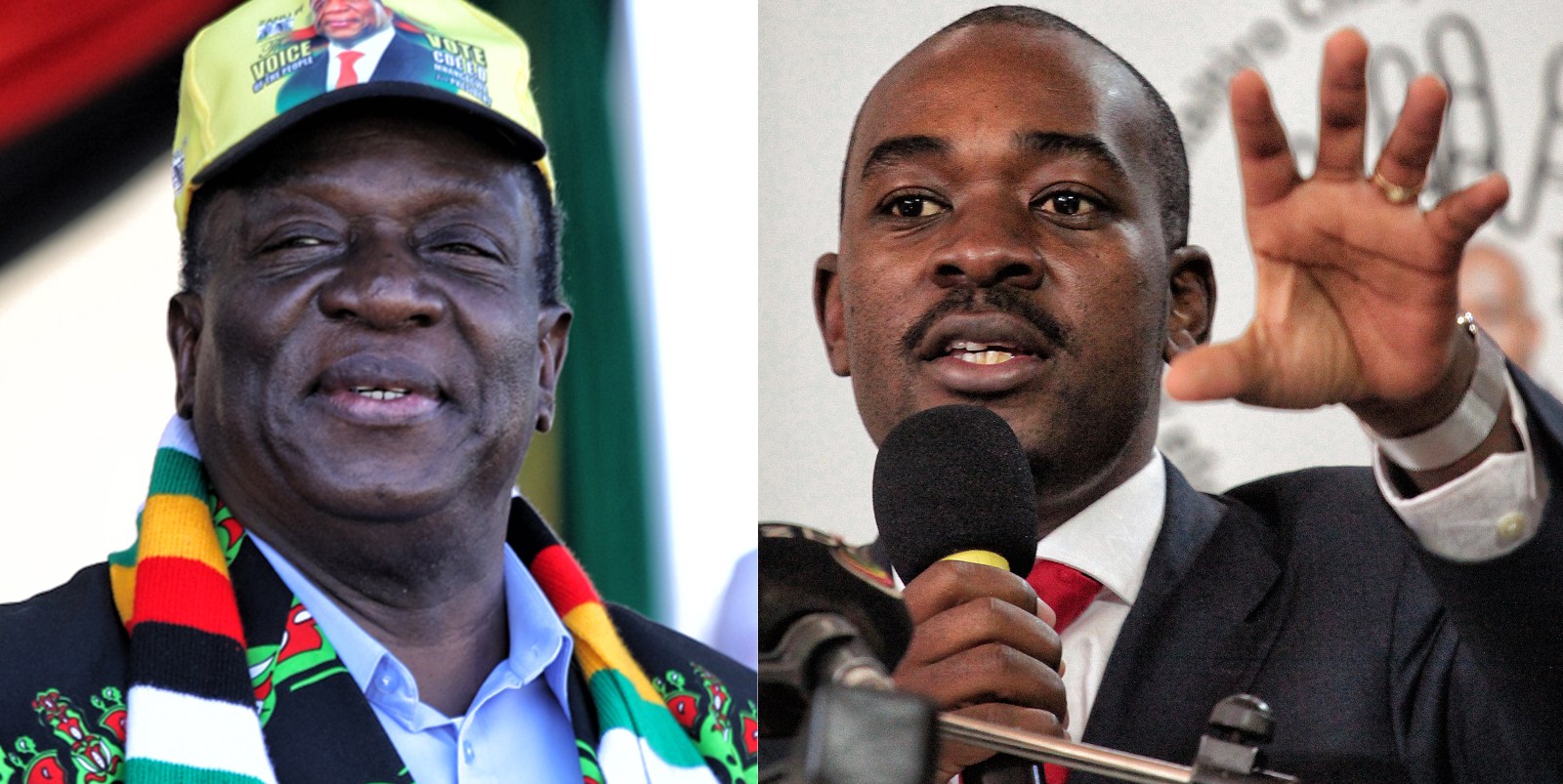 The key players in the polls on 30 July have to prove to Zimbabweans and the world that they are capable of turning the country around.

Expectations are high that the council, House of Assembly and presidential elections, which have been termed “harmonised elections”, will usher in a turnaround for Zimbabwe. The two main contenders have set ambitious targets and are under pressure to show the world what they are capable of.

More than 20 presidential candidates were successfully nominated to run but the real battle is between incumbent Emmerson Mnangagwa, president of the ruling Zanu-PF, and 40-year-old Nelson Chamisa, who leads the MDC Alliance, a coalition of seven opposition political parties.

Mnangagwa, who came to power through a military coup disguised as “Operation Restore Legacy” meant to remove criminals surrounding former president Robert Mugabe, is battling a legitimacy crisis and would want to prove to the world that he is different from Mugabe, under whom he served for more than four decades.

The former vice-president has declared that “Zimbabwe is Open for Business” and has promised to come up with policies that would lure investors into the country after years of isolation from the international community.

In its recently launched manifesto, Zanu-PF, among other things, promised to transform Zimbabwe into a middle-income economy by 2030, attain an economic growth rate of at least 6% a year over the period 2018-2023, attract $5-billion annual foreign direct investment inflows and $10-billion in domestic investment.

The party also promised to improve the ease of doing business by accelerating the harmonisation of investment laws while increasing industrial capacity utilisation to at least 90% by 2023.

Zanu-PF has also promised to ease the housing backlog in the country by building 1.5 million medium-income housing units between 2018 and 2023, a goal, however, that many observers believe is overambitious as it translates into 822 houses a day.

Mnangagwa, who has in the past been accused of amassing wealth corruptly, also pledged to create a corruption-free environment in the private and public sectors and intensify the fight against vice in all its forms.

Chamisa, on the other hand, has promised to deal with the cash crisis that has dogged the country for years now and ban the bond notes, a surrogate currency introduced in 2014 to ease the liquidity crunch, within 90 days.

The opposition leader, who previously served in the government of national unity between 2009 and 2013, said he would create millionaires in Zimbabwe by turning thousands of vendors into entrepreneurs while ensuring industrial capacity utilisation was at full throttle.

Other promises made by the opposition alliance were to have a lean cabinet of 15 ministers at most, thereby reducing government spending, creation of a Sovereign Wealth Fund, development of world-class infrastructure (roads, waterworks, sewerage, bullet trains) and a focus on productivity.

The young politician, having been in opposition for a long time, would want to prove to the world and the people of Zimbabwe that he has the solutions to the problems the country has been facing for years.

This sets the tone for a showdown between the two protagonists, with both aware that they depend on the confidence of the international community, which will aid in bringing much needed foreign direct investment.

“Whichever way the election result goes, there is likely to be a change for the better because each of the two men has a point to prove,” noted Reginald Daba of Mufakose (a high-density suburb in Harare).

“President Mnangagwa has a history and many people doubt his sincerity when he talks about turning around the fortunes of the country’s economy and he is very much aware of that. He also has a reputation to cleanse, so he is likely to work hard and try to leave a legacy for himself,” he said.

Daba said, on the other hand, that Chamisa’s victory in the election would be a sure case for Zimbabwe’s prosperity, saying he would bring in fresh ideas and appeared to have the support of foreign investors.

“The opposition has been the hope of the people in the past few years and their election success will be an answer to Zimbabwe’s prayers for change, which has been long coming.”

Harare cobbler, Tinashe Maromo, said the issue was not about who was elected, but more about what the elected president would do for the people of Zimbabwe, adding that both the top contenders for the presidential seat were under pressure to perform once elected.

“Whoever is elected will be under pressure to perform better than the government of Robert Mugabe and that works in the people’s favour as it would lead to development, even though it might be only for the first few years,” Maromo said.

He said that while the opposition would be a better option for the country, there were positive signs that incumbent Mnangagwa would also get developmental support from the international community given the engagements he has had with them.

“His many tours across the globe with his ‘Zimbabwe is Open for Business’ mantra might have helped him convince a number of investors and might get support in the first term should he win this election,” said Maromo.

Amanda Chuma of Mabvuku shared the same sentiments, noting that after the November 2017 march that removed Mugabe from power, Zimbabweans seemed united for change.

“I think that President Mnangagwa is serious about rebuilding the country despite his involvement with the government of Robert Mugabe in the past. He deserves a chance to prove he has reformed and he might also want to prove that by doing the right thing once elected as the substantive president,” she said.

Chuma said the opposition would deliver as it enjoyed the support of the West and had policies that pointed to real change for the country.

The 2013 elections saw the five presidential candidates challenging the ruling Zanu-PF candidate. Mugabe garnered 61.09% of the vote as compared to MDC-T candidate, Morgan Tsvangirai, who secured 34.94%, with small parties taking the balance.

For the national assembly in 2013, Zanu-PF won 160 of the 210 seats, with the MDC-T getting 49 seats and the remaining seat won by an independent candidate. DM

The correspondent is a freelance journalist based in Zimbabwe whose name has been withheld for security reasons.