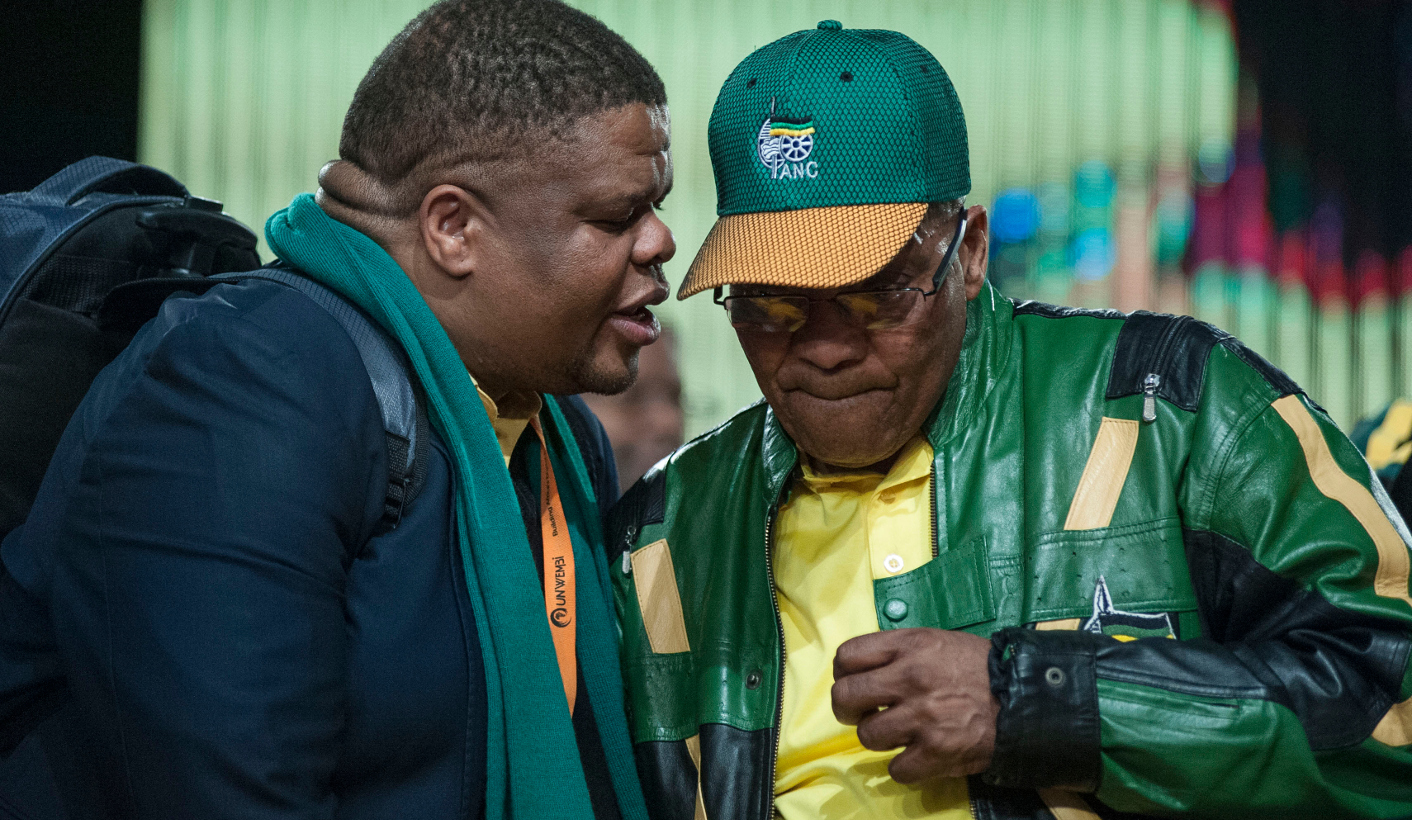 State Security Minister David Mahlobo is seen in conversation with former president Jacob Zuma at the final session of the ANC’s National Policy Conference which was held at the Nasrec Expo Centre in Johannesburg. Picture: IHSAAN HAFFEJEE

Journalists were often under surveillance by the state during apartheid. A new report shows how the surveillance of journalists in a democratic South Africa is not uncommon either.

“Spooks” still exist in a constitutional democracy that promotes freedom of expression and rights to privacy. This phenomenon still occurs “more than two decades later, at the end of the Zuma era”.

And we have since seen them “regain power and influence”, says a report by Right To Know (R2K) released this week.

Through a range of case studies, the report details the surveillance of journalists by security agencies. This is especially true for journalists who have uncovered corruption, State Capture and abuse of power, those who understand the crucial confidential relationship they need to have with sources and whistle-blowers.

The amaBhungane Centre for Investigative Journalism, which partnered with Daily Maverick’s Scorpio and News24 for the #GuptaLeaks, approached the court to challenge the Regulation of Interception of Communication and Provision of Communication-Related Information Act (Rica), which is South Africa’s mail surveillance law. This was cited as a case study.

According to Rica, when you purchase and use a SIM card, landline or internet account, it must be linked to your identity, so that whatever communication you have can be traced back to you. This is especially important for law-enforcement agencies seeking to uncover serious crime.

However, it “emerged” that in 2015, the State Security Agency (then the National Intelligence Agency) had been tapping the phone of Sam Sole, the director of amaBhungane, when he was reporting on the corruption investigation against Zuma in 2008.

Although Sole and his team suspected their communications were being monitored, it was only in 2015 that he became aware of the transcript evidence brought by former president Jacob Zuma’s lawyers of conversations between him and the NPA prosecutor Billy Downer, the report says.

Soon after that, Sole made an information request to the State Security Agency through the Promotion of Access to Information Act where he received confirmation that he was being spied on and that a judge had issued two warrants to his phone, in terms of Rica.

A complaint was taken by Sole to the Inspector-General of Intelligence, responsible for oversight in the intelligence service agencies, to find out why he was spied on and if he had broken any law.

It was only in August 2017 that Setlhomamaru Dintwe, the new inspector- general, concluded a report stating that, unlike other investigations, SSA knowingly requested the judge to sign off on spying on a journalist for the purpose of uncovering information peddlers.

Law-enforcement agencies can also use Section 2o5 of the Criminal Procedures Act, which allows law-enforcement officials to bypass the Rica judge and get access to the phone records of any person they deem to be of interest to their investigation.

In terms of this provision, any magistrate or judge may issue a warrant that forces telecommunications companies to hand over a customer’s cellphone records and metadata. And in 2017, Right to Know (R2K) discovered that between 25,000 and 50,000 Section 205 requests had been made by law- enforcement agencies as compared to an average of 500 Rica warrants.

According to the report, Stephan Hofstatter and Mzilikazi wa Afrika’s phones were tapped when, in 2010, they investigated major corruption scandals in the South African Police Service (SAPS) and the police’s Crime Intelligence Division (CID).

R2K further says Crime Intelligence “lied to a judge to bug their phones after stories about police corruption”.

And Athandiwe Saba, a reporter for Mail & Guardian, was “ spied on by a private investigator while reporting on public corruption” at the Rail Safety Regulator (RSR) in 2016.

The report furthermore cites a December 2016 parliamentary inquiry into the SABC, which learnt that the SSA was used to interrogate various senior staff members after a media report on the broadcaster’s financial status.

At the launch of the report on 5 July, R2K hosted a discussion on media freedom and the threat of state spying.

Mahlatse Mahlase, chairperson of the South African National Editors Forum, reflected on the time she was at the SABC (2007 until recently) and the type of conditions staff worked under. According to Mahlase, beyond the lack of editorial control at the broadcaster, journalists reported intimidation and were required to fill out a detailed survey of personal information.

Duduetsang Makuse, national co-ordinator of SOS, a civil society coalition that lobbies for the strengthening of public and community broadcasting, cited the recent events in Zimbabwe’s military coup.

According to Makuse, by occupying the nation’s broadcasting network, the Zimbabwe Broadcasting Corporation, the coup leaders effectively took control of and curated the information that the public had access to.

“If there was to ever be a coup [in South Africa], it would be the broadcasting network that would be targeted first,” said Makuse.

The report recommends that Rica be reformed to allow greater transparency, including user notification, whereby anyone who is a target of surveillance is notified of this once the investigation has been concluded.

The report also recommends the closing of the Section 205 loophole that currently has less oversight and fewer protections than Rica.

This report, according to R2K, can be seen as a road map to reform the intelligence system.

Although the Matthews report was never tabled in Cabinet because Kasrils stepped down when Thabo Mbeki was recalled as president, R2K says this is an unnecessary “technicality” holding back a crucial report that has found far-reaching problems with intelligence structures and made comprehensive recommendations to address them.

R2K hopes the report will give journalists and the public a better picture of the threats to civil liberties posed by the control of freedom of speech and limiting of access to information. DM