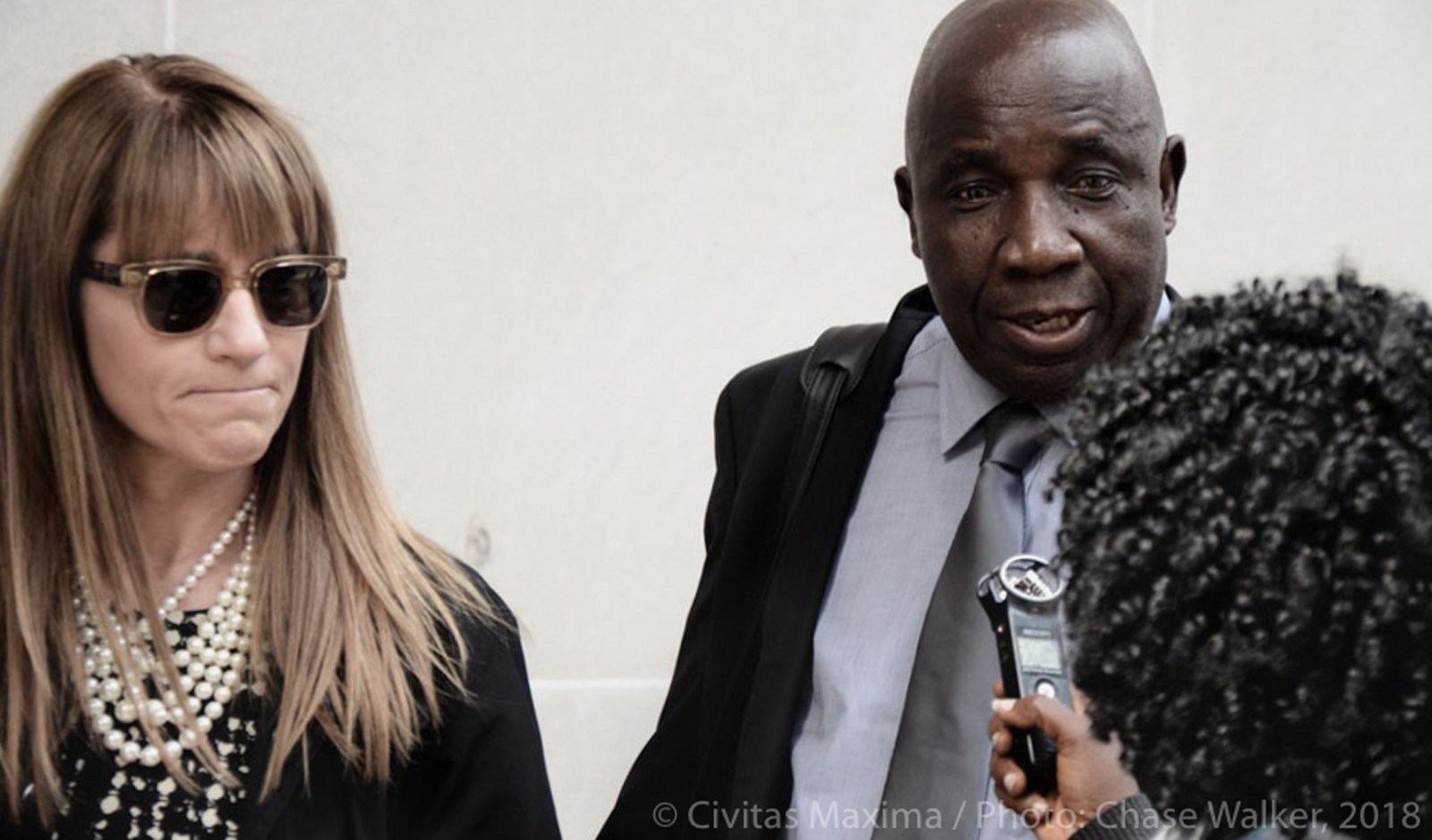 Witnesses travelled from as far away as Liberia to help sink a former warlord in a US court. There will be more trials as some of those held responsible for the Liberian civil war are held to account.

A jury in Philadelphia has convicted Jucontee Thomas Woewiyu, former number two to Charles Taylor in the National Patriotic Front of Liberia, on 11 counts of criminal immigration fraud related to the crimes he committed in Liberia’s civil war.

Woewiyu, 72, becomes the highest ranking official to face justice for Liberia’s civil war which killed 200,000 Liberians, displaced half the population and devastated the country.

The jury heard evidence that the NPFL had recruited tens of thousands of child soldiers and specifically targeted people of certain ethnic groups. The NPFL also targeted west Africans of all nationalities in retribution for the involvement of west African peacekeepers in Liberia in the period from 1990-1993.

“Thomas Woewiyu’s trial is crucially significant for Liberia. Never before were the crimes of the NPFL described in such detail in a courtroom. An important piece of our history was documented during this trial,” said Hassan Bility, an awarded human rights defender and director of Global Justice Research Project which assisted the US authorities with the investigation with their partner Civitas Maxima.

The jury heard Woewiyu was in command when six Senegalese peacekeepers were murdered along with five American nuns during Operation Octopus in 1992.

At the end of the three-week trial, the jury of eight men and four women took one day of deliberations to reach a verdict. They found him guilty on all counts related to persecution of Liberians and others during the war at the hands of the NPFL. On five counts related to his immigration interview and his failure to list the NPFL among his associations, the jury found him not guilty.

Woewiyu didn’t show any emotion as the verdict was read. His oldest son, Jucontee II, who had been upbeat earlier in the day, ran from the courtroom after the last count was read.

US Assistant District Attorney Linwood C Wright requested that Woewiyu be put under house arrest awaiting the sentencing hearing on 15 October. The judge agreed to the request. Woewiyu will probably face a jail sentence of decades and a large fine.

Woewiyu and his supporters left the courthouse by a back door, escaping reporters. His attorney, Mark Wilson, said they were “disappointed”. He said there would probably be an appeal as “there were a lot of issues” with the case.

Outside the court Wright told reporters he was pleased with the verdict. Wright and his team travelled to Liberia on a number of occasions to prepare for the trial. He said he hoped the verdict would bring some comfort to Liberia’s war victims.

“We hope some of them find some solace in this and understand that there are people who care about their experience and want to see them have justice,” Wright said.

He paid tribute to the Liberian victims of the NPFL who came from Liberia and the US to testify before the court and relive the traumatic moments when Woewiyu and his soldiers held their lives in their hands.

“They came here because they were aggrieved and they wanted justice. When people are abused and when people feel that they don’t have any redress it has all sorts of effects that cascade from that. We are happy that hopefully there are people in Liberia today who will feel like there is a chance for justice.”

In Monrovia victims celebrated the verdict:

“We are very much happy, it is what victims and survivors want. It will serve as deterrent for others. These are the people who caused a serious problem for Liberia today that made people get killed,” said Peterson Sonyah of the Liberia Massacre Survivors Association.

In Philadelphia, Massa Washington, former TRC commissioner, said the verdict was “a precedent for the establishment of a war crimes court in Liberia because he is so high up in the NPFL. He’s the highest up that has ever been convicted for crimes in Liberia. So it shattered the ceiling of the argument for a war crimes court.”

The three-week trial focused on the first three years of the Liberian civil war when Woewiyu helped found the NPFL with Taylor and others in the US and then launched a campaign to overthrow President Samuel Doe. Testimony from victims, Liberian and international journalists and US diplomats documented the NPFL’s use of child soldiers and targeted attacks on ethnic groups.

Many witnesses told of the horrors they saw and suffered. One witness told the court that Woewiyu had sentenced her teenage brother to death, another told of being recruited against his will to fight for the NPFL.

This is the second trial in a wave of cases being pursued against alleged Liberian war criminals who have taken exile overseas. In October 2018 Agnes Taylor, Charles Taylor’s ex-wife, goes on trial for war crimes in London. Martina Johnson faces war crimes charges in Belgium and Alieu Kosiah faces trial in Switzerland.

The cases are prompting a renewed push for a war crimes trial in the country, 15 years after the end of the conflict. DM

This story was a collaboration between Front Page Africa and New Narratives. Funding was provided by Civitas Maxima. The funder had no say in the story’s content.