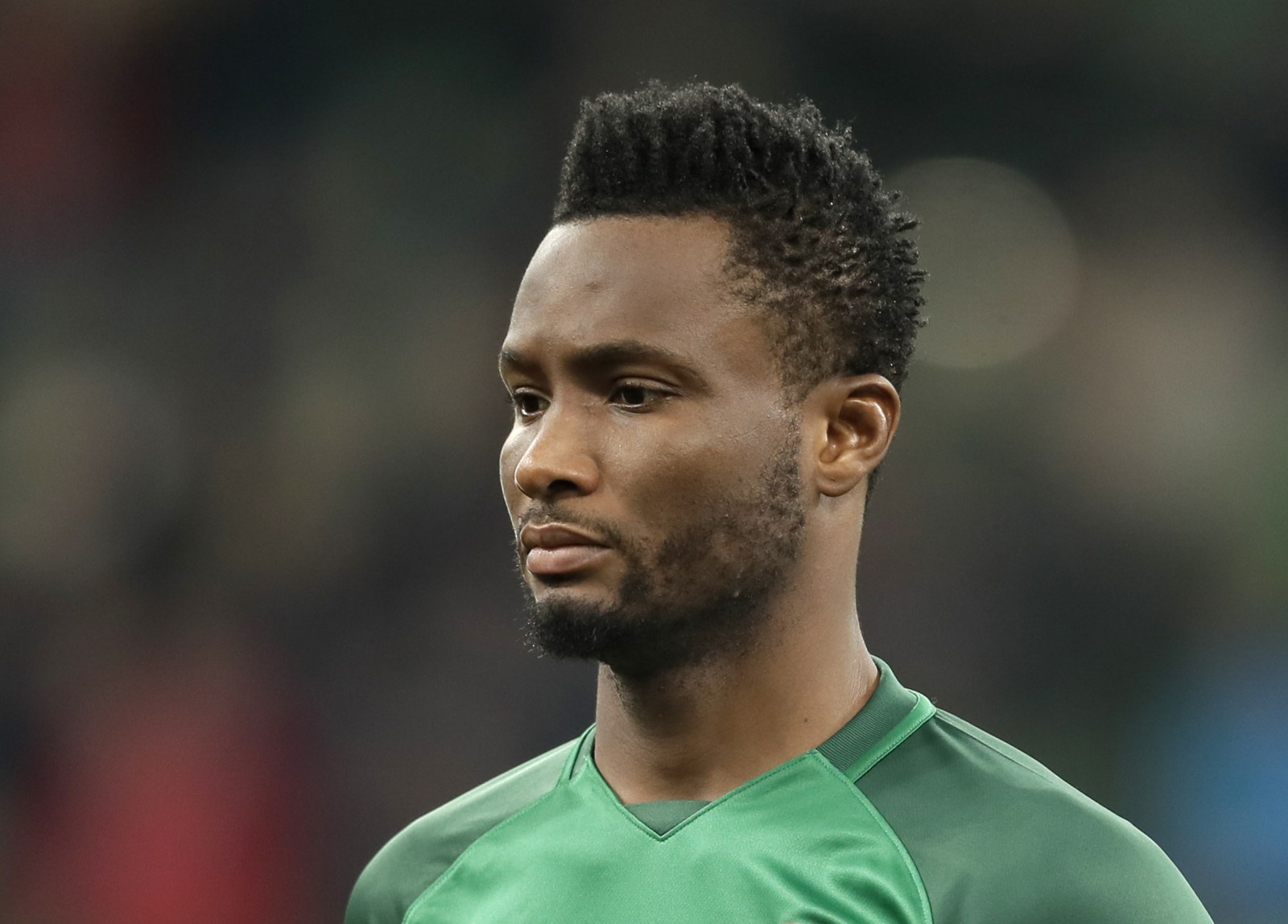 John Obi Mikel of Nigeria looks on before the international friendly soccer match between Argentina and Nigeria at the FK Krasnodar Stadium, in Krasnodar, Russia, 14 November 2017. EPA-EFE/YURI KOCHETKOV

Before Nigeria were due to play Argentina in a crunch group clash, captain John Obi Mikel was told his elderly father had been kidnapped. He told no one and played on.

After Nigeria lost to Argentina in their final group stage of the 2018 World Cup, John Obi Mikel was visibly emotional. Understandably so. The Super Eagles had come within a few minutes of knocking Lionel Messi’s side out of the tournament and progressing to the last 16.

In his post-match interviews, he appeared distracted, as you might expect from a captain. Nigeria, the youngest side at this year’s World Cup, had showed so much promise, but so little return.

It wasn’t until a few days later that the picture came into full view. Right before kick-off, Mikel would learn that his father had been kidnapped and he was being held for ransom.

Pa Michael Obi, was made to walk 5km in the rain, barefoot and held at gunpoint. Obi Jr paid over the ransom of about R380,000 and his father, a man in his 60s, was eventually released.

At no point before the match did Mikel ever say anything to his team mates or his coaches because he did not want to distract them.

He told The Guardian: “I played while my father was in the hands of bandits. I had to suppress the trauma. I took a call four hours before kick-off to tell me what had happened.

“I was emotionally distraught and I had to make the decision about whether I was mentally ready to play. I was confused. I did not know what to do but, in the end, I knew that I could not let 180-million Nigerians down.”

Police confirmed the incident. Superintendent Ebere Amaraizu, of Enugu State Police Command, said: “The abductors started calling to demand a ransom of N10-million before police operatives acted on intelligence information and swooped on them.

“In the process of the rescue, a gun duel ensued between police operatives and the kidnappers which forced the hoodlums to abandon their victims inside the forest and they were promptly rescued.”

For most of us, this is unfathomable. For Mikel, and so many others in Nigeria, it is reality. The Boko Haram kidnapping of school girls over the course of the last four years put a spotlight on the issues, but in a news cycle that is perpetually filled with dark realities, it is far too easily forgotten.

Earlier this year, CBC reported on the scourge of kidnappings that are spreading across the country. In most cases, the victims are released unharmed by their “common criminal” kidnappers who are only in it for a quick buck.

Let all that sink in for a minute. You are about to captain your country at a World Cup. At the most important game of the tournament.

A lot has been written about the failure of African teams and the global tournament throughout the years, but far too little is made of the challenges faced by the players and the individuals who often fly quietly under the radar.

Mikel is not a showman and in the grander scheme of things, he has little to prove. During his time with Chelsea, he won two Premier League titles, four FA Cups (he received a medal in 2010, despite missing the final through injury), two League Cups, one Europa League and, most famously, one Champions League.

Some still feel that he has failed to live up to the same potential in national colours, but his worth comes through more than just trophies and his response to the ordeal is another example of that.

Under coach Gernot Rohr, Mikel has thrived. The two make a fine pair. Rohr, the astute tactician and analyst and Mikel, the diplomat who prefers a gentle approach to soothing issues rather than the hot-headed confrontations that have plagued the Super Eagles in the past. There is no need for either to demand respect, it just happens.

The World Cup exit will sting, it is rarely just about the game for African stars. Mikel must tow the line of being a statesman and a patron, not just to his country, but to the continent.

He is loyal to his charity, the Mikel Obi Africa Children’s Sport Foundation, where he hopes to set up academies across Africa and help alleviate poverty through sport.

And then he still has to deal with speaking out on the realities of crime that his fellow countrymen face. Mikel told the BBC this week:

“Life is already tough on people, then they have to start living in fear when they are going about looking for means of survival.  I want to encourage our government to continue its relentless efforts and fights on factions that create fear and insecurity in our country.

“My father was hurt and tortured during his ordeal and this is unacceptable. I hope that the authorities will work harder to bring these bandits to justice. Representing my country is my greatest honour, I love my country and very proud to be a Nigerian.”

Few other continents have teams that demand so much of their top sports people. And yet, far too often, Africa’s players get the short end of the praise stick for their sacrifice.

Mikel and other players like him deserve so much better. DM