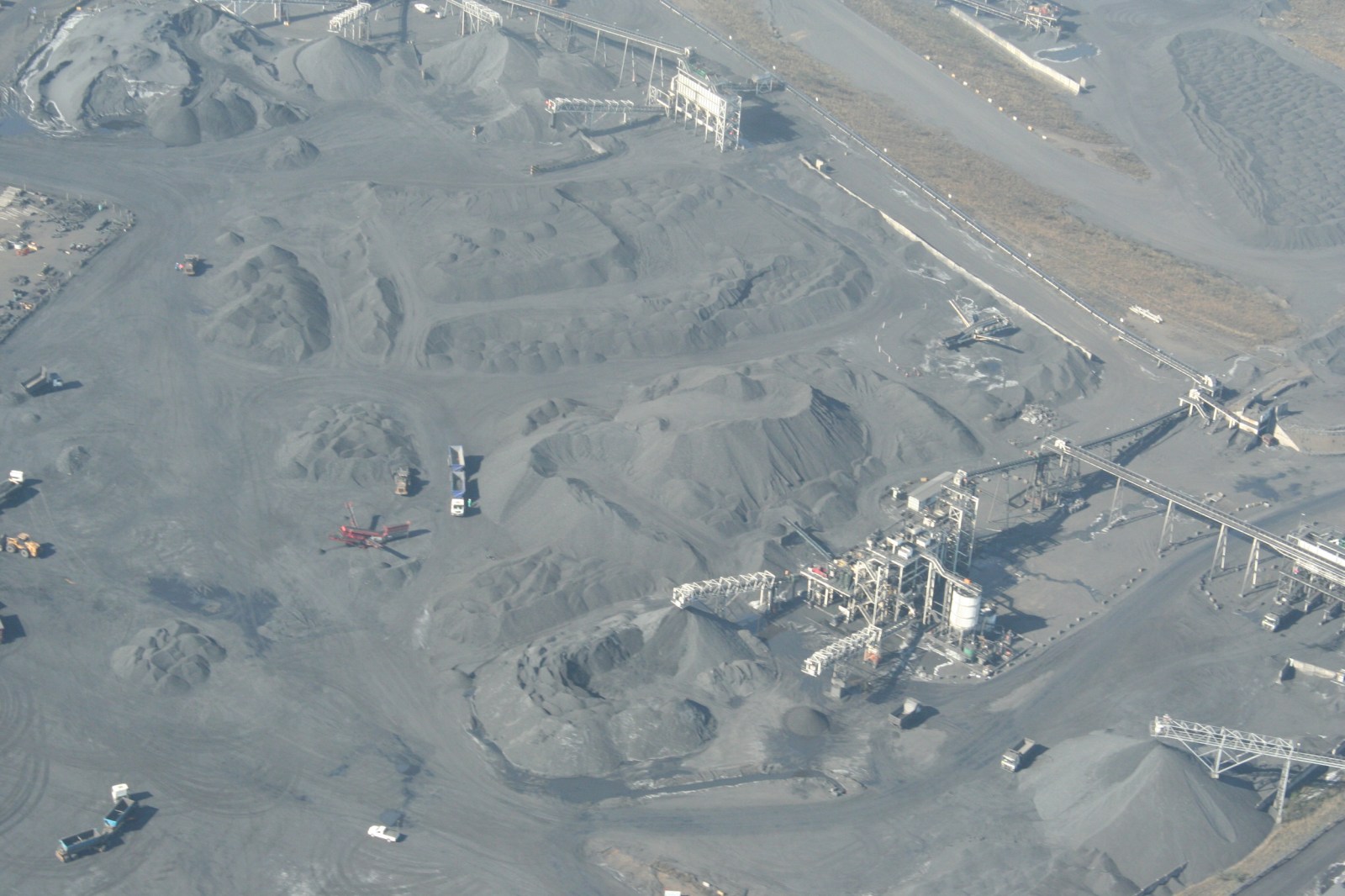 The Tendele mining company is blasting for coal near the eastern boundary of the historic Hluhluwe-iMfolozi Game Reserve. Now another company is searching for coal, directly on the reserve fence-line. Picture: Tony Carnie

There is a creature known in Zulu as the imvukuzane. It lives underground, has sharp claws and long teeth, but its face is rarely seen. It digs big holes and leaves quite a lot of mess behind on the surface. Daily Maverick picked up the scent of one poking its nose around on the boundaries of one of Africa’s oldest game reserves and followed the sooty footprints of this mysterious creature – all the way back to Fredman Towers in Sandton, where it seems to have concealed itself in the offices of a coal mining company with links to a Chinese energy group and two former government mining officials.

Imvukuzane is the isiZulu word for a species of blind mole with long claws that burrows energetically underground, leaving a trail of molehills above the surface.

It is also the name of a hitherto unknown mining company that aims to blast coal on the doorstep of one of Africa’s oldest game reserves and wilderness areas – disrupting tourism and wildlife and possibly displacing hundreds of rural people from their homes.

Six weeks ago on 22 May, Imvukuzane Resources (Pty) Ltd requested environmental approval from government to prospect for coal and other minerals and to dig 275 test boreholes in the Fuleni area, directly adjacent to the southern boundary of the flagship Hluhluwe-iMfolozi Game Reserve in KwaZulu-Natal.

The two reserves were proclaimed in 1895, and later joined together to protect the last surviving population of Africa’s southern white rhinos and a host of other wildlife species.

Previous attempts to mine at Fuleni have been strongly opposed by local community groups and the provincial nature conservation agency, Ezemvelo KZN Wildlife.

In a background document on the latest prospecting venture, Imvukuzane listed a postal address, but no details about the company’s ownership or history.

Initial requests for more company information were noted by Imvukuzane environmental consultant Christine Fouche but when no details were forthcoming, Daily Maverick did a company records search which suggests that Imvukuzane was only set up in April and currently has a single director (a 33-year-old Pretoria attorney).

Though the company’s prospecting application included a Johannesburg telephone number, the receptionist said she had no knowledge of Imvukuzane Resources.

But further investigation has revealed that this telephone number belongs in fact to Canyon Coal, a Sandton-based company established by Turkish-born entrepreneur Vuslat Bayoglu.

Mudogwa and Magudamani were both previous employees of the Department of Mineral Resources, while Kamaloodienis involved in coal, limestone and quarry operations in Mpumalanga and North West provinces.

Responding to written questions, Bayogulu’s communications team denied that Imvukuzane was a subsidiary of Canyon Coal. 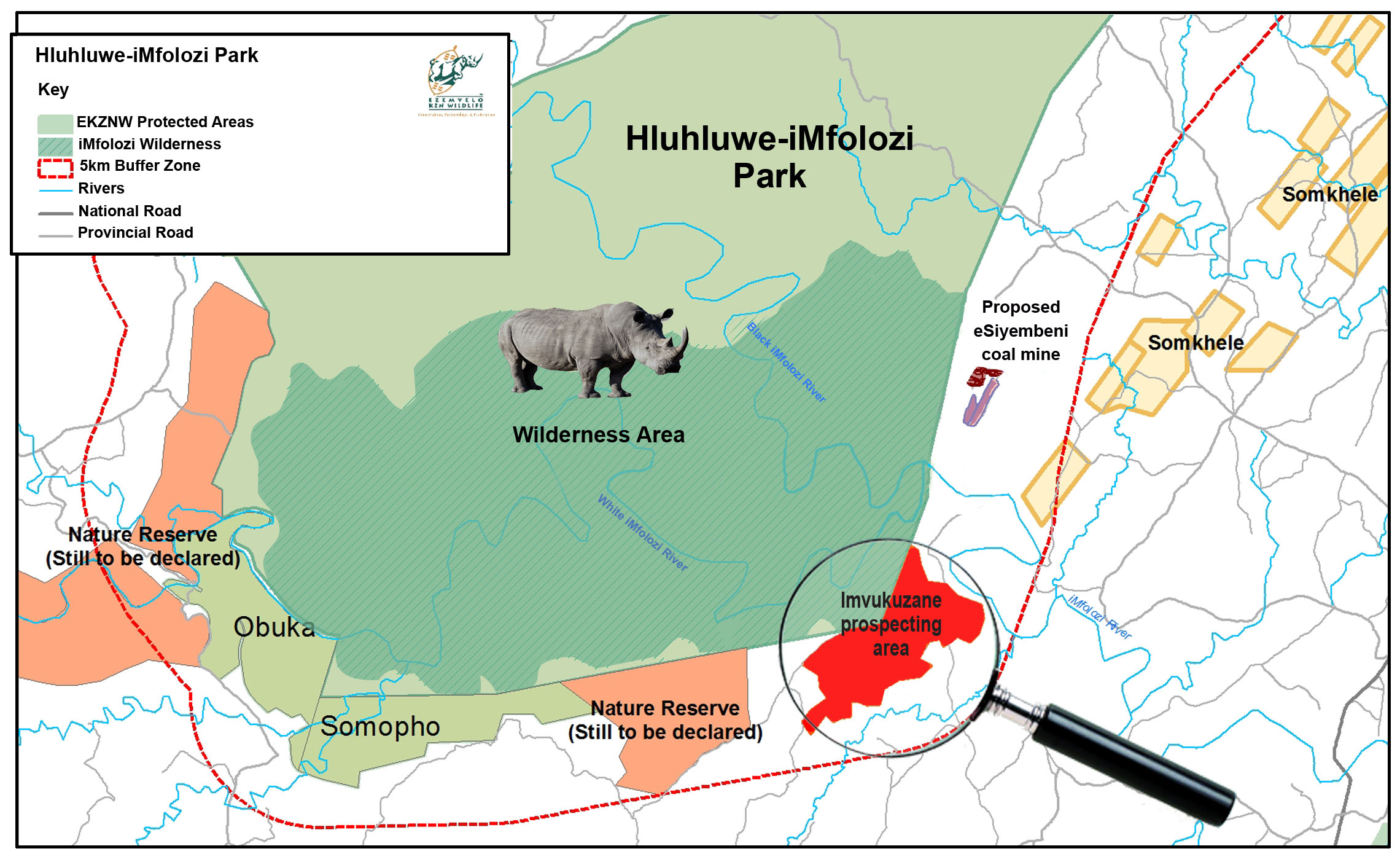 Canyon said Bayoglu planned to participate as a director and managing director of Imvukuzane along with “other interested parties”. They said Sun, Gillespie, Mudogwa, Magudamani and Kamaloodien would not be directors.

On why Canyon and Imvkuzane share the same telephone number, Canyon said some of its employees were requested to provide expertise and consulting services to Imvukuzane.

The company strongly denied suggestions that Canyon was attempting to conceal its interests in prospecting or mining at Fuleni by applying through the back door via an unknown company.

“There is no reason to conceal anything. Any person or company is free to apply for prospecting and mining rights subject to legislation. As you are surely aware and as pointed out above, the process to apply for a prospecting right involves public participation, and all of the documents are made available to the public for their input.

“There can be no applying ‘through the back door’ and in any event is there no need to do so. There will be an open and transparent process which is overseen by the Department of Mineral Resources . . . . It is this kind of suggestion, as you put it, that amounts to sensation seeking when the facts clearly show a different scenario,” Canyon stated.

Asked whether Canyon and its partners were aware of substantial opposition to previous attempts to mine coal in close proximity to Africa’s oldest game reserve and wilderness area, the company said:

“As far as we know, no mining is currently taking place in the area. The only application currently pending is for a prospecting right. The right has not been granted. As part of the process, interested and affected parties are given the opportunity to give comments and inputs.”

A separate company, Ibutho Coal, also applied for mining rights in Fuleni about four years ago, but seems to have abandoned the project following strong opposition from Ezemvelo and local community groups.

Previous studies commissioned by Ibutho to mine the same area suggested that several hundred people would have to abandon their houses, businesses, farming plots and ancestral graveyards if the project went ahead.

The direct impacts (blasting vibration, dust, noise and floodlights) would be felt 24 hours a day for seven days a week for over 30 years.

Apart from the blasting to loosen anthracite coal from the bedrock, the Jacana environmental consultancy suggested that noise from up to 200 coal trucks a day would radiate out to distances of around 1.5km during the day and about 3.5km at night.

These noise impacts would affect the tranquillity of the nearby iMfolozi wilderness area, a specially protected 32,000ha zone established through the efforts of the late conservationist Dr Ian Player. Wilderness areas cover less than 1% of the country’s surface area.

The report said the Ibutho mine would need up to 2,190 megawatt hours of electricity and 105-million litres of water a month, although the neighbouring iMfolozi River was already considered water-stressed.

Surface and groundwater in the vicinity of the mine could be poisoned from acidic mine drainage and other contaminants from mining, while underground mining could also cause the ground to subside.

Nearby, a separate company, Tendele Coal Mining is hoping to expand current mining operations to the eSiyembeni area – also directly adjacent to the wilderness area. DM