GroundUp: DA and EFF at odds over Brakpan land occupati...

GroundUp: DA and EFF at odds over Brakpan land occupation 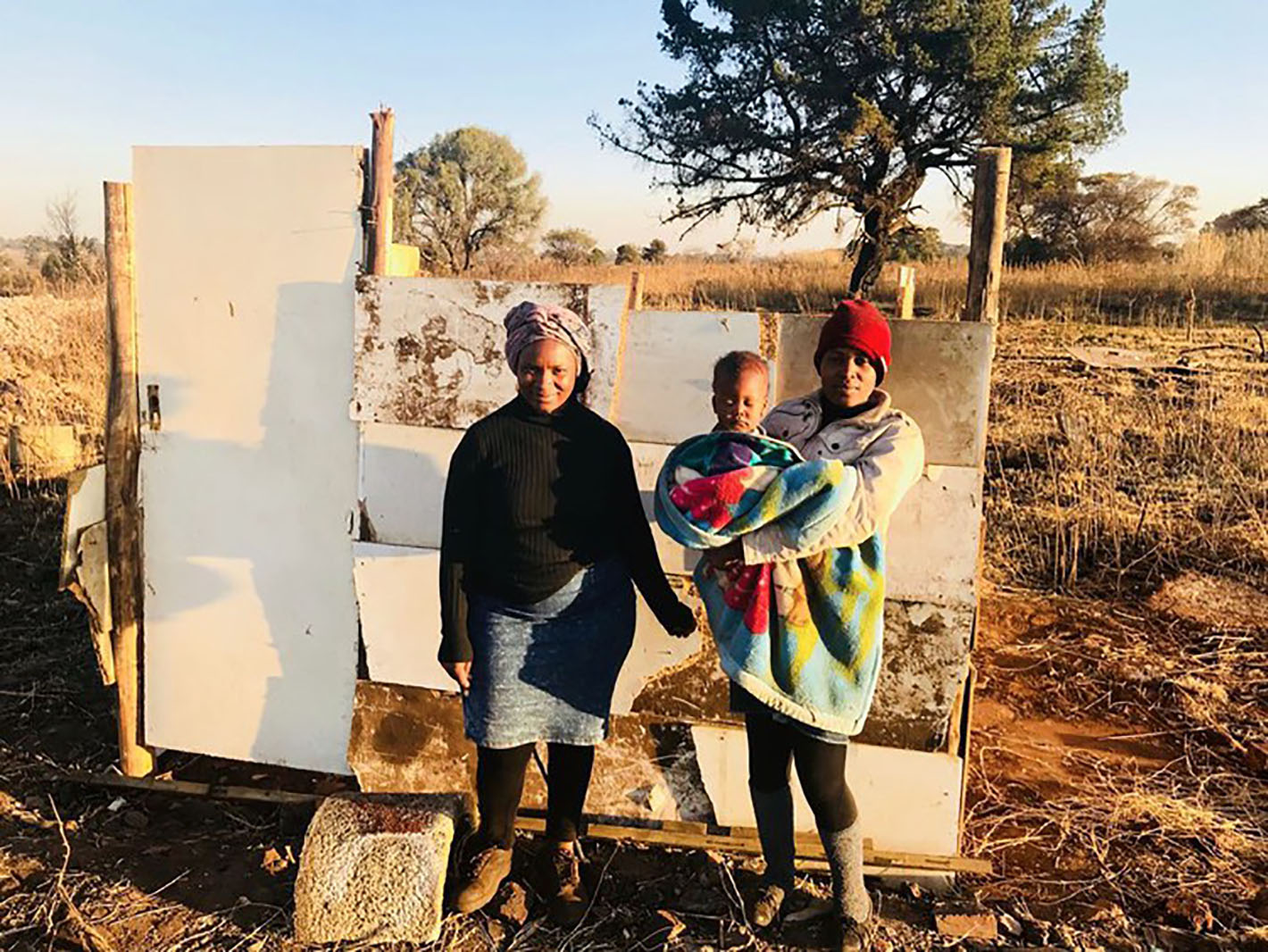 Martha Nthuli and her daughter Simpiwe stand next to the shack that they are rebuilding. Photo: Kimberly Mutandiro

Occupiers want the ward councillor to address them in person.

An EFF-supported land occupation in the Old Brakpan township has elicited condemnation from the DA.

“This is a political stunt,” said Brandon Pretorius, the ward councillor for the area.

Last week GroundUp reported that the EFF facilitated a land occupation in the area. The occupiers were subsequently removed by Metro Police and their shacks demolished. But some people have begun returning. EFF leaders in charge have assured the reoccupation indicating they will be taking the matter to court.

“They should stop encouraging people to occupy that piece of land unlawfully,” said Pretorius.

“The problem is that we are getting people from as far as Soweto occupying the land and at this stage it is difficult to say who are the real beneficiaries for that land.”

But people occupying the land want the councillor to address them in person.

“We have been waiting for the councillor to come and address us, but every time he sends Metro Police,” said Lewis Sithole, one of the occupiers.

DA caucus leader for Ekhurhuleni, Phillip de Lange, has confirmed that a meeting will be held in two weeks time in which Councillor Pretorius will be addressing the occupiers.

So far about 30 people have finished rebuilding their shacks. Others are slowly coming back hoping that they will not be forced to move again.

Martha Ntuli has started rebuilding. After her shack was demolished she, her three children and grandchild were accommodated at nearby shacks belonging to occupiers who are waiting for their case to be finalised in court. One of the occupiers allowed her to use a vacant shack on his stand.

Nthuli insists that it is time to rebuild. She is using cheaper wooden material to rebuild. Her aluminium material was confiscated by Metro Police, she said.

“Well-wishers have given me material to rebuild my shack. I cannot go back to my grandparents home. l am too old to live with them now,” the 37-year-old said.

Ntuli had been renting a shack in Slovo, 5km from Springs. She had gone to live in Slovo after leaving a farm compound in Devon where she lived with her grandparents. A friend had told her about the Old Brakpan township land allocation. She is a single mother and unemployed.

“This land is my only hope for giving my three children a home,” She said.

Joseph Mthimunyi and his wife have also started rebuilding. They had been homeless before coming to the Old Brakpan location. They are now rebuilding a shack using cardboard box material.

“We cannot afford to buy any more aluminium material. As long as the supporting poles are strong the cardboard box shack will do for now. If it rains that’s another story,” said Mthimunyi.

Sesi Ndlovu, chairperson of the EFF in the ward, said they would be opposing the demolitions in court.

“It is a violation of human rights to forcefully remove people from a place they have lived for more than 24 hours,” he said. DM