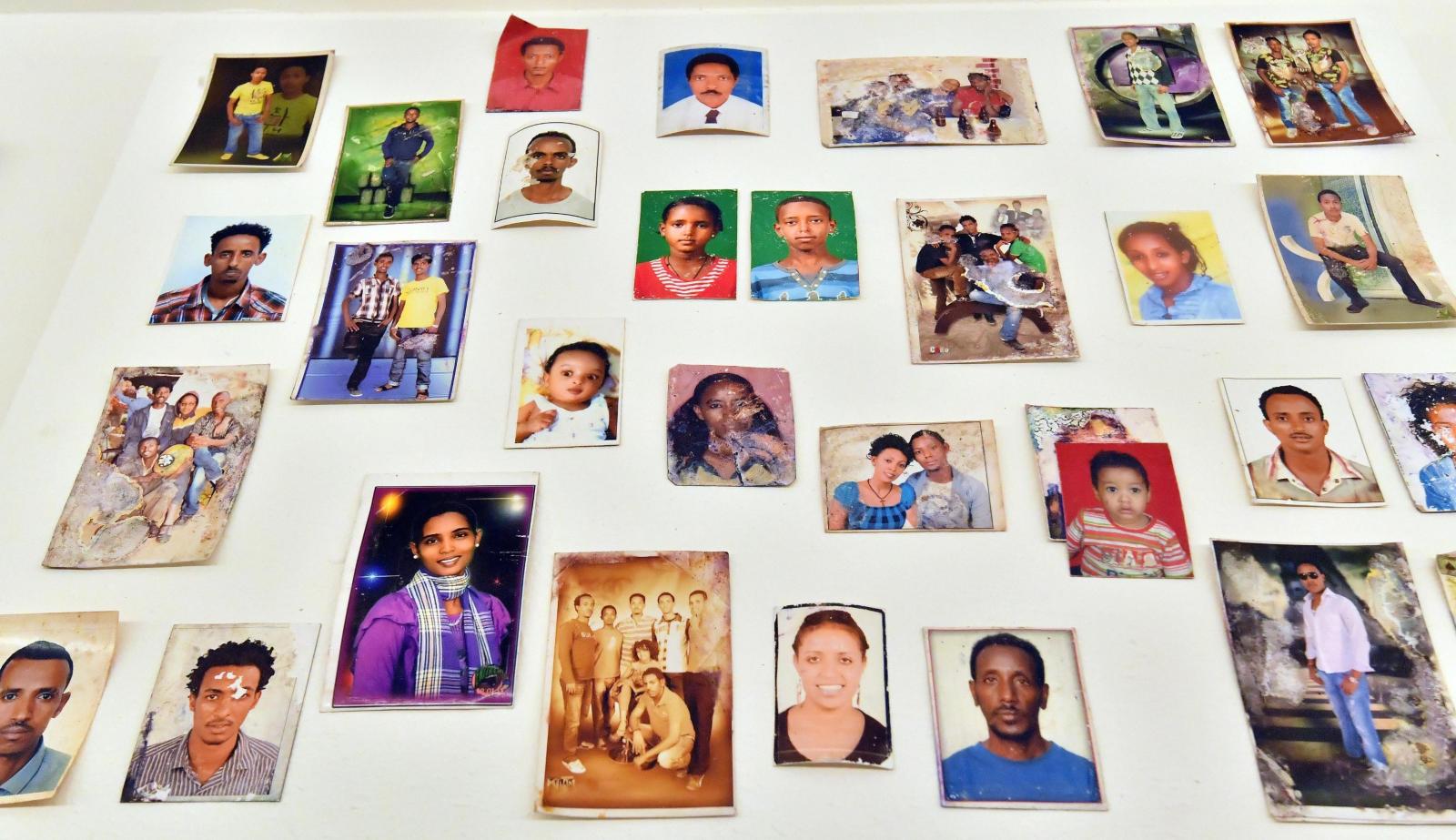 An installation is displayed during the presentation of the art exhibition 'La Terra Inquieta' (Restless Earth), at the Triennale palace of Arts, in Milan, Italy, 27 April 2017. Through the works of over sixty artists from all over the world, including Albania, Algeria, Bangladesh, Egypt, Ghana, Iraq, Lebanon, Morocco, Syria and Turkey, 'Restless Earth' speaks of the epochal transformations that are marking the global scenario and contemporary history, particularly by addressing the problem of migration and the crisis of refugees. EPA/Daniel Dal Zennaro

As the number of undocumented migrants in Algeria increases, a rights-based approach to migration becomes imperative. By Jihane Ben Yahia

Since the end of 2017, thousands of undocumented migrants from Côte d’Ivoire, Cameroon, Senegal, Mali and Guinea have been repatriated – or forcibly deported – from Algeria to Niger and Mali. At least 3,000 people, including asylum seekers, have reportedly been expelled from Algeria since the beginning of the year and more than 6,500 have been deported since 2017.

Algeria argues that the Algerian-Nigerien agreement concluded in 2014 enabling undocumented Nigeriens to return to their home country is part of a voluntary programme. So far, 28,000 Nigeriens have been repatriated. But Nigerien Prime Minister Mohamed Bazoum told the media that this agreement applied to Nigerians only, and urged Algeria to stop evicting other sub-Saharan Africans to Niger.

Algeria’s decision to send sub-Saharan Africans to Niger and Mali has led to diplomatic tensions with the migrants’ countries of origin. Guinean President Alpha Condé has recalled the country’s ambassador to Algiers, and that position has remained vacant since January this year. Mali has also reportedly recalled its ambassador and consul.

It is estimated that between 25,000 and 100,000 undocumented migrants, mainly from Mali, Niger and Burkina Faso, live in Algeria. Most work in the agriculture and construction industries where the demand for labour is particularly high.

But when Algerian Prime Minister Abdelmadjid Tebboune announced the regularisation of migrant workers in July 2017, the local population saw their presence as a threat in a country with a 30% unemployment rate.

Shortly afterwards, the president’s chief of staff Ahmed Ouyahia discredited Tebboune, accusing migrants of bringing “crime, drugs and several other plagues”, and ruled out any regularisation.

Algerian law criminalises the illegal entry into, residency in and exit from the country, but allows those who might be subject to a court’s expulsion decision, to appeal. This process is welcomed.

But the interior ministry can also unilaterally decide to evict foreigners who might “violate the security of the state, public order, morality and organised crime legislation”. The absence of an asylum law shows the lack of political vision on the issue.

And while Algeria ratified the International Convention on the Protection of the Rights of All Migrant Workers and Members of their Families in 2004, several aspects need to be strengthened in domestic law. Currently, Algerian law addresses undocumented migration as a security concern, which appears in repatriation operations.

Amnesty International found that after migrants were arrested in northern cities, they were transferred by bus to detention centres (the existence of which Algeria denied) and to Tamanrasset – the southern Algerian hotspot – and finally to In Guezzam or In Khalil. From there they walked through the desert to Niger or Mali.

No humanitarian organisation took part in these operations – with the exception of the Algeria Red Crescent (which did not react to allegations of mistreatment). The involvement of such organisations could have helped ensure that the needs of migrants were adequately catered for.

Libya’s situation, despite a decrease in the flow of migrants trying to reach Europe, is still critical. International pressure that saw controversial assistance to Libyan law enforcement agencies has translated into stricter border control measures to contain the migration flow. This means that alternative routes are likely to become busier. This, in turn, could increase pressure on Libya’s neighbours.

In 2013, Morocco introduced a new migration strategy that authorities said was “more comprehensive, humanist and responsible”. In 2014 and 2016, some 50 000 migrants were allowed to legalise their presence in the country with a one-year residence permit, which was extended to three years in 2017.

The issuing of residence permits in Morocco is strict, so this was a significant development that could be strengthened even further with the adoption of a law on asylum and migration.

Algeria plays a major role in regulating migration flow between sub-Saharan Africa and Europe but is faced with increasing numbers of undocumented migrants. This raises legitimate concerns for the country.

Algeria has the opportunity to lead the way on peace and security efforts in Africa. To do so, it needs to resolve its policy conundrum by adopting a rights-based approach to migration. This should include applying the principle of non-refoulement in the Convention Governing the Specific Aspects of Refugee Problems in Africa, which Algeria has signed and ratified. DM