Time for SADTU to speak honestly about school safety 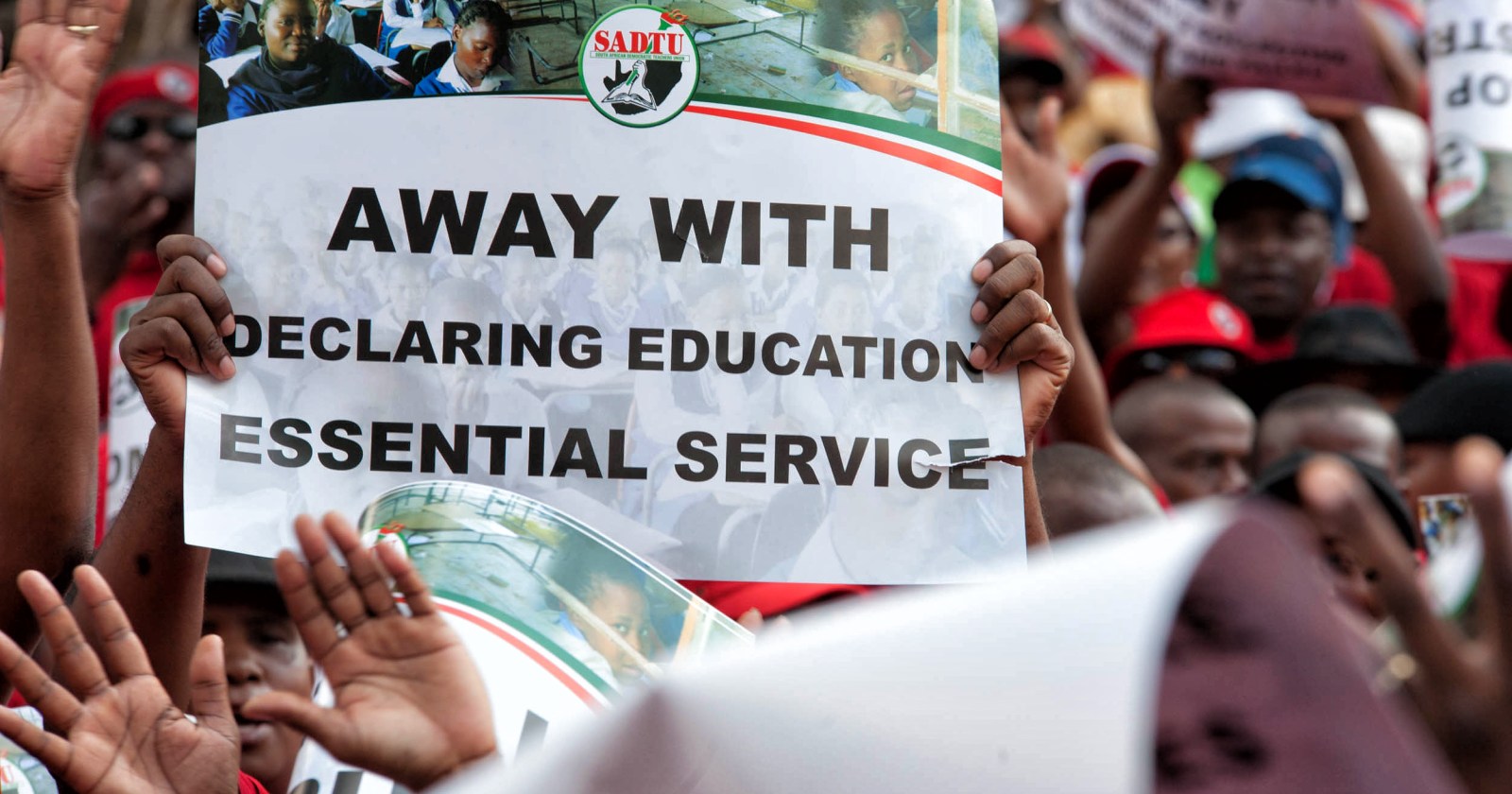 The reaction of the South African Democratic Teachers Union’s (Sadtu) to the Essential Services Committee announcement that it will investigate essential services in education was entirely predictable.

The DA made a request to the Essential Services Committee to investigate the issue out of concern for school safety, specifically suggesting that a minimum standard of safety must be maintained through the presence of responsible adults during school hours.

The Essential Services Committee doesn’t set out to make blanket declarations that an entire industry is essential. For example, nursing isn’t an essential service overall, but certain nursing positions – specifically nursing staff of Intensive Care Units (ICUs) – have their right to strike restricted.

So too with our request. We have not asked for teaching to be declared an essential service, and we are not basing our request on the right to a basic education.

We have simply suggested that during an education sector strike, learners cannot be entirely abandoned to their own devices during school hours. We’ve asked the committee to assist with how best to achieve this, by specifying a minimum service level for schools that would see some staff remaining at school to keep children safe.

A minimum service level at schools should include ensuring that:

·   There is a senior staff presence to provide guidance and marshal resources during strike situations, and to communicate with emergency services and education officials should an emergency arise;

·   Learners are supervised by adults during school hours; and

·   Food provision and services ensuring hygiene and health are not compromised.

If this an outrageous request? That the adults to whom parents and guardians entrust their children should make sure that those children are kept safe?

The Constitution makes it clear that children have the right to not be maltreated, neglected or abused. The Children’s Act states that in all matters pertaining to children, the interests of the child comes first. Together, this means that a child’s right to safety should be the priority.

In response to our position, the only arguments that Sadtu could muster were that lives were not endangered during strikes, and that education sector strikes aren’t that frequent in any case.

But lives are in danger. Consider the example of Eldorado Park Secondary earlier this year, where two learners stabbed one another during a fight that occurred when teachers were on strike and did not supervise their classes.

Essential Services Committee Chairperson Advocate Luvuyo Bono affirmed this concern as the reason for the investigation:

And the claim that strikes are so infrequent as not to matter? From a quick survey of news articles, there have been no fewer than 17 education sector strikes since 2009 (that we know of), mostly by members of Sadtu. Six of those occurred in the past year.

That’s rather more than the single strike every five or six years claimed by Sadtu General Secretary Mugwena Maluleke during a radio interview last week.

Strikes are prevalent and put children at risk when learners are simply abandoned. It’s tragic to be confronted by Sadtu’s complete lack of concern for learners, and for them to engage dishonestly on the issue.

The DA remains firmly committed to ensuring that schools are places where children can learn safely, and urges all stakeholders to engage with the committee’s investigation with this goal in mind.

Anyone can make a contribution to the process by making a submission before 6 July 2018 – it is our hope that for once, the voices of learners, parents and school communities will not be drowned out by the boisterous objections of Sadtu. DM