Notes from the House: Analysis

MalaMala: An example of how land restitution can go very wrong 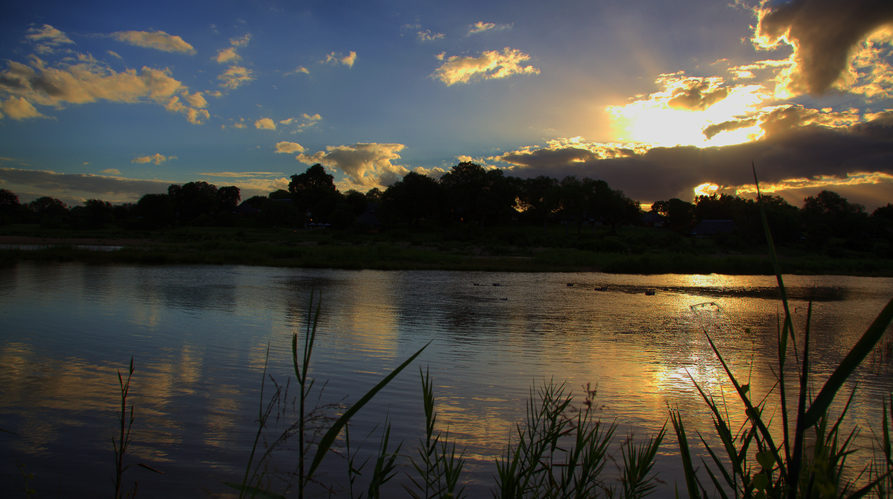 Amid all the talk of land restitution, without compensation or not, and as Parliament’s joint constitutional review committee traverses the country scanning public opinion on whether it’s necessary to meddle with the Constitution to achieve this, or not, the ongoing disquiet over the decade-long MalaMala land deal provides a salutary lesson on the need to tread with caution.

Ten years after the first tentative offer was made on a land redistribution deal that has the distinction of being the most pricey of its kind ever conducted in South Africa, Parliament’s portfolio committee on rural development and land reform is calling for a forensic audit and declaring that it is time that the committee stepped into a clear governance breach.

The obvious question – ie, where has Parliament been all this time was swiftly set aside as MPs took turns denouncing the deal in its current form as “bordering on criminal conduct” and asking one another why criminal charges had not yet been laid, although it remains unclear if the committee itself actually intends laying charges.

There has been talk for some time of disgruntled beneficiaries taking the battle to the North Gauteng High Court and serious tension is known to exist within the governing Nwandlamharhi Communal Property Association, but committee members appeared quite unaware of this, or were keeping silent.

The committee had gathered for a reportback on the much-delayed Restitution of Land Rights Amendment Bill; Communal Property Associations (CPAs) without title deeds; and, last on the agenda, the MalaMala land claim settlement.

Apologies were duly noted from Land Minister Maite Nkoana-Mashabane and Deputy Ministers Mcebisi Skwatsha and Candith Mashego-Dlamini who were attending a Cabinet meeting and it was agreed that there was no need to call on former minister Gugile Nkwinti who oversaw the MalaMala deal.

There was some muttering from the opposition about questions that could not be answered in their absence, but assurance came from the chair that the acting director-general and the Commission on Restitution of Land Rights (CRLR) would take care of anything that came up and any further questions could be tabled at the next meeting or asked in the House or in writing.

The afternoon session got off to a pleasant enough start with Nomfundo Ntloko-Gobodo, Chief Land Claims Commissioner, presenting the MalaMala Report on behalf of the Commission on Restitution of Land Rights. But by the end the committee was outraged to learn that a group of the initial claimants in the MalaMala land restitution of 2014 was not benefiting at all from the record-breaking R1 billion settlement paid out by the government.

A proposal was made for a forensic audit to be conducted as a matter of urgency and committee members described this as “bordering on criminal conduct”.

The committee was told the claim had been lodged in the joint name of the Mafuraga and Mhlanganisweni communities who together formed a single Community Property Association (CPA), but that the Mafuraga have since been inexplicably sidelined and excluded from the deal.

Ken Roberston from the DA said in the light of indications of money possibly going missing “that we introduce a forensic audit on MalaMala” and said if the land commission cannot do this, the matter should be taken up by the Special Investigating Unit.

After hearing the report from the Commission on Restitution of Land Rights, the ANC’s Andrew Madella said of the MalaMala deal, “this doesn’t speak of empowerment at all” and warned there was a need to be cautious of people who come into a community that is “vulnerable” and “[forced] them into signing deals that will actually cause poverty. Unscrupulous people will become instant multimillionaires at the expense of the people,” he said.

His colleague Mamagase Nchabeleng said it was important that such issues be brought out into the open. “People who are supposed to be beneficiaries from this process are not getting value for the land they are given and their conditions are worse than they were before the MalaMala deal was signed. There are beneficiaries who are excluded from enjoying the benefits of their own sweat and tears.”

He concluded that “the duty of this committee should be to expose corruption and action must be taken”.

This is the latest twist in a convoluted decade-long land restitution deal that almost reached the Constitutional Court. In dispute was R989-million agreed to by the seller in 2008 for the more than 13,000 hectares claimed as ancestral land by the local communities.

Then the land minister rejected the deal, saying it was exorbitant and unaffordable for the state, and the Land Claims Court and Supreme Court of Appeal in turn agreed. Set down to be heard by the ConCourt in 2013, the minister, in an unexpected about-turn, had the case suddenly removed from the court roll, and an out-of-court settlement was reached. Except by then the total cost had increased to R1 bn.

The land in Mpumalanga, on the border of the Kruger National Park, is in the seven-star MalaMala game reserve, the preserve of only the very wealthy.

The agreed R1 billion included R77-million for “improvements” and another R7-million for movable assets, but also offered a co-operative management deal which included use of the MalaMala brand at no extra cost. Someone was going to benefit hugely, but it turned out that was not to be the intended beneficiaries.

If the final aim was to be black community empowerment, this was a protracted route to it. The MalaMala Ranch (Pty) Ltd stake will diminish over time until the community holds the majority share, in 25 years.

Like so much promised in the name of transformation, this could have been a restitution deal that changed lives. Except it all went horribly wrong, as have so many opportunities that are granted by our new dispensation but executed by those who recognise a deal brimming with self-serving potential and have no compunction about taking full advantage of it.

What has been achieved so far? In its first year of inception, the MalaMala joint venture paid a dividend of R40-million, equivalent to 83% of the 2017 financial year’s after tax profit. R12-million of this constitutes the 30% due to the community and was paid to the company, Monzo.

Monzo paid R6-million of the R12-million to the CPA. Over and above that, 84 community members are permanently employed at MalaMala and 15 community learners have been enrolled at various education and training institutions through bursaries which are funded by a “community levy” that is paid by each guest. From November 2014 to date, R5.5-million has been raised by the community tourism levy.

During the three-hour-long discussion, the name came up of former land minister Nkwinti, who bought the land from MalaMala Ranch (Pty) Ltd, apparently on behalf of 960 families. In so doing the minister effectively spent almost the entire annual land restitution budget in one go. And it emerged at the meeting that only 250 families have benefitted.

Also mentioned was ex-chief executive of South African National Parks, David Mabunda, who was said to have pocketed more than R80-million from the deal through share-holdings in this land, before moving on to KZN SanParks and finally disappearing from SanParks altogether.

A name that kept coming up was “Derick”. This turned out to be a Derick Mthabile who had served as the lead negotiator representing the claimants in the run-up to the final settlement; the Mafuraga and Mhlanganisweni communities acting as a single entity in the joint claim. Despite all that was said at the committee meeting about him, it was never made clear how it came about that by the end of the negotiations he represented only the Mhlanganisweni, and still does.

Ntloko-Gobodo, who is Chief Land Claims Commissioner of the Commission on Restitution of Land Rights, confirmed:

“When the settlement agreements were signed, and when the verification was done it included both parties. The list incorporated both Mhlanganisweni and Mafuraga. There was no point where they [were] not seen as one. It was only after the settlement was done and it was time for the money to come in that it suddenly arose that they are two separate groups and not together as one.”

The result – a lot of impoverished people are still living in the area surrounding this island of excessive wealth, without access to it or any of the benefits listed in the deal.

What was being done about this, the committee asked? Ntloko-Gobodo’s reply, in short, was “the commission has undertaken to review the process and deal with whatever issues arise on verification to resolve the entire impasse”. DM