The questions the party and the mayor should answer 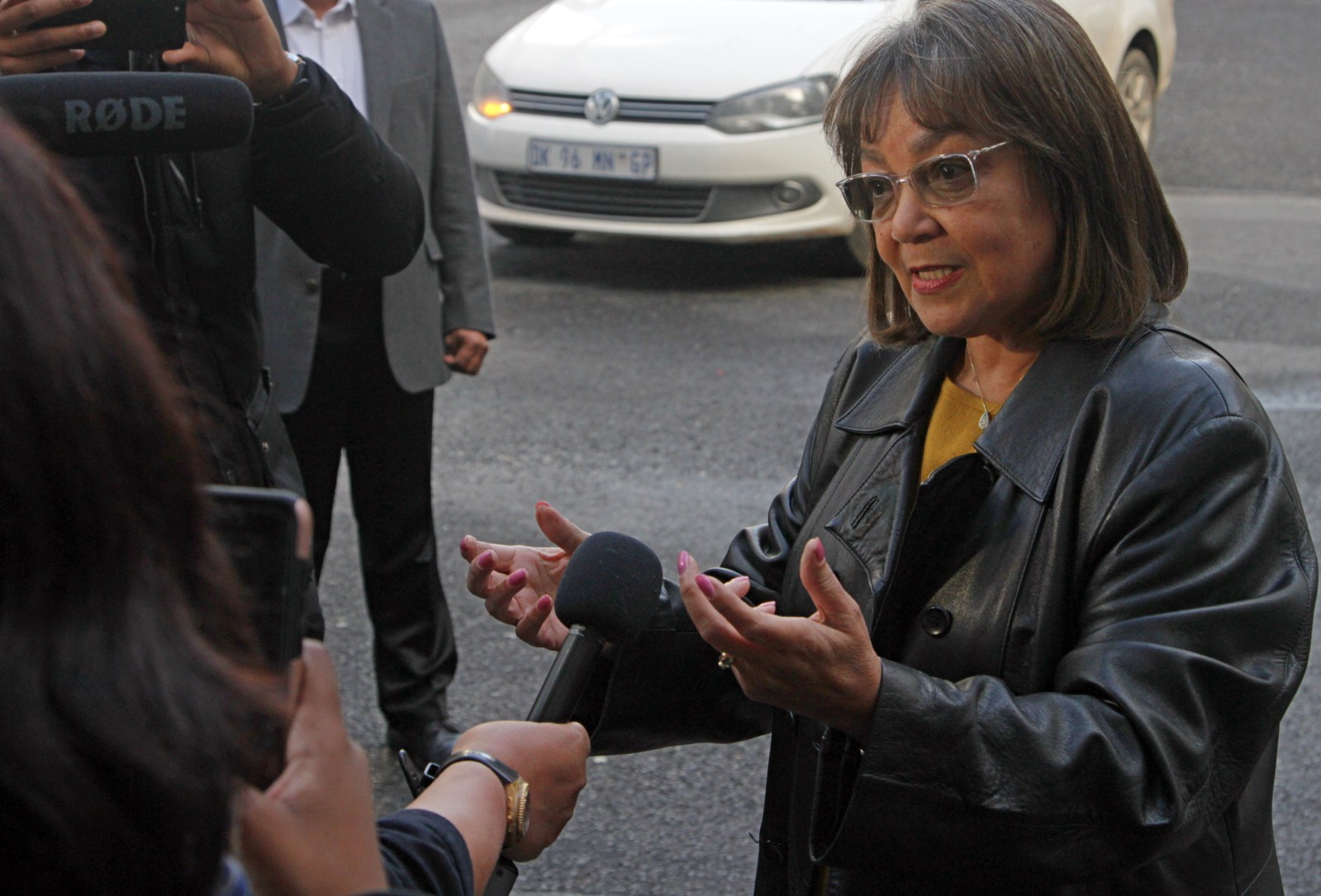 Cape Town Mayor Patricia de Lille may have won her court battle to retain her membership of the DA, and by extension her mayoral chain. But she is still facing the party’s internal disciplinary charges. On 28 June 2018 De Lille was back in court to fight for the documentation which the DA used as the basis for accusing her of wrongdoing, but the matter was postponed until November. There’s no end to the saga in sight – but if both parties would answer a number of simple questions, perhaps we could all move on a little quicker.

Why is the DA misrepresenting De Lille’s position on the Steenhuisen report?

The DA says that De Lille has received a copy of the Steenhuisen Report – the internal report which the DA used to institute disciplinary charges against her – and is lying when she says she hasn’t.

It would be bizarre for De Lille to claim to have never set eyes on the Steenhuisen Report, since anyone who wants to can check it out online.

“I was never given the evidence presented to the Steenhuisen subcommittee nor the source (identity of complainant) or context (time and place of my alleged conduct) of any of the allegations”.

Why doesn’t De Lille understand the importance of protecting whistle-blowers?

De Lille is asking the DA to provide her with the identity of those who reported her alleged wrongdoing within the City.

As a politician who built her reputation in no small part on blowing the whistle on the controversial arms deal, she surely must respect the basic principle of protecting whistle-blowers.

At the same time, De Lille clearly wants to test whether the charges against her are based on nothing more than personal grudges or hearsay. Which brings us to:

Why doesn’t the DA release the hard evidence against De Lille?

The SMS which is the central piece of evidence against De Lille has already been shown to journalists and is circulating online.

It appears to have been sent by De Lille to her (at one stage) right-hand-woman Xanthea Limberg, when Limberg was on a panel interviewing for the city manager position, and it reads: “I want to keep Achmat so score him highest”. This was apparently in reference to candidate Achmat Ebrahim.

It is totally unclear why the DA did not lead with this evidence in the first place, since if it is legitimate it constitutes a prima facie case of political interference with appointments and would alone be grounds for harsh sanctions.

Since De Lille has succeeded in kicking a cloud of obfuscation over whether the DA’s charges against her have any kind of basis whatsoever, it would be in the DA’s best interests to clearly lay out to the public the dossier of hard evidence against the mayor – with names redacted if necessary to protect identities.

De Lille has repeatedly stated that she wishes her disciplinary proceedings to take place in the public eye, so she can hardly object to this.

Did De Lille send the SMS to Limberg: Yes or no?

De Lille has thus far managed to avoid giving a straight answer to the question of whether she sent the SMS in question or not, by deflecting to the issue of not being presented with the evidence.

If she denies sending the SMS, what is her explanation for it? Is it her claim that her phone was hacked, or that the message was doctored in some way? And if so, is she willing to submit her phone or message records for analysis in this regard?

On what basis does the DA say removing De Lille from the water crisis enabled them to push back Day Zero?

Here’s another statement from the DA’s Mazzone this week:

“[De Lille’s] removal from the drought and water management has allowed the City – along with the residents who continue to save this precious resource – to push back Day Zero for 2018 and 2019. Removing her has allowed the officials to do everything possible to save and augment water and plan in a rational and evidence-based manner.”

This seems an extraordinary claim. When Daily Maverick asked deputy mayor Ian Neilson for evidence of it on June 28, he replied:

“I think the key thing we implemented [after removing De Lille from the water crisis] was putting out very significant amounts of information to people. There was a lot of information that had been held back; the information we put out on our websites, for example, was significant, and we continued with that. We also then drove the whole programme of further water reductions. We introduced the tougher measures in terms of tariffs etc. We knew these were unpopular, but we knew they were essential. And I think that’s the key issue.”

He admitted that some of these measures had already been implemented when De Lille was on the water team, but “it had not been as far as necessary”.

You decide whether that amounts to a firm case for the argument that removing De Lille saved Cape Town from Day Zero.

Where is Mmusi Maimane in all this?

Despite the fact that the De Lille saga represents the greatest reputational threat to the DA since its inception, party leader Mmusi Maimane has been notably silent on recent developments.

This is also despite the fact that he was directly fingered in this week’s court judgment in De Lille’s favour, with the judges finding that Maimane should not have been on the party’s federal legal commission panel which determined De Lille’s fate.

Instead, responsibility for the De Lille matter appears to have been farmed out almost exclusively to DA deputy federal chairwoman Mazzone, who has become the public face of the conflict in a way that can surely only be career-limiting for her.

Will you wake us up when it’s all over?

That’s a question for everyone involved. DM