END OF AN AGE 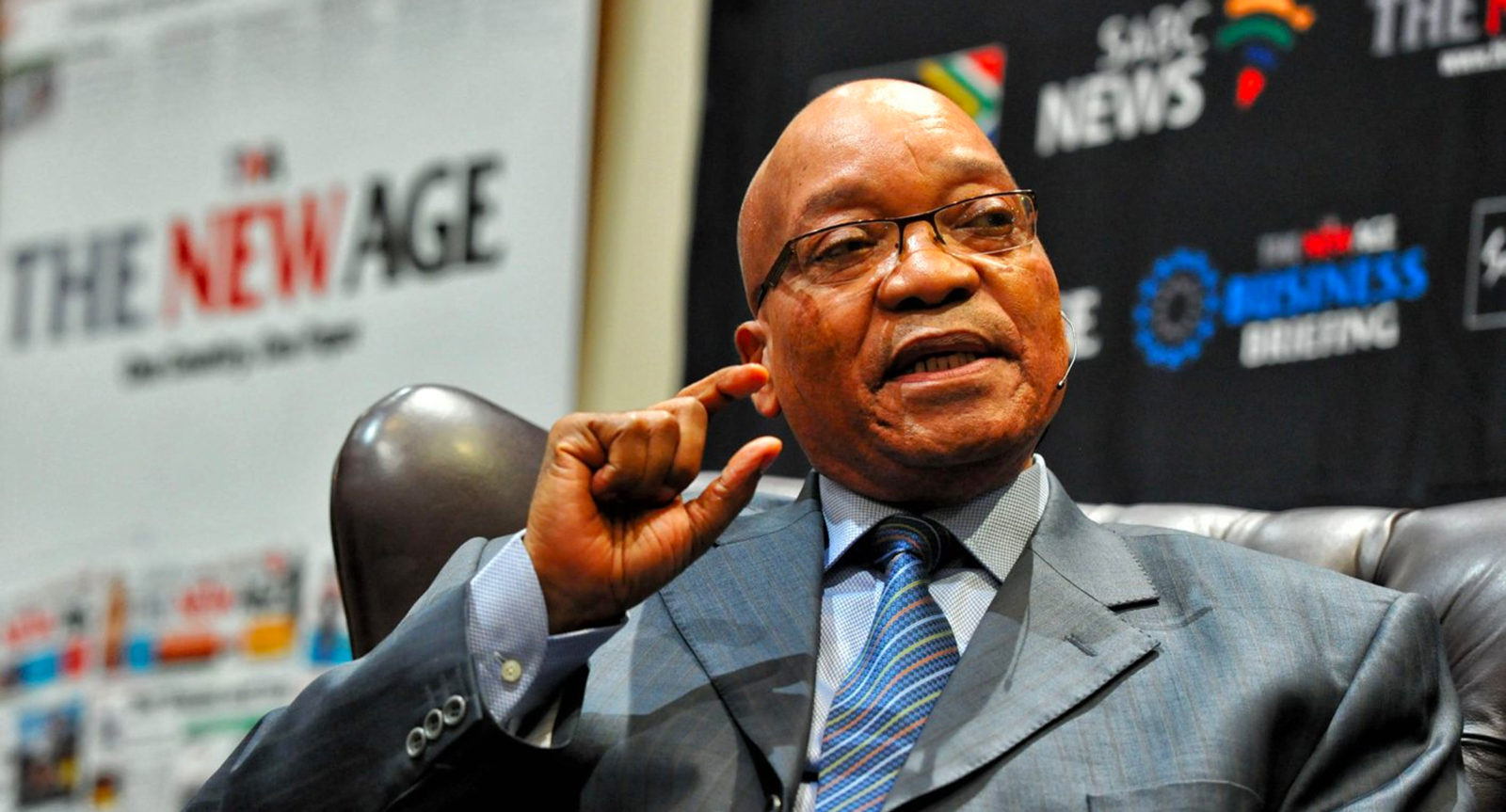 Some Afro Voice (formerly The New Age) reporters were out on news stories on Thursday, oblivious to the fact that they no longer had jobs. While they were gathering news that would never be published, their boss Mzwanele Manyi was announcing to staff that it was all over, bar the gnashing of reporters’ teeth. The question on their minds: who would now employ a Gupta journalist?

(Full disclosure: As a young reporter, Qaanitah Hunter was briefly employed by The New Age)

Just as some staff members were finalising their stories for Friday’s edition of Afro Voice, formerly known as The New Age, Mzwanele Manyi called them for a meeting, saying the paper was to shut down immediately.

As a courtesy, he said, they will be paid a month’s salary at the end of July even though they will not report for work.

Journalists and editors had no inkling of the move and some were still out on stories when the announcement was made.

They were told to pack up their things and leave immediately.

The sudden decision to close up shop comes 10 months after Manyi purchased the former New Age newspaper from the Guptas for an initial R150-million through a vendor financing deal. He was meant to pay R300-million for the the 24-hour news channel, ANN7.

At the time, Manyi reassured staff that they would not lose their jobs.

He was triumphant at becoming a media owner and, according to some close to the deal, really believed he could turn it into a money spinner for him.

But it was only after he took over that he realised he had been given a raw deal.

The New Age’s income was a drop in the ocean compared to what he had expected as advertising had dried up due to the Gupta scandals, and the provincial ads they once relied on were not enough to sustain the paper.

Sponsorships from State-owned Entities such as Eskom and Transnet turned non-existent and GCIS ad spend dwindled because the paper’s readership figures could not be properly verified.

Further, Manyi learnt, the media business was not fun and games. The potential of attracting advertisements outside of government channels was bleak.

For a while, the paper ran on autopilot while Manyi focused his attention on ANN7.

Editors struggled with few resources to produce the paper’s different editions but it was not anything new – things had been just as bad under the Guptas anyway.

In April 2018, Manyi announced that the price for the vendor-financed deal he had with the Guptas was lowered and the debt was paid in full.

That amount was never disclosed but may as well have been the price of a bag of chips.

The Guptas needed to let go of all loose ends as they prepared to flee to Dubai with law enforcement on their tail.

They literally abandoned Sahara computers which was their flagship business and staff there were told not to go back to work.

Manyi realised soon enough that the ghost of the Guptas past would always haunt him and his dream of being a media boss.

In May 2018, the company announced that it had taken a “strategic decision” to break away from the scandal-ridden fugitive Gupta family, and would rename the paper Afro Voice while ANN7 would be Afro World View. The renaming process was not half as terrible as the name itself.

Staff members took a breath of relief at this point, as there seemed to be some stability in the business.

But fewer and fewer people picked up the paper and the cost of circulation became too expensive to bear. Worst still were the printing costs.

Manyi was triumphant until earlier in June when he announced new shareholders in his Afrotone Media, the owners of Afro Voice and Afro World View. He named Zamaswazi Dlamini-Mandela, Unathi Mguye and Sifiso Mthethwa as the new shareholders in the “first 100% black owned media company”.

He boasted at the time that the company was 100% black owned, employed more than 500 “mainly black people” and was debt free. The company also boasted that it was run by black managers and had more than 90% local content.

So what has happened between 5 June, when that announcement was made, and 28 June when the paper was shut down?

It is anyone’s guess, but there are some indications that Manyi realised that printing a national newspaper was far too expensive to sustain itself, let alone make money.

The other possibility is that Manyi needed to fold the paper so that he could use its resources to pump into the TV station as it stands in line in the bidding to retain its licence from MultiChoice.

MultiChoice, which owns DStv, is expected to announce at the end of July who the licence would be given to. ANN7’s previous licence comes to an end in August.

While many of the experienced Afro Voice staff members have left for greener pastures, the newsroom is still filled with young journalists desperate for their meagre income.

A staff member wept as she explained how she has become unemployable because “no one wants a Gupta journalist to work for them”.

The media industry is tight in itself. Other big organisations are facing restructuring and South African media’s general unemployment situation won’t take kindly to this.

It was unclear how many people would be affected by this, because besides editorial staff there are a number of administrative, finance, sales and other support staff members who work for both TV and the paper.

Manyi did not answer calls from Daily Maverick after the decision was made.

For Manyi, who has come from the Government Communication space, a newspaper would be easy money. When you look at how much government, provincial governments and municipalities spend on adverts for tenders, jobs and programmes, the business can seem tempting. But it seemed politics was not on his side. No minister or high-ranking bureaucrat wants to be seen within an arm’s length of the Guptas and their associates.

Manyi is a Gupta associate.

Further, while The New Age was the foundation for the building of the State Capture pyramid, it wasn’t lucrative in itself. The Guptas media entities were leveraged for and through other deals with provincial governments and state-owned entities. The Guptas eventually used it as a vehicle to wield power more than to make money. In fact, it was a symbiotic relationship between the two.

Manyi’s decision to shut down Afro Voice will have devastating and lasting effects on its employees’ lives. While he may justify his decision, his modus operandi has been seen by some as callous and brutal. One is tempted to call Manyi’s media transformation rhetoric a farce – it seemed rather like a get-rich-quick plan gone wrong, at the cost of the jobs of hard-working journalists. DM